What are the best action anime of 2022 to watch? With so many action anime series coming out year after year, it can be hard to find the best ones that are worth watching. Luckily, this list features all of the most popular and highly-rated fighting anime shows of 2022 that you should really watch!

The action-packed theme can be divided into many sub-genre, like romance, fantasy, isekai, and so on. That’s what makes those action-themed series among the most-watched ones in the anime industry.

With no further ado, here is the list of the best action anime series of 2022 to watch, which are all about compelling stories, unique animation styles, and engaging characters.

Starting our list of the best action anime tv shows of 2022 with The Black Summoner or “Kuro no Shoukanshi”. An action fantasy anime that follows Kelvin our protagonist, who gives up some memories from his former existence in return for extraordinary skills, increased boosters, and an S-class spell caster title in order to prepare for rebirth in another world.

As an added bonus, Melfina, the goddess who facilitates his rebirth, provides him the option of any partner to help him get started in his summoner duty. Kelvin, who fell in love with Melfina at first sight, quickly picks the goddess, believing that his ardent affection for her will reemerge even if he loses all of his memories. Kelvin sets out on an exciting new adventure with Melfina as his guide.

Sadly, in order to summon his loving goddess’ actual form, he must first accumulate a huge quantity of mana points. And the only way to do so is to level up by defeating powerful opponents and forging agreements with even stronger allies. 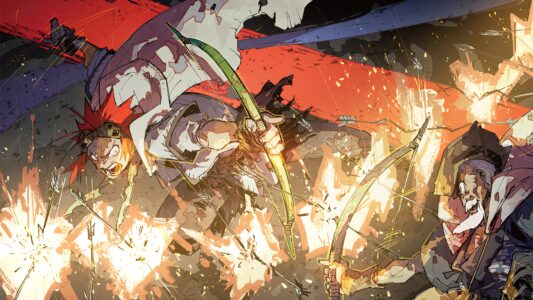 Sabikui Bisco is a 2022 action anime that follows the aftermath of a terrible tragedy that has devastated Japan, leaving nothing except endless sandy plains in its wake, and a weird rusting sickness terrorizes the surviving civilization. According to the authorities, the new world’s horrible state is the consequence of mushroom spores dispersed by people like Bisco Akaboshi, called the “Man-Eating Mushroom.”

Bisco, on the other hand, would beg to disagree. In actuality, he is a “Mushroom Defender” on a mission to find the mythical “Sabikui” mushroom, which is considered to be the key to resolving the rusting illness. His enormous crab Akutagawa and the gentle doctor Milo Nekoyanagi, who is aggressively seeking a rust poisoning cure for his ailing sister, join him on his quest. Despite the hatred directed at him by the general public, Bisco refuses to abandon his goal to sanitize the decaying globe. 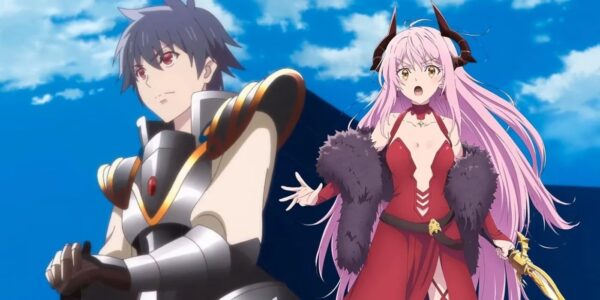 I’m Quitting Heroing is an action anime that centers around the story of a demon queen who started invading the human realm, and Leo Demonheart the hero who stopped her in her first invasion.

Instead of appreciation or adoration, Leo is received with hatred and disgust by his own people, who fear his tremendous power and believe it would lead to humanity’s extinction. Leo has been exiled from the country he once inhabited, and he travels blindly around the land. 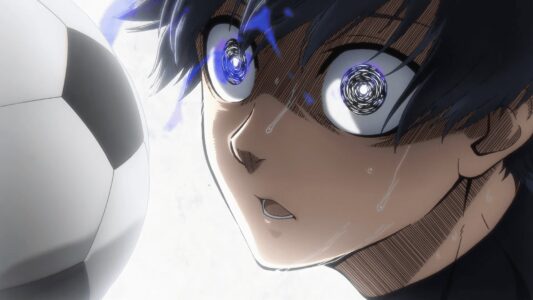 This one is a well-known anime about the sport of soccer. It’s a Japanese soccer series that follows young players as they progress through time. It takes a different approach than most sports anime.

Blue Lock sports anime is a series written and drawn by Muneyuki Kaneshiro and published by Kodansha. Our primary character’s narrative is quite interesting. He will strive hard to realize his dreams of being Japan’s top striker and helping the team win the World Cup. 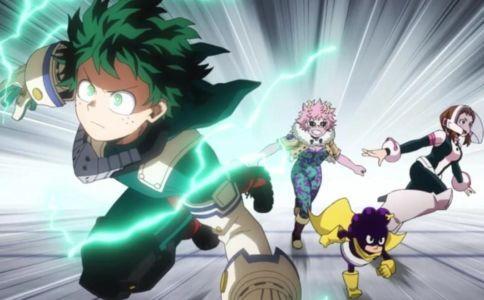 My Hero Academia season 6, still proves even in 2022 that the show is one of the best action anime series of all time. It has one of the best fight scenes ever. The series also deals with a lot of complex themes like power, responsibility, friendship, and teamwork.

Izuku Midoriya, our main protagonist does not inherit any of the normal powers like flight or super speed from his parents. Instead, he endures long hours of training with the hopes of eventually becoming the world’s greatest hero. My Hero Academia’s fight scenes are intense and exciting with high emotional stakes. 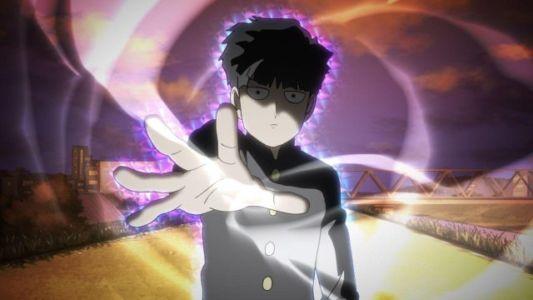 Speaking of the best action anime of 2022, Mob Psycho 100 is here again with a new season that features great fight scenes with high-octane action, character development, and humor. The show was created by Yusuke Murata who is known for his fighting scene art in various popular manga like Eyeshield 21.

Mob Psycho 100 is a good fighting anime that depict a variety of different psychic powers that keep viewers entertained till the end.

With its outstanding visuals, the series quickly became a hit all around the world. Despite this, the battles between psychics in Mob Psycho 100 are not real, they are just portrayed through special effects. 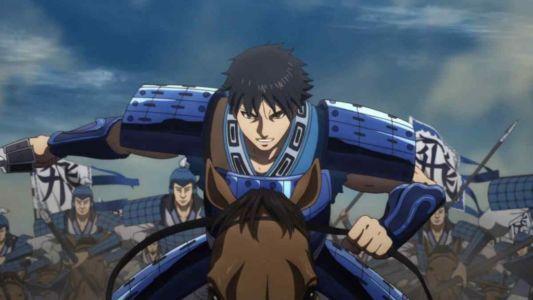 There are many different types of historical anime, a genre that has its own set of basic traits that make it unique from others.

Kingdom season 4 is a good action anime of 2022 that features cool physical fights, be it sword fights or fist fights, the series will really make you get hooked.

Kingdom follows Xin as he makes his first steps into China’s blood-soaked history. On his long journey to become a Great General of the old Seven Warring States, he must forge his own road to fame. 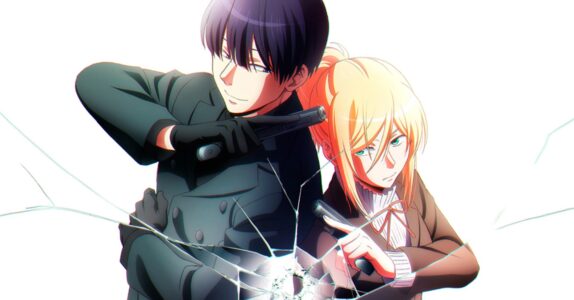 Watching action anime can be an exhilarating experience but it can also be a battlefield of emotions. This is a show that features some of the most intense scenes that may leave viewers’ heads spinning.

The story follows a bounty hunter known as “Chateau Dankworth” who has trouble remembering her past.

Love of Kill is one of the best action anime with exciting fights and battles in 2022, it has reached billions of views on many streaming platforms, outranking even the most popular tv shows of all time.

Coming up to number seven in our List of the best action anime in 2022. Written and illustrated by Yasuki Tanaka. Summer Time Rendering, is an action anime mixed with mystery and thrill and gives the best suspense scenes.

Following the story of Shinpei Ajiro, a boy living with the Kofun family and their two daughters, after the death of his parents. Despite leaving his native island to further his studies in Tokyo, Shinpei returned when Ushio one of the kofun family’s daughters, accidentally drowns while attempting to save a little girl.

His closest friend tells him about bruising discovered around Ushio’s neck during the burial, putting doubt on the reason for her death. Shinpei reevaluates previous events after suspecting a murder, but odd happenings continue to occur. 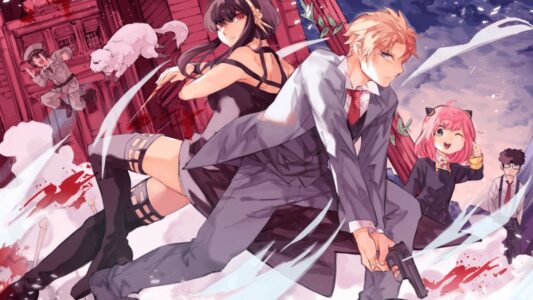 Spy x Family part 2 is a continuation of the action slice of life anime SpyXFamily released in 2022. The series follows the everyday life of a spy, who’s in love with his family. Twilight is a mysterious master spy who goes underground on operations to help the world develop. The strain grows when he is handed the impossible goal of marrying and carrying a child.

Twilight’s desire of doing tasks by himself is something that he should keep in mind since it is unlikely to be of much use. It is sometimes necessary to use resources that you do not have simple access to. Twilight requires assistance with both his daughter and wife in this scenario. What he doesn’t realize is that the lady he picked would be an executioner and a child. 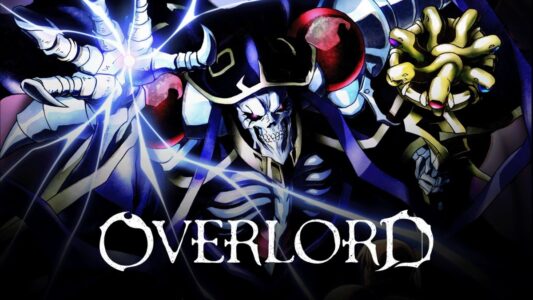 Once again in 2022, we can continue watching Overlord, an isekai Japanese anime and manga series written by Kugane Maruyama with illustrations by so-bin. Yggdrasil, a famous virtual game was about to stop. Meanwhile, The protagonist of this anime is a Demon Lord in the game. Therefore, he decides to spend his final minutes in the game as the servers start to close down.

While many players might be screaming at the top of their lungs now, Momonga’s character has remained extremely focused, leaving the NPC’s to form their own identities.

Attack on Titan is an action anime that has an impressive and diverse range of fight scenes. It also has a great story with a thrilling plot that leaves you breathless.

Not only a good 2022 action-themed anime, but Attack on Titan is also one of the most influential action anime of all time. The series has a deep and complex story, complex characters, and amazing fight scenes.

Because it has such an incredible scope and handles a lot of cases it’s hard to find good review videos that don’t spoil the plot.

The plot is overall highlighting a conflict between mankind and the titans, fighting for freedom. 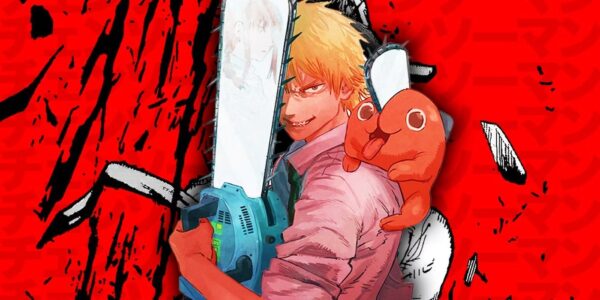 Chainsaw Man is one of the most awaited action anime of 2022 since it was a popular manga that fans had really wished to see its adaptation as soon as possible. The synopsis follows a young man who kills demons for the yakuza to cover his heavy debts. Denji is obligated by the yakuza to slay demons in order to be debt free. He is willing to go this far for money, using his dog devil Pochita as a killing tool.

Regrettably, he has reached his limit and got assassinated by a demon working for the same gang. When things reached this far, Pochita grants him the powers of a chainsaw devil by emerging with his master’s dead corpse.

Chainsaw Man is an anime that offers epic fight scenes that can be chaotic and messy, but they are also quite entertaining. The action is choreographed well and it’s fun to watch the characters go at each other – sometimes one-on-one, sometimes with different groups of people.

2. The Rising of the Shield Hero Season 2 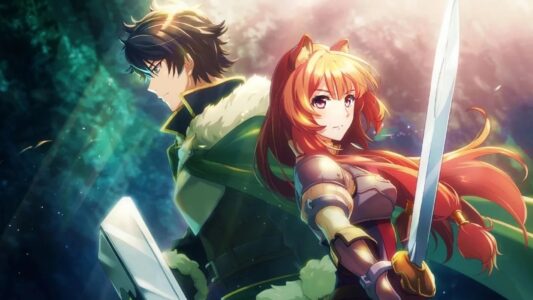 Shield Hero Season 2 has some of the best action scenes of any anime of 2022. With this season, the story takes a drastic turn for Naofumi Iwatani and his party, who have no time to waste, because there is another wave that is due in a week. But when bat familiars raid Lurolona Village, and the wave countdown comes to halt, the Four Cardinal Heroes reconvene with the queen, Mirelia Q Melroma.

The Queen thinks that the odd occurrences are linked to the Spirit Tortoise – a threatening creature, back from its slumber to cause havoc. A plan to put the Spirit Tortoise down is devised – but only out of the four heroes- Naofumi is willing to help. 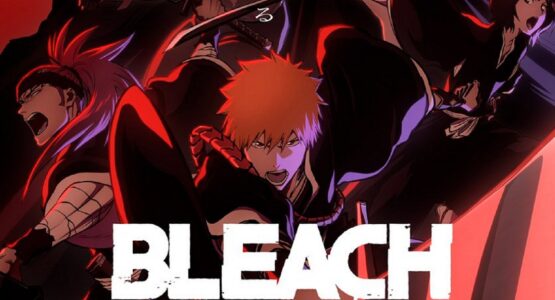 We are lucky because one of the best action anime of 2022 releases is Bleach, a popular series that we have missed so much.

Ichigo Kurosaki became a substitute Soul Reaper after an accident, which made him get caught up in the turmoil at the Soul Society. Luckily, Ichigo’s friends helped him through a series of challenges that he overcame, thus making him stronger.

In this new season, the story kicks off after Soul Reapers and a potential new enemy appear in his hometown of Karakura, Ichigo jumps back into the fight with his Zanpakuto to help those in need. Meanwhile, the Soul Society is watching a sudden surge in Hollows being wiped out.

They also receive reports that others have gone missing. Even the headquarter of the Soul Reapers comes under attack by a group calling themselves the Wandenreich.

Led by Yhwach, the Wandenreich declare war against the Soul Reapers with this message: “In five days’ time, the Soul society will be entirely annihilated.” We are not about to let a thousand years of history and truth hid by those Soul Reapers continue any longer.

With Ichigo’s final battle here, all things must come to an end.