Top 10 Anime with the Best Animation Ever 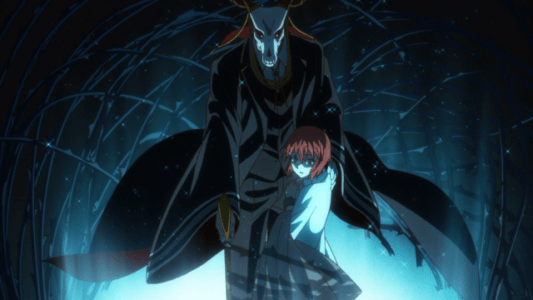 Does fantastic Anime Animation Style cover for mediocre Story? well, Yeah, i think so specially among real anime fans who want a 10/10 series that has everything.

Welcome to this list of anime series with best animation that will really catch your eyes, and make you wanna sink into these fantastic fantasy realms.

we will be covering only the best anime tv shows that are so good, in all aspects, be it the story, animation, or soundtrack. Because for a tv shows to be so good, it must have a unique plot, a good studio that can animate a show that makes fans craving for more every week.

so lets the countdown begin!

10. Land of the Lustrous 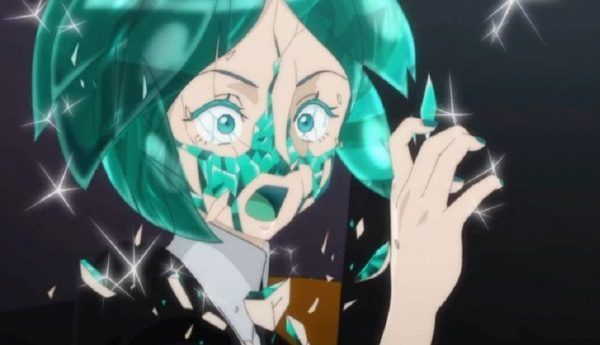 This anime is so underrated and the moment i saw it, it was different from any other series i have ever seen.

It’s An Anime that has a good and unique storytelling and one of the most beautiful animation ever made, it really stood out and deserves so much love.

the plot is full of mysteries and unknowns things to uncover, what happened to the world to become like this? Instead of flesh, their bodies are made of living crystal, allowing them to survive a world too toxic for humans. But their gem bodies also attract a terrible danger: the Lunarians, who hunt the gems and use their shattered forms to make jewelry.

9. Your Lie in April 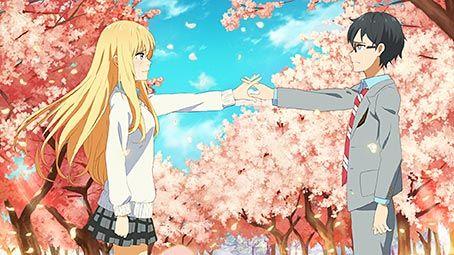 Your Lie in April is animated by A-1 Pictures studio, they really done an amazing work, as this anime really got the best animation that catch the eyes, it is so solid and up to compete with today’s standards.

The characters designs are pretty unique, and the soundtracks are so heart touching, it fits the feel of the scenes really well.

The story follows a piano prodigy and famous child musician named Kousei Arima, who lost the ability to hear the sound of his own piano after his mother’s death.

Two years later, Kousei meets Kaori Miyazono, a lively violinist who helps him see that music should be played freely, and not in the strict, structured manner his mother taught him. 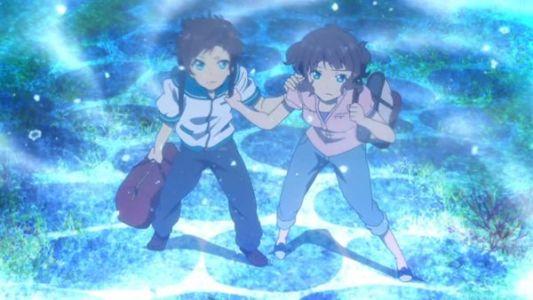 Oh My God, the Animation of Nagi No Asukara Anime Series is just out of this world phenomenal. be it the environments, the surface world, the sea, the underwater, lighting, and characters designs. P.A. Works did their best this time, as a result we have an all-round top notch the animation quality.

This Anime is so valid and really solid, it is a fantasy anime series about love that depicts: Long ago, all humans lived in the ocean. But some who longed for the land abandoned the ocean, casting off the special raiments granted to them by the sea god to adapt them to life under the sea…

Though mankind was divided into sea dwellers and land dwellers, each with different ways of thinking, they were all still fellow humans, and they continued to maintain contact as time went on. 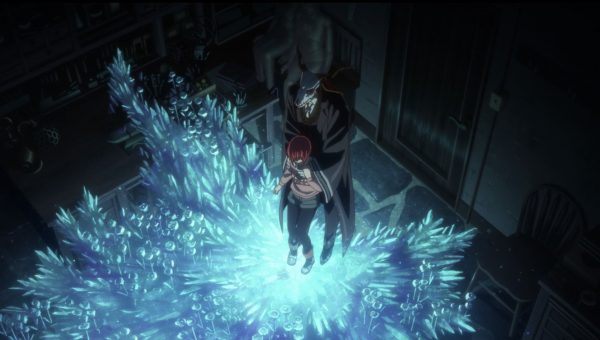 What I liked about Mahoutsukai no Yome Anime, is its high production quality and its great animation style that depicts a magical world to explore. It’s so Fantastic, and There were scenes that catch eyes. The soundtracks are also worth listening too.

The Story follows Chise Hatori, a teenager girl, was sold for five million pounds at an auction to a tall gentleman with a mask.

Abandoned at a young age and ridiculed by her peers for her unconventional behavior, she was ready to give herself to any buyer if it meant having a place to go home to.

In chains and on her way to an unknown fate, she hears whispers from robed men along her path, gossiping and complaining that such a buyer got his hands on a rare “Sleigh Beggy.”

Ignoring the murmurs, the mysterious man leads the girl to a study, where he reveals himself to be Elias Ainsworth—a magus.

After a brief confrontation and a bit of teleportation magic, the two open their eyes to Elias’ picturesque cottage in rural England.

Greeted by fairies and surrounded by weird and wonderful beings upon her arrival.

these events mark the beginning of Chise’s story as the apprentice and supposed bride of the ancient magus. 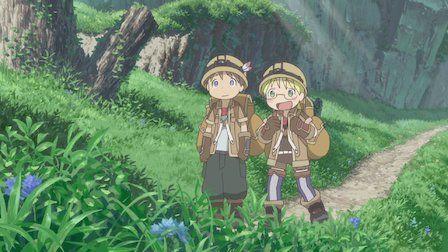 Oh Yeah, this is my favorite anime in this list, this series has it all, be it story, animation, and soundtracks, you will probably love that this series offers.

What i like about the studio behind this masterpiece is that they pay attention to details. they add precise colors, the design is created with impressive effects, and the movements are adjusted within the scenes to helps you to focus on what matters. They also mix very well the soundtracks according to the given scenes.

the series story  follows A girl named Riko and a mysterious robot-boy, who are looking for Riko’s mother, who’s lost within a vast chasm In Belchero, in the town of Orth, which is surrounded by a strange giant opening deeper into the earth, which is called the abyss, and which is considered a popular hunting place for the cave invaders, who make a difficult and dangerous landing in the foggy hole to recover any traces that can be found. 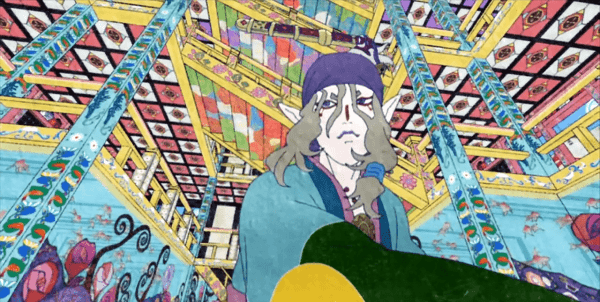 The Animation and Art Style in The Mononoke Anime Series is truly one of a kind, the colors are truly amazing, be it the environment which is unique, well detailed, and captivating, or the quick movements of the camera that adds suspense.

Overall, The animation is a top notch in this anime series, as it uniquely highlights common things in a way that you will really want to sink yourself in.

the story follows a “Medicine Seller” who wanders in Japan to look for a malevolent spirits called “mononoke” to slay.

His journey leads him to an old-fashioned inn where Shino, a pregnant woman, has finally found a place to rest.

However, as she settles in, it quickly becomes obvious that the room is infested by a lethal band of mononoke, the Zashiki Warashi.

With his hunter’s intuition, the Medicine Seller begins his investigation to discover the Form, the Truth, and the Reason before the Zashiki Warashi can kill again. 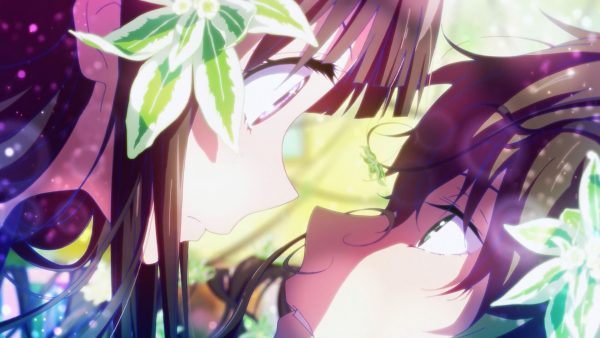 Kyoto Animation is well known for it’s good art and animation, But this time they really take Hyouka Anime Series to another level in Animation Art Style.

This Anime is by far one of the most beautiful anime series of all time. Be it the Beautiful characters designs, The Environment, the highlighting of the smallest details, the soundtracks that fits so well, and the setting/story that are also so fluid and captivating.

the story focuses on Houtarou Oreki, who ends up with more than he bargained for when he signs up for the Classics Club at his sister’s behest—especially when he realizes how deep the club’s history really is. Begrudgingly, Oreki is in an investigation concerning the 45-year-old mystery that surrounds the club room.

Accompanied by his fellow club members, and the ever-curious Eru Chitanda, Oreki must combat time limit and lack of information with resourcefulness and hidden talent, in order to not only uncover the truth behind the dust of works created years before them, but of other small side issues as well. 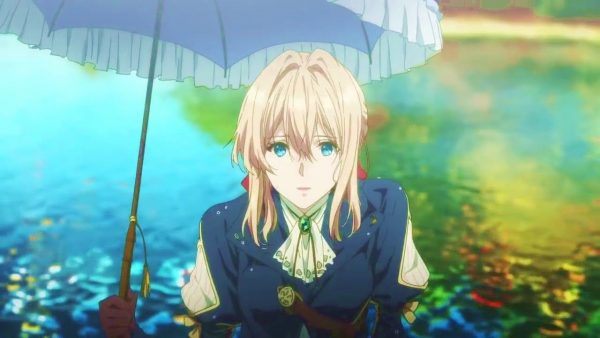 By Far, Violet evergarden has the most awesome animation that i have ever seen in Anime; The face expressions were highly well made , the landscapes were great…night, streets, natures, and everything is well drawn, well animated. briefly, this anime series is a truly a garden of beautiful art.

The story is unique too, focusing on the main character Violet, who was Caught up in the bloodshed of war, now that the war ended she must find a work.

Bruised and dazed, she becomes a letter writer to unravel her past and understand who she is. 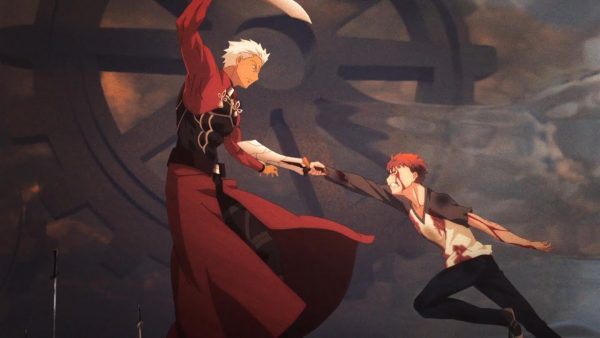 One word: this Anime is So Beautiful. since the first time fate series aired, everyone was amazed by their animation, and season after season it gets even better. even for the latest standard’s it still a top notch.

The Environments, the Characters, the fight scenes… everything is a beautiful art. this series deserves 4k, cuz HD is not enough to shows us this pretty animation in a whole.

Alright, When we talk about the best anime fights, superpowers, and great animation, we must certainly mention Fate Series, that follows the tale of shirou, who After a mysterious inferno kills his family, luckily he is saved and adopted by Kiritsugu Emiya, who teaches him the ways of magic and justice.

But his life will turns upside down, as Shirou became strong and now struggles to find the fine line between a hero and a killer. Then, his ideals clashing with the harsh reality around him. Will the boy become a hero like his foster father, or die trying? 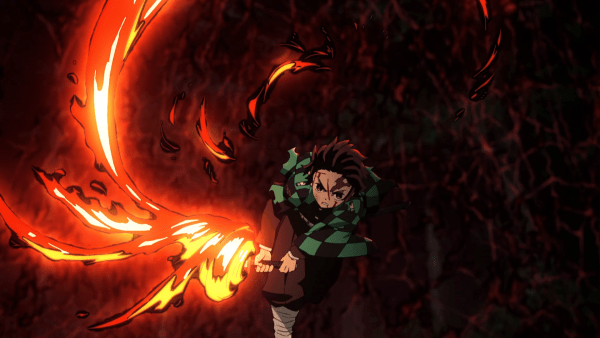 The animation and music of this anime can be described in one word: WOW! everything is absolutely stunning! From the characters/demons to the the story to all the themes used in this show.

This  dark fantasy-adventure about demons, depicts the story of Tanjirou, who returns home to finds out that his family were brutally killed by the demons, and now his only remaining sister turns into a demon too. so, he has to deal with this issue. trying turn her back into human, and must fights those who want eliminate her. while, vowing vengeance on those responsible for all of his misery.