The 10 Funny Anime That will Make You Laugh Out Loud 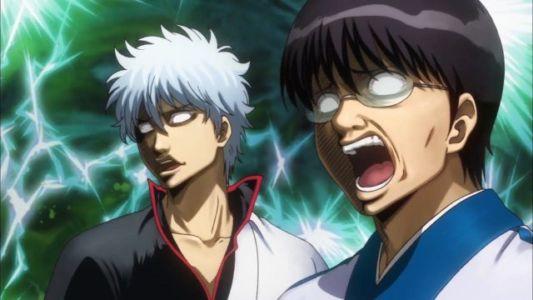 Top 10 Funniest Comedy Anime That You Need To Watch

we all know that whatever anime tv show you pick you will find some comedy and funny moments in it.

However, not all of these anime series consist or focuses only on comedy and funny themes as their main genre.

So today, we will be compiling for you an anime list that centers around the 10 Best Comedy Funny Anime Series Which has the utmost laughs!

With no Further ado, let’s kick off our Top 10 Japanese Comedy Funny Anime tv shows That You Need To Watch. 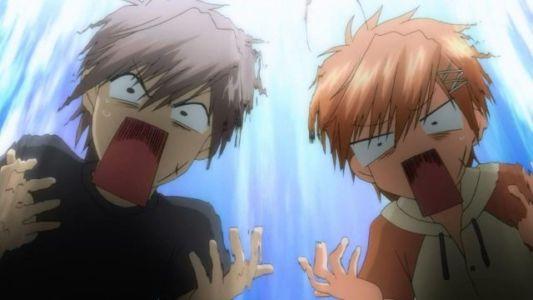 Kore wa Zombie Desu ga! is our first anime series in this list of the top comedy funny anime series. the story of this funny Anime series starts in a night while walking home from the convenience store, Aikawa is killed by a serial killer

While humor becomes a main focus in the series, Ayumu tries to find out the reason for his untimely death.

However, his quest is to look for his killer eventually drags him into bigger conflicts. 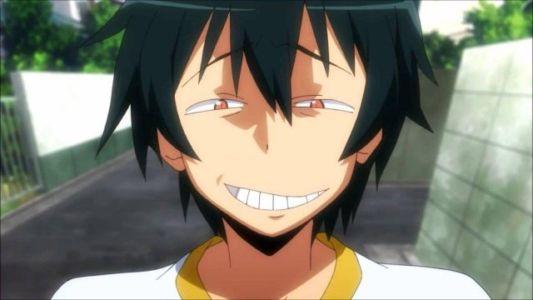 This is a great Isekai Coemdy Anime series that has a funny story revolving around a Demon Lord coming to live in our real World.

the  Satan assumes the guise of a human named Sadao Maou and begins working at MgRonald’s to make ends meet.

Whether it’s part-time work, household chores, or simply trying to pay the rent on time.

Hataraku Maou-Sama! Anime Tv Shows presents a hilarious funny view of the most mundane aspects of everyday life All through the eyes of a hapless demon lord. 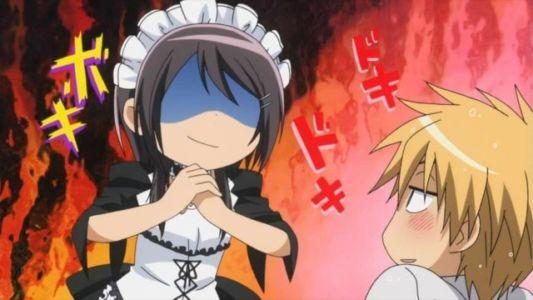 Kaichou wa maid Sama is Romance Comedy Anime that will make you Laugh, and also it will overflows you with heartwarming and sweet lovely feelings.

the story of this rom com anime depicts the story of the first female student council president, which isn’t easy for her, especially when your school just transitioned to a co-ed one.

Aptly nicknamed “Demon President” by the boys for her strict disciplinary style.

Misaki Ayuzawa is not afraid to use her mastery of Aikido techniques to cast judgment onto the hordes of misbehaving boys and defend the girls at Seika High School.

However, she works part-time as a maid at a maid café to help her struggling family pay the bills.

She has managed to keep her job hidden from her fellow students and maintained her flawless image.

Until one day, Takumi Usui, the most popular boy in school, walks into the maid café.

He could twist the student council president around his finger and use her secret as an opportunity to get closer to her.

Read also: 20 Awesome Anime Where Main Character has a Dark Past 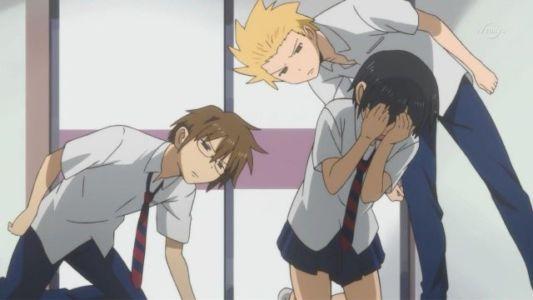 Their lives are filled with giant robots, true love, and intense drama… in their colorful imaginations, at least.

In reality, they are just an everyday trio of ordinary guys trying to pass the time, but who said everyday life couldn’t be interesting?

Danshi Koukousei no Nichijou is rife with bizarre yet hilariously relatable situations that are anything but mundane. 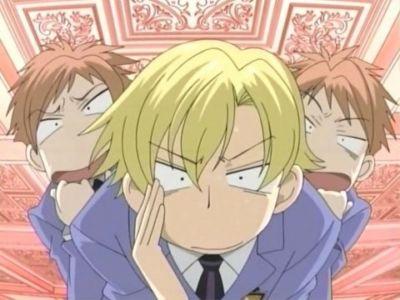 This is A Highschool Funny Anime series that you will absolutely fall in love with! the story of this funny anime takes place at the Ouran Academy, which is an elite upper school catering to the ultra-rich.

Haruhi Fujioka is a middle-class scholarship student, a rarity at the school.

While searching for a quiet place to study, she stumbles upon an unused music room which turns out to be the club room for the school’s Host Club, possessing exceptional good-looks, who entertain female clients.

After accidentally knocking over a priceless Rennaissance vase that’s worth far more than Haruhi can possibly repay (¥8 million), she is forced to join the Host Club as an “errand boy” to work off her debt.

Soon after, however, Haruhi proves to be a natural host (no training needed) and is promoted to full status as a Host of the Ouran Host Club.

The story of this Funny Comedy Anime Series centers around Akihisa Yoshii, the “Baka” of the title.

His academy rigidly divides up the student body into classes based on the results of tests.

The prodigies are in the A class with reclining seats complete with air conditioning, but Akihisa is in F class, the lowest rung of the school ladder which is furnished only with low, decrepit tables and worn-out straw tatami mats.

A girl named Mizuki Himeji is actually one of the smartest girls in Akihisa’s sophomore year.

But, she had a fever on test day what moved her to the F class.

Besides Mizuki (who Akihisa secretly adores), the F class also has Yuuji Sakamoto, the class president who has been Akihisa’s friend and partner-in-crime since the freshman year.

The school happens to have developed experiments to summon fantasy creatures, and Akihisa decides to rally the F class to take on the higher-tiered classes and seize their perks.

The F class uses the summoned creatures in an all-out battle for school supremacy. 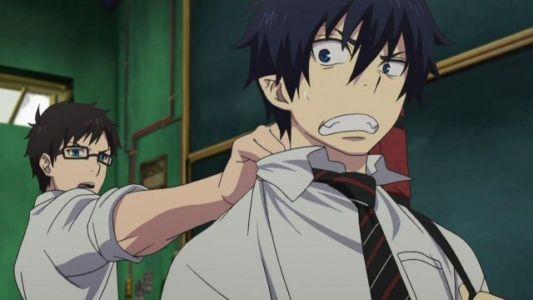 This is known to be a great action anime that centers around a demon mc, but it still an anime tv shows that promises funny moments that will make laugh.

the story of this Anime about Demons takes place at The world of Ao no Exorcist, which  consists of two dimensions joined as one, like a mirror.

The first is the world in which the humans live, Assiah.

The other is the world of Demons, Gehenna.

However, the demons can pass over into this world by possessing anything that exists within it.

Satan is the god of demons, but there’s one thing that he doesn’t have and that’s a container in the human world that is powerful enough to hold him!

For that purpose, he created Okumura Rin, his son from a human woman, but will his son agree to his plans, or will he become something else…?

After killing Rin’s guardian, Father Fujimoto, in an attempt to bring Rin back to the Demon world.

This led to Rin’s journey of becoming an Exorcist in order to become powerful enough to defeat Satan and also face the consequences of being the son of Satan. 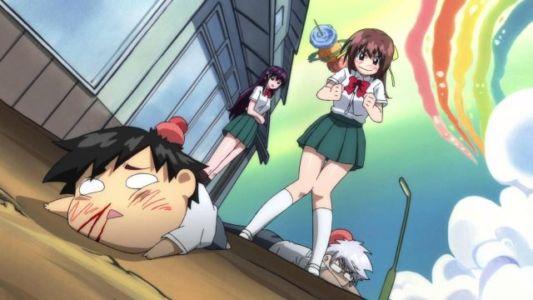 Here is another good Japanese comedy funny anime and manga series written and illustrated by Suu Minazuki. The story depicts the life of Tomoki Sakurai, who has always woke up with tears after a dream of an angel.

His childhood friend Sohara Mitsuki worries about this and decides to seek the help of Eishirou Sugata, an eccentric sky maniac.

He concludes that Tomoki’s dream has something to do with the floating anomaly that scientists didn’t have failed to understand.

Recruiting the New World Discovery Club’s first members, Eishirou schedules a time to meet up in order to observe the mystery in the sky.

That day, Tomoki’s peaceful life is changed forever when a strange girl falls from the sky and begins to call him master. 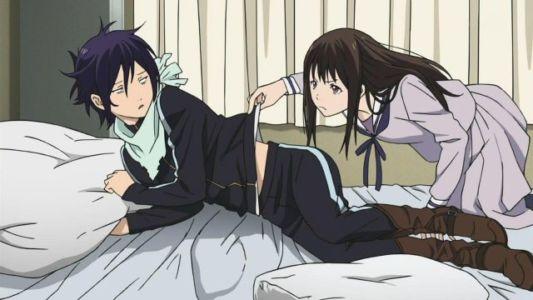 Noragami is fantasy anime that also has funny things going on! the story of this good action funny anime depicts that In times of need, if you look in the right place, you just may see a strange telephone number scrawled in red.

If you call this number, you will hear a young man introduce himself as the Yato God.

Yato is a minor deity and a self-proclaimed “Delivery God,” who dreams of having millions of worshippers.

However, his goals are far from being true.

He spends his days doing odd jobs for five yen apiece until his weapon partner becomes fed up with her useless master and deserts him. 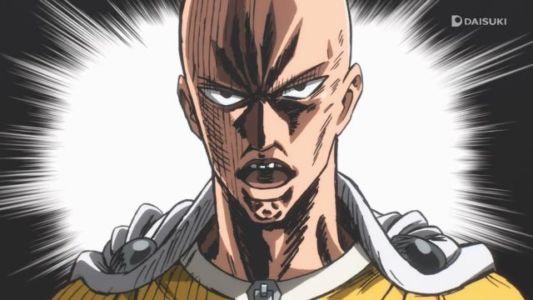 He is a Hero for fun so its obvious that you will have fun watching this parody comedy anime series!  One-Punch Man is a Japanese superpower funny anime and manga series created by ONE.

The Story of this Great Action Anime follows The seemingly ordinary and unimpressive Saitama, who has a rather unique funny hobby: being a hero.

In order to pursue his childhood dream, he trained relentlessly for three years—and lost all of his hair in the process.

Now, Saitama is incredibly powerful, so much so that no enemy is able to defeat him in battle.

In fact, all it takes to defeat evildoers with just one punch has led to an unexpected problem—he is no longer able to enjoy the thrill of battling and has become quite bored.

Genos proposes that the two join the Hero Association in order to become certified heroes that will be recognized for their positive contributions to society.

Saitama was shocked that no one knows who he is, quickly agrees.

The story of One Punch Man begins, an action-comedy that follows an eccentric individual who longs to fight strong enemies that can hopefully give him the excitement he once felt.

Then just maybe, he’ll become popular in the process.

Check Also: Top 10 Best Comedy Anime that will Make you Laugh Out Loud