Beautiful Bones -Sakurako’s Investigation- follows an osteologist and an amateur detective who solve mysteries together. What’s an osteologist, you ask? A person who studies bones. Through the information that she’s able to glean from human remains, Sakurako gets the info that the police wouldn’t be able to – but sometimes she takes her sleuthing a little too far. By the time you’re finished with this show, you’ll know more about bones than you ever thought possible.

7| Rascal Does Not Dream of Bunny Girl Senpai

Rascal Does Not Dream of Bunny Girl Senpai is somehow a science anime that centers around a fictional disease called Puberty Syndrome that creates bizarre symptoms like body-switching, mysterious scars and becoming invisible. While none of this sounds particularly scientific, the series does attempt to explain this phenomenon with physics, psychology, and other scientific disciplines.

While the actual science on display here is sometimes shaky, it does don a scientific aesthetic. One of the characters even wears a lab coat!

Silver Spoon is an anime that’s focused on a specific form of science – agricultural science. After Yuugo Hachiken starts attending Ooezo Agricultural High School, he starts learning everything there is to know about running a farm.

Whether it’s about how to cure bacon, how to grow crops, or anything else, the techniques Hachiken is learning are based on scientifically verified methods for optimal food production. Don’t worry, though, it’s not all technical – the protagonists’ emotional journey is what really carries this underrated show.

Next up we have another good science anime named ” Space Brothers”. When Mutta and Hibito Nanba were kids, they saw a UFO heading toward the moon. After that, they vowed to make it into space themselves – but life isn’t as easy as it seems when you’re a kid. While Hibito does become an astronaut, Mutta gets stuck in the life of a salaryman. When he lucks out and gets the opportunity to join Hibito on a mission, it seems like his dreams might finally be coming true.

Steamboy is a good science anime movie by legendary director Katsuhiro Otomo that ventures into the world of science. This time it features a young inventor residing in Victorian England named Ray. Ray invented the steam ball, an incredible device that can power almost any machines that use steam, resulting in nearly unlimited energy. But because his invention is so valuable, he’s going to have to protect it from would-be thieves.

See more: The 10 Best Anime Series Where The Mc is a Loner 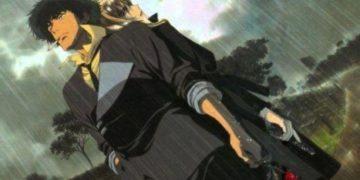 The 20 Best Science Fiction Anime   Science fiction Anime Lovers, It's your time now! Because This is a 20...