The 19 Most Powerful Anime Eyes Of All Time

The 19 Most Overpowered Anime Eyes in History

Hey everyone, we all love those powerful anime eyes such us the sharingan, or the geass; yeah! those eyes may look beautiful and unique but they can be also deadly and overpowered that they can wreak havoc easily.

Therefore, in this post we will be depicting those cool anime eyes which grant their usere different kinds of superpowers that everyone dreams to have.

So, let the countdown of our 19 most powerful eyes in anime begin! 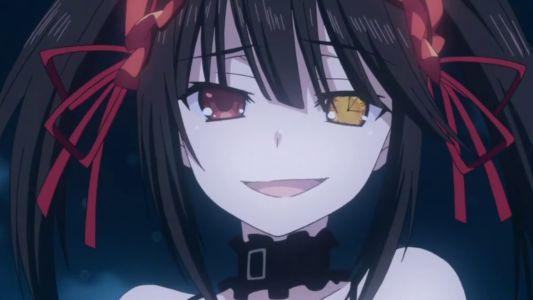 One of the most Powerful anime eyes, is those that Kurumi uses. She is already a yandere anime, who has has a split personality, and is one of the main antagonists of the Date A Live series. So, it’s not surprising that such a complex anime female character will use her eyes abilities to bad goals? But still her eyes are so beautiful too, because while having a red-eye is already impressive enough, having an eye with a clock face makes Kurumi looks even prettier. 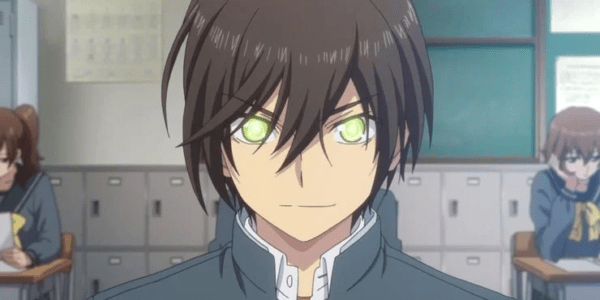 Having powerful anime eyes that offers the ability to take over someone’s body for approximately 5 seconds is so cool. This is the case for Yu from the charlotte anime series, who while using the power of his eyes, his irises become lime green and his pupils become light yellow. However, his body slumps into unconsciousness while this ability is in use. He can use other abilities whilst controlling their bodies. However, the five-second time limit still applies. 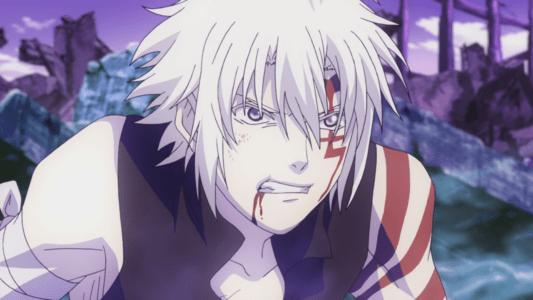 Allen Walker is the main protagonist of the anime and manga series “D Gray-Man.” Allen has had a tragic experience, that turned him into an Akuma with a scar on his face, which is the source of his cursed powerful eye which allows him to detect Akuma and see the human souls bound to their bodies. He starts out as an exorcist for the Black Order, who are working to find a way to stop The Earl of Millennium who plans on destroying humanity. 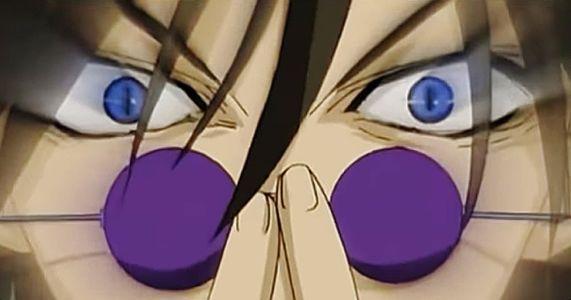 Ban Midou is one of the main characters in the Getbackers anime series, Ban has one of the strongest anime eyes in history. His Jagan, or Evil Eye, forces anyone that makes direct eye contact with his eyes to enter a state of illusion. However, it can only be used three times a day and once per person a day, so Ban must use this anime eye power wisely. 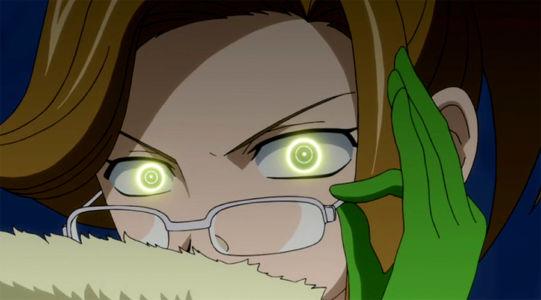 Evergreen is a female character from the fairy tail anime and manga series. She is portrayed as the only girl member of the Thunder God Tribe, who after Fairy Tail’s disbandment,  joined the Blue Pegasus Guild along with the other members of the Thunder God Tribe. However, a little while after the guild’s reformation, she left to rejoin Fairy Tail alongside Laxus and the rest of her team. Evergreen has one of the best powerful anime eyes of all time, which called Stone Eyes, that allow her to transform people into stones. 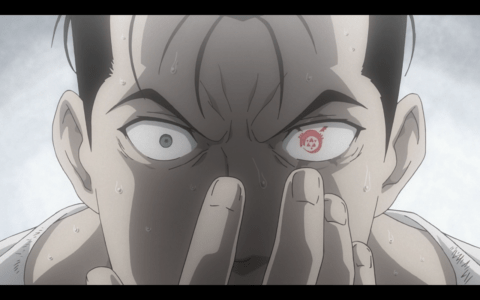 King Bradley or Wrath is one of the most overpowered characters of the Fullmetal Alchemist anime series. He is portrayed as the last human-based Homunculus made by the antagonist “Father”. This powerful character has The Ultimate Eye which allows him to predict his opponent’s moves in battle, thus allowing him to easily avoid their attacks and land deadly one. 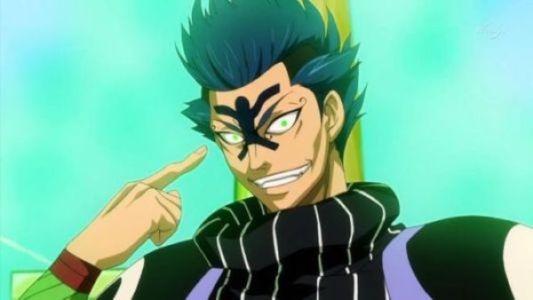 From the Fairy Tail anime and manga series we have Bickslow, a character who has powerful magical anime eyes,  called the Figure Eyes. While using these overpowered eyes, Bickslow is able to take control of the souls of living things who come into direct eye contact with them and to manipulate them as if they were their dolls. 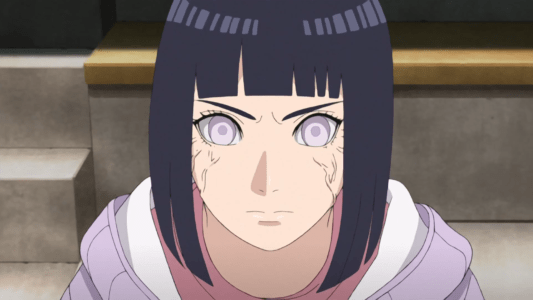 The hyuga’s clan eyes are one of the most beautiful anime eyes ever seen in anime, which are so powerful. Called The Byakugan, these eyes allow the Huuyga Clan to have an almost 360-degree field of vision, except for the blind spot at the back of the user’s neck. The user could also see the chakra pathway system of their opponents, and be able to see through when Genjutsu is being used on them. 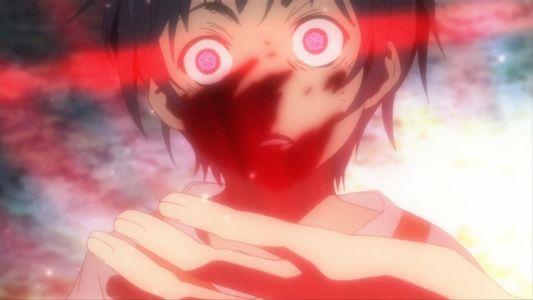 Next up, we have one of the deadliest eyes in anime called Stigma. These powerful red anime eyes, have the ability to incite a violent and destructive rampage. Possessed by the character Ryner Lute in The Legend of The Legendary Heroes series, the Alpha Stigma eyes are shown to be intense, that it can drives the user into madness until they either commit suicide or are killed. 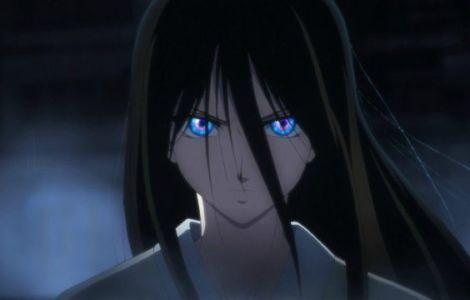 Shiki is another anime female character whose anime eyes are pretty, beautiful, and features powerful abilities. With her “mystic eyes of death perception,” she can see and bring death to the objects around her. Not only that this girl has one of the deadliest eyes in history, but also are one of the most beautiful animated eyes of all time. 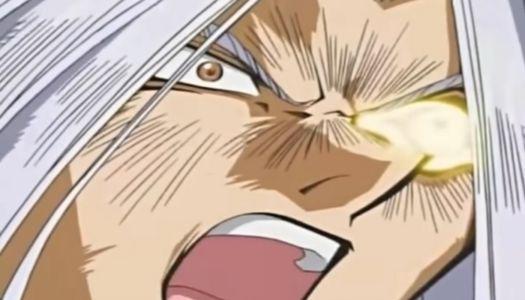 From Yu Gi Oh series we have Pegasus J. Crawford, the president of Industrial Illusions and the creator of the game Duel Monsters. He owns The Millennium Eye which allows him to read the mind of an opponent and see their memories. He could also use his eye to see his opponent’s cards and strategies when dueling. 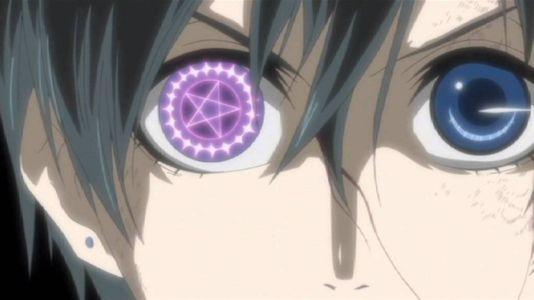 Ciel has one of the coolest and powerful anime eyes, which represents the symbol of the Faustian Contract, which signifies his pact with a demon. His contract’s demon states that a demon can offer specific services in compensation for a human’s very own soul. When Ciel takes off his eye patch, unveiling his Faustian Contract, he can then comand his strong demon “Sebastian Michaelis” to come and save the day. 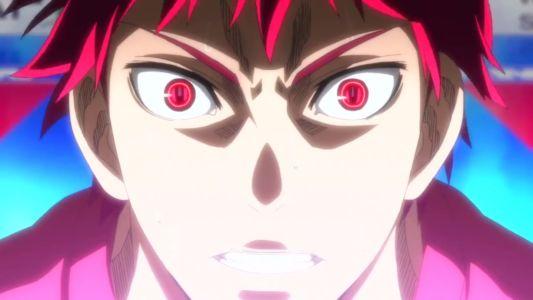 One of the most popular anime eyes in history are the powerful Emperor eyes, which are featured in The Kuroko no Basketball series. These eyes are known for boosting the skills and abilities of some mighty players in the show. Akashi’s emperor eye allows him to see his opponent’s body in extreme detail – helping to magnify weak points, rhythm, muscle movements, and more. These overpowered Emperor Eyes also grant Akashi the ability to accurately predict the future and predict the movements of his opponents. 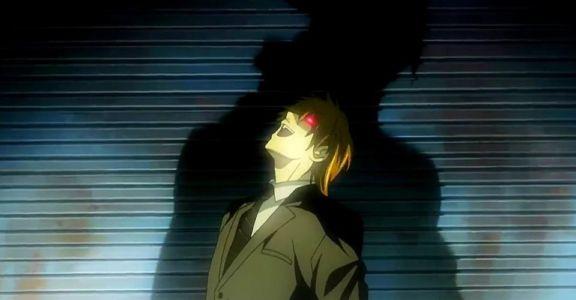 In the Death Note anime and manga series, a death note holder can obtain the Shinigami Eyes in exchange for half of their lifespan, gaining the ability to see other humans’ names and lifespans, making it easier for them to write their victim’s names into their Death Note. Keep in mind, that a person’s eyes look no different after they gain those powerful Shinigami Eyes. Therefore, It is impossible for humans to tell (scientifically or otherwise) who possesses Shinigami Eyes. 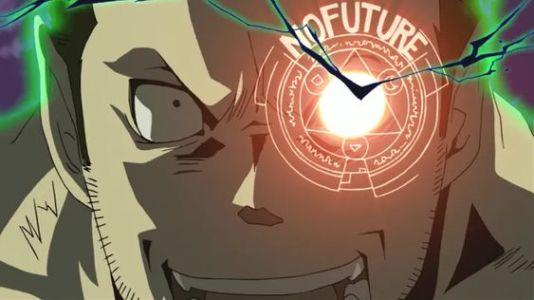 Coming next among the best anime eyes, we have Free’s demon eye, which grants him the ability to manipulate ice, perform spatial magic techniques such as teleportation, and create barriers and illusions. His eyes also grants him the ability to perform the Demon Eye Cannon. so, in short, these powerful eyes carry their own magical abilities. however, these anime eyes have finite energy and must go through a charging period before being able to perform spells. 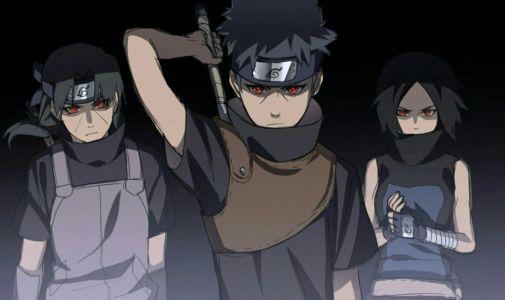 Everyone loves the Uchihas, be it Sasuke, Itachi, Kakashi, or Obito, why? because simply they are from a powerful Clan who have the most beautiful yet overpowered anime eyes off all time. Their eyes are called Sharingan, which allows them to have enhanced vision which they can use to see chakra and also copy Jutsu of the techniques of other shinobis. 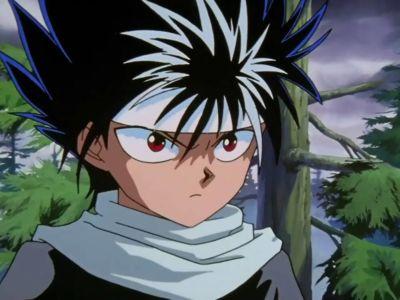 Hiei is one of the main characters in the anime and manga series YuYu Hakusho, He is also known as “Hiei of the Evil Eyes”. Because he has the jagan eye that grants him powerful psychic abilities such as telekinesis, telepathy, mind control and even erasing memories. It also allows him to use his flame powers including his ultimate technique, Dragon of the Darkness Flame. 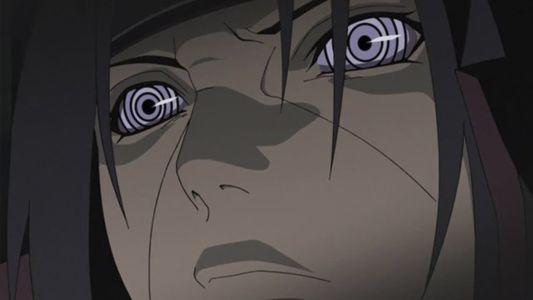 Another cool anime eyes from the Nruto series are The Rinnegan, which are granting their users god-like abilities such as manipulation of gravity, ability to remove souls, mind-reading, summoning creatures, absorbing chakra, and most importantly – the power of resurrection. 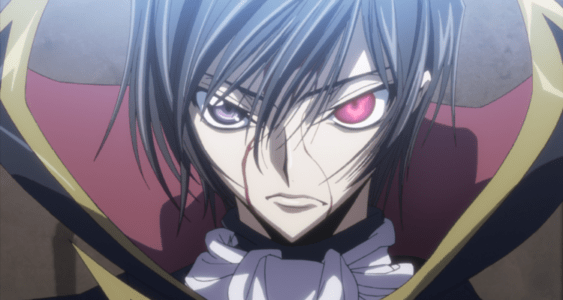 Lelouch is a Byronic and a badass hero coming from the series Code Geass: Lelouch of the Rebellion. In this amazing tv show, he is portrayed as a former prince from the superpower Britannia. He will be given the power of the “Geass” by a witch known as C.C. which is one of the most powerful anime eyes ever. Therefore, as soon as he get his hands on such powerful eye, Lelouch will turn into a rebel, starting using his new-found powers to hypnotize and command anyone who makes direct eye contact with him. 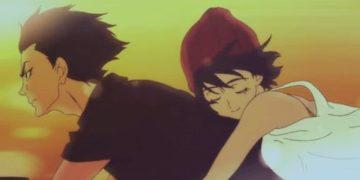 Here are the Best 15 Underrated Anime Series to Watch on Netflix Japanese animation has been a significant influence on...

The 10 Exciting Anime About Racing Cars Of All Time