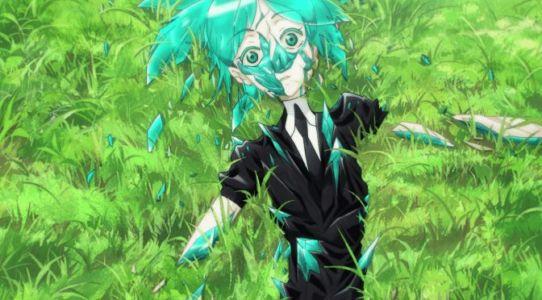 Well, either you are an adult anime lover looking for mature tv shows that suits your mind, or a teenager who wanna some Japanese tv shows that are targeting adult people in order to introduce this piece of animated art to parents or big siblings?

The answer is that You are in the right place.

Hey everyone and welcome back Baka Buzz. Today’s Article is specifically to persuade people who say “anime is for kids”, that they are so wrong. because the 10 best tv shows in this list have some really intense mature themes that children and teens won’t be comfortable watching, much less appreciate the art behind it.

Therefore, without any further delay,

let’s get on with the list of the best adult and mature anime tv shows to watch. Kicking off the list with a mature seinen anime that is initially confusing in the first episode, where you are unsure what’s really happening, but as the story moves on, you discover that the main character in this anime is a being who decides whether humans before it are going to be reincarnated, or whether their souls will be cast into the void, never to return.

The way this happens is when deceased humans must play harsh games, and as the game goes on, they get their memories back, and the way they act determines their fate. Next up we have Girls’ Last Tour, Among a scenery of barren landscapes and deserted buildings, this anime is full of mature themes and tells the uplifting tale of two girls and their quest to find hope in a bleak and dying world.

The main characters are named Chito and Yuuri, and they go on an adventure filled with mystery and sci-fi.

The main character of this story is a girl named Violet Evergarden (yes it’s the same as the name of the anime). She goes through a rather rough life, where her main purpose is to fight in a war. Unfortunately, as a result of this, she is put in hospital after getting injured really badly. When she recovers, she goes through many many struggles as she tries to live in a world where war is the only thing she knows.

Violet Evergarden comes with a beautiful detailed animation and epic soundtracks, this is really an anime that is best for adult audiences as it chronicles mature themes of war, humanity, and empathy it dives into. Mafia, Guns, Dark World, Friendship, and much more mingled themes In this pretty cool mature anime, where  we see the main character turn from businessman, to a hostage, where he planned to have a business meeting, but was abducted by Black Lagoon, a mercenary group.

After waiting and waiting, it seems that no one will come to rescues him, so instead, he decides to join the mafia group. There are 3 seasons of this anime, and it is definitely one that many have, and will enjoy. Also known as “Terror in Resonance” or “Terror in Tokyo” in English, this anime tells the story of two boys who go by the names Nine and Twelve, and after attacking a nuclear facility, they then become classified as terrorists and challenge the government.

Overall, Zankyou no Terror is an anime that can be considered as a political debate, filled with psychological, thriller, and deep emotional themes that will leave you speechless.

We follow our main character around a world inhabited by creatures called gems. These gems need to work together if they are to survive against a common enemy.

First released in October of 2017, this anime is classified within the best mature-themed tv shows, and is filled with action, drama, fantasy and is definitely entertaining. March come in Like a Lion know in Japanese as “3-Gatsu no Lion”, is another pretty sad romance slice of life anime, that chronicles the story of a boy named Rei Kiriyama who is helped out of a rather depressing state by a group of sisters who build him up after he has broken down.

The main reason this anime is on this list is because it deals with mature themes like depression, and other genres that can be intense for young audience. Coming at number 3 of the best mature anime series that you should watch is “Mushishi”, and underrated Japanese tv shows that depicts: “Mushi”: the most basic forms of life in the world. They exist without any goals or purposes aside from simply “being.”

Mushi can exist in countless forms and are capable of mimicking things from the natural world such as plants, diseases, and even phenomena like rainbows. First seen in October of 2005, this anime has a mystery, adventure and fantasy tale that will keep you hooked. Rainbow is the Japanese version of the popular American tv show “Prison Break”. So, you dont need any further details to know that this anime is targeting mature fans.

The story is set in Japan, 1955: Mario Minakami has just arrived at Shounan Special Reform School along with five other teenagers who have been arrested on serious criminal charges.

All assigned to the same cell, they meet older inmate who happens to be a former boxer—with whom they establish a close bond. Under his guidance, and with the promise that they will meet again on the outside after serving their sentences, the delinquents begin to view their hopeless situation in a better light. Finally at number 1 of the best anime tv shows with mature themes, we have “Monster”. This an old but gold anime series that tells the story of a famous doctor named Dr. Kenzou Tenma, and how he goes through his life as a neurosurgeon.

The show has 74 episodes and takes us through a journey of drama, horror and some mystery. where our main character has to deal with past mistakes and deep feelings that conflict with each other. 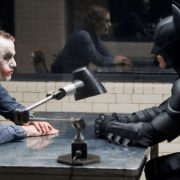 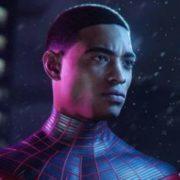