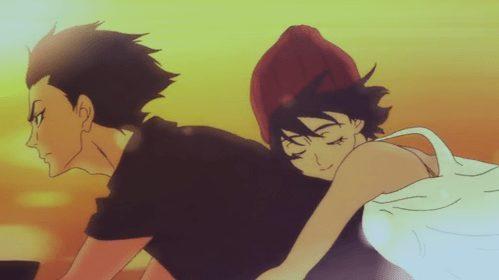 Japanese animation has been a significant influence on Western cartoons and films, experimental films, and even fashion design.

Despite its reputation as low-brow and nerdy, anime remains one of the most adjacent genres of contemporary visual arts.

However, if you pick the wrong show from the get-go, it can be hard to get into the Love of Anime.

The positive news is that Netflix has some of the best anime series of all time, be it Popular, or Underrated, are all available on its website.

But! The unfortunate thing is that they do have a lot of really bad anime shows to go through.

Luckily, we did the hard work of digging through the deck in order to give the best but underrated anime on Netflix that you will truly enjoy. 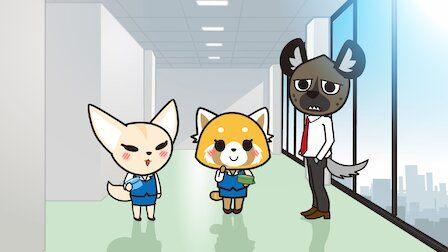 Perhaps the most relatable underrated anime on this Netflix list because of its real life-related premise Aggretsuko is the mascot company behind Hello Kitty.

But while Retsuko is as adorable as the iconic kitten, this lovely anime transcends its merchandise-friendly origins.

Retsuko is a bright-eyed red panda who starts her first office work fresh out of college.

Five years later, her excitement turned into disappointment, dissatisfaction at her tiny flat, a cramped road, and a boss’s chauvinist hog.

Her best way to let off the steam is to scream with death metal karaoke every night.

This is a cathartic, amusing, and relatable underrated anime series on Netflix that showcases the pitfalls of office life that will hit young urbanites right at home today. 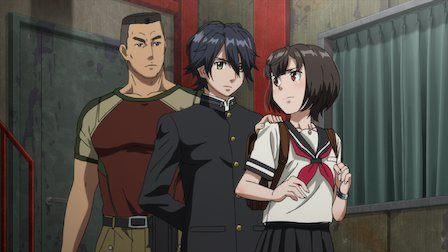 From the studio Bones and a collaboration with Netflix, comes this magnificent underrated anime called “AICO”.

The series was released in 2018, and its story follow the female protagonist Aiko, who everything she knew was a lie.

Now she along with her friend Yuuya starts gathering allies and venture on a dangerous mission to reach the place where the Burst began to stop it for good and save her family.

Canon busters is an anime that will give you 90s anime vibe like Cowboy Bebop; its main protagonist, Philly, The Kid, is an outlaw with gun slinging skills like an Vash the stampede from Trigun.

It is based on LeSean Thomas’s comic book of the same name. It’s got low scores on MAL, but it’s one hell of a trip to see this underrated anime on Netflix if you like anime like Cowboy Bebop. 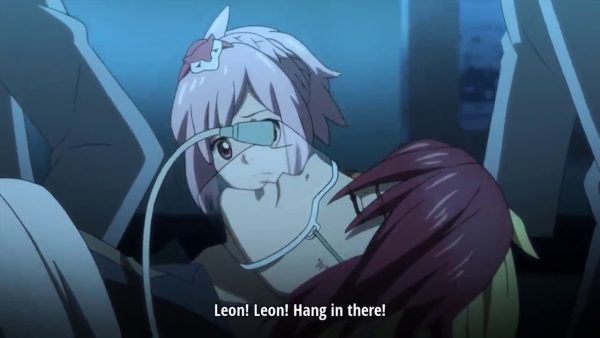 Known also as “Last Hope”, This underrated anime series is really a good pick to watch on Netflix. set in a future world where the boundary between human beings and AI is vague.

An incident will cause a instant biological evolution, that will create a new jostle for supremacy, and the influence of the evolution goes beyond biological framework and spreads to various kinds of materials and technologies.

The era of massive evolution involving diverse existences, such as humans, machines, and biotechnologies, is coming. and the Characters will have to fight an existential war in such a world. 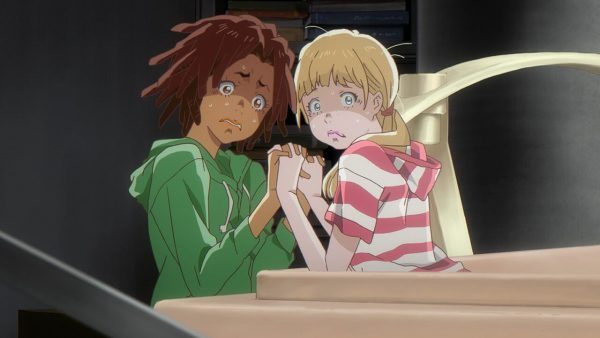 Carole & Tuesday starts right off the bat with a kick-ass premise: 50 years since mankind colonized Mars, we’re so technologically advanced that all civilization is created by AI … except for two girls who want to change history. We follow the title Carole and Tuesday, two girls who, like Bill and Ted, are expected to deliver so spectacular a musical success that will forever be remembered as a “7-minute wonder.”

As you can expect from Studio Bones, the animation and art style of Carole & Tuesday is just beautiful. Futuristic cities, stage designs, and even smaller details, such as sci-fi self-serving restaurants, bars, and tiny AI music video bosses, look amazing. 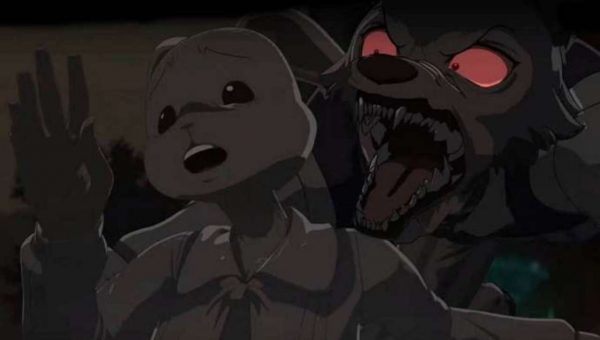 What if all the creatures are humane and learn to live side by side in the world is the simple premise of Beastars, it’s like Fantastic Mr. Fox, except it’s an anime. Based on the manga of the same name, it was revived for the second season. See it if you want any fiction that combines physiological storylines. Beastars excels at a metaphysical level: a tale of nature vs. design, emotion vs. logical thinking and power. A carnivore may try to invade and devour a herbivore, but a reasonable member of a civilized society would find a way to avoid and avoid the impulse.

An alpha male can yearn to attack rivals and dominate sexual objects of desire in a distant fashion, but those seeking to preserve morality tend to restrain themselves and combat their natural desires. 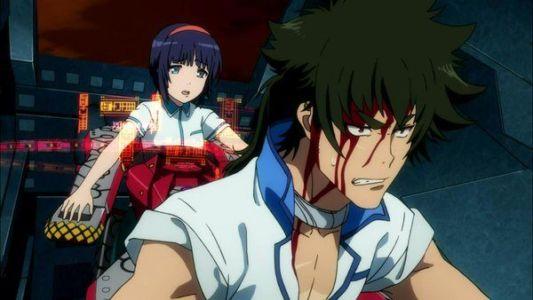 Kuromukoro is another good anime tv show to watch on Netflix, i really enjoyed watching it, and i liked the way this mecha anime has mingled Sc-fi with Romance that created a strong plot.

Well, the series was released in 2016, with a total of two seasons, and a nice story line that depicts a time When Mecha attack a research center. as a result, students, pilots, and researchers find their selves with no other choice but to  fight back these Mecha Enemies, with the help of mysterious artefacts and a young samurai.

Gunjou No Magmel is another underrated anime on Netflix that you will enjoy. Well, The story depicts: One day in the middle of the pacific ocean there was a  miracle for all to see, a new continent came out from nowhere!

The new continent was the home for new and mysterious plants, creatures and minerals!

The excitement was high for Humanity as the age of exploration was back to their shores.

Therefore, everyone has his awn questions and wondering thoughts. 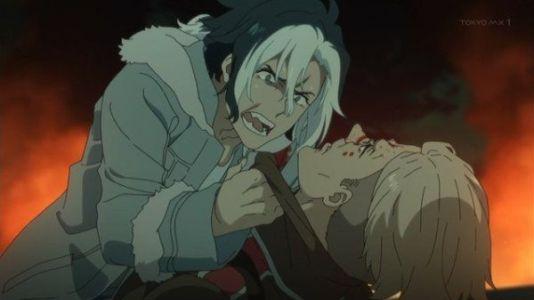 Netflix has a wide range of good anime series that spans many genres. So, If you like shows about Vampires! well this one will probably became you next favorite tv series.

The Story is set In Imperial Tokyo, where a group calling itself “Jaegers” secretly hunts the vampires seeking the Ark of Sirius; among them is young werewolf Yuliy. 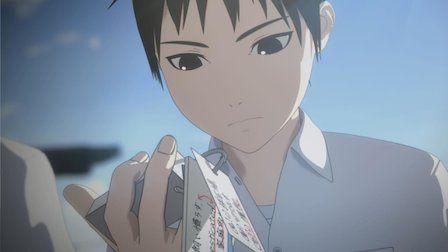 Here is supernatural anime full of complex ideas about life and death, as well as the dark side of human nature. while watching this underrated anime series on Netflix you will see that it tries to answer the question of What does it mean to truly be human? 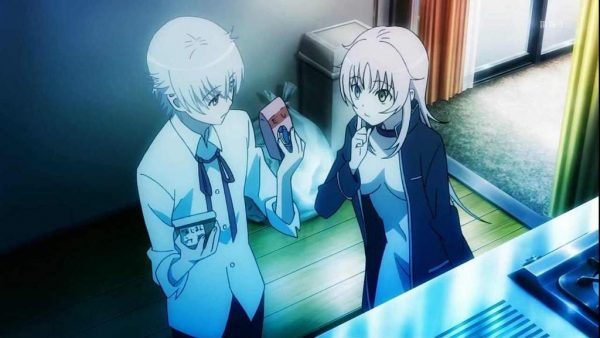 Lucky for us we have another good anime on Netflix, it is underrated But it is so good. the story of K-Project follows A young, easygoing boy, who finds himself caught in a psychic war between seven knights after he is wrongly accused of murder. Now that he is wanted for a crime he has no recollection of committing he must go on the run, hunted by two kings and their forces.

Based on Go Nagai’s manga, Devilman Crybaby is a re-imagination of the classic Devilman series that follows Akira Fudo as he is persuaded by a friend that it would be a wise idea to merge his soul with a demon to battle other demons.

The anime re-imagines the manga and changes the plot to be set in contemporary times, abusing Netflix’s artistic freedom with the sort of graphic por£nographic and violent content that no Western TV network will ever dream of authorizing. 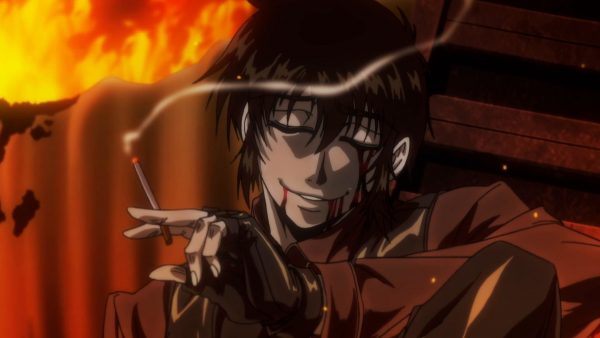 Hellsing is an well known anime series, that is always mentioned on the any given section f what is popular, but on Netflix it is underrated, Ouch!!!

Based on a manga by the same name and is known because of its vampire hunting story. It has a plot about vampire hunters but also features some various elements.

The series chronicles the activities of the enigmatic and elusive Hellsing Organization as it battles against witches, ghouls, and other supernatural creatures that invade England. It’s a must-watch for those who enjoy horror and vampire hunter movies and anime. 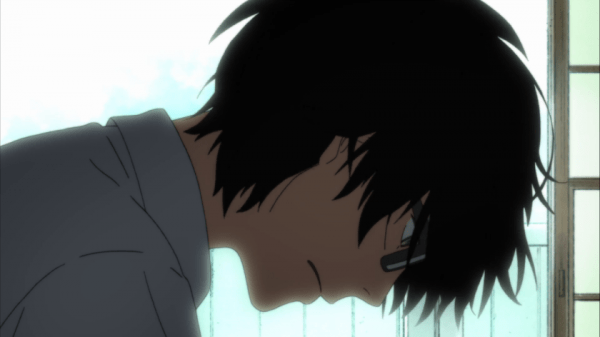 Well, if you are looking for an anime series that will shake your felling, gives chills, and move you to tears! March come in Like A like will do so with its beautiful moving story, highly fleshed out characters, and realistic drama.

The Series tells the story of a depressed boy named Rei Kiriyama who is helped out of a rather depressing state by a group of sisters who build him up after he has broken down.

First aired in October of 2016, this show is available on Netflix and falls into the more mature genre of seinen and drama. 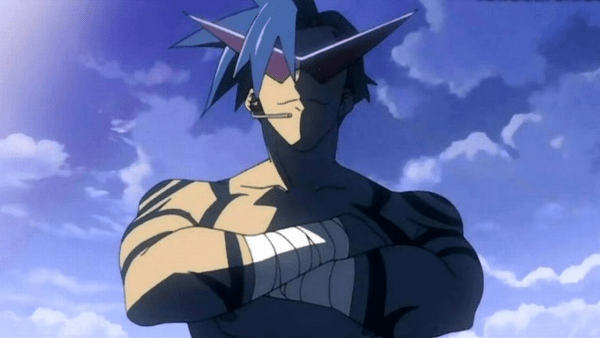 If you get a loving and insecure image of the bros, Gurren Lagann will get you moving.

This anime show is so popular on other streaming services, but on netflix its not getting what it really deserves.

Filled with lines like “Believe in who believes in you” and related affirmations between characters engaged in each other’s self-actualization.

Those over-the-top overtures fit well with his unrealistic animation and duels between drill-shaped robots called “Gunmen.”

All that said, as a lot of shonen anime, Gurren Lagann remains a controversial fave. but many fans consider it a masterpiece.

The Most Endearing Anime With Angels That You Shouldn't Miss! Today we will be talking…