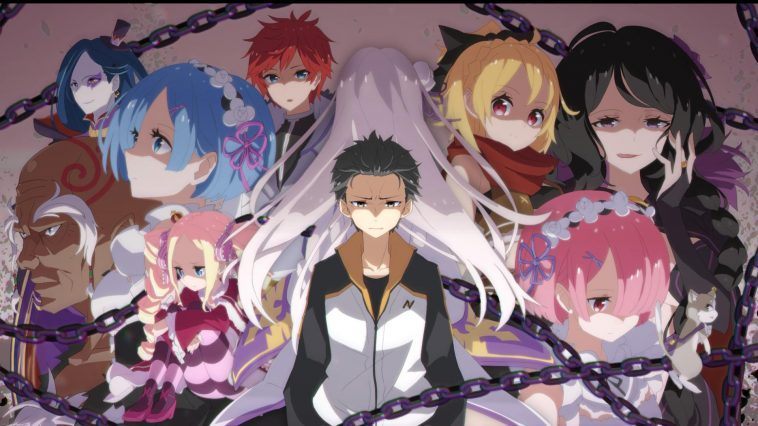 The Top Isekai Anime Series To watch In 2020

Isekai is a genre in which a person travels to a parallel world or has been reincarnated after death to a different world. In this article, you will get to know about some of the best 2020 isekai anime that has aired or currently airing .

All of 2020 Isekai anime titles, one can watch on their favorite streaming services. There are some returning anime like Re: Zero − Starting Life in Another World which is returning for a second season after a gap of four years

You will get to know about some in-depth details and minor plot details. After reading this you can decide what to watch in this list from the best isekai anime of 2020.

The Best isekai Anime of  2020 in random order!

1. The Misfit of Demon King Academy

The Misfit of Demon King Academy is an isekai anime that premiered on July/2020, based on a light novel series by Shu and  Yoshinori Shizuma. This series is produced by  Silver Link studios.

Anos Voldigoad made an arrangement with the hero of man, Kanon, to risk his only life to guarantee that peace will flourish. 2,000 years later, Anos finds royal demons now ruling harshly over hybrid demons of the lower class. Anos, who is now actually itself a hybrid, wants to regain his former Demon King title but he must complete his graduation from the Demon King Academy where he is labeled a total misfit.

Read Also: Top 10 Isekai Anime where MC is Reborn in Another world

2. Re: Zero − Starting Life in Another World Season 2

Re: Zero − Starting Life in Another World, this 2020 hit isekai anime has returned for its second season and fans are eagerly waiting to see the end of this anime. This is one of the best isekai anime from recent years and can be easily said best of this season. Subaru Natsuki is a Slacker who has the power to call “Return by Death” He has the right to change the duration by dying.

He’s the butler of Margrave Roswaal, who employs him as a butler on Subaru ‘s suggestion. Upon unexpectedly dying again, Subaru attempts to explore the actions that led to his death and seeks to re-create these events.

He discovers that a spell has been put on him, and derives it had originated from a village he had visited earlier. Subaru, Rem, and Ram must save the peasants from beast-like monsters.

3. My Next Life as a Villainess: All Routes Lead to Doom!

My Next Life as a Villainess: All Routes Lead to Doom! is an isekai anime that features a character going into a game or another world. It is based on a  light novel series written by Satoru Yamaguchi and illustrated by Nami Hidaka

. Catarina Claes is the protagonist of this isekai anime who is a young daughter of a noble family find herself being hit on her head. She is later resurrected in the universe of the otome game Fortune Lover, resurrected as a simulation of villainy.

Catarina is beginning to take counter-measures to try to stop it going the same direction as the original game. It, though, ends up with unintended consequences for her interaction with the other characters.

4. Peter Grill and the Philosopher’s Time

This brand new 2020 isekai anime series from Wolfsbane studios is much funnier than we first thought of watching the trailer. First published as a manga in monthly  Futabasha’s seinen manga magazine and this anime got its season premiere on July 11, 2020.

Peter Grill, is a fighter in the Heroic Swordsmen ‘s Guild. Upon winning a foreign fighting tournament, he is crowned the toughest person on Earth. He gets permission to marry the daughter of the Guildmaster, Luvelia. And therefore women of many other ethnicities are looking for the “seed” of the strongest warrior to continue their lineage.

This anime is straight from the pages of a light novel series by Reki Kawahara and ABEC, now it has become a gateway anime in the whole isekai genreSword Art Online: Alicization Season 2 opens with the death of Quinella, who was once the pontiff of the Axiom Faith. Kirito tries to enable contact with the actual world out front. Alice takes it upon herself to keep him alive and end up taking him to Rulid Village. For a while, in the village, it all seems fine, and Alice begins to drift back to old ways.

She tumbles into the Underworld without attempting to make any previous plans. Deluded West players enter the game when most Japanese players are inactive. Asuna actually comes behind her and gets Kirito out there to save him.

The plot follows a 25-year-old man named Shingo Ichinomiya who ends up in an exceedingly mystical dream world as a young six-year-old boy named Wendelin von Benno Baumeister, the eighth son of the noble Baumeister family while seeping one night.

He searches his father’s collection and discovers a mystical sphere of control that shines in rainbow colors as he triggers it, showing that he has the potential to use spells. Alfred, a retired court magician who has been left undead, detects his mystical powers. for more details, you have to watch this isekai anime that just finished airing its first season.

It got some mixed reviews from the fans but I would suggest you watch this new 2020 anime especially if you are a fan of isekai genre.

7. Ascendance of a Bookworm Season 2

What if you are a bookworm and died while reading books and then again reincarnated as a child where you can read as many books you can, then you are in luck. This isekai anime of 2020 follows a  post-secondary who is also a bookworm but a tragedy happens that this girl dies and then reincarnated in a world where she can read books forever.

She wakes up as a 5-year-old girl in this book-loving world where books are scarce and only available to noble class people. Myne, preserving her experiences from her former life, tries to create and publish her original books so that she might read them again. 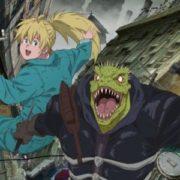 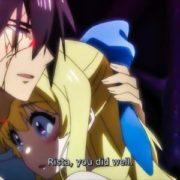