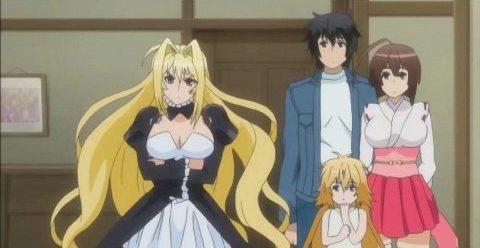 Sekirei is another one of those dubbed Harem anime you can enjoy on a good night. The story follows Minato Sahashi, who fails his college entrance exam for the second time, resulting in him being regarded as “worthless”.

Minato is suddenly swept off his feet by a beautiful, supernatural woman that falls from the sky and into his life.

That woman, Musubi, is a “Sekirei,” which is a humanoid extraterrestrial with extraordinary superpowers.

As a result, Musubi kisses Minato with a mixture of confusion and excitement. The result is creating a bond with him, which will drag him into the high-stakes world of the beings called Sekirei.

This is a story that chronicles what happens when a man and his new superpowered partner must compete against others in a battle for survival called the “Sekirei Plan.”

Read Also: The 28 Best Cutest Anime Girls that will Melt your Heart 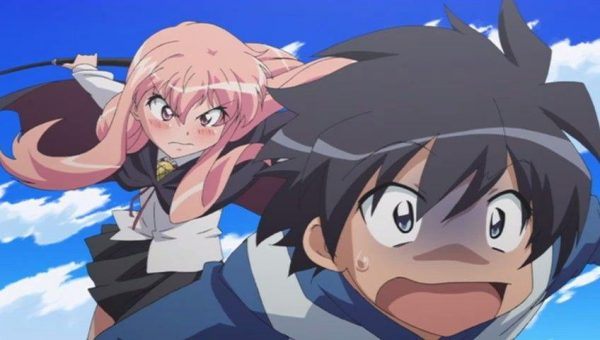 Zero no Tsukaima is a fantasy, romance harem anime tv show. It’s been adapted from a series of light novels by Japanese author Noboru Yamaguchi.

The plot starts off with a summoning ritual, where Louise succeeds in her summoning. However, she begins to suspect it for another failure because there is an explosive result! In the end, it turns out that Saito Hiraga was successfully summoned!

However, Louise is not content with her familiar, as she treats Saito like a slave and forces him to eat off the ground. But later, Saito’s hand started etching, which is a sign of a powerful familiar named Gandalfr.

Zero is a wild, adventurous, and explosive anime that has harems, romance, and action. Hence, No one wants to miss this perfect dubbed tv show.

See Also: Here are The 20 Animes Girl with Green Hair 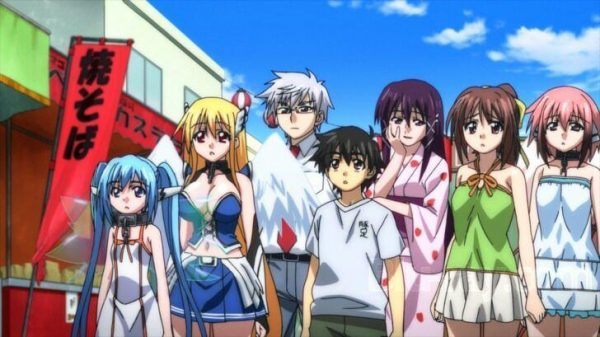 Tomoki Sakurai has a recurring dream of an angel. That’s why he wakes up every morning with tears in his eyes. This dream is of a floating anomaly that scientists don’t understand yet.

One day while observing a mysterious event in the sky, Tomoki’s peaceful life is forever changed when he witnesses a girl falling from the sky and starts calling him master.

This is a good harem anime, that is called “Sora no Otoshimono” and follows the daily activities of the New World Discovery Club as they begin to learn more about the Angeloids who have arrived on Earth. 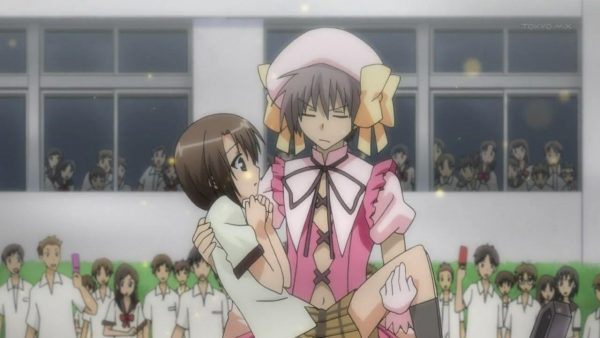 Here is an anime adaptation of the Japanese Comedy Harem light novel series written by Shinichi Kimura, this dubbed harem anime has pretty girls, overpowered characters, drama, and even characters from another world.

This is the story of Ayumu, a regular high school boy who one night while walking home from the convenience store, is shockingly killed by a serial killer and then brought back to life by Eucliwood Hellscythe.

Sure, he’s one small caveat: he’s no longer a human – now a zombie who can’t die. This is a series that will show you that not all zombies are human-eating, evil monsters! 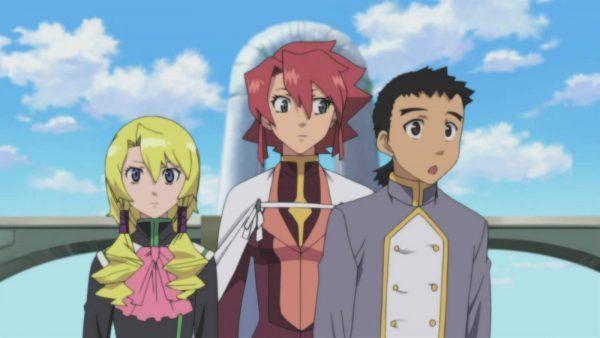 This dubbed harem anime is actually an OVA series, called Tenchi Muyo! War in Grimgar. It is a Japanese spin-off tv show based on the Tenchi Muyo Novel.

The plot of the series revolves around a guy called Kenshi Masaki who suddenly gets transported to another world.

To get back home, Kenshi agrees to help a group in assassinating the new empress of the Shtrayu Empire, Lashara Aasu XXVIII. As her army fights them off, Lashara takes note of his abilities and demands that her attacker is captured alive.

The arrival of Kenshi creates a lot of attention. But before long, he realizes that something sinister is brewing within his academy and might result in a worldwide war. 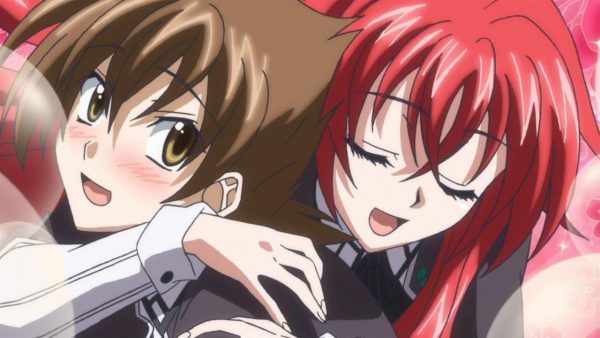 Want to binge-watch a good dubbed harem anime series with an interesting and unique plot? Check out high school dxd, an action-packed series that you won’t be able to stop watching! the story of this series follows Issei Hyoudou, Who will get brutally killed!

Luckily, he gets a second chance at life when Rias Gremory a top-class devil revives him as her servant. Now, Issei must train and fight in order to survive in the violent world of angels and devils.

In High School DxD, the protagonist keeps his life a secret but is surrounded by hilarious and epic moments with his new adventures. 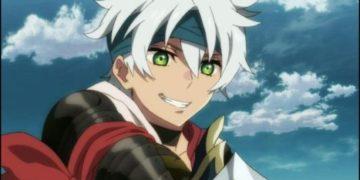 Best Action Comedy Anime Series You Must Watch! What could be more fun than an anime series where action and...

15 Facts About Naruto That You Never Knew About!