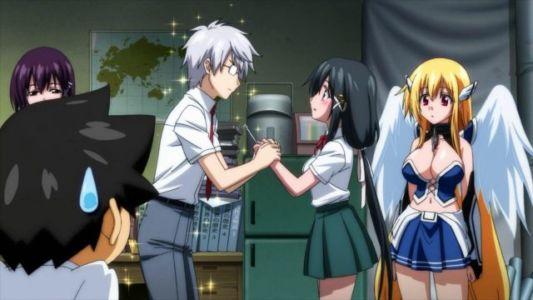 10 Ecchi Anime Movies That will Excite you!

Ecchi anime movies one of the most searched anime genre on search engines, and probably not all anime websites made such a list which focus only on the ecchi genre.

that’s why BakaBuzz exclusively gives you 10 Best Ecchi Anime Movies of all time.

By the way, if you’re interested in anime movies with various genres: be it, Action, Adventure, Comedy, Magic, Fantasy, Romance and so on…

Also: check out this list of 10 Best Anime Movies with an English Dubbed 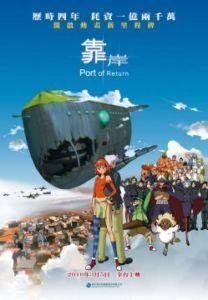 Kao An is a 2009 ecchi anime movies and is a Spring House Entertainment AG Studio Production.

The heart is a battlefield where struggles between good and evil, light and darkness rage.

Frostlight, a naive girl bent on achieving perfect love, disregards the fortuneteller’s warning and uses a mystical string to guarantee her to sway over Westwind’s heart.

But on the very verge of attaining the happiness she desires, a war breaks out.

Before meeting Westwind, Frostlight departs on a perilous and fantastic journey.

The more she wishes to return to the docks, the further the whaleship soars into an endless abyss.

Finally, against her habitually selfish nature, Frostlight makes the ultimate sacrifice to save her fellow passengers. 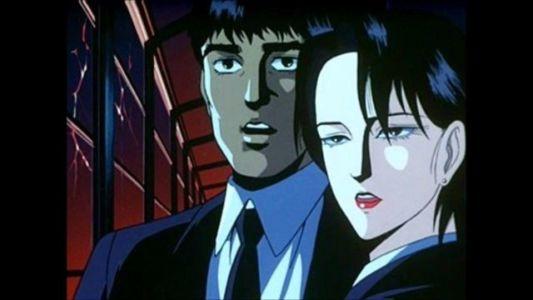 Wicked City is a 1987 ecchi anime movies and is a Madhouse Studio Production.

There is Earth, our familiar world, and then there is the Black World, a parallel dimension that very few people are aware of.

For centuries, a pact between the two worlds to maintain peace, and terms must changes to continue relative harmony.

This time around, there is a militant faction that will stop at nothing to prevent the signing of a new treaty for inter-dimensional peace.

Two agents of the elite organization known as the Black guards—defenders of the balance between the two worlds—are charged with insuring the success of the treaty.

Read Also: 10 Best New Movies Based on Anime and Manga 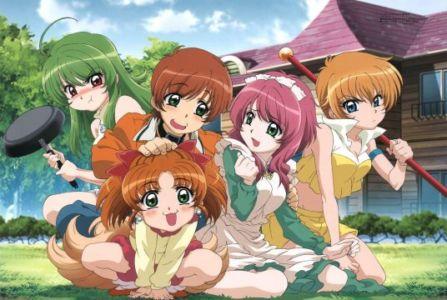 Inukami! is a 2007 ecchi anime movies and is a  Seven Arcs Studio Production.

In 2007, the Punishment of $exual Perversions Law came into effect.

a squadron wearing protective suits is surrounding The city and they begin to arrest any who look like perversions.

No wonder that Inukami Master Keita and Inukami Yoko are wanted for Class A perversions.

What will happen to Keita, Yoko, Kaoru’s Inukami, and the other lovely perversions? What about Karina? 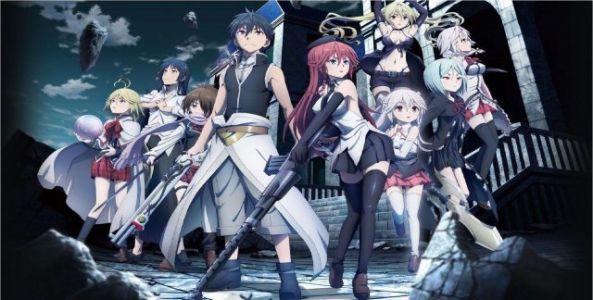 Suddenly, he is enveloped by a bright white light, and a girl appears before him.

She calls herself Lilim, and treats both Arata and Lilith as her parents.

At the same time she appears, something changes in the world.

In the Library of the ultimate culmination of Alchemy, the White Demon Lord.

The White Demon Lord plots to eliminate Arata and the Trinity Seven to usurp the position of Demon Lord.

Bristling with untold power, the White Demon Lord attacks Arata, and triggers a desperate crisis where Arata and the Trinity Seven must save the world in this last battle. 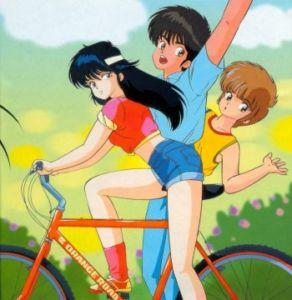 It’s been several years and Kyosuke Kasuga is now 19.

A mysterious phone call warns him of oncoming cars but he doesn’t listen.

Ironically, he gets hit by a car and because of his telepathic abilities, gets sent three years into the future.

His 22-year-old future self is now a photographer who is lost in Bosnia.

Kyosuke must find his 22-year-old future self and restore himself, the 19-year-old, to his correct time.

Along the way, he reunites with Hikaru who is now a professional and famous dancer. 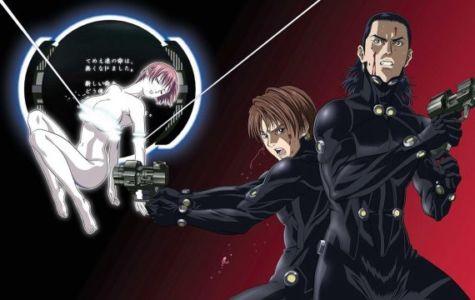 Gantz:O is a 2016 ecchi anime movies and is a Digital Frontier Studio Production.

Death does not have to be the end; one can live again, but only through beating the game posed by the black ball called Gantz.

On his way home to celebrate his younger brother’s birthday, brave and kind-hearted student “Masaru Katou” is stabbed to death.

He awakes in a small room with a cityscape view in the heart of Tokyo—and he is not alone. To his surprise, it is not the afterlife, but the waiting room for a high stakes game with their lives on the line.

Before he has the chance to process the situation, Masaru is handed a gun and teleported into the center of Osaka to carry out one simple task: eliminate any alien on sight.

Accompanied by the aged Yoshikazu Suzuki, the stunning idol Reika Shimohira, and the cold but experienced Jouichirou Nishi, Masaru must overcome his fears in order to survive the game and return home to his waiting brother. 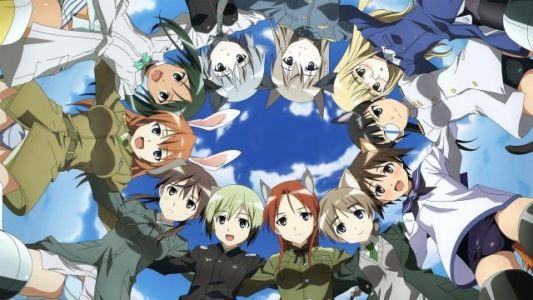 Strike Witches is a 2012 ecchi anime movies and is an AIC Studio Production.

In 1945, Yoshika Miyafuji, who lost her witch powers during the Strike Witches’ last assignment, has been studying to become a doctor.

Shizuka Hattori, one of her cadets in the Imperial Fuso Navy, then arrives to deliver a message: Yoshika is transfers for study abroad in Europe. 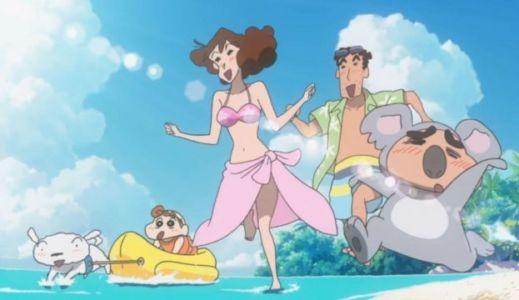 CRAYON SHIN-CHAN is a 2001 ecchi anime movies and is a Shin Ei Animation Studio Production.

Adult people all over Japan had been captivated by 20th Century Expo, theme parks that reenacted good old days of the 1970s (the last days of Japan’s high economic growth).

One day the adults disappeared into the theme parks, leaving their children abandoned.

That was a plot by ‘Yesterday Once More’.

An organization who despises the 21st century and tries to bring Japan back to the 20th century.

Shinnosuke and his parents, Hiroshi and Misae, fight against the plot of ‘Yesterday Once More’ in order to live together with family in the 21st century.

Heaven’s Lost Property is a 2011 ecchi anime movies and is an AIC A.S.T.A. Studio Production.

For as long as he can remember, Tomoki Sakurai has woken up crying to the same dream: an angel he has never met disappearing into the skies, saying, “The sky has captured me.”

But one day, the dream is different.

Now, the angel descends from the skies, desperately asking Tomoki for his help.

After falling asleep in class, his childhood friend Sohara Mitsuki wakes him up and notices the tears in his eyes.

Worried, she has him consult Eishirou Sugata, their eccentric upperclassman who is obsessed with “The New Continent”—a flying anomaly whose existence no-one can explain.

With the anomaly set to pass over their town, Sugata decides the trio should meet up at midnight in a bid to solve Tomoki’s dream as well as gather more information on The New Continent.

Being the only one who showed up, Tomoki is about to leave when an angeloid falls from the sky and binds herself to him, declaring him her master.

Shortly after, Sohara forces him to join the New Continent Discovery Club, whose sole member is Sugata.

Together, they work to uncover the secrets behind The New Continent, angeloids, and the girl behind his dreams—but what they discover may be much more sinister than what anyone expected… 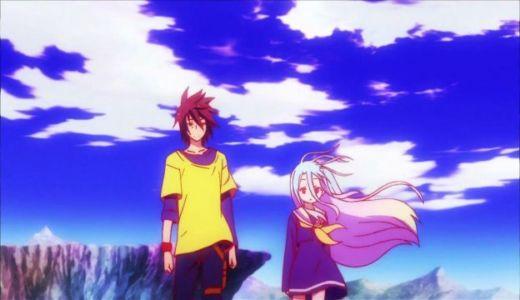 NGNL Zero is a 2017 ecchi anime movies and is a Madhouse Studio Production.

In ancient Disboard, Riku is an angry, young warrior intent on saving humanity.

The sixteen sentient species, fighting to establish the “One True God” amongst the Old Deus.

In a lawless land, humanity’s lack of magic and weak bodies have made them easy targets for the other Exceed.

One day, however, hope returns to humanity when Riku finds a powerful female Ex-machina, whom he names Schwi, in an abandoned elf city.

Exiled from her Cluster because of her research into human emotions, Schwi is convinced that humanity has only survived due to the power of these feelings and is determined to understand the human heart.

Forming an unlikely partnership in the midst of the overwhelming chaos, Riku and Schwi must now find the answers to their individual shortcomings in each other and discover for themselves what it truly means to be human as they fight for their lives together against all odds.

Each with a powerful new ally in tow, it is now up to them to prevent the extinction of the human race and establish peace throughout Disboard!