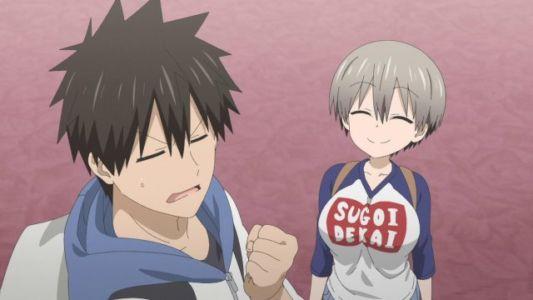 Here are The Best Romance Anime tv Shows of 2020

Once it comes to anime, we work with a broad variety. When you assumed the anime was all about scary, mecha, action, think differently. Romance exists in all kinds, and so do people’s interests in romantic TV shows. Many people enjoy true romantic anime, others prefer romcoms, and some tend to weep a lot. Luckily, you can find all of these in anime — sometimes all in one show. The anime genres are numerous, out of which romance is one of the most common genres. The romantic genre is further categorized into several subgenres, and there’s plenty for everybody. You have light-hearted romantic comedies on the one hand and serious romances on the other.

Here I am telling you about 10 Best Romantic anime to stream in 2020! 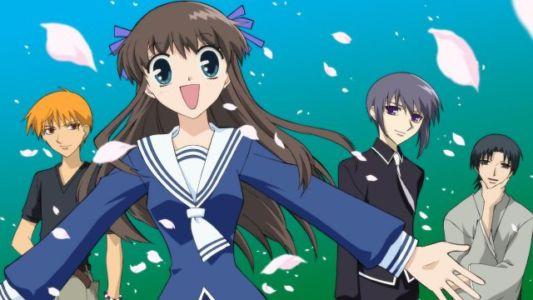 This is one of the best romantic anime out there and currently airing its second season. Even Slice of Life genre-based anime fans are linking this new romantic anime.

Based on a Sjojo manga of the same name by Natsuki Takaya. The manga itself also ranks among one of the best shojo mangas of all time. The romantic anime is getting popular because of its storytelling and character development.

The Plot -It follows the adventures of Tohru Honda an orphan girl who meets Yuki, Kyo, and Shigure Soma. She discovers that the Chinese zodiac spirits had abducted 12 people of the Soma family. When they are vulnerable, depressed, or taken up by someone other-gender, they are forced to transform into their animals. The other partner is not taken away by the zodiac.

As the series progresses, Tohru learns of the hardships and pains faced by the afflicted Somas. Her own generous and loving nature helps to heal their emotional wounds. Tohru also learns more about herself as she learns more about Yuki, Kyo, and the rest of the mysterious Soma family. 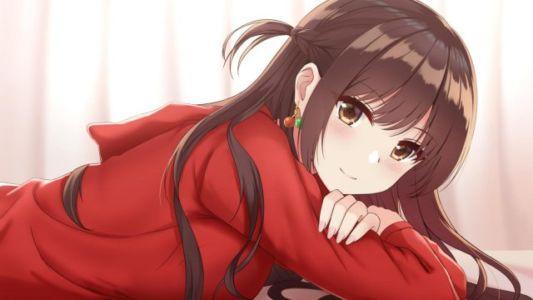 You will be surprised to know that Rent-A-Girlfriend is based on a real-world service in japan. It is a service where you can hire a girl to pose as your girlfriend for a day.

The service that inspired makers for producing this anime. The anime features some of the best-written characters. It is a romantic anime that will keep you interested because of its characters and story particularly.

The Plot – Kazuya Kinoshita is a college student who gets emotionally disturbed after getting dumped by her girlfriend. He then tries to ease the gap in his heart by renting a girlfriend from a mobile application that is famous in this anime. At first, Chizuru Mizuhara seems to be the right girl for anything he might want: a nice look and a sweet, loving heart. Kazuya sees her profile and finds mixed reviews on it.

Kazuya believes that Chizuru only plays with men’s hearts and leavens her a negative rating. In anger at the disrespect of his client, Chizuru reveals her genuine nature: sassy and characteristic, the complete opposite of the first feeling of Kazuya. 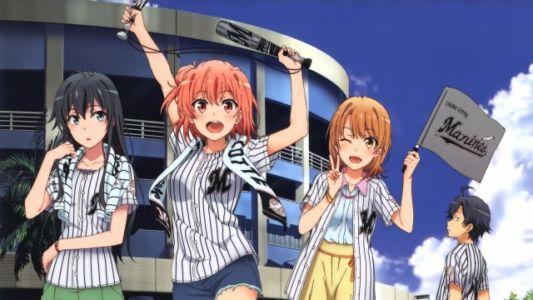 This is a slice of life themed romantic anime that takes you on a ride of roller coaster which is full of emotions. The runtime of each episode of this anime is around 25 minutes. After finishing each episode you will keep wanting for more episodes and will end up binging the whole seasons.

My Teen Romantic Comedy SNAFU is one interesting anime that will get you a vibe, a mix of romance, emotion, and some life lessons.

The Plot – This romantic themed anime has a protagonist named Hachiman Hikigaya, Who is a slacker and a high school student with some series of life problems. He does not belives in love and relationships.

He seems to believe that everybody is living a made-up life. Then one day his teacher forces him to join a Volunteer Service Club. So now he and his club mates have to help students who seek their support in achieving their goals

4. Uzaki-chan Wants to Hang Out! 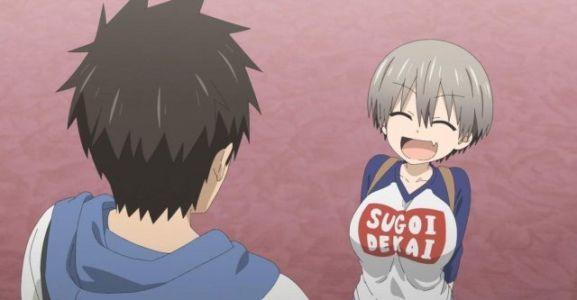 Both of the characters from this romantic anime go to the same college. It has some ecchi elements and some fan service because to gain the attention of mainstream anime fans.

The Plot – Hana is excited to go to the same college as Shinichi because he inspires her. After one year of seeing him just laze around now, she wants to hang out with him. Each episode tells a different story of their day to day life and adventures. 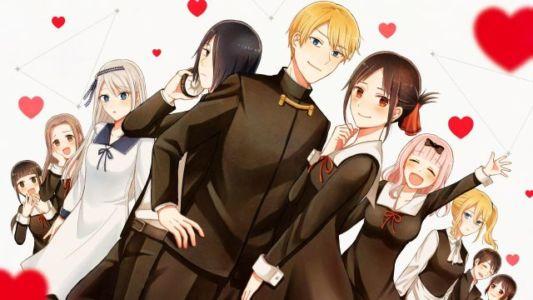 Kaguya-sama: Love Is War is based on a manga that has sold over 9 million copies and has won many awards. It follows a love-hate relationship between the two titular characters, Kaguya Shinomiya and Miyuki Shirogane.

It recently became a hit seinen anime among the romantic anime fans because of its over the top face-off against the two characters.

The Plot – Student body leader Miyuki Shirogane and vice-chairman Kaguya Shinomiya appear the right pair to be. Kaguya is the youngest daughter business family, and Miyuki is the school’s top student, and well known in the county.

And though they like one another, they are too proud to profess their love because they feel that someone who does so will fail first. The plot follows their different schemes to make one confess to the other. 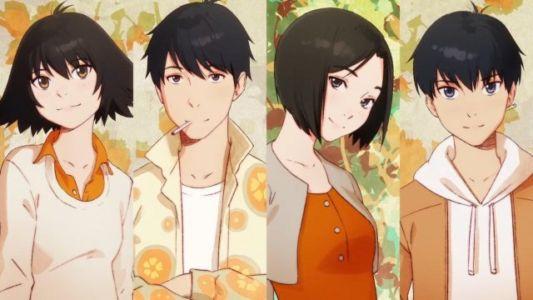 What if you are living a boring life doing the same thing over days and then suddenly your life has been changed because of something or someone. This anime features the story that I have mentioned.
It is the romantic anime that flew under the radar of many anime fans.

The plot – Rikuo Uozumi had all but resigned himself to a grim life, working aimlessly at a grocery store in Tokyo. His monotonous life is disrupted when the mysterious Haru Nonaka makes a vibrant visit, sometimes dropping to his place of work to be a friend of his. As Rikuo discovers that Shinako Morinome, an old college friend and crusher, has come back to town, he reaches out to deepen their friendship. According to Rikuo, though, Shinako holds traumatic reminders of her experience that prevented her from acknowledging her feelings 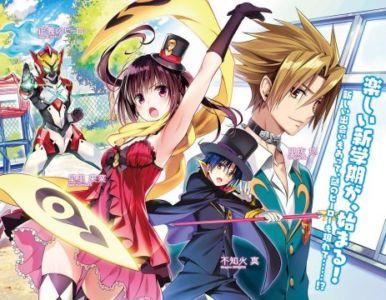 The Plot – Makoto Shiranui is looking up to a world-class wizard, Mamoru Hoshisato. Becoming his pupil, Makoto and his childhood friend Kana Hoshisato, known as Hatena, reside in Tokyo, where Makoto learns that there is more to life than just magic. After some struggles, Makoto is reunited with Hatena, but things aren’t the same as they were when they were young. 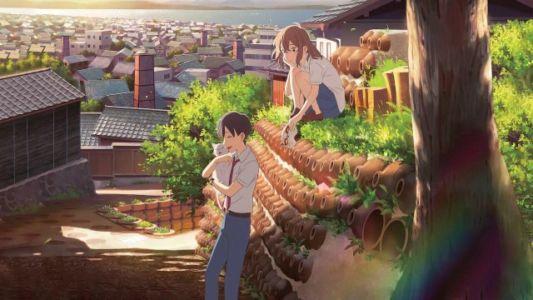 . This romantic anime was produced by the makers of sailor moon. It tells a story of two people one who wants to seek love and affection.

The Plot – Miyo Sasaki is a high school student who comes from a broken family because of her father and stepmother. Now she wants to be friends with a boy from his class named Kento. After an unsuccessful attempt,

she then tries to get his affection by transforming into a cat ( for the whole thing you have to watch the film). Now She has a choice to be a cat for the rest of her life or to be in her natural human form.

9. Science Fell in Love, So I Tried to Prove It

The latest entry in this list of romantic anime is an anime that will keep you al sci-fi fans on your toes. It has a very over the top story because of its premise which is a mix of sci-fi and romance.

The Plot of this romance anime depicts the story of Shinya Yukimura and Ayame Himuro, who are young but talented STEM students at Saitama University.

As Ayame confesses her feelings to Yukimura, she agrees to launch an ambitious project to answer a problem.

Is it possible to describe anything complex like love with a quantitative approach? The story shows how researchers perform various studies to measure the sensation of passion, while sometimes falling in love along the way. 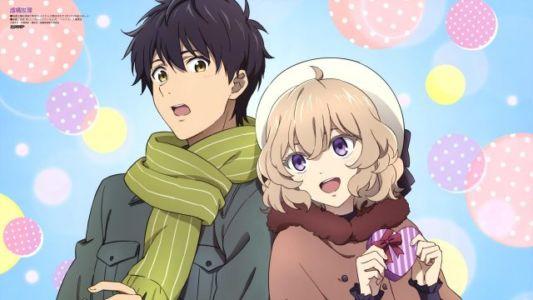 The Plot of this romantic action anime follows Kotoko Iwanaga, a teenager who sold her right eye and left leg to act as a mediator between the Spirit World and the Human World.

Together with Kurou Sakuragawa, the pair inspects the numerous alien apparitions that are taking place in the real world. Kurou’s ex-girlfriend, Saki Yumihara, works for the police and is also interested in the apparitions.