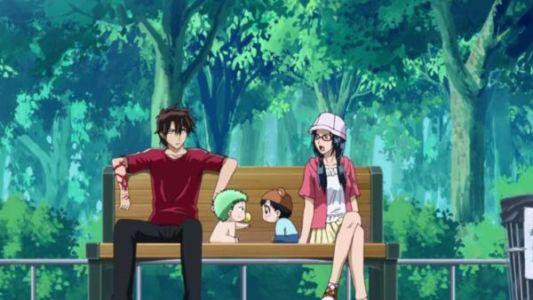 Hey everyone, welcome back to BakaBuzz, Sometimes we just want to watch an anime with a great love story, and sometimes with lots of action, and in this Topic we’re going to looking at the top 10 anime filled with just that.

So lets uncover the best 10 Anime with Action that gives chills and romance that warm hearts. 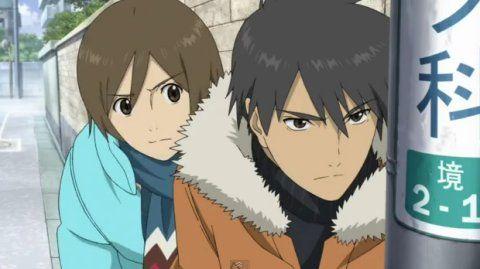 Starting off at number 10, we have Library Wars. In this action romance anime we follow the main character Kasahara Iku, the first woman to join a group known as the Library Task-force.

The story is set in Japan, in the near future, where a law is in place that censors all books and media, and restricting information to the public.

The Library Task-force is a group that is armed with military grade supplies and weapons in order to protect the books for the public.

This Anime Series was first released in April of 2008, and is filled with romance, action and some comedy too.

See Also: Top 10 Romance Anime where the Girl is Obsessed with the MC 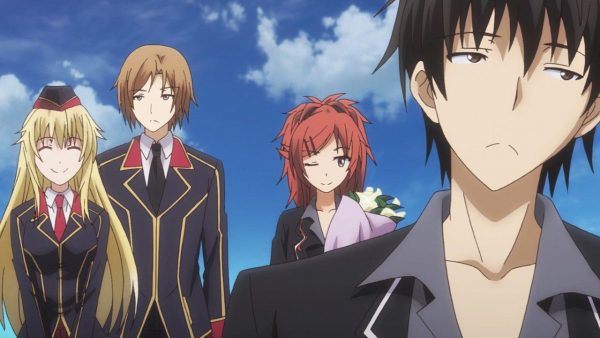 Next up at number 9, we have Qualidea Code. This anime shows us a magic and supernatural version of Japan, where extra dimensional beings appeared and waged war on the world, to protect the future generation, the children of Japan were frozen cryogenically.

Once humans were able to hold their ground against the invaders, the children were brought out of their frozen state, and realize that they have developed supernatural powers which can be used to fight the invaders.

This rom action anime was first released in July of 2016, and admittedly has a lot more action than romance, but there is still a bit of it there. 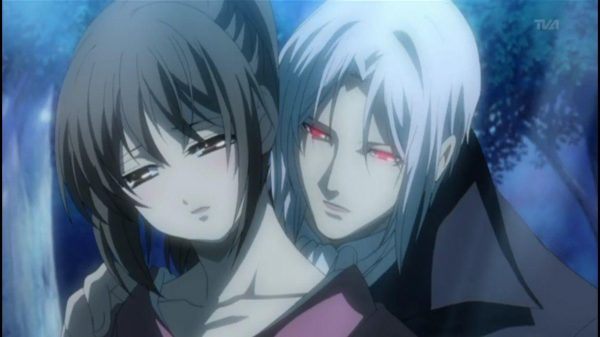 This anime follows a girl who disguises herself as a man to search for her missing father.
Taking place in 1864 Japan, there is a lot of samurai, and when there are lots of samurai, there is generally a lot of action filled battles.

First being released in April 2010, this anime like the previous one has a lot more action than romance, but it’s still there. 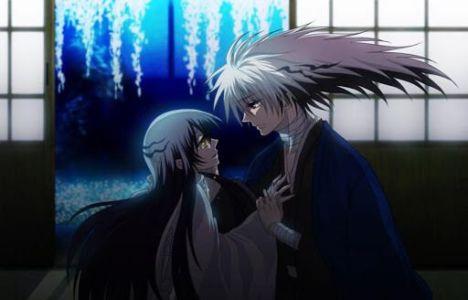 Coming At number 7 we have, Nurarihyon No Mago. Also known by its English name “Nura: Rise of the Yokai Clan”, this anime follows Rikou Nura, a boy that is part-youkai and part-human who chooses to live his life as a normal human.

This proves really difficult given the people he surrounds himself with, and the threats around him that just keep on coming.

Originally being released in July of 2010, this anime is definitely filled with action. Most of the romance happens in the second season, but it is still a great anime that many people enjoy. 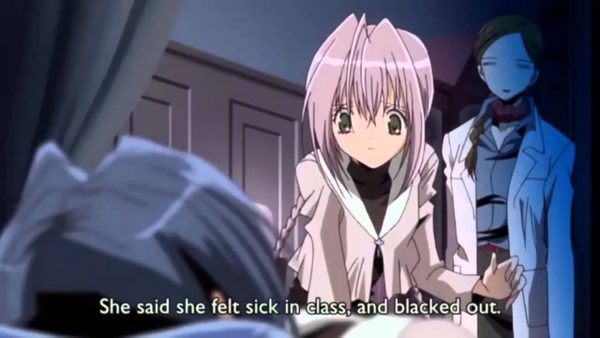 Next up at number 6, we have Zombie Loan. We follow the main character Michiru Kita, who has the ability to see when someone is going to die.

This power known as “Shinigami eyes”, lead her to find two boys who should be dead. After she
discovers their secret of already being dead, they drag her into their mission of killing zombies in order to pay off their Zombie Loan debt.

Not too much romance, but enough to see, this action vampire anime was released in July of 2007, and unfortunately if you enjoyed it, there is no second season on its way. 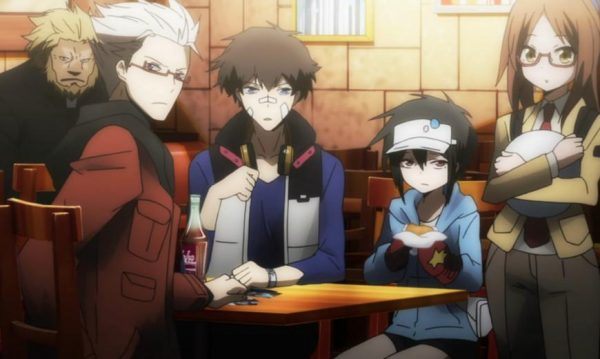 Originally released in January of 2014, this anime is not mainly filled with romance, but what it
does have, is action and a mystery to solve.

A small population of people known as “minimum holders” are people who can, create small miracles.

Classified under mystery, comedy and drama, this anime is definitely an interesting one. 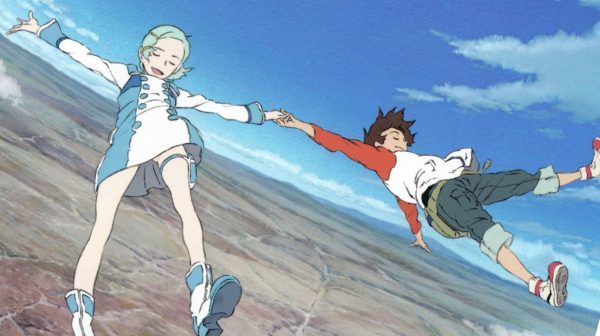 At number 4, we have Eureka Seven. Definitely a romance anime filled with action, and some mecha, we follow the main character named Renton Thurston, who dreams of becoming a member of a mercenary group.

His grandfather keeps pressuring him to be a mechanic, like him, but when a member of his dream mercenary group crashes into his garage, his life takes a turn when he becomes the copilot of a mecha suit.

First being released in April of 2005, this anime is 50 episodes of romance, action, and adventure. 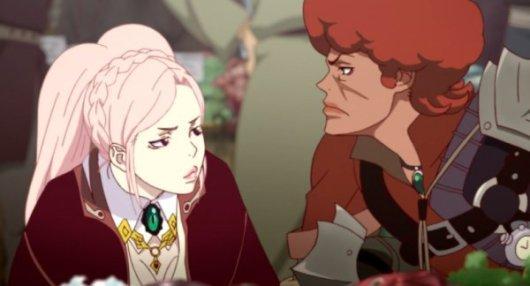 First being released in October of 2014, this anime takes place in the fantasy world of Mistarica, where thousands of years before a dragon caused complete chaos.

The dragon was then sealed away to keep the world safe, and the key to its prison was split apart to insure his containment. We follow the main character, Favaro, who meets a mysterious girl who holds half the key to the dragons prison.

His life is then thrown completely out of balance as his life is suddenly filled with action and adventure.

Next at number 2, we have Btooom. In this action romance anime, we follow the main character Ryouta Sakamoto, who finds himself on an island, with no memory of his life before that.

He is also trapped with other people, and the only way to get off the island and back to the real world is to kill 7 people.

This action survival game filled anime is meant for older viewers, but has been enjoyed by a wide variety of people.

At the number 1 spot, we have Beelzebub. This action, romance, and supernatural anime is set in Ishiyama High School, where violence and fighting is normal.

The most ruthless fighter in this school is a first year by the name of Tatsumi Oga.

One day, Oga finds a baby who just happens to be the son of the demon lord, and is nicknamed Baby Beel.

This madness continues when he has to navigate his vicious high school with this baby, plus the baby’s nanny, he definitely does not have it easy.

Dealing with action, demons all with a romance and comedic feel to it, all 60 episodes of this anime have been enjoyed since its first release in January 2011.

And with that, we have come to the end of today’s topic. If you enjoyed it, you can comment down
below about which action romance anime you enjoyed, and which ones you think should’ve been on this list.

As always, thank you all for being here, and see you in the next one.