Have you ever made a first impression and found out that you were totally off course.  Well, you don’t wanna judge a book by its cover.  Welcome to Bakabuzz, and for this Anime list we’re looking at main characters who at first glance show up as ordinary, and underestimated, but you’ll soon discover these Mc are so OP (overpowered) as hell.  You definitely don’t wanna underestimate these op mc and don’t ever mess with them either.

So, Let’s get started! 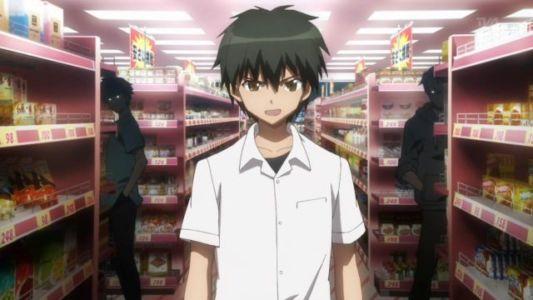 Sato Yo is an ordinary high school boy who likes playing games on his SEGA console. One day when he decided to buy bento for dinner at the local grocery store, he suddenly lost consciousness. When he finally woke up, he had no memory of what happened and no idea his life is about to change. Soon he learns that, in the world of Ben-To, discounted Bentos are sacred and highly sought after, and in order to get one, you need to fight your way to the top.

9. Madan no Ou to Vanadis 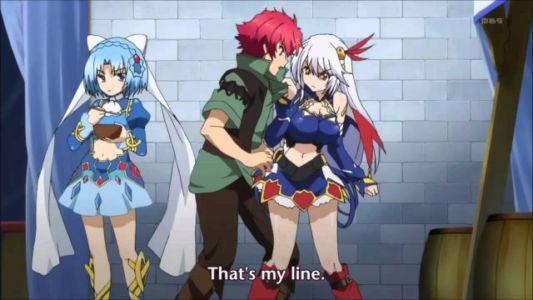 In a European fantasy era, countries are in non-stop conflicts. Zhcted is one of these countries, which consists of seven regions led by War Maidens, known as Vanadis.

However,  Eleonora one of the Vanadis will start a raid against the country of Brune. Therefore, Elen with her overpowered army succeeds in decimating the country of Brune, but she spares the life of Brune’s earl the young archer “Tigre” while giving him the order, “Become mine!”

So, What could be the meaning behind this new alliance?

Madan no Ou to Vanadis is an anime where mc is op but is underestimated with an epic adventure that consists of clever war tactics and beautiful women. Trapped in a multinational conflict, Tigre and Elen are swept up in a war filled with dark secrets, conspiracies, and corruption.

Read Also: Top 10 Anime Where MC Is Unemotional And Careless 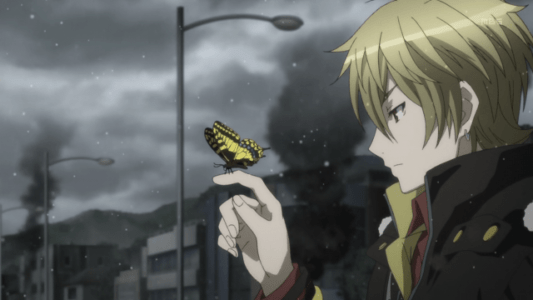 Mahiro Fuwa, a teenager whose family was mysteriously murdered one year before, and his friend Yoshino Takigawa. Hakase Kusaribe was left stranded on an unknown desert island by her followers.

She contacts Mahiro, and he agrees to help Hakase in exchange for her help to find out the culprit for the death of his family. Upon learning of his friend’s intentions, Yoshino joins him on his quest to stand against the Kusaribe clan who intends to awake the “Tree of Zetsuen” whose power can bring ruin to the entire world. Several dialogues and plot elements in Zetsuen no Tempest pay homage to the works of William Shakespeare. 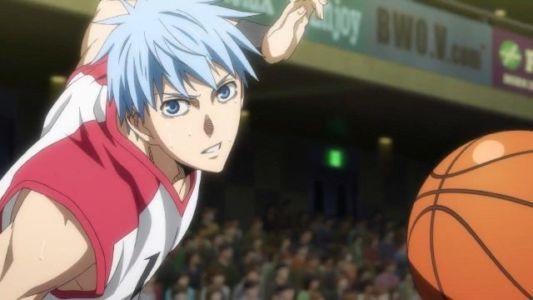 Teikou Junior High School’s basketball team is crowned champion three years in a row thanks to five outstanding players. Who, with their breathtaking and unique skills, leave opponents in despair and fans in admiration. However, after graduating, these teammates, known as “The Generation of Miracles,” go their separate ways and now consider each other rivals.

At Seirin High School, two newly recruited freshmen prove that they are not ordinary basketball players: The op Taiga Kagami, a promising player returning from the US, and the anime mc Tetsuya Kuroko, a seemingly underestimated ordinary student whose lack of presence allows him to move around unnoticed. Although Kuroko is neither athletic nor able to score any points, he is a member of Teikou’s basketball team, where he plays as the “Phantom Sixth Man,” who easily passes the ball and assisted his teammates.

Kuroko no Basket is a sports anime that follows the journey of Seirin’s players as they attempt to become the best Japanese high school team by winning the Interhigh Championship. To reach their goal, they have to cross pathways with several powerful teams, some of which have one of the five players with godlike abilities, whom Kuroko and Taiga make a pact to defeat. 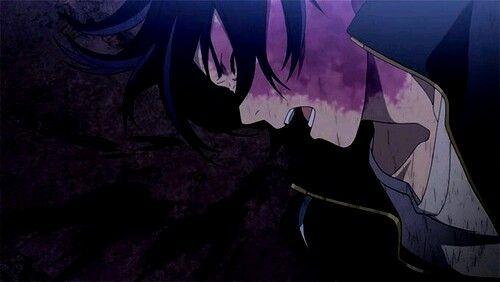 Noragami is a good supernatural anime where mc is overpowered but is underestimated, his name is Yato, who is a minor deity and a self-proclaimed “Delivery God,” who dreams of having millions of worshippers. Without a single shrine dedicated to his name, however, his goals are far from being realized. He spends his days doing odd jobs for five yen apiece until his weapon partner becomes fed up with her useless master and deserts him.

Just as things seem to be looking grim for the god, his fortune changes when a middle school girl, Hiyori Iki, supposedly saves Yato from a car accident, taking the hit for him. Remarkably, she survives, but the event has caused her soul to become loose and hence able to leave her body. Hiyori demands that Yato return her to normal, but upon learning that he needs a new partner to do so, reluctantly agrees to help him find one. And with Hiyori’s help, Yato’s luck may finally be turning around. 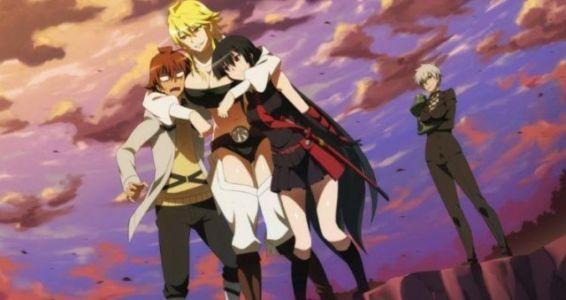 Night Raid is the covert assassination branch of the Revolutionary Army. An uprising assembled to overthrow Prime Minister Honest. Whose avarice and greed for power have led him to take advantage of the child emperor’s inexperience. Without a strong and benevolent leader, the rest of the nation is left to drown in poverty. Strife, and ruin.

Though the Night Raid members are all experienced killers. They understand that taking lives is far from commendable and that they will likely face retribution as they mercilessly eliminate anyone who stands in the revolution’s way.

This merry band of assassins’ newest member is Tatsumi, a naive boy from a remote village who had embarked on a journey to help his impoverished hometown. He was won over by not only Night Raid’s ideals, but also their resolve.

Akame ga Kill is a good anime series where mc is overpowered but is underestimated, and follows Tatsumi as he fights the Empire and comes face-to-face with deadly weapons. And also, enemy assassins challenge his own morals and values, and ultimately, what it truly means to be an assassin with a cause. 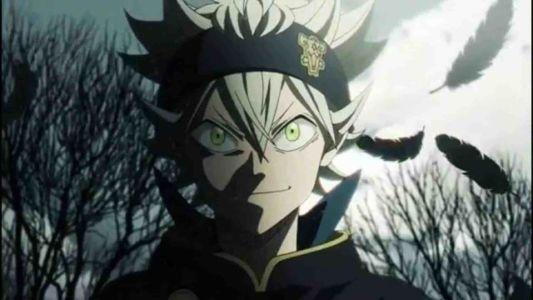 The story of this anime where mc is op but is underestimated follows Asta and his friend Yuno, two young orphans, who came to know of the “Wizard King”—a title given to the strongest mage in the kingdom.

They vow that they would rival each other for the position of the next Wizard King. However, as they grew up, the stark difference between them became evident. While Yuno is able to wield magic with amazing power and control. Asta cannot use magic at all and desperately tries to awaken his powers by training physically. When they reach the age of 15, Yuno receives a spectacular Grimoire with a four-leaf clover, while Asta receives nothing.

However, soon after, Lebuty attacks Yuno, in order to obtain Yuno’s Grimoire. Asta tries to fight Lebuty, but he is no match for him. Though without hope and on the brink of defeat, he finds the strength to continue when he hears Yuno’s voice.

Unleashing his inner emotions in a rage, Asta receives a five-leaf clover Grimoire, a “Black Clover” giving him enough power to defeat Lebuty. A few days later, the two friends head out into the world, both seeking the same goal—to become the Wizard King!

Read Also: 10 Anime where MC is a Transfer Student who is OP and Surprises Everyone with His Power 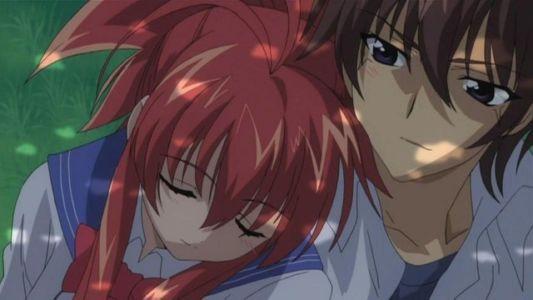 The story of this fantasy anime where mc is op but is underestimated follows Akuto Sai, who transfers to Constant Magic Academy where he befriends a virtuous ninja clan member, Junko Hattori. On the way to the academy, they vow to make the world a better place together; however, the situation suddenly takes a turn for the worse upon his arrival—it is prophesied that he will become the Demon King!

As word of his destiny spreads, the school begins to fear him, and Junko’s trust in him falters. While Akuto is determined to not let his predicted future control his fate. it seems as though everything he says and does only serves to reinforce the fact that he is destined to be the Demon King.

Moreover, he is surrounded by a harem of beautiful girls who each have their own plans for him, ranging from bringing him to justice to simply showering him with love. With his newly awakened powers, Akuto must cope with his constantly growing list of misfortune and fight to prove that his fate is not set in stone. 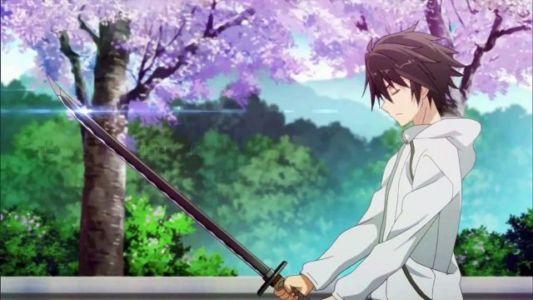 This ecchi romance anime where the mc is op but is an underestimated mc “Ikki Kurogane” who tries to become op and defies the odds that everyone thinks he can’t do. Ikki is the lowest of the low at his academy. While others have magical power and are high ranking.

Moreover, He is the only low ranker… a rank F.  But, At each and every turn he does the unthinkable from beating an A ranker to winning a tournament in order to graduate and achieve his dream of becoming strong when you have no chance of being able to. Hence, Ikki wants to prove that even the weak can be strong, all the while gaining new friends, wisdom, and experience.

Read Also: 10 Anime Series Where The Main Character is a Villain 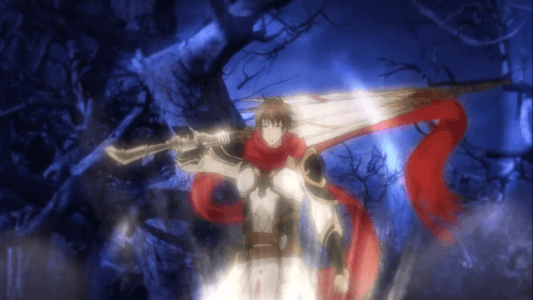 Widely regarded as a trailblazer and top-tier professional player in the online multiplayer game Glory. Ye Xiu is known as the “Battle God” for his skills and contributions to the game over the years. However, when retiring from the team and leaving his gaming career behind, he finds work at a nearby internet café.

So, he made a new career using a new character “Lord Grim.” Ye Xiu’s early achievements on the new server immediately catch the attention of many players, as well as the big guilds, leaving them to wonder about the identity of this exceptional player.

However, while he possesses ten years of experience and in-depth knowledge, starting afresh with neither sponsors nor a team in a game that has changed over the years presents numerous challenges. The King’s Avatar is a great Anime where mc s overpowered, that follows the story of the op mc Ye Xiu, Along with talented new comrades once again dedicates himself to traverse the path to Glory’s summit!

Marvel's Avengers Video Game Release: Everything You Should Know 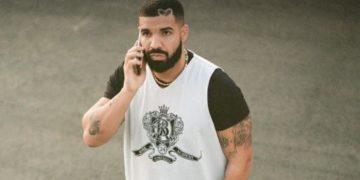 The 20 Richest Rappers With The Highest Net Worth Do you know who are the richest rappers in the world...

The 20 Saddest Anime To Watch That Will Make you Cry