Zero no Tsukaima is a fantasy and Harem Romance anime tv shows which is adapted from a series of Noboru Yamaguchi’s Japanese light novels.

the plot starts off During a summoning ritual, where Louise’s summoning results in a catastrophic explosion!

At first it seems like another failure, but when the smoke clears, Saito Hiraga appears.

But when Saito’s hand starts etching from the summoning ritual. rumours has it  to be the mark of a powerful familiar named Gandalfr.

Wild, adventurous, and explosive, The Familiar of Zero is an amazing Dubbed Romance Harem anime with an op mc that you will absolutely love.

See Also: Here are The 20 Animes Girl with Green Hair Ever since his Childhood, Tomoki Sakurai  always wake up with tears after a dream of an angel. this dream is about what is known as the New World, a floating anomaly that scientists can’t understand.

One day while observing a mystery in the sky. Tomoki’s peaceful life is changed forever as a strange girl falls from the sky and begins to call him master. Here is a anime adaptation of the Japanese Comedy Harem light novel series written by Shinichi Kimura, this harem anime has pretty girls, overpowered characters, drama, and even characters from another world.

Hence, you will know that Not every zombie is a horrific, monstrous, and a human-eating type.

this is the story of Ayumu, who in a night while walking home from the convenience store, regular high school boy Ayumu Aikawa is killed by a serial killer and HE is just as suddenly brought back to life by a necromancer named Eucliwood Hellscythe.

One small caveat: he’s not a human anymore, now a zombie who cannot die. The Dubbed Version of this Harem Anime OVA series is known as Tenchi Muyo! War in Grimgar, which is a japanese spin-off tv shows adapted from Tench Muyo series by Masaki Kajisima.

the plot of the series revolves around Kenshi Masaki who finds himself in another world.

To get back home, he agrees to help them assassinate the new empress of the Shtrayu Empire, Lashara Aasu XXVIII. As her army fights them off, Lashara takes note of Kenshi’s abilities and demands that her attacker be captured alive. His arrival attracts attention, but Kenshi is unaware that something sinister is brewing within the academy and it could plunge the entire world into war. Looking for a good dubbed harem anime that may spice things up, well high school dxd is one of the best anime series of all time, which make it a perfect pick for you to add to you watch list.

the story of this pretty harem anime series follows Issei Hyoudou, Who will gets brutally killed!

However, he gets a second chance at life when Rias Gremory a top-class devil, will revives him as her servant. Now, Issei must train and fight in order to survive in the violent world of angels and devils.

Any given adventure leads to many hilarious and epic moments with his new comrades. all the while keeping his new life a secret from his friends and family in High School DxD! 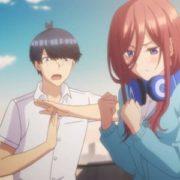 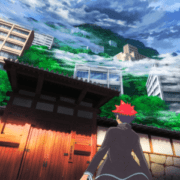