Best Magic Anime Where MC is Hated By Everyone at First 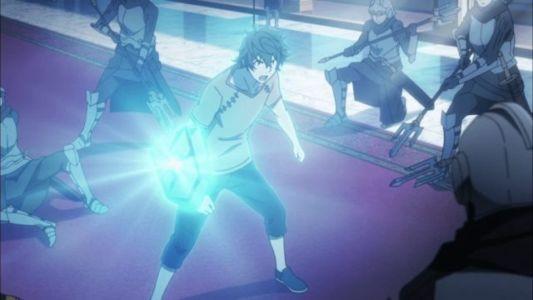 Best Magic Anime Where Mc is Hated By Everyone at First

Magic anime tv shows are one of the most watched anime sub-genres. The reason for such success is that this anime-themed type consists of epic scenarios, legendary beasts, and unique superpowers, and usually takes place in a fantasy world, where mages, witches, and sorcerers follow their given mission and try giving their bests to make it come true

Today, BakaBuzz compiles for you a list of the 10 best magic anime Where the main character is hated by everyone at First. 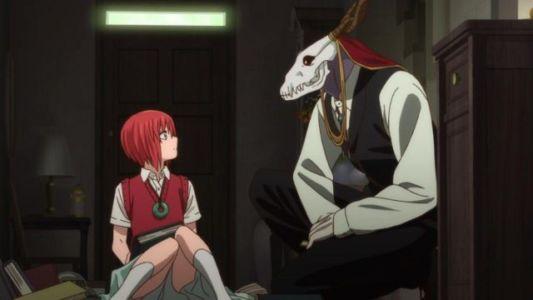 Let’s Kick off our best magic anime with a hated mc, with this amazing Japanese tv show that depicts the story of Chise Hatori, a 15-year-old Japanese girl, who was sold for five million pounds at an auction to a tall masked gentleman.

Abandoned by her peers for her unconventional behavior, she wants to give herself to any buyer for a living. On her way to an unknown fate, she hears whispers from men. The mysterious man leads the girl to a study, where he reveals himself to be Elias Ainsworth. After a confrontation and teleportation magic, the two open their eyes to Elias. Greeted by fairies and surrounded by weird and wonderful beings upon her arrival. These events mark the beginning of Chise’s story as the apprentice of the ancient magus. 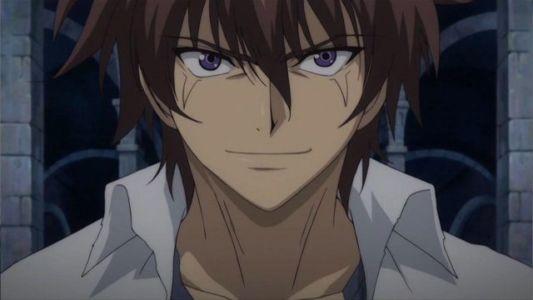 Ichiban Ushiro no Diamao is a Good Magic Anime with a hated Op Mc that you will absolutely love. This series revolves around Akuto who Dreams of changing the world for good. Everything starts as Akuto Sai transfers to Constant Magic Academy where he befriends a virtuous ninja clan member, Junko Hattori. On the way to the academy, they vow to make the world a better place together; however, the situation suddenly takes a turn for the worse upon his arrival. It is prophesied that he will become the Demon King!

As word of his destiny spreads, the school begins to fear him, and Junko’s trust in him falters. While Akuto is determined to not let his predicted future control his fate, it seems as though everything he says and does only serve to reinforce the fact that he is destined to be the Demon King. Moreover, he is surrounded by a harem of beautiful girls who each have their own plans for him, ranging from bringing him to justice to simply showering him with love. With his newly awakened powers, Akuto must cope with his constantly growing list of misfortune and fight to prove that his fate is not set in stone. 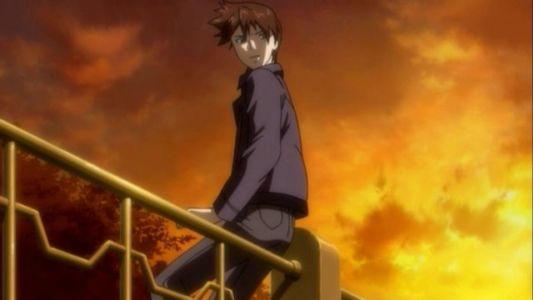 Looking for an anime with magic? well, Kaze no Stigma is the perfect anime to pick! this magical anime story follows The Op Mc Kazuma Yagami, a user of “Fuujutsu,” the ability to control the wind. He returns to his old home, the noble Kannagi household, after being banished four years ago for his inability to control fire and his subsequent defeat in a duel at the hands of his younger cousin, Ayano Kannagi. Returning after such a brutal exile already gives rise to many conflicts.

But to make matters worse, several Kannagi family members have recently been murdered with Fuujutsu. This leads the Kannagi family, including the hot-headed Ayano, to suspect Kazuma as the culprit. Now, Kazuma must not only clear his name. Also, aid the family he shares a mutual hatred with, in order to discover the true identity of the killer. 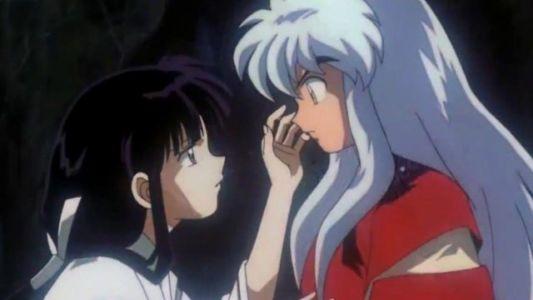 Here is A Classic Romance Magic Anime Series that follows Kagome Higurashi, a girl whose normal life ends when a demon drags her into a cursed well on the grounds of her family’s shrine. Instead of hitting the bottom of the well, Kagome ends up 500 years in the past. The demon’s true target is a wish-granting jewel called the Shikon Jewel, reborn inside of Kagome.

After a battle with a demon accidentally causes the sacred jewel to shatter. As a result, Kagome enlists the help of Inuyasha to help her collect the shards and prevent them from falling into the wrong hands. As the anime progress, Joining Kagome and the hated mc Inuyasha on their quest are the fox Shippo, the monk Miroku, and demon slayer Sango. Together, they must work together to find the power-granting shards spread across feudal Japan and deal with the threats that arise.

6. The Familiar of Zero 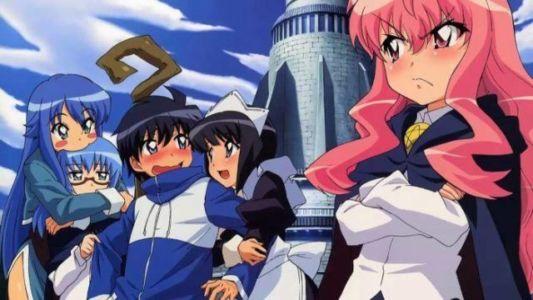 The story of this Japanese animated series showcases Louise Françoise Le Blanc de La Vallière, who is an egoist mage in a world of wands, cloaks, and royalty. Although she studies at Tristain Academy, a prestigious school for magicians, she has a major problem, Louise is unable to cast magic properly, earning her the nickname of “Louise the Zero” from her classmates. When the first-year students start performing a summoning ritual, Louise’s summoning results in a catastrophic explosion!

Everyone deems this to be yet another failure, but when the smoke clears, Saito Hiraga appears. Now Louise’s familiar, Saito is like a slave, whose work is to clean her clothes and eat off the ground. But when an unfamiliar brand appears on Saito’s hand from the summoning ritual, mages say it’s the mark of the powerful familiar Gandalfr. Zero no Tsukaima Manga and Anime follows Saito as he comes to terms with his new life and as Louise proves that there is more to her than her nickname suggests.

Well, this anime and manga series depicts the story of Sakurakouji Sakura, While Riding the bus one day, she looks out the window to see A teenage boy burning people alive.

The anime follows the Mc Oogami, a Code Breaker, one who “does not exist”, He is a seemingly hated cold-blooded killer who follows the principle of “an eye for an eye”, to “use evil against evil”. Sakura will then focus on trying to stop supernatural assassins from killing morally corrupt people. 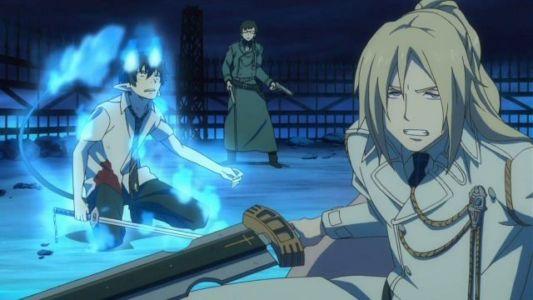 Blue Exorcist is one of the best magic anime series of all time! The story depicts: Humans and demons are two sides of the same coin, as are Assiah and Gehenna, their respective worlds. The only way to travel between the realms is by the means of possession, like in ghost stories. However, Satan, cannot find a suitable host to possess and therefore, remains imprisoned in his world. Attempting to conquer Assiah, he sends his son to grow into a vessel capable of possession by the demon king.

Ao no Exorcist Manga and Anime Series follows Rin Okumura who appears to be an ordinary, somewhat troublesome teenager. His world turns upside down when he discovers that he is the son of Satan and that his demon father wishes for him to return so they can conquer Assiah together. Hence, Rin decides to begin training to become an exorcist so that he can fight to defend Assiah alongside his brother. 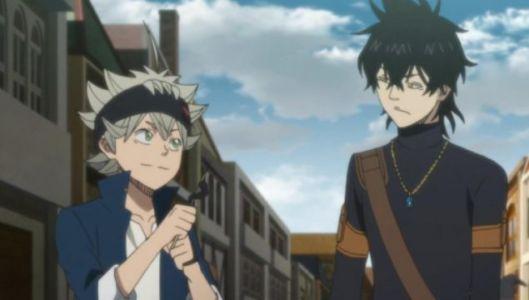 Black Clover is one of the best New Long running anime tv shows, this shonen magic series follows Asta and Yuno growing up together as children, they came to know of the “Wizard King”—a title given to the strongest mage in the kingdom. So, that they would compete against each other for the position of the next Wizard King.

However, as they grew up, the stark difference between them became evident. While Yuno is able to wield magic with amazing power and control. Asta cannot use magic at all and desperately tries to awaken his powers by training physically. When they reach the age of 15, Yuno receives a spectacular Grimoire with a four-leaf clover, while Asta receives nothing.

However, soon after, Lebuty attacks Yuno, in order to obtain Yuno’s Grimoire. Asta tries to fight Lebuty, but he is no match for him. Though without hope and on the brink of defeat, he finds the strength to continue when he hears Yuno’s voice. Unleashing his inner emotions in a rage, Asta receives a five-leaf clover Grimoire, a “Black Clover” giving him enough power to defeat Lebuty. A few days later, the two friends head out into the world, both seeking the same goal—to become the Wizard King! 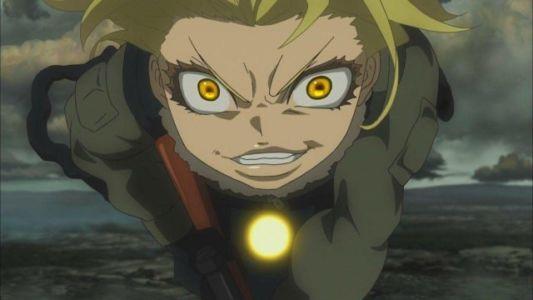 Tanya Degurechaff is a young soldier infamous for predatorial-like ruthlessness and an uncanny, tactical aptitude, earning her the nickname of the “Devil of the Rhine.” Underneath her innocuous appearance, lies the soul of a man who challenged Being X, the self-proclaimed God, to a battle of wits. As a result, he turns into a little girl and gets transported to a world of magical warfare.

Hellbent on defiance, Tanya resolves to ascend the ranks of her country’s military as it slowly plunges into a world war, with only Being X proving to be the strongest obstacle in recreating the peaceful life she once knew. But her perceptive actions and combat initiative have an unintended side effect. Is propelling the mighty Empire into becoming one of the most powerful nations in mankind’s history.

1. The Rising of the Shield Hero 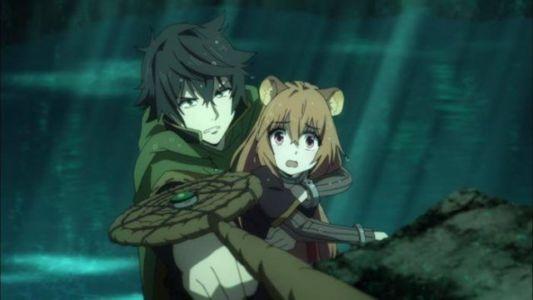 Tate no Yuusha no Nariagari is one of the best Magic Anime of 2019, this tv series depicts Stories of old four otherworldly heroes—wielding the sword, spear, bow, and shield—who defended the land from wave after wave of calamity. With the fate of the world in balance, the kingdom of Melromarc summons these legendary figures; In modern-day Japan, the call is answered, and the unwitting heroes are transported to this fantasy universe. Thrust into Melromarc and given the title of “Shield Hero,” otaku Naofumi Iwatani is labeled the weakest due to his lack of offensive capability and apparent inexperience.

When the heroes part ways to start their journeys, our hero only has one willing companion: the beautiful princess Malty Melromarc. However, she soon betrays him, steals all his money, and accuses him of taking advantage of her. For his crimes that he never do it,  the anime mc Naofumi is now hated by everyone and made an outcast of society. hence, With hatred filling his heart, he sets out alone, vowing vengeance against those who wronged him.