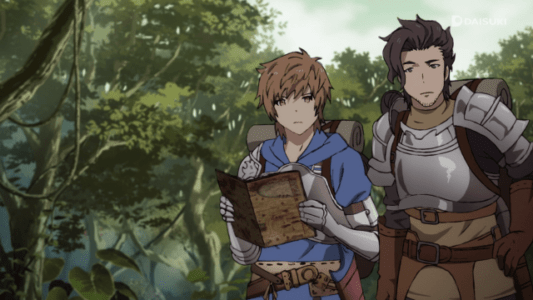 10 Fantasy Supernatural Anime For 2019 That You Should Check Now

Here is our recommended list for the best 10 Fantasy Supernatural anime tv series for 2019 that you should check out before 2019 is over!

10| To Aru Kagaku no Accelerator

Accelerator sits at the top, as the most powerful esper in the city. He is one of the seven rumored exceedingly powerful espers of the city, and due to his excessive ability as the top esper of the city, he spends his days being bloodthirsty. He is finally defeated by the aberrant ‘experiments’ that he is forced to repeat over and over for the sake of discovering absolute power. Soon after, he encounters a certain girl named Last Order, who greatly changes his fate.

Set in the world of Fate/Zero, Waver Velvet is the young master who worked with The King of Conquerors, Iskander, to try and win the fourth holy grail war.

Time has passed and now Waver has inherited the tile of Lord El-Melloi II from Lord El-Melloi himself. He now fights against all sorts of incidents at the headquarters of the Magus Association, Clock Tower which is overflowing with magic and shrouded in secrecy…

In the near future, it’s only natural that humanity has migrated to space. Nine girls decided to set out on a journey to camp on a planet. They set out on their space journey with their hearts beating in anticipation, but reality is much more beyond what they expected…!?

Long ago, magic and the long history that magic enjoyed as well, disappeared from the world.

Time moves on however, and we are now in the current era. Here live your average high school student, Mangetsu Kohinata, and Shingetsu Ernesta Fukami, a girl toyed with by history itself. One night, when the full moon appears extremely large, the two meet. The girls then decide to learn the secrets of the world of magic and the magical dolls Almanox.

Tohru Honda is a high school girl who, after losing her only family member, her mother, lives in a tent alone. It turns out that the premises she pitched her tent on belong to the prestigious Soma family! He comes to live with the Soma family. Shigure Soma capitalizes on Tohru’s abilities to do chores, Yuki Soma is known as the prince of her school, and Kyo Soma sees Yuki has his rival! She lives together with them, but knows nothing yet.

Read about: You Should Check This 10 Best Samurai Anime Shows Right Now

The 10 Anime Where OP MC Shows His True Power During The Battle!

The 21 Best Anime About Game To Watch Now