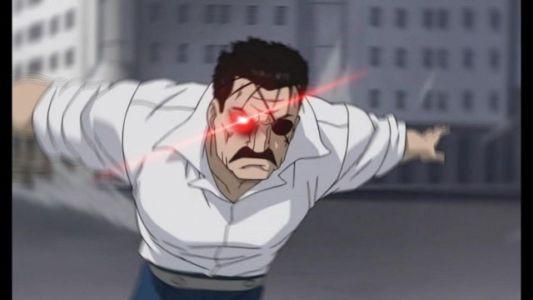 Top One vs An Army Anime Fights Scenes

Welcome to this New Article about the Top 10 Mind-Blowing Anime One Man Army Fights Scenes.

Keep in mind, that This action anime list contains only those fights between a sole or lone anime character who face and confronts an army of opponents all alone.

So, to make this anime list we tried our best to pick only the most awesome fights of one vs an army scenes!

But, we may overlooked or didn’t stumble upon some other anime shows that you may consider worth being on this list.

Therefore, just comment their titles and also your opinion toward these mentioned fierce anime fights! 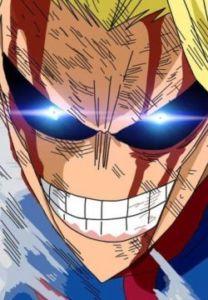 My Hero Academia is an Action Superpower Anime and manga series that we cant gets bored of it!

In this Episode of Boku no Hero Acadelmia, the Students of Class 1-A along with their teacher Eraser Head were surprised by facing the league of villains, and their intent of killing them all.

So, luckily Just before Tomura and Nomu kill off Izuku, Tsuyu and Minoru, All Might arrives at the U.S.J. facility.

Hence, He enters the central plaza in a flash, and instantly defeating a few villains while saving his friend Eraser Head.

Read Also: The Best Anime Series where the MC Is an Esper 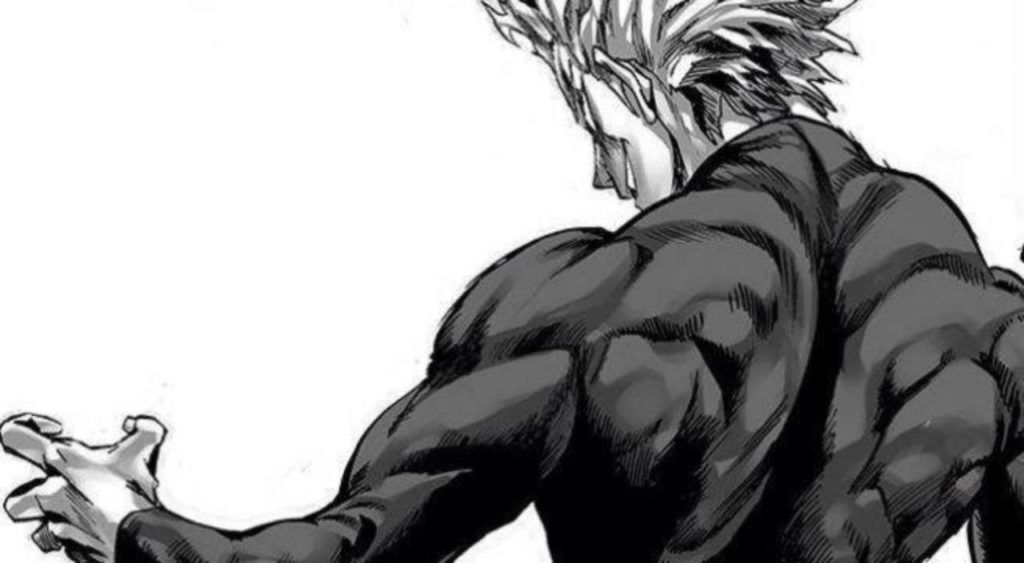 One pUnch man Seasons 2 was really Awesome specially with the newly added  villain Garo, he is a former disciple of Bang who was kicked out from his dojo for going on a rampage.

Hence, Because of his affection toward monsters and his hatred of heroes, he is commonly called the Human Monster and the Hero Hunter.

His goal is to defeat all heroes which is why the Hero Association tracks and views him as a grave threat to the organization despite being only a human.

Don’t tell me you didn’t know about the One Punch Man Anime and Manga Series if not! hurry up and watch it ASAP!

8. Levi vs Kenny and Military Police 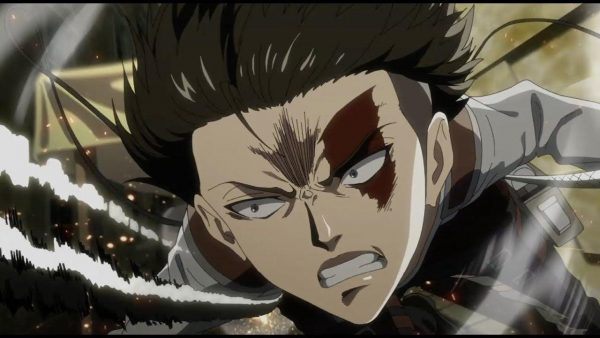 Kenny used to took care Levi during his childhood and taught him the skills needed to survive in the underground city.

However, he abandoned him due to believing that someone like him was not fit to be a parent.

Years later, Kenny kidnaps Historia and Eren Yeager, He takes them to Rod, who plans to make Historia change into a Titan and eat Eren in order to take back the Founding Titan.

Moreover, kenny and his squad attempts to kill Levi and the members of his and Hange’s squads. which leads that both levi and his uncle kenny will had an antagonist relationship due to being on opposite sides of the coup d’état.

7. King Bradley vs Everyone 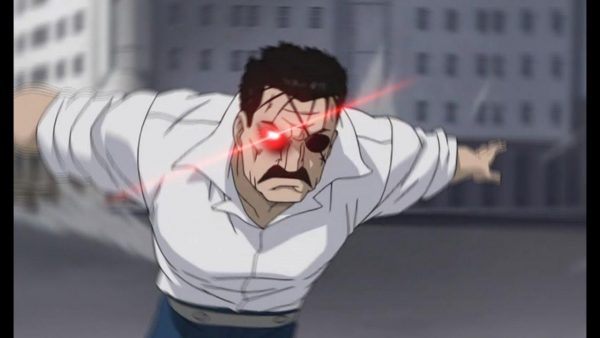 You dont know about fullmetal alchemist! shame on you as it is considered one of the greatest anime shows in history

King Bradely appear in the final battle, as he starts swiftly slaughtering all the soldiers who attempt to stop or shoot him.

the scene shows him as He attempts to enter the headquarters, by running forward while killing and destroying everything in his path, and  grievously wounding a subordinate Captain and then he starts another deadly battle with the renegade Greed, 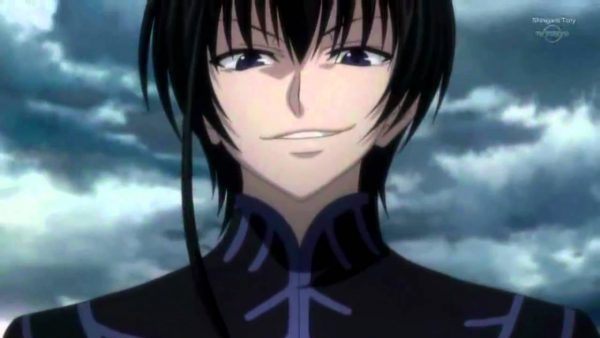 the Legend of the Legendary heroes is an anime and manga series that i think was overlooked a didnt got much attention!

Both Ryner and Milk are reported missing, which raises speculations.

Meanwhile, Kiefer, beginning her research in Gasark about the Iino Doue, is interrupted by Riphal, who offers to have tea with her.

Tiir Rumibul, who is easily able to powers up his magic by consuming other people’s lives and by absorbing magic. He has a dark past with Claugh Klom.

Hence in this battle he will overpowers claugh, cutting off his arm ,and slaughter much of the task force. 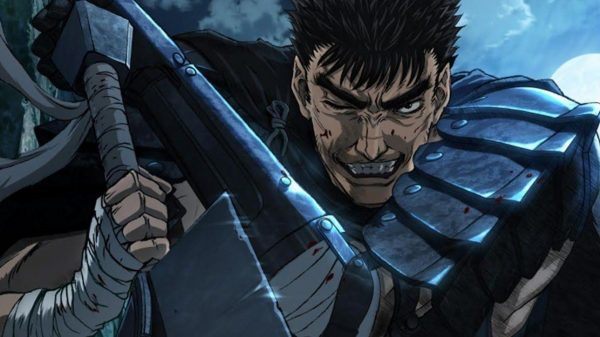 Berserk is One of the big Hits in the History of Japanese Anime and Manga series, and if you didn’t watch it you probably have already heard of it from various anime lists.

Guts has no choice but to fight 100 soldiers in order to give Casca time to escape.

What follows is an almost majestic symphony of animated carnage as Guts cuts and bludgeons his way through every new enemy that gets in his way.

Despise suffering all manner of wounds, the leader of the Hawk’s Raiders manages to survive the assault, leaving a hundred enemy knights dead and buried before even the dawn breaks. 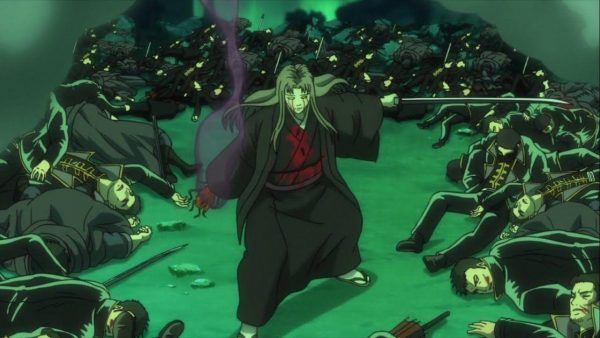 Frankly, Gintama is one of my own greatest anime and manga series i have ever watched, i can simply discribed as gathering or mixing all anime series in one place and you will get “Gintama”

knowing that Okita, Kagura, and Gintoki are so overpowered and who are used to face and defeat any enemy easily.

are now struggling and doing their best to save their lives and protects each others as possibile as they can!

So, Just Behold the frightening appearance of the immortal Utsuro, who seems just like an enemy that noone can defeat.

Really, its hard to believe that these strong characters cant do anything in front of utsuro, the man really left us speechless as he land his attacks swiftly and wreck havoc easily while everyone cannot even comprehend whats going on or at least lay a finger on him. 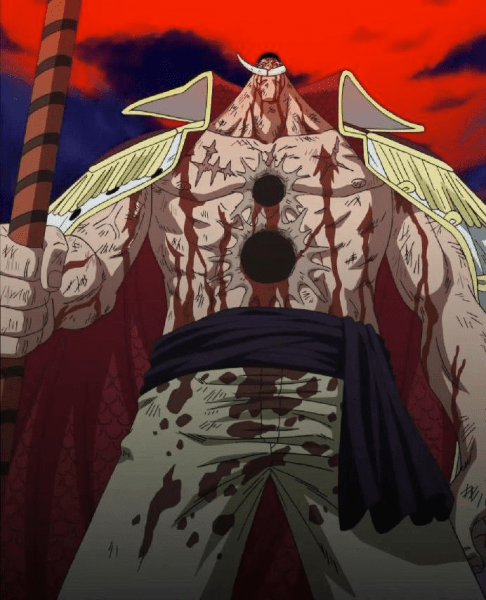 The greatest story ever told is One Piece, One Piece’ sets a Guinness World Record, as more than 320 million copies of the fantasy adventure japanese manga series have been published worldwide.

The Strongest Man in the World,  “Whitebeard”, is in the middle of one of the greatest battles in One Piece history.

This Great started due to capturing the captain of his second division “Ace”,  that why Whitebeard want to saves him and  has lead an all out assault on “Firefist” Ace’s execution day and is charging through the battlefield himself like the human earthquake that he is.

Hence, as an advice! Just dont forget to breath while watching this fierce battle between the overpowered Whitebeard and the World Government forces. 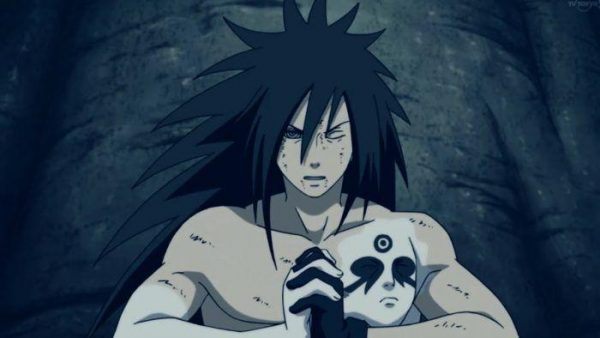 Naruto one of the most popular anime and manga series ever, great and unique story, epic action scenes, and awesome soundtracks.

Since the inception of this sequel series, we had heard no shortage of rumours regarding this legendary member of the Uchiha Clan, and yet nothing could have prepared us for when he finally made his entrance.

After being brought back from the dead, Madara decides to celebrate his newfound life by utterly destroying the bulk of the Allied Shinobi Alliance.

Whether he’s using his fists, activating his Susanoo or even summoning a meteor, Madara easily proved while he’s the greatest villain the series has ever known. 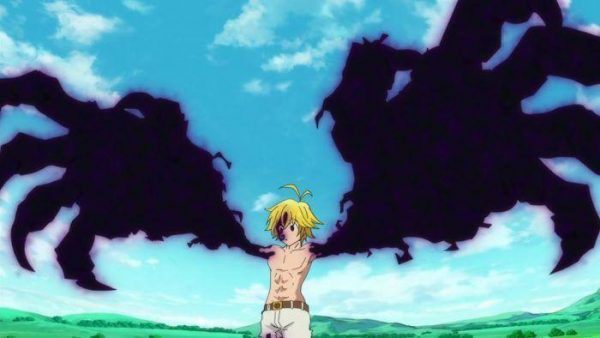 Nantsu no taizai is a Japanese Action fantasy Anime and Manga series, in a short time this anime became so popular due to its great story, fantastic animation, and the op mc meliodas who is badass and ready to protect his loved ones.

One of the best anime fights i have seen so far is this fight! and truly the best episode in this whole show, the fight is so epic and awesome. It impress me and made me feel goosebumps.

Meliodas is known to be one of the most overpowered anime characters of all time but now he must face the remaining Ten Commandments who really are so strong and each one of them can compete with his power!

So, since they all are bestowed with frightening superpowers that can wreck havoc easily, they will really overpowers meliodas and makes everyone unable to believe such a battle aftermath!

Hence, this is an all out battle that will make you question about what being powerful really means!