Survival Anime Series List where you must do your best to Live or Die!

Survival anime Series is a genre focusing on trying to live no matter what happens!

So, The characters in these Survival anime shows are thrown into extreme situations usually they must try to live or they will die.

Keep in mind, that some these anime series about survival are taking place inside a game while others are in a fantasy world.

Hence, if you are an Anime fan of the survival themed Anime Series, that contains epic action scenes, sad drama, and chocking tragedies. then, this list is all what you really need!

So let’s start our countdown: 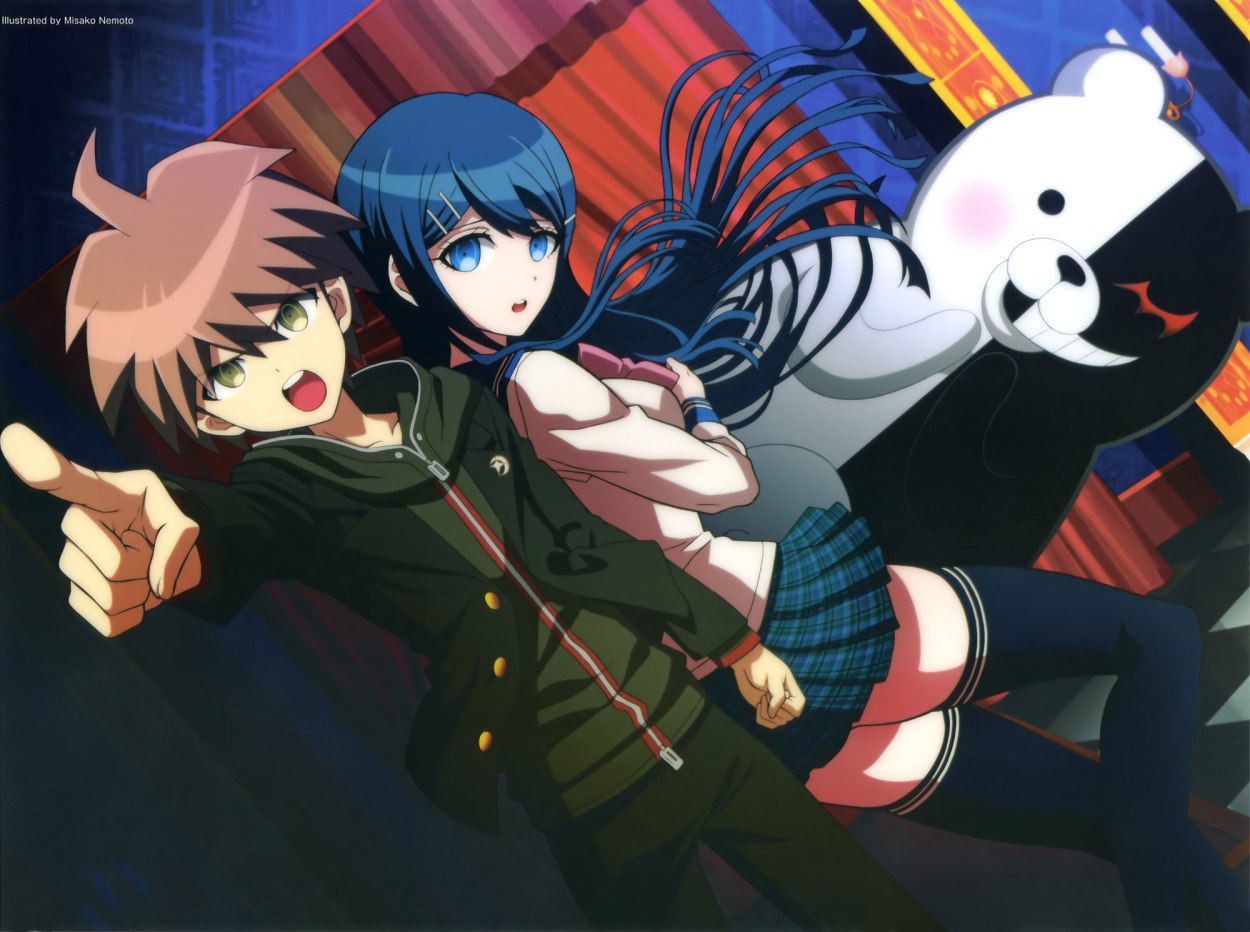 Lets kick off our survival anime list with this amazing mystery anime that showcases the story of A group of 15 elite high school students, who are gathered at a very special, high class high school.

So, To graduate from this high school essentially means you’ll succeed in life, but graduating is very difficult.

The school is presided over by a bear called Monokuma, and he explains to them that their graduation hinges around committing a murder.

The only way to graduate is to kill one of your classmates and get away with it.

If the other classmates discover the identity of the killer, the killer is the only one executed.

However, if they fail to catch the killer, only the killer graduates and the others are annihilated.

Which of the 15 will survive the bloodbath to come? 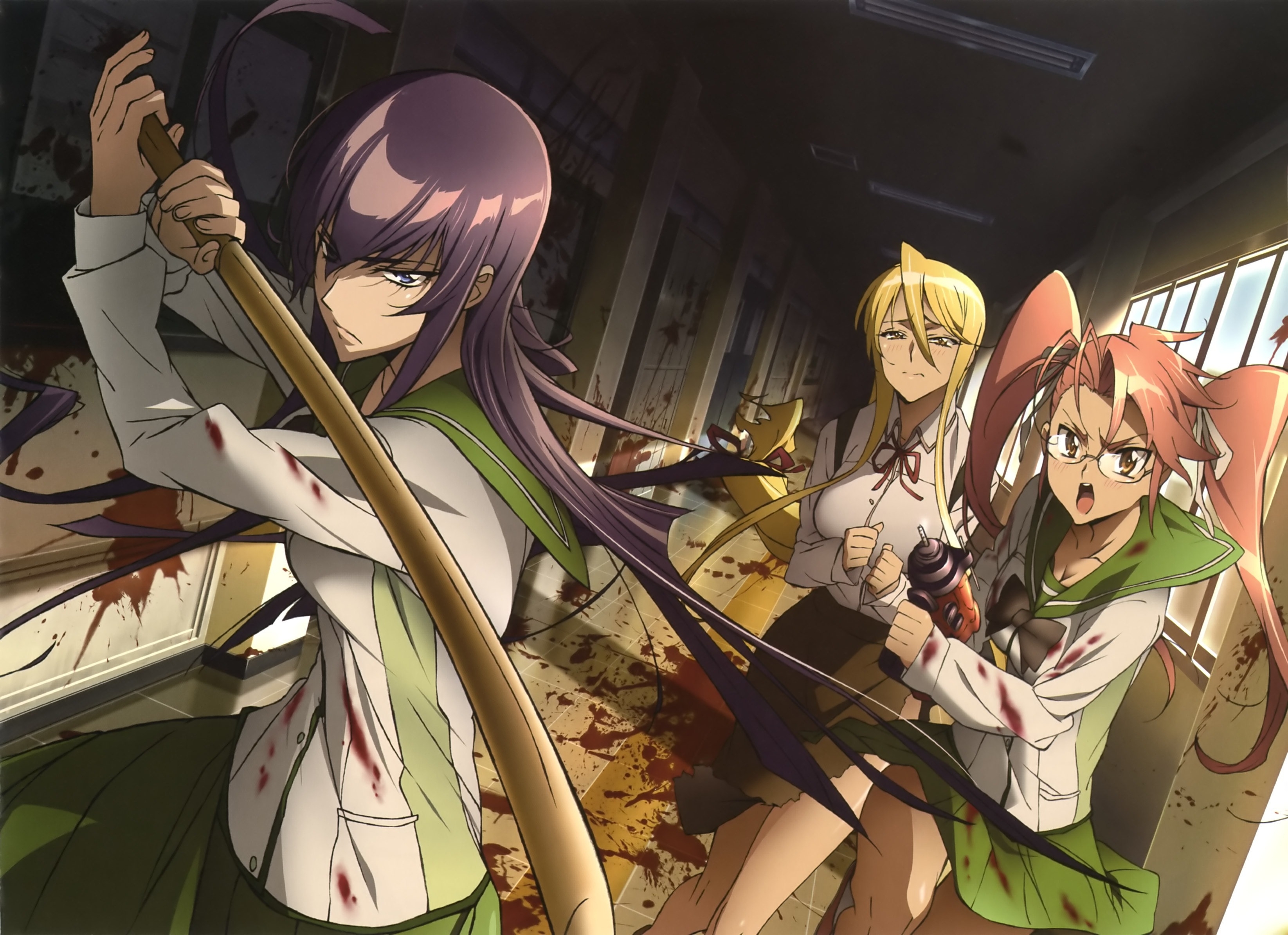 It happened suddenly: The dead began to rise and Japan was thrown into total chaos.

As these monsters begin terrorizing a high school!

Takashi Kimuro is forced to kill his best friend when he gets bitten and joins the ranks of the walking dead.

Vowing to protect Rei Miyamoto, the girlfriend of the man he just executed.

they narrowly escape their death trap of a school, only to be greeted with a society that has already fallen.

Soon, Takashi and Rei band together with other students on a journey to find their family members and uncover what caused this overwhelming pandemic.

Joining them is Saeko Busujima, the beautiful president of the Kendo Club, Kouta Hirano, an otaku with a fetish for firearms; Saya Takagi, the daughter of an influential politician; and Shizuka Marikawa, their hot school nurse.

But will the combined strength of these individuals be enough to conquer this undead apocalypse?

8. Phantom: Requiem for the Phantom (Dub)

Mafia is rife in America where assassinations are a regular occurrence on the streets.

Inferno, a mysterious company, is behind most of these dealings through the use of their near-invincible human weapon, “Phantom.”

However, Phantom, revealed to be a young woman named Ein, and the leader of Inferno “Scythe Master” captures the tourist and brainwashes him.

This Mafia Anime tv shows depicts the life of ZWEI  as he is Drawn into a world of lies, deceit, and violence, Zwei must fight for his survival.

hopefully to one day regain his memories and escape from this world where he is constantly on the brink of death. 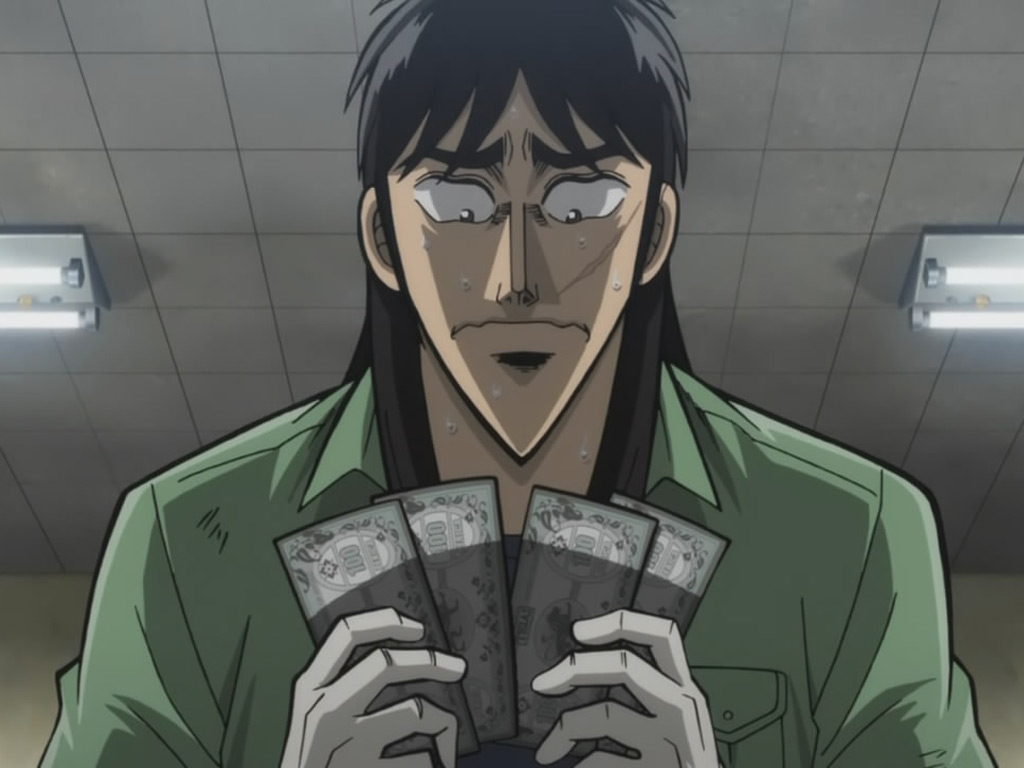 that is, until he ends up being tricked by his former co-worker.

Unable to suddenly repay his friend’s huge debt all by himself.

Kaiji is offered a shady deal to participate in an illegal underground gamble on a cruise ship.

thrown headlong into a life-threatening roller coaster of mind games, cheating, and deceit.

This Gambling anime series revolves arounf Kaiji as he finds out the hard way that the worst sides of human nature surface when people’s backs are against the wall or seeking their own survival.

and that the most fearsome dangers of all are greed, paranoia, and the human survival instinct itself.

Read Also: Anime Where MC is Forced into a Relationship 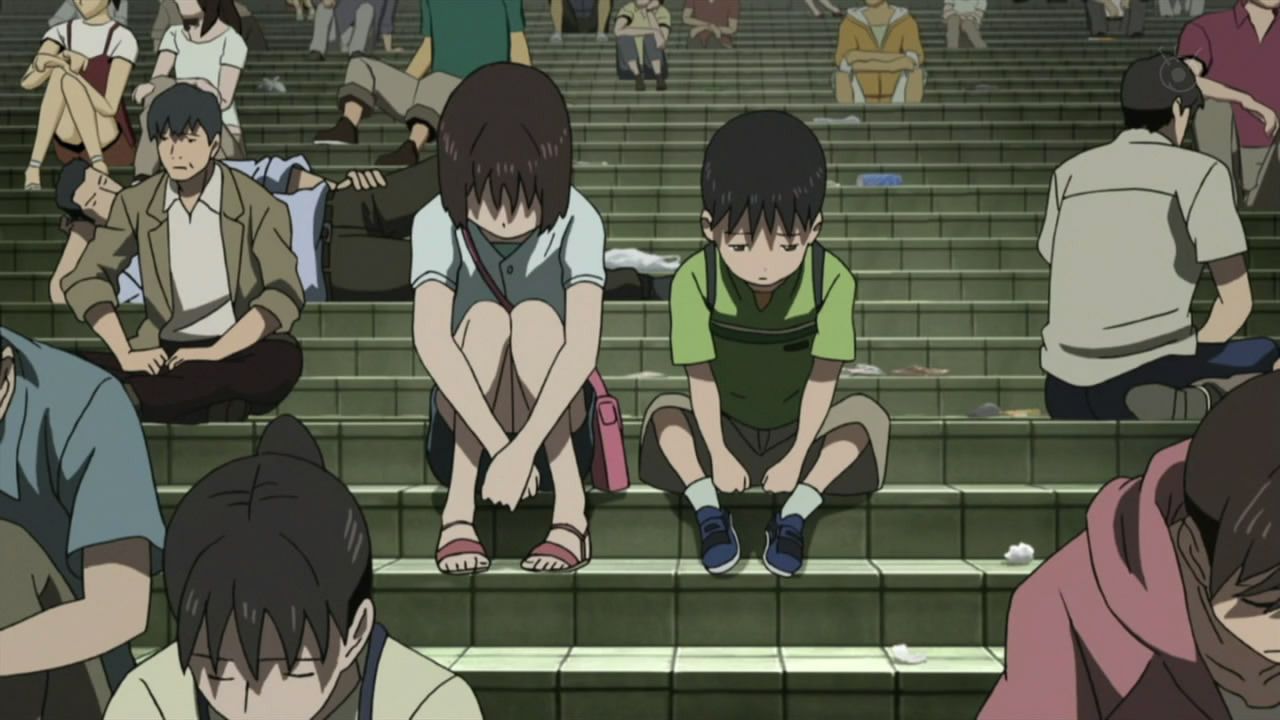 The premise of the project is the 70% possibility that a magnitude 7.0 earthquake will occur in Tokyo in the next 30 years.

This great survival anime depicts what would happen if an 8.0 earthquake took place.

The story of this series centers on Mirai, a middle school freshman girl who goes to Tokyo’s artificial Odaiba Island for a robot exhibition with her brother Yuuki at the start of summer vacation.

A powerful tremor emanates from an ocean trench, the famed Tokyo Tower and Rainbow Bridge crumble and fall, and the landscape of Tokyo changes in an instant.

With the help of a motorcycle delivery woman named Mari who they meet on Odaiba, Mirai and Yuuki strive to head back to their Setagaya home in western Tokyo. 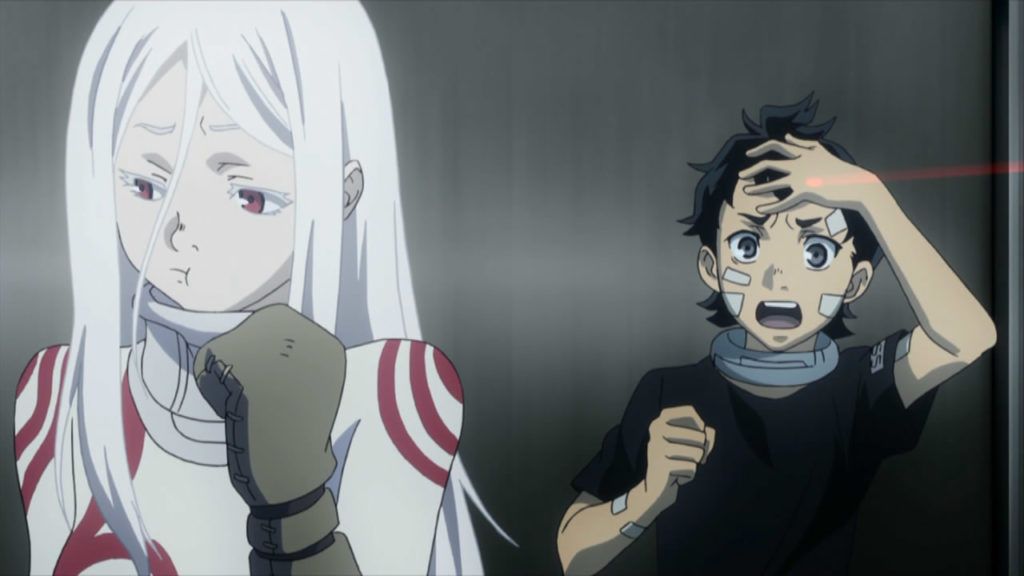 first of all, It looked like it would be a normal day for Ganta Igarashi and his classmates.

The young protagonist is thrown into a world of sadistic inmates and enigmatic powers.

to live in constant fear of the lethal collar placed around his neck that is slowed only by winning in the prison’s deathly games.

Read Also: Best New Movies Based on Anime and Manga 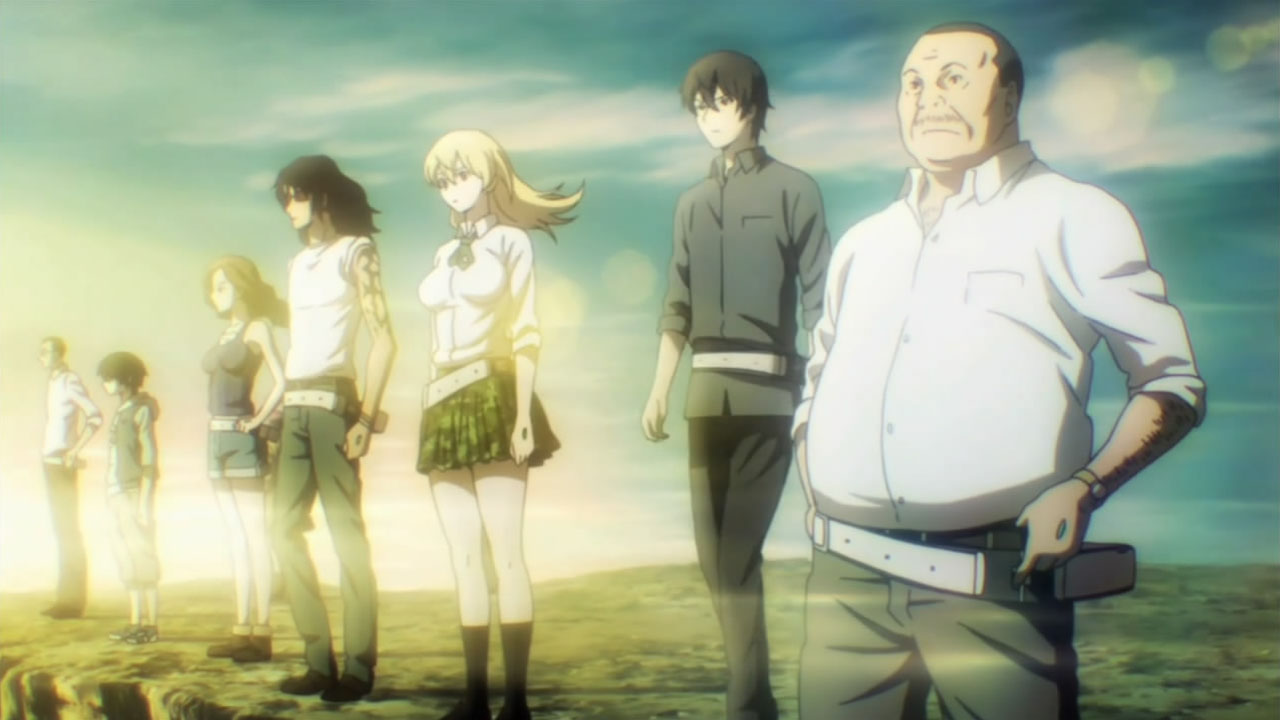 In the blink of the mind’s eye!

Ryouta Sakamoto suddenly finds himself transported from playing the hit Btoom! video game to being stranded on a mysterious island.

equipped with a day’s worth of provisions, a bag of bombs, a strange crystal embedded in his left hand and a huge gaping hole in his memory.

But it doesn’t take long to figure out what’s going on, especially after the first person Ryouta meets tries to kill him.

Someone is attempting to recreate the ultra-violent Btoom! game in real life.

and the island has been filled with an army of other unwilling players, each armed with one of the multiple variants of explosive weapons called BIM.

Fortunately, Ryouta’s an ace Btoom! player, but this insane version of the game has no reset switch or second lives.

and there’s only one way off the island:

This Anime Series highlights the theme of killing seven other people before they can kill you, So, Can Ryouta repurpose his game based skills fast enough for his survival ? 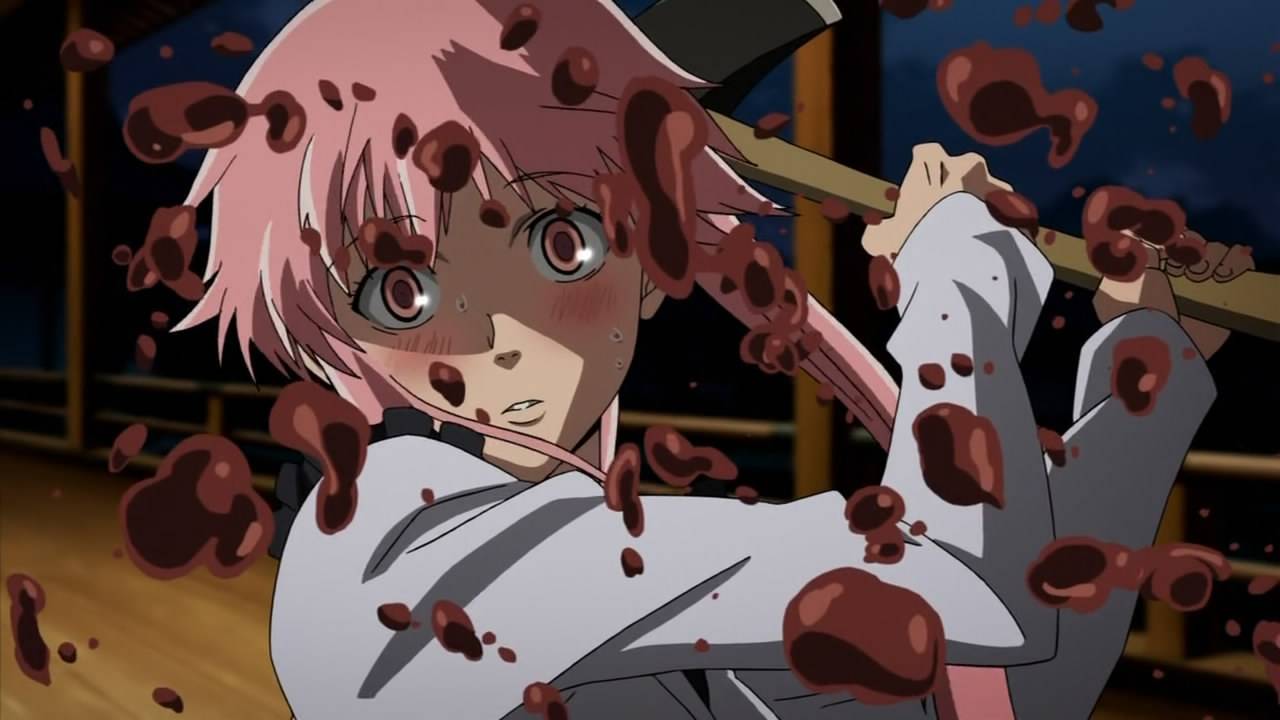 Yukiteru Amano, spends his days writing a diary on his cellphone.

while conversing with his two seemingly imaginary friends Deus Ex Machina, who is the god of time and space, and Murmur, the god’s servant.

Revealing himself to be an actual entity, Deus grants Yukiteru a “Random Diary,”.

Seems like this diary shows highly descriptive entries based on the future and forces him into a bloody battle royale with 11 other holders of similarly powerful future diaries.

With the last person standing designated as the new god of time and space, Yukiteru must find and kill the other 11 in order to survive.

The Anime Series focus on Yukiteru who reluctantly teams up with his obsessive stalker Yuno Gasai, and she takes it upon herself to ensure his survival.

But there’s more to the girl than meets the eye, as she might have other plans for her unrequited love… 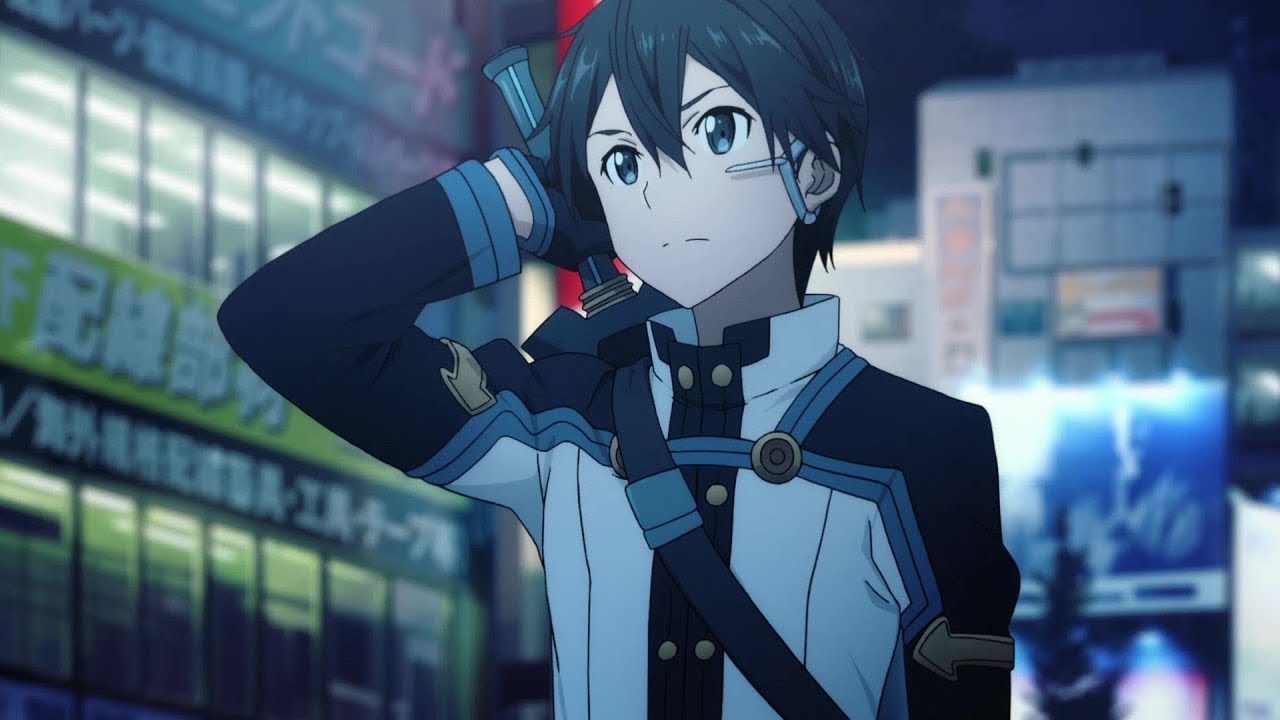 In the year 2022, virtual reality has progressed by leaps and bounds, and a massive online role-playing game called Sword Art Online (SAO) is launched.

With the aid of “NerveGear” technology, players can control their avatars within the game using nothing but their own thoughts.

Kazuto Kirigaya, nicknamed “Kirito,” is among the lucky few enthusiasts who get their hands on the first shipment of the game.

He logs in to find himself, with ten-thousand others, in the scenic and elaborate world of Aincrad, one full of fantastic medieval weapons and gruesome monsters.

However, in a cruel turn of events, the players soon realize they cannot log out;

the game’s creator has trapped them in his new world until they complete all one hundred levels of the game.

In order to escape Aincrad, Kirito will now have to interact and cooperate with his fellow players.

Some are allies, while others are foes, like Asuna Yuuki, who commands the leading group attempting to escape from the ruthless game.

To make matters worse, Sword Art Online is not all fun and games: if they die in Aincrad, they die in real life.

SAO Anime Series, Follows Kirito who must adapt to his new reality, fight for his survival, and hopefully break free from his virtual hell. 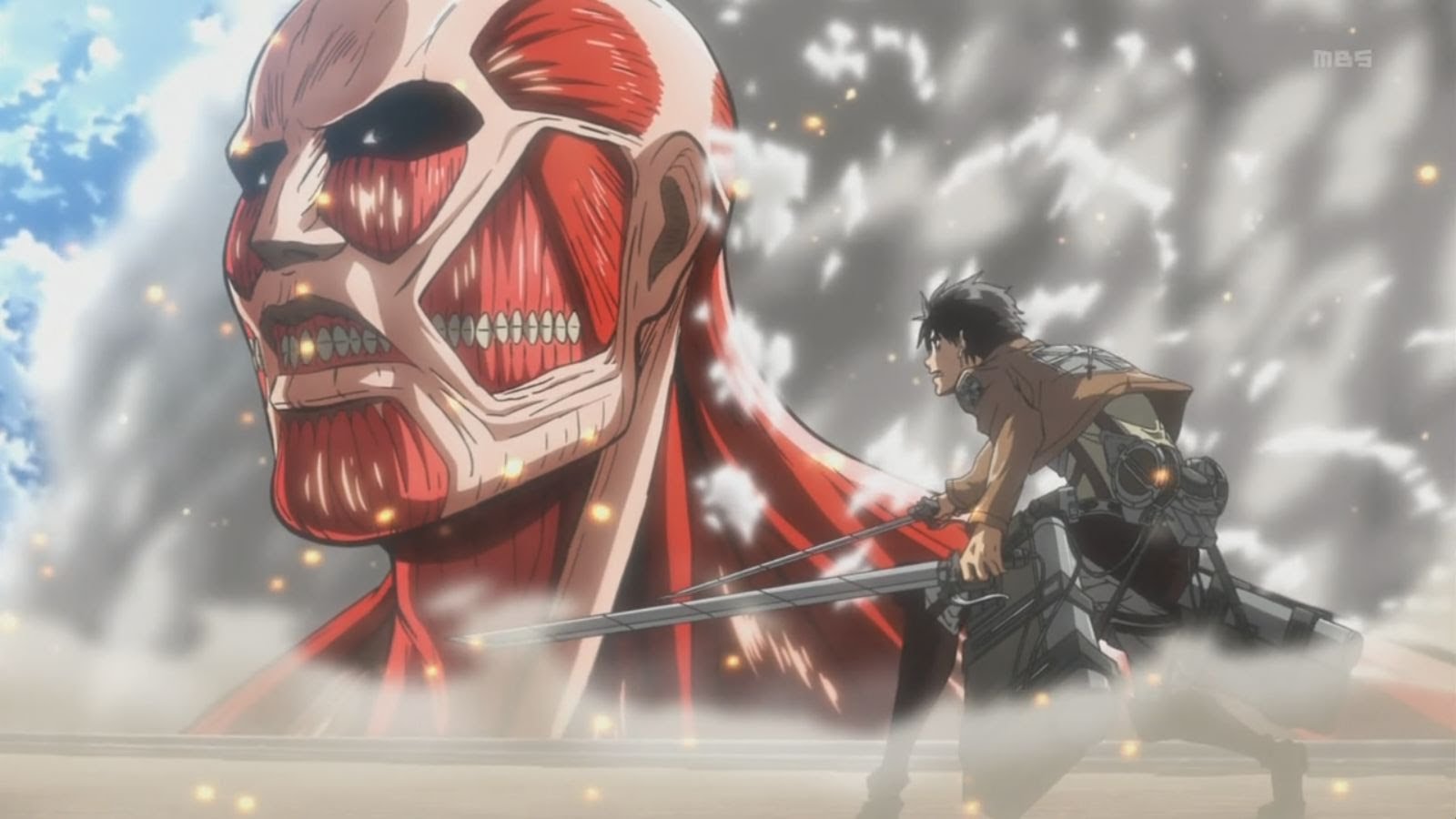 Giants, seem to have no intelligence, devour human beings and, worst of all, seem to do it for the pleasure rather than as a food.

A small percentage of humanity survived by walling themselves in a city protected by extremely high walls, even taller than the biggest of giants.

Eren and his sister Mikasa witness something horrific as the city walls are destroyed by a super giant that appears out of thin air.

Eren vows that he will murder every single giant and take revenge for all of mankind.

You Watch these Anime Series at: Crunchyrol , Anime-Planet,  Animelab