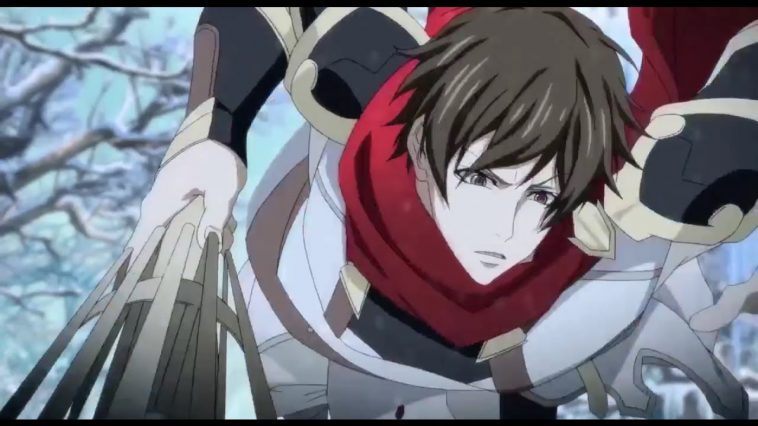 Hey Anime Lovers, Today we are talking about Top 10 Transported to another world anime.

Keep in Mind, that this list contains anime where characters can fly away, adventuring, as they are transported to another fantasy world.

sometimes it can be a virtual reality game like log horizon, where they must survive, and struggles in order to come back sound and safe to their real world.

Moreover, in some cases, some Mc, must face monsters and villains to make that unusual world a better place to live in.

So Lets Countdown our Top 10 Transported to another world Anime. Let’s Get the party of the Transported to another world Anime series starts with this fantasy harem tv show that follows Shinichi Kanou, who is a shut-in otaku with a vast knowledge of anime, manga, and video games.

One day, after applying for a job in hopes of escaping his normal lifestyle, he is kidnapped and transported to the Eldant Empire—an anime fantasy world filled with elves, dragons, and dwarves.

In this strange land, Shinichi gets an unlikely task by the Japanese government: to spread otaku culture across the realm by becoming an “Otaku Missionary.”

Read Also: 20 Anime Where Bad Boy Falls in Love With a Good Girl This a great historical romantic comedy that follows 17-year-old high schooler Sagara Yoshiharu who one day will gets Transported to another world  during Sengoku period, where all the major Samurai lords are cute girls.

Yoshiharu meets Oda Nobuna, the female counterpart of Oda Nobunaga, and begins to serve her as a substitute of Kinoshita Tokichiro.

But his life turns upside down, after an attempt to save a classmate from a gang of bullies.

Instead of just getting a good soaking, he’s pulled in.

The next thing that happens to him in this anime, is that he’s Transported to another world that vaguely resembles medieval Europe.

If that’s not odd enough, he’s told that he is to be the next Maoh, just because he has black hair and black eyes.

The Maoh is the King of the Mazoku, who are coexisting not-so-peacefully with the humans in this world.

Much to his subjects’ dismay, he’s totally different from the rulers they’re accustomed to.

He’s kind, considerate, a believer in justice, and not willing to use violence to solve conflicts.

Not exactly someone they want running a country on the very brink of war.

Now, Yuri has to deal with trying to become a good Maoh.

while at the same time attempting to adapt to this lands’ customs and culture.

all in a world where the tension between the humans and Mazoku is reaching its peak. Western Restaurant Nekoya is a popular eatery located on a street corner in a Tokyo shopping district.

Serving both traditional Japanese fare as well as Western dishes, this eating establishment is popular among Tokyo’s residents.

While the restaurant is thought to be closed on Saturdays, the truth is that on this special day each week, its doors are instead opened to the inhabitants of other worlds.

From dragons and elves to fairies and mages, this restaurant has no shortage of strange customers.

Nevertheless, the enigmatic chef known only as “Master” will be waiting to serve up their favorite dishes with a kind smile and keep them coming back for many more Saturdays to come.

Transported to Another World Anime this one of the best yet the funniest Transported to another world Anime series that you really must watch! the splot focuses on Kazuma Satou, a high school student, gamer and shut-in, died on an average day walking home from school, performing the one heroic act of his life.

He reawakens in the afterlife, in front of a beautiful but rude girl a.k.a Aqua.

She claims to be a goddess that guides the youth whose lives got cut short.

The Anime Pretty girl “Aqua” then offers him a choice: to go to heaven, or to get transported to a another world to defeat the Demon King.

Of course, Kazuma’s gamer instincts kick in, and he chooses to start a new life in a real-life RPG.

There’s one last choice Kazuma has to make: he is allowed the choice of one thing to take with him to the new world.

After puzzling over it, he chooses…Aqua?

Read Also: 10 Anime Where MC is Forced into a Relationship Set in the flourishing world of Jinga that was formerly a prosperous and peaceful realm.

the female protagonist is deemed to be the key to bring back order and to rule this world.

Chaos started when people, specifically soldiers, who have special powers like turning into a vampire and a man-wolf, called the Getsugazoku, fight for their land.

These soldiers of different species would put their life on the line and fight as they follow their own thoughts and ideals.

Until one day, due to the protagonist’s blood bearing a mysterious power to give strength, healing, and to awake Jingazoku’s real form.

This is a story of love and war that she must not miss in order to rule the world. The Anime Depicts: This is the only thing the youth of Hai to Gensou no Grimgar remember before Transported and awakening in an unknown building in another world.

They don’t remember anything besides their own names.

What’s stranger is that sometimes they catch themselves saying words that they don’t understand, even though they seem so familiar.

The group of strangers is told that in order to make a living.

they would have to join the Reserve Army forces to keep the town safe from nearby monsters.

The stronger looking people form a team to join the Reserve Army and depart, leaving Manato, Haruhiro, Ranta, Yume, Mogzo, and Shihoru to fend for themselves.

But how will they get by if they can’t even defeat the weakest of monsters?

Born from the ashes of their old memories, the ragtag team of six start a new life in the world of Grimgar. This is not a Transported to another world Anime but it’s following a demon lord who transfers to our real wold!

The Anime series Follows the Devil King Sadao, who is only one step away from conquering the world, but he is beaten by Hero Emilia and forced to get transported to the other world: modern-day Tokyo.

As “conquering the world” are the only skills the Devil King possesses—and are obviously unnecessary in his new situation—he must work as a freeter to pay for his living expenses! The Anime depicts the Battle of Sekigahara in 1600, where Toyohisa Shimazu is the rearguard for his retreating troops, and is critically wounded when he suddenly finds himself in a modern, gleaming white hallway.

Face to face witha stoic man “Murasaki” and hundreds of doors on both sides, Toyohisa is Transported to another world completely unlike his own, where the anime will take place.

The strange land is consists of all manner of fantastical creatures, as well as warriors from different eras of Toyohisa’s world.

Furthermore, they are here as “Drifters” to fight against the “Ends,” people who are responsible for the creation of the Orte Empire and are trying to annihilate the Drifters.

As the Ends grow more powerful, so does the Empire’s persecution of elves and other demihumans.

It is up to Toyohisa and his group of unconventional heroes to battle in a brand-new world war to help the Empire’s subjects, while protecting the land to claim for themselves and challenging the Ends. The Anime Showcases the story of Subaru Natsuki, as he leaves the convenience store, the last thing he expects is to gets Transported to another fantasy world.

Things aren’t looking good for Subaru; however, not long after his arrival, he is attacked by some thugs.

Fortunately, a mysterious girl “Satella”, in hot pursuit after the one who stole her insignia.

During her pursuit, She stumbles upon Subaru and saves him.

In order to thank the honest and kindhearted girl, Subaru offers to help in her search, and later that night, he even finds the whereabouts of that which she seeks.

But unbeknownst to them, a much darker force stalks the pair from the shadows, and just minutes after locating the insignia, Subaru and Satella are brutally murdered.

However, Subaru immediately reawakens to a familiar scene!

Face to face with the same group of thugs, meeting Satella all over again!

Hence, The enigma deepens as history inexplicably repeats itself.

Read Also: The 10 Best Anime Websites Where You Can watch Anime Online 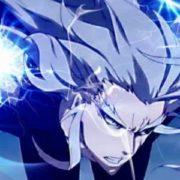