Anime boys with blue hair are often thought of as the best and the brightest. We take a look at some of the best anime guys who are not just good-looking, but also powerful.

Anime has given us some of the most memorable characters in recent years. Some of the most popular anime boys are those with blue hair, some of them are considered powerful, while others comes off as ordinary.

Let’s take a look at some of the best blue haired anime guys, who not only have good looks but who also features a good character development. 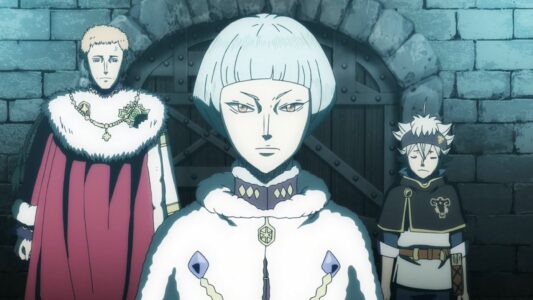 Starting off our list of the best anime boys with blue hair, with Marx from the Black Clover series. He is one of the most senior members of the Magic Knights, and was among the first to join the Magic Emperor Julius Novachrono. His title is 1st class Senior Magic Knight, and he is also one of Julius’ advisers. Marx Francois is considered one of the anime boys with blue hair, and he got a face that is easy to remember.

Marx Francois’ hair is noticeably different from others. The layers are painted a faded pale blue color to match the brows and shaped into a traditional bowl cut. The front hair are sharply cut and fill half of the face before becoming longer and touching the back of the neck. 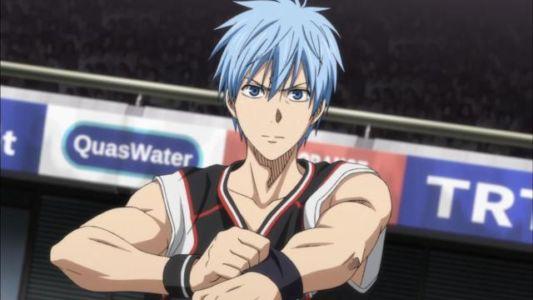 Kuruko Tetsuya is a character from the popular anime series, Kuroko no Basket. He is a high school student who attends Seirin High and plays as a point guard with the basketball team.

Also, He is known for his calm personality and demeanor, which often contrasts with Kiyoshi’s hotheadedness. Furthermore, he has many friends in his team, even though he is seen as the most emotionally distant one of them all. However, Kuruko does care about his friends and greatly appreciates their company for this reason. 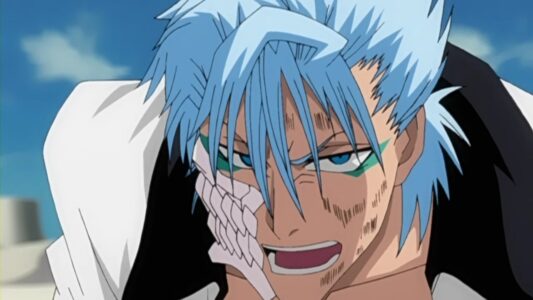 Ichigo Kurosaki’s most well-known antagonist, Grimmjow is a great example of character design. With his wild blue hair slicked back and some strands of hair hanging towards the front, thus character has been designed to look amazing in a wanted poster 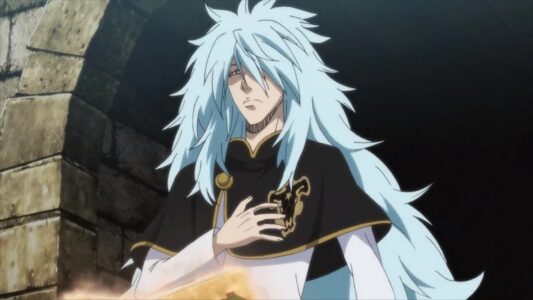 Henry Legolant is one of the mysterious characters in black clover anime. He got the power to move the whole black-bulls headquarters and turn it into a bull fighter.

This mystical character from the Manga Anime series has long white locks that reach all the way to the knee joint. Henry’s hair is layered, messy and untamed to give it a bird’s nest-like appearance. The stray strands at the front cover his face which completes this look. 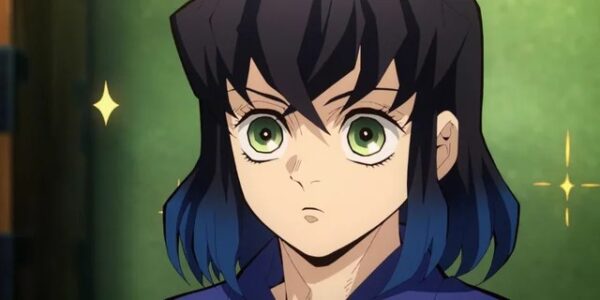 The Demon Slayer series’ hero wears a black to light gradient hairstyle with confidence. The shoulder-length hair is gently layered, complemented by a front edge of thick strands crossing across in the center. Inosuke’s black midnight blue hair lightens to an ocean blue tone as it approaches the ends.

Inosuke is a really hot-headed and tough guy who loves to think he’s the best fighter in every situation. He easily challenges most people that come across him & he also wants everyone to know how strong he is. His ego has took him to some success as a demon slayer, but it has also led to most of his failures where he underestimates his opponents. 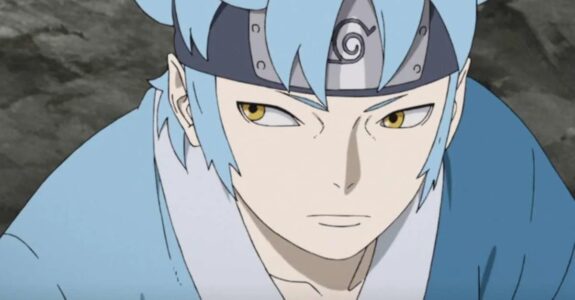 In the Boruto anime, Mitsuki is introduced as a character who is described as being mysterious and cold. His blue hair, gives him an appearance that’s different from other characters in the series.

Mitsuki is a type of anime boy with blue hair which falls to about his shoulders, making him look very stylish.

This anime boy’s hair is styled in layers, spikes and a warm blue color. Add in the touch of an icy shade and some gray, and it completes his look. 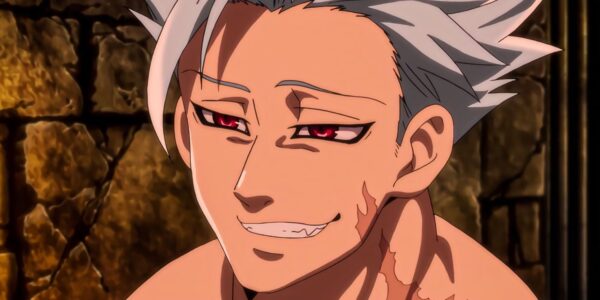 Ban is among the best looking blue-haired anime boys. This nanatsu no taizai figure has chunky curls with sharp tips in his pale blue hair. A little curl of hair falling over his forehead completes the hairstyle.

Ban is proven to be a loyal man. He acts on whatever piques his curiosity, such as fleeing from prison after learning that his captain was alive. Furthermore, he is a man who does not understand the meaning of fear. He will take any risk and do anything to protect his captain and his crew. 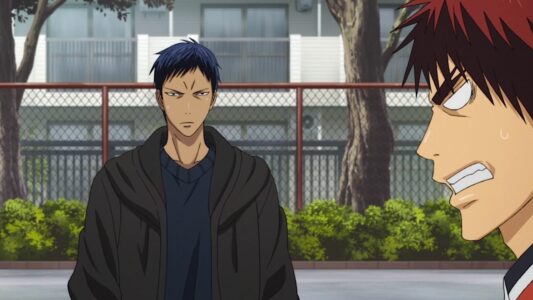 Aomine’s brown color is darker compared to the majority of the other figures. His hair is dark blue and pretty short. His hairstyle is set to the right. He frequently has an appearance on his face and his deep blue eyes are slightly squinted. Aomine is a tall and powerful guy.

When Aomine was in his prime he had no one left to beat. He was too good for his own good to speak. The guy who challenged him the most was Kagami Taiga but even that rivalry eventually burned out when neither one of them got anywhere, untill kagami awakened the zone. 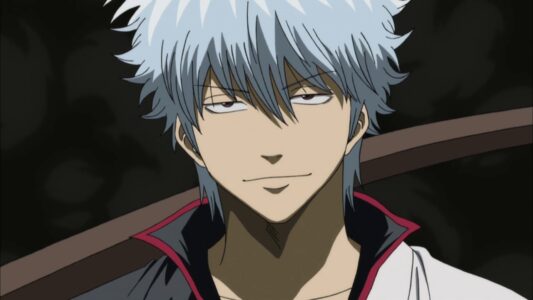 Coming up to the famous character Gintoki Sakata. He got a natural wavy hair which is groomed into a disheveled jagged shag in the Gintama series. The front and edges of the threads are short, but the rear is longer. The cold blue hair eventually lightens to a silvery color towards the crown.

Furthermore, He’s a founding member of the Yorozuya, as well as a trained samurai who fought in the Joui War in the very past!

Gintoki is just a lazy goofball. It seems like he’s always in a good mood even though he only sits around reading comic books all day, giving advice to his workers despite the fact that he often doesn’t know what he’s talking about 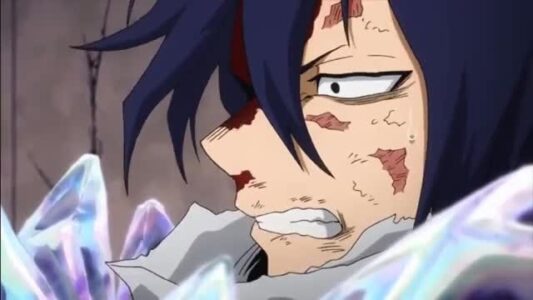 Tamaki is one of the senior students in Class 3-A at U.A. He also happens to be one of The Big 3 and will be working with Fat Gum as a sidekick.

Tamaki Amajiki’s messy dark hair reflects his introverted and melancholy character. The lengths are spiked in the rear and paired with a front edge that is layered and separated for a clear view. His ears are a bit longer than most, their tips pointy and elf-like 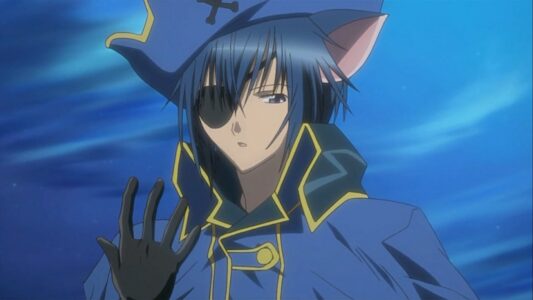 Who rocks blue hair better than Shugo Charal’s Ikuto Tsukiyomi? This anime boy has long airy layers and a front fringe. The dark indigo color of his hair matches the touch of blues in his eyes. He always wears a choker with a silver cross, usually in his school uniform but in other outfits as well.

Ikuto is very caring and does whatever he can to protect people from his own personal struggles. It’s clear how much he cares about them, so in order to not drag them into his own problems he emphasizes his distance. 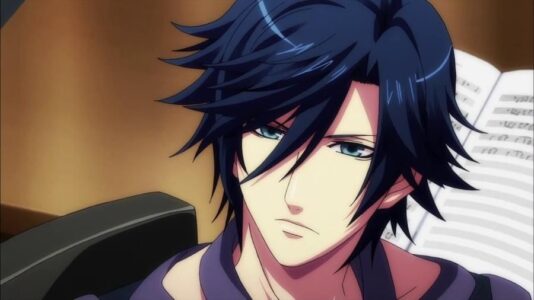 Tokiya Ichinose is undeniably one of the finest anime boys with blue hair. This figure has a dark blue hair that occasionally seems black. The hair is side-parted and covers the ears, neck, and a portion of the face and cheeks.

He’s been performing since a kid and has developed a lot of competences in that time. He even has some professional knowledge!

Sometimes Tokiya can get really stressed, but he usually seems calm & collected. He’s hardworking in his idol life and is always trying to stay positive. His private personality is different because he’s a perfectionist & Stoic, but he’s an amazing singer too! 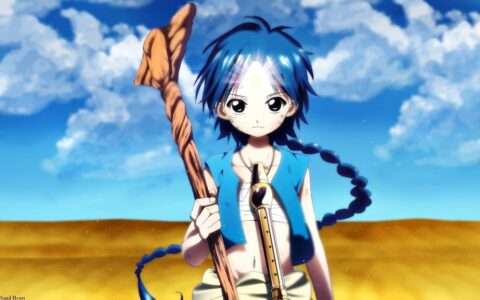 In the anime Magi, Aladdin is the blue-haired boy. He is among the anime’s eight commanders and one of the top anime characters.

His short, petite physique, moderate blue hair, and front eyebrows present the picture of a kind, caring, and experienced general. 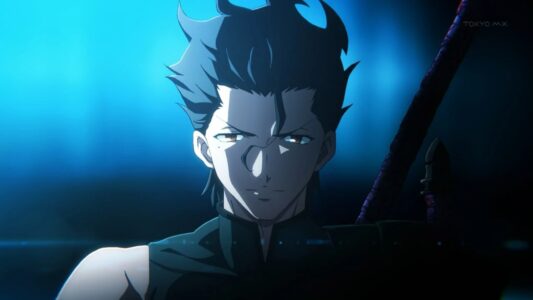 Throughout the first few episodes, Lancer is an antagonist with demigod abilities who eventually becomes an ally to the central protagonist.

This anime characters has a lighthearted nature. His title derives from his usage of a lance weapon, a big crimson spear as tall as he himself. 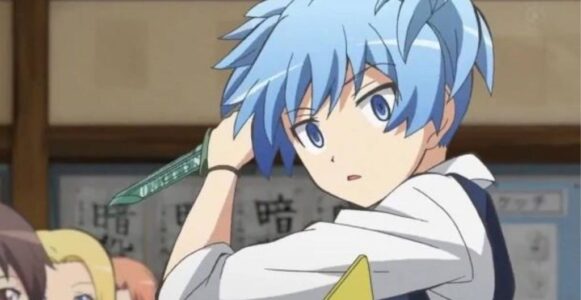 This shy young fellow is a deadly assassin. When arranging an attack, he maintains a cool yet deadly approach.

Nagisa has long blue hair as a result of his mother’s desire for a girl, rendering him an anime trap. His mother’s annoyances were transmitted on to him. Despite his frustration, the young guy does not revolt.

He is the top student in his school and a master of all assassination methods. In the end, this timid youngster decided to teach while still working as a killer on the side.

Best Series on HBO: The HBO network has produced an impressive array of foreign series,…

What is The Best Anime where the main character is betrayed but comes back overpowered?…