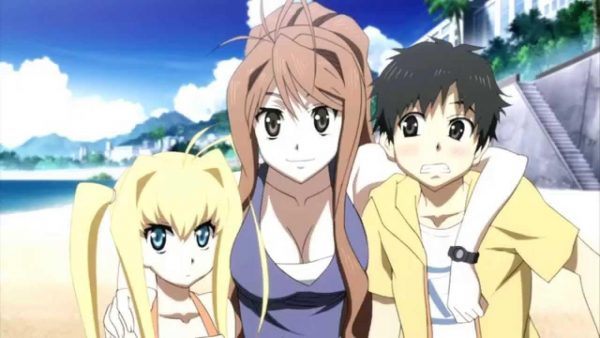 This School Romance Anime follows Ryuji Kisaragi’s peaceful life, which will turns into an a series of action and adventure by the return of his second cousin, Eriko.

Ryuji and Eriko seize a relic box from a black broker named FANG.

In the box, they find a red dragon girl whom Ryuji names Rose because of her rose like pattern on her left hand.

In order to protect Rose from the black organization, Ryuji decides to fight using his power as a relic handler.

6. Tate No Yuusha no Nariagari 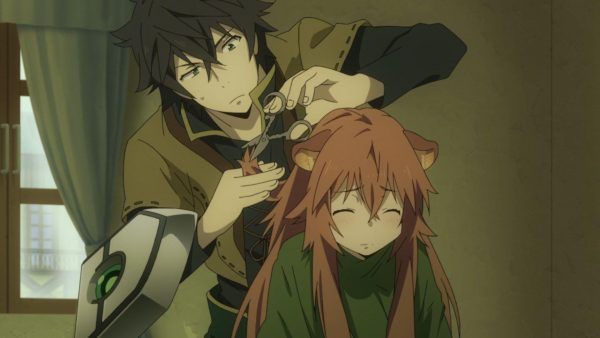 Stories that tells about: wielding the sword, spear, bow, and shield – who defend the land from wave after wave of calamity.

So, With the fate of the world in balance, the kingdom summons these legendary figures;

in modern-day Japan, the unwitting heroes answers the call, and are transported to this fantasy universe.

Thrust into the Kingdom and given the title of “Shield Hero,” otaku Naofumi Iwatani seemingly is the weakest due to his lack of offensive capability and apparent inexperience.

However, she soon betrays him, steals all his money, and accuses him of taking advantage of her.

For his alleged crimes, Naofumi is seen as a criminal and made outcast of society.

this action romance anime follows Naofumi while his heart is filled with hatred and agony, he sets out alone, vowing vengeance against those who Betrayed and wronged him. 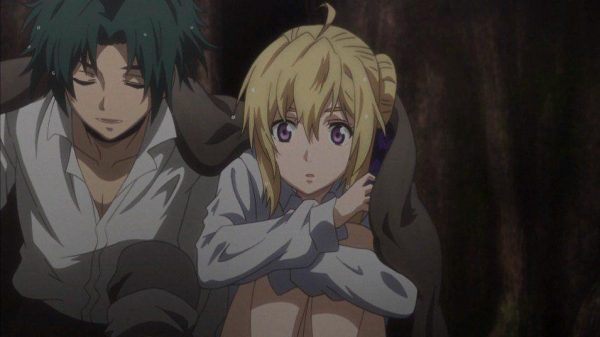 Romance, Fantasy, and Action are all presented well in this anime series,  the main story takes place in Atlatan, which is an ancient continent that finds itself ravaged by the flames of war after a horrific event known as the Great Hall Tragedy.

the marriage of Sir Alexis Douse and Lady Marrine Kreische, is supposed to be a happy occasion that would establish peace between the Fantasia Union and the Factory Alliance.

But on the contrary, it became a tragedy! As the bride and groom walked down the aisle, the ceremony was suddenly interrupted by a some overpowered transported forth monsters and demons.

Furthermore, the Demon Lord of Diabolos also appears, who instantly starts murdering the archdukes of both factions, shattering any hope for peace between them. 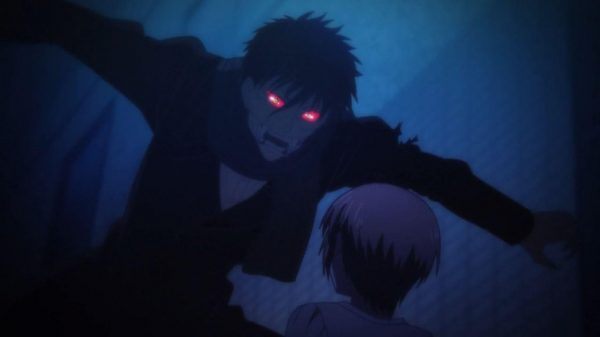 Devils Line is a New Action Romance School Anime that Follows Anzai, half vampire, and Tsukasa, a normal school girl.

It seems that Vampires are living peacefully among humans. Of course the government does not know of their existence.

The appearance of these vampires does not differ from humans.They also do not need to drink blood.

But when they get a craving or get angry, they can become uncontrollable monsters.

Read Also: Here Are The 10 Heartbreaking Drama Anime That Will Make Your Eyes Tear