10 Heartbreaking Drama Anime That Will Make You Cry

Apparently, anime creators love making their audience cry. Tons of anime seems to be created specifically to make us bawl our eyes out. From the heartfelt drama about young love, unrequited feelings, and relationship drama to the more serious stories that tackle issues like death, war, and illness, anime has found countless ways to break our hearts and make us weep, so if you like some Drama, check then this heartbreaking drama anime shows.

Makoto Shinkai’s films are known for their breathtakingly beautiful visuals that set them apart from pretty much everything else out there. While his latest hit Your Name. is certainly his best-made film overall the one that hits us in the feels the hardest is still 5 Centimeters Per Second.

Revolving around two close friends who are torn apart by life, 5 Centimeters Per Second is a film about growing up and growing apart. Despite their efforts to stay in touch, they keep drifting further apart as they go through life. However, their memories of each other remain and they keep hoping to meet once again, despite the growing distance between them. The film gives a realistic portrayal of the natural progression of life, of the way that people tend to naturally drift apart sometimes. The title is a reference to the speed of falling cherry blossoms, a poetic

While Steins;Gate isn’t “classified” or “marketed” as sad anime, it still has one of the most heartbreaking arcs in all of anime. Steins;Gate tells the story of Okabe Rintarou, a college student and self-proclaimed mad scientist who accidentally discovers a way to change past events, by sending so-called D-mails. After making use of the D-mails, Okabe and his friends find out that when you mess with time, it tends to mess back.

Okabe must race against the clock to save his childhood friend Mayuri, and ends up watching her die again and again. Eventually, he arrives at the point where he must choose between Mayuri and the girl whose life he saved when he sent the first D-mail. The girl who’s been helping him all this time, the one he fell in love with: Makise Kurisu. Watching Okabe fail time and time again, seeing the two of them grow desperate in the face of overwhelming obstacles is enough to break anyone.

Fullmetal Alchemist: Brotherhood is an anime sporting one of the most gut-wrenching stories ever told. It’s a tale about two young brothers who broke the laws of alchemy by attempting human transmutation, in order to bring their deceased mother back to life. The brothers paid a high cost for their indiscretion. The younger Alphonse lost his entire body, while his brother lost his leg and then his arm, in the process of bringing his brother’s soul back and binding it to a suit of armor.

When an 8.0 magnitude earthquake located 25 km under the sea hits Tokyo, two young siblings, Mirai and Yuki, found themselves struggling to reach their parents as they track their way home from a robot exhibition in Odaiba. The children are assisted by a single mother and motorcycle courier, Mari, who is making her way to her daughter and mother.

On their long and arduous journey to reunite with their families, the trio finds comfort and support in each other and become a family in their own way. Tokyo Magnitude 8.0 is a horrifying, poignant and realistic depiction of the aftermath of a huge natural disaster, as seen through the eyes of three well-portrayed characters. It’s guaranteed to make an impact on anyone. Beware, this one hits right in the feels like a ton of bricks.

The 2016 anime movie A Silent Voice from Kyoto Animation is not a pleasant experience, but that actually works in its favor. This movie does not want you to feel comfortable. It wants you to feel what the characters on the screen are feeling and it does its job thoroughly. A Silent Voice is about a deaf girl named Shouko who was constantly harassed by her peers in elementary school to the point that she had to transfer schools multiple times. It’s also about Shouya, the boy who bullied Shoko and who later became the target of bullying himself when he turned on his friends.

In his third year of high school, Shouya, haunted by his wrongdoings and regretting his past actions, resolves to go on a journey of redemption. He finds Shouko again and strives to make amends. A Silent Voice is unsettling and heartbreaking, but it’s also heartwarming and hopeful. It will put you through a rollercoaster of emotions. 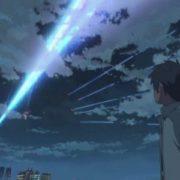 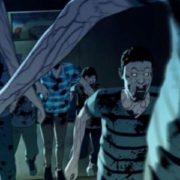