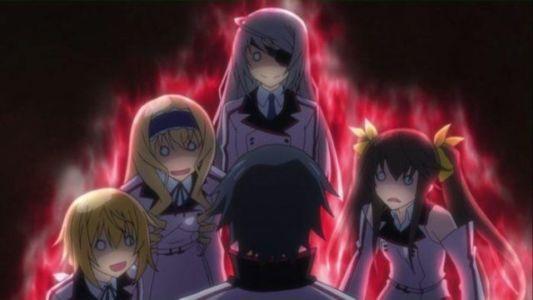 Welcome to this Top 10 Best Yandere Romance Anime Series, Yandere refers to those lovely, sickly sweet to the object of their obsessive affection

The truth is Yandere Girls are Sweet but Psycho.

They are sick and they can do and use whatever methods just to be with the one they love.

Sometimes they hurts, kill, and tortures in the name of love.

lets countdown our list of The lovable but terrifying Yandere Anime Girls: 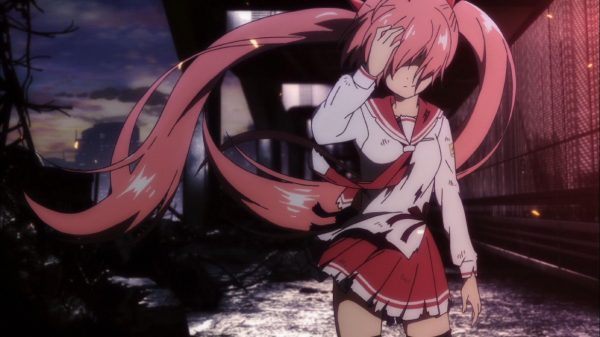 Kinji, an antisocial student of an elite academy that produces Butei, highly skilled soldiers who fight crime in an anarchic society.
However, Kinji peaceful days soon come to an end was soon as he becomes the target of a criminal who hunts Butei members.
Aria, an elite Butei, saves his life and demands in return that he become her partner after seeing what he is truly capable of.
Read Also: Anime Where Bad Boy Falls in Love With a Good Girl Makoto Itou is in love with Kotonoha Katsura, who rides the same train as him daily.

Following urban legend, he sets her photo as his phone wallpaper – a love charm.

When his classmate Sekai Saionji discovers the story, it seems his luck really does change.

School Days is a yandere romance anime that follows revolves around these three teenagers as they traverse the joys and hardships that come with being a high schooler.

In a story alive and filled with romance and melancholy, the tale of these three students will linger in memory long after the momentous conclusion. Ten years ago, a child wished  for the destruction of the world.

Now, a group of people has the ability to grant their wishes depending on their power.

They are called “Order User. Before these great people who have the power of “Order,”

one person excels the most with the ability to rule and conquer the world and turn people into puppets when it is in his jurisdiction.

This power belongs to Hoshimiya Eiji, who is also responsible for the destructive phenomena that happened exactly ten years ago. Suddenly, A gate opens in modern-day Tokyo which allows access to a fantasy world.

Then, The government Forms a Special military squad in order to establish ties between both worlds.

Youji is the leader of this special squad, and they must visits this unknown world to learn more about what they are dealing with.

Moreover, attempt to befriend the locals in hopes of creating peaceful ties with the ruling empire.

But if they fail, they face the consequence of participating in a devastating war that will engulf both sides of the gate. Here is another great yandere romance anime that follows Tanukichi Okuma, the son of an  terrorist who oppose the chastity laws, He just goes to a high school, and offers his help to the student council in order to get close to his love interest girl the president Anna Nishikinomiya.

Anna Nishikinomiya is not only his childhood friend, but she is also the girl that he love.

Little does he know that the vice president Ayame Kajou has a secret identity:

Tanukichi has caught the girl’s interest due to his father’s notoriety.

He joins an obscene terrorist organization “SOX” bent on the destruction of everything that his new school stands for, the most prestigious public morals school.

Tanukichi will have to do the unthinkable when he realizes that their primary target is the person he admires most. 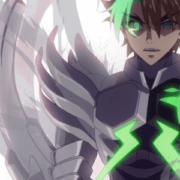 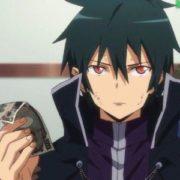