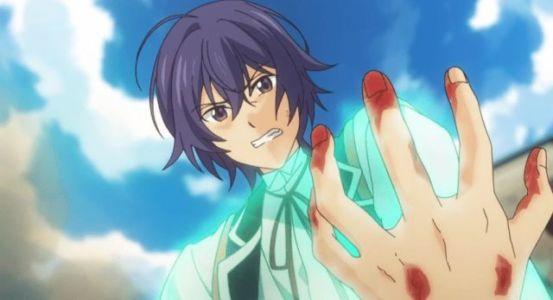 Are you a fan of magic anime series, where characters have those absolute magical powers that makes everyone goes wow!

This list will probably quench you thirst, as we have anime series that takes place at magical fantastic worlds, others have main characters that possess legendary magic powers, while some revolves around pretty, yet overpowered magical anime girls.

Sit tight, and remember that we won’t include mainstream and popular anime magic themed like:

Because Our main focus of this article is to give you some Japanese Magic Anime TV Shows that are unknown, underrated, overlooked and mingles with some other genres like isekai, school and romance. Yet, the most important thing is that they all are so good and great that you will fully enjoy. Kicking off our list of the top magic anime series with this good tv shows called “Magical Warfare” that follows the story of Takeshi, a normal high school boy who has a somewhat dark past, however, one day he comes across a girl named Mui Aiba in a uniform he has never seen before.

collapsed on the school campus this encounter changes Takashi’s destiny completely. Mui tells Takashi that she is a magician and she apologizes or she turned it Takeshi into a magician enrolled in the Subaru Magic Academy, where many magicians can learn to control their powers and live in peace with regular humans.

Instead of returning to the real world, Takeshi and his new magician friends Kurumi Isoshima and Kazumi Ida decide to enroll into the academy as well.

These three friends possess different magical abilities which they must learn to master, in order to fend off a group of magicians who are resorting to using violence to assert their superiority over humans.

Oh Yeah here is a good magic anime that focuses on two main characters and their hidden powers, Saizō Kirigakure meets an Izumo priestess named an Isanami, but she’s attacked by assassins and he saves her from them he Isanami is on a brief journey to go see Sanada.

Sanada is a powerful warlord in the Sengoku area, and east Isanami goes to ascertain him because her shrine was destroyed and everybody was killed except herself she was told by the head priest before he was killed to seek out Sanada for help. meanwhile, Sanada has been gathering ten warriors known as the brave 10 who had the power to change history, as they gather one by one he tsunamis own mysterious power awakens.

I thoroughly enjoyed the story to brave 10 I thought that it was quite unique and I never got bored while watching its episodes. I really recommend watching this best magic anime series. Pottery was born into a family of onmyoji known for their mastery of the cult, unfortunately, he didn’t inherit their magical abilities! so he was doomed to live a normal life at least that is until a girl from his past changes his future.

Hence, as I started watching this magic anime series I’d have felt that the main character harutora was going to be one of those boring mc to watch, but as I kept following the story it became more and more interesting to follow this boring teenager and his friends taking on enemies, while trying to become a badass and powerful shaman’s, and keep in mind that this is only a fraction of what the story is really focusing on. The Story of this japanese magic tv shows takes place in Berlin, as the Red Army raises the Soviet flag over the Reichskanzlei, a group of Nazi officers conduct a ritual. killing people of the city is just a perfect ritual sacrifice in order to bring back the Order of supermen whose coming would bring the world’s destruction.

Years later, Ren Fujii, after a deadly fight with his friend, he is now spending his days at the hospital. and every night he have the same dream:  murderers hunting people, and some knights are chasing these murderers.

He becames really fed up with this routine, and cant wait to return to his ordinary everyday life, however, he still usually hears his friend’s words: “Everyone who remains in this city eventually loses their minds.”

20. Iroduku: The World in Colors the story is set In 2078, where the main character Hitomi Tsukishiro is a teenage girl from a family of witches who lost her sense of colors as she lost the people she treasured.

Not wanting to see her granddaughter suffer anymore, Hitomi’s grandmother Kohaku Tsukishiro sends her 60 years into the past to 2018 to meet her 17-year-old self.

Besides, this magical anime depicts an epic adventure of the protagonist who has also lost the ability to discern colors, which makes her journey all the more interesting. This is a Chinese Magic Anime Series adaptation by the writer Reiko Torii and the director by Li Haoling.

The Anime was produced by Haoliners Animation League Studio, and has a total of 10 Episodes.

Spiritpact is focusing on Yang Jinghua thought he had been reborn and when he was about to step on the path to a new beginning. a white-haired, rich and handsome guy Duanmu Xi, appears right in front of him.

He not only told Yang Jinghua that Yang Jinghua was already dead, he even asks for an invitation: “Young man, do you want to sign a contract with me and stay with me for the rest of your life?” 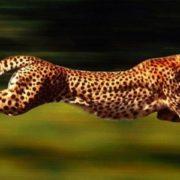 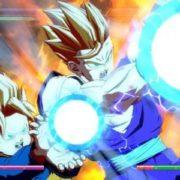