What is the Net Worth of Mackenzie Scott right now? She is an American novelist and philanthropist who is best known for her marriage and divorce from Amazon & Blue Origin founder Jeff Bezos.

Mackenzie Scott played a big role in helping Jeff Bezos create Amazon, as he had the business idea on a road trip with Scott, and the company has become one of the biggest success stories in tech history.

He left DE Shaw to found Amazon, which began as the first online bookstore in his garage and Scott became its first employee.

As the company grew, Scott starts focusing on raising their Childs.

MacKenzie Scott is a highly acclaimed author. Her two novels, The Testing of Luther Albright in 2005 and Traps in 2013, have won the American Book Award.

Mackenzie Scott can be described as the wealthiest person with a net worth of billions of dollars, who fights against racial inequity, likes community engagement, and offers charitable gifts.

Well, in 2020, Our billionaire philanthropist Mackenzie Scott with her higher net worth, was also named as one of TIME Magazine’s “100 Most Influential People 2020”.

What Is The Net Worth of MacKenzie Scott Now? 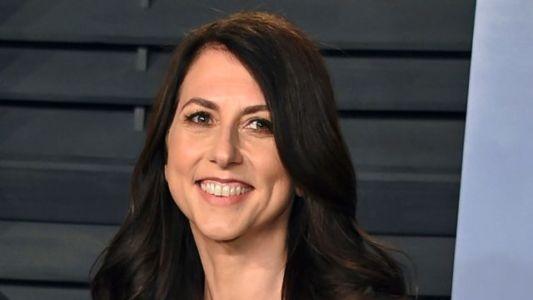 MacKenzie Scott’s net worth is about $65 billion placing her third of the richest women in the world, right behind Françoise Bettencourt Meyers (L’Oréal heir) and Alice Walton (Walmart heir).

After her divorce from Jeff Bezos, Mackenzie Bezos changed her name to Mackenzie Scott. She is one of the richest women in the world with a higher net worth after 25 years of being together.

On the other hand, in 2021, while everyone was suffering from the pandemic economic losses, her ex-husband Jeff Bezos has become the richest person on Earth.

Wow! In 2020, MacKenzie Scott made $5.8 billion in charitable donations, for so many organizations, including several Historically Black Colleges and Universities and other minority service institutions and communities. this is by far one of the largest annual distribution campaigns of charities by a private wealthy individual!

MacKenzie Scott Tuttle was born on April 7, 1970, in San Francisco, California. She claims to have begun to seriously write at the age of 6 when she wrote The Book Worm – a 142-page book that she lost. Since 2000 she’s been living and writing in Portland Oregon.

In 1992, Tuttle earned her bachelor’s degree in English from Princeton Univ., where she studied under Nobel Laureate in LIT Toni Morrison, who called her “one of the best students have ever had in his creative writing classes.”

She worked as a research assistant to Morisson while he was writing the novel “Jazz,” in 1992. 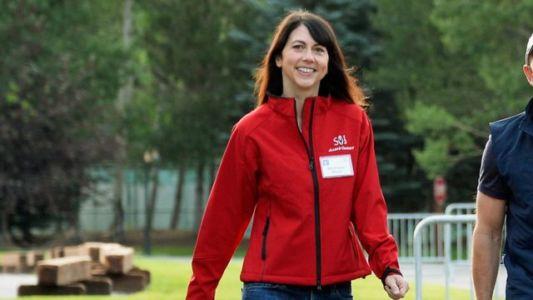 Scott was married to Jeff Bezos from 1993 to 2019. She worked as his assistant at D. E. Shaw in 1992.; After three short months of dating, they had their wedding, and then moved to Seattle, Washington in 1994. Now they have Four Children who are so fortunate to have them as parents.

Their divorce settlement last year left Mackenzie Scott with a fortune of $35.6 billion in Amazon stock and her ex-husband kept 75% of the couple’s Amazon stock. She became the third-wealthiest woman on earth and one of the richest people overall.

In December 2020, Mackenzie Scott’s total wealth reached a net worth of $60.5 billion. then, she was announced as one of the world’s richest women!

She’s also made headlines for signing the Giving Pledge and committing to giving millions of dollars from her to charity and using her personal wealth to decrease poverty rates.

Former Mrs. Bezos has found love again with a school teacher named Dan Jewett. Scott, in 2021 married Dan Jewett and the union comes after two years of separation from her ex-husband Jeff Bezos.

Writing is such a ‘pretend’ profession. Nobody is counting on you at all. You can’t ‘pretend’ to be a lawyer or a teacher. It takes a lot of grit to continue.

I am a better person when I am writing, and I am probably a better mother because I can focus all that laser attention on these characters rather than worrying about my kids.

To me, watching your spouse, somebody that you love, have an adventure – what is better than that.

MacKenzie Scott is a well-known American novelist and philanthropist. She’s known for her involvement in Amazon and other platforms, as well as her philanthropic efforts, and recently dissolved marriage to Jeff Bezos. As of the time of this writing, the net worth of  MacKenzie Scotts is US$65 billion.

Her marriage to the Amazon founder Jeff Bezos from 1993 to 2019 made headlines for over 2 decades. The rich couple has four children together. Her ex-husband Jeff Bezos has been among the richest celebrities for over two decades and is now the second richest man on earth right after Elon Musk.

While billionaires make headlines across the globe with fancy lives, MacKenzie Scott wishes to make one thing clear: She doesn’t care about her own fortune. But it seems that she cares about the people who are going to benefit from it. She plans to donate most of her wealth by the time she dies.

What is Susan Wojcicki Net Worth in 2022: Susan Diane Wojcicki is a Chief Technology…

What Is The net worth of Oprah Winfrey Now? Before talking about the net worth…