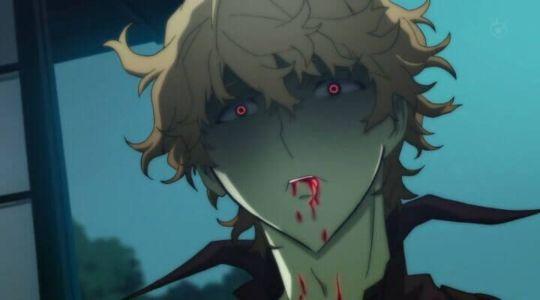 You think you know all of the dark anime series out there! well, this article will prove you wrong. Because, today we have compiled a list with the best 36 darkest anime series available to watch right now.

Yeah! be it classics or the newest ones we have only covered the best out of everything in order to give fans something great to stream.

So make sure to be ready to uncover the darkest tales of Life and death, mind boggling, deep stories, bloody and $exual scenes.

Just sit tight, and dont turn off the lights because it will gets darker as you are about to watch mature dark stories with plenty of exhilarating speeches, in every single anime in this recommended list. Ergo Proxy is one of the Best Sci-Fi and Psychological Anime of all Time but it is so sad to see such a masterpiece Underrated and unknown to anime fans nowadays.

The story of this Mystery Dark Anime starts After the explosion of the methane hydrate layer, the remaining mankind are forced to live in isolated domed cities.

They live in a controlled society and are assisted in daily life by autonomous robots called AutoReivs.

In one of these cities, Romdo, Inspector Re-l Mayer, leads an investigation concerning AutoReivs that have gone mad after being infected by the Cogito virus.

In the process, she comes in contact with a monster called Proxy.

Elsewhere in the city, immigrant Vincent Law is on the run after being framed for involvement in several Cogito cases.

Together, they set out on a journey to the dome city Moscow in order to unravel the mystery of the Proxies. Kino’s Journey is the quintessential adventure dark anime for you, the premise centers around a 15-year-old girl who travels from one country to the next on her trusty sentient motorcycle.

Well, in Kino’s Journey the protagonist is not driven by heroism or righteousness. Spending around three days in each country, Kino avoids interfering in the society’s political or cultural climate, opting to take the position of an observer. While far from a pushover and, if need be, able to defend herself from any threat, Kino’s adventure is marked by self-reflection and discovery.

Tackling various political and social themes, Kino’s Journey comments on many different ideologies but avoids coming across as preachy. Here is  supernatural anime full of complex ideas about life and death, as well as the dark side of human nature. This series tries to answer the question of What does it mean to truly be human?

Since their first discovery, several other Ajin appearances have been reported worldwide. For the majority of citizens though, these creatures are less reality and more of something you see every once in a while in a textbook or on the news. well in terra formars, the animation is dark, and the Story is deep and dark, well, overall the darkness is well-built in this Horror Bloody Anime that takes place On the planet of Mars;  where six crew members are ready for their mission.

But what they find are giant mutant humanoid cockroaches with incredible physical strength. Hence, The crew members are easily wiped out, but not before sending a transmission back to Earth.

As a Result, Now, humanity will send elite warriors to exterminate the mutated bugs and claim back Mars.

32. Nura: Rise of the Yokai Clan (Nurarihyon no Mago) Here is another great underrated dark action Japanese anime to watch, Nurarihyon no Mago that Focus on Rikuo Nura, who appears to be an average middle school student.

But in secret he comes back home every day to a house full of youkai, and no one knows that he transforms into the all-overpowered leader of these spirits at night. However, much to the disappointment of many, Rikuo is determined to live as normal a life as possible. This incredible series follows Rintaro Okabe, a neophyte scientist who accidentally develops time travel via a microwave – he and his team now possess the ability to send messages backward in time, altering the timeline.

This discovery leads to some serious problems – one that will take every ounce of Rintaro’s intelligence to overcome. Have you heard of Hell Correspondence?

Hell Girl is a very unique dark anime, in each episode the story revolves around a character going through a tough time before they turn to the legendary girl everyone is whispering about.

Only persons with a powerful grudge can access the mysterious website, that allows them to enter anyone’s name and have that person be ferried straight to hell.

Hence, Ai Enma, the Hell Girl, will not judge whether or not the chosen target deserves punishment; she will merely exact revenge on them for you.

Not much is known about this young girl other than that she swiftly carries out her tasks with the help of three straw dolls.

There is just one catch, however—as payment for carrying out such a request, the user must condemn themselves to an afterlife in hell. Death Parade is one my favorite dark game anime of all time! yeah this japanese anime series will teach you the true nature of human beings.

the plot is set After death, and, at the instant of their death, they arrive at the Quindecim, a bar attended by the mysterious white-haired Decim.

After death, humans go to either heaven or hell, but for some people, they face a bar-tender who challenge s them in  random games, that will decides their fate later!

During these games the true nature of human appears, be a good or a bad, your Welcome to Quindecim, where Decim, decides your afterlife!

In death parade people receives judgment, however, a strange, black-haired girl causes Decim to begin questioning his own rulings.

28. Angels of Death (Satsuriku no Tenshi) A dark turnout will occurs to Rachel, as she wakes up to figure out that she is trapped in the basement of an abandoned building, With no memories, or even an idea of who she is and where she is! she just starts wandering the building, lost and dizzy.

In her search, she comes across a man covered in bandages. He introduces himself as Zack, and he wields a grim-reaper like sickle.

A strange bond is struck between them, strengthened by strange, crazy promises… These two, while trapped, don’t know why fate has placed them there. But they will join forces and do their best to find a way out…

Satsuriku no Tenshi is a Dark Anime that deals with a deep story of survival, and yeah this show got unusual main characters: zack  who is a Sociopath and rachel: a real Psychopath.

27. Terror in Resonance (Zankyou No Terror) Here is an anime series where villains are the main characters, this dark animated tv shows will really hits right in the feels.

Zankyou no Terror plot is set  In an alternate version of the present, where a shocking terrorist attack Stickes Tokyo.

and the only hint to the identity of the culprit is a bizarre video uploaded to the internet.

The police, baffled by this cryptic clue, are powerless to stop the paranoia spreading across the population.

While the world searches for a criminal mastermind to blame for this tragedy, two mysterious children—children who shouldn’t even exist—masterfully carry out their heinous plan.

Cursed to walk through this world with the names Nine and Twelve, the two combine to form “Sphinx,” a clandestine entity determined to wake the people from their slumber—and pull the trigger on this world. Welcome to a dark fantasy tale that highlights Witches with special powers like ESP, telekinesis, mind control, and so on. Robin, is one of them, and she is a craft user, she comes from italy to japan to replace for one of STN-J’s witch hunters who was recently killed.

Unlike other divisions of STN, STN-J tries to capture the witches alive in order to learn why and how they became witches in the first place. 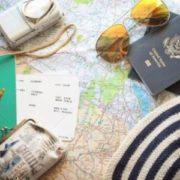 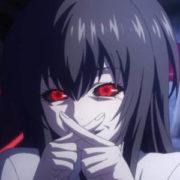