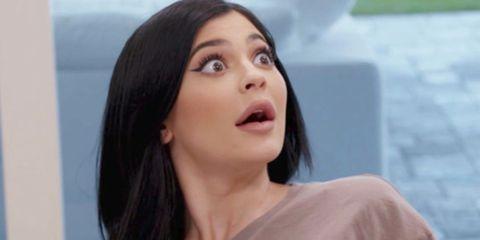 As 2021 kicks off, it’s time for TV fans to carry on watching their favorite tv shows that were cancelled due to the covid-pandemic, or under some other circumstances.

We have also some other tv shows that are nearing their ends, so fans must be ready to knock out their beloved series for good.

Keep reading to know the 31 cancelled tv shows or upcoming endings in 2021, along with the release dates for the last episode of each show.

An HBO representative told TVLine, “Co-authors Katja Blichfeld and Ben Sinclair decided to take a break from High Maintenance’s production to pursue other projects.” “We look forward to hearing what they bring next.” 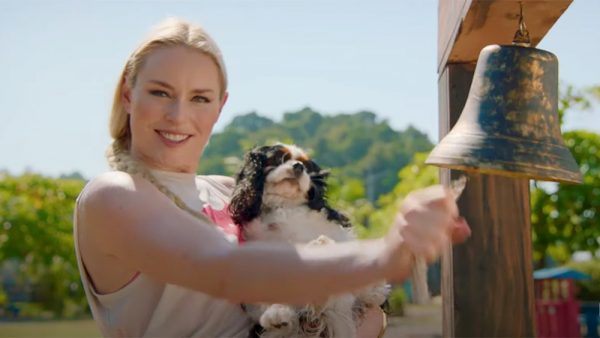 “The Pack” was an original competition series from Amazon about pet owners who travel the world. The show was met with controversy over leaked videos allegedly showing dogs in unsafe situations.

Therefore, Entertainment Weekly stated that the videos had nothing to do with “The Pack” tv shows being cancelled. 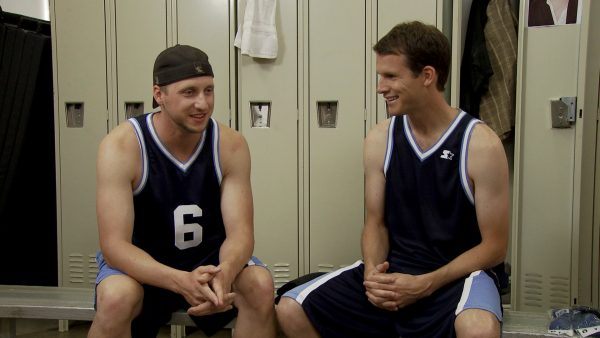 Daniel Tosh’s long-running Comedy Central series has been renewed for 16 seasons. But in August of last year, ViacomCBS made a surprise move to reverse this revamp and put an end to our beloved the shows “Tosh.0”. 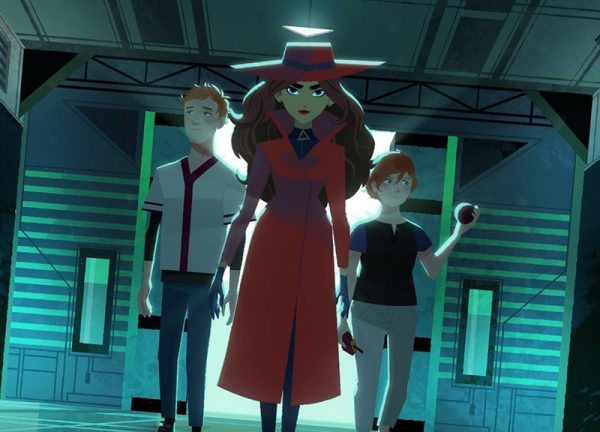 Netflix has announced that the fourth season of the children’s animated series “Carmen Sandiego” will be the last in December 2020.

Hence, The final episodes will premiere on January 15, 2021. 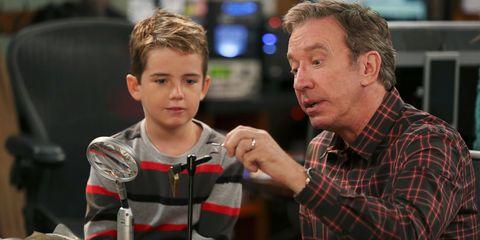 Originally, “Last Man Standing” was an ABC tv shows that ran for six seasons before being cancelled in 2017. Fox picked up the show, but once again it’s now cancelled. The ninth and final season airing began in January 2021. 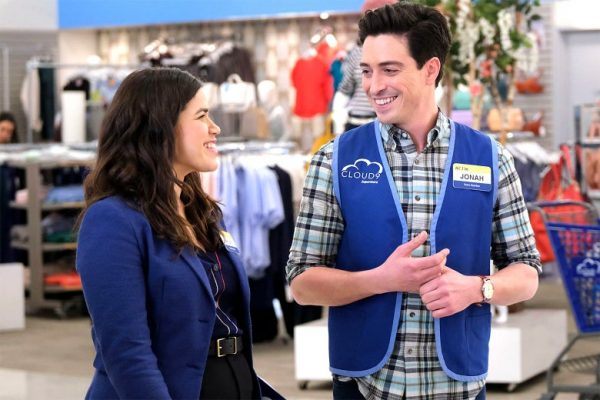 In December 2020, news broke that the NBC comedy Superstore was nearing an end. Moreover, The executive producers told fans that they “will do their best to come out strong and give you the satisfying ending you deserve.” The sixth and final season began in January 2021. 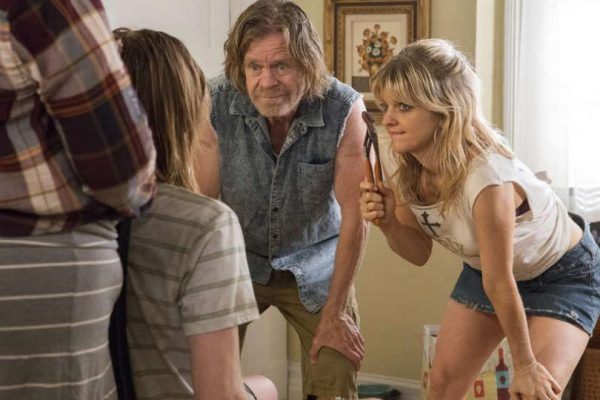 Showtime has announced that “Shameless” has been renewed for its eleventh and final season in January 2020. Therefore, The final episodes are now broadcasting weekly, and the final episode is scheduled to air at the end of February. 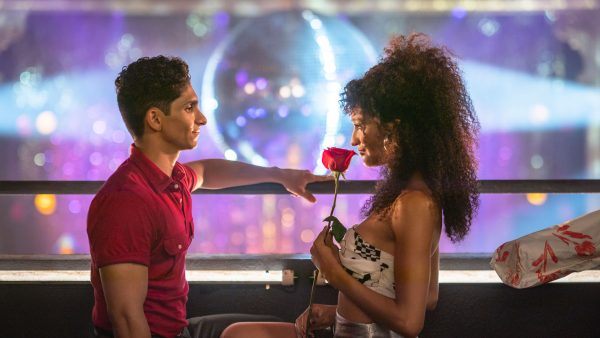 In March, FX announced that the upcoming third season of “Pose” would be the last.

The final season will consist of seven episodes in total, which is a shorter run time compared to the first two seasons.

Creator Stephen Canals wrote on Twitter, “We made the decision to quit [‘Pose’] after three seasons because we had reached the intended end of our story.” 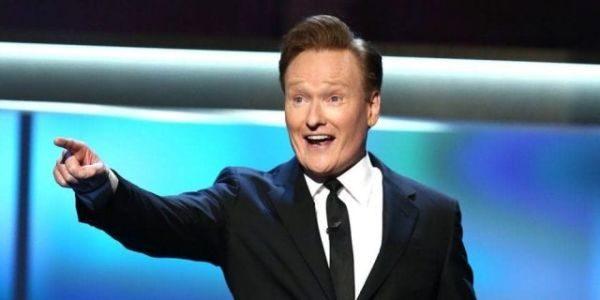 Last fall, TBS announced that The Conan O’Brien Late Night Show would end in the summer of 2021. The comedian already has another amazing tv show in the works with HBO Max under WarnerMedia. 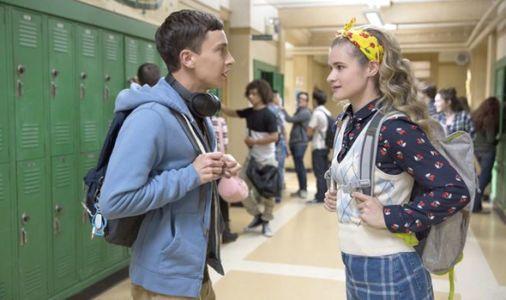 At the start of 2020, Netflix announced a renewal of “Atypical” for its fourth and final season, which will premiere sometime in 2021.

“I’m happy that we’re going to have a fourth season of“ Gay, ”said Robia Rashad, the series’s author.“ While I feel very sad that the end of this tv series is approaching, I am very grateful that I was able to tell this story. 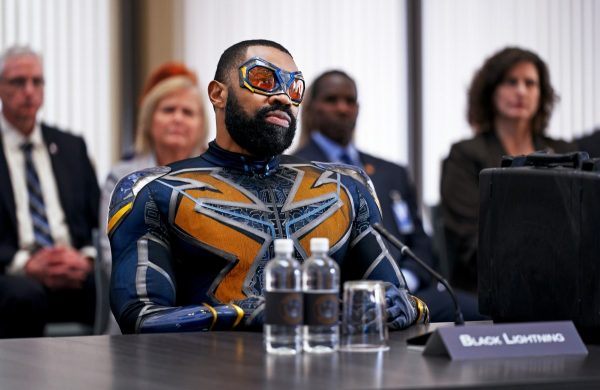 After the November 2020 news that CW had a plotline for the series, the fourth and final season of “Black Lightning” was announced. The new season is expected to premiere in early 2021. 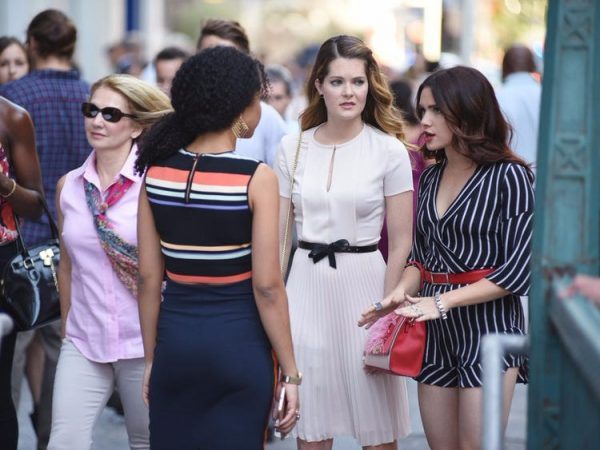 Freeform magazine’s industry drama “The Bold Type” ends with the upcoming fifth season. According to Vulture, fans will have a six-episode final season sometime in 2021.

The original “Bush” tv series of police action from Amazon is nearing its complete end with its seventh and final season in 2021. Writer Michael Connelly told TVLine that they hope the new episodes will be ready by April, but will depend on filming restrictions under the COVID-19 guidelines, so maybe the these brand new episodes of Bsch tv shows will be cancelled until our life will back as it was and worlds recover from the harm caused by covid-virus. 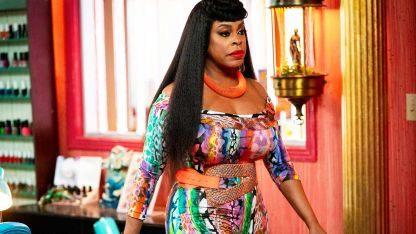 In October 2019, TNT announced that it was renewing the series Claws for the fourth and final season due to be shown in 2020. But the COVID-19 pandemic cancelled the last installment of the tv shows’ episodes, and now fans will see the show’s conclusion somewhere in 2021. 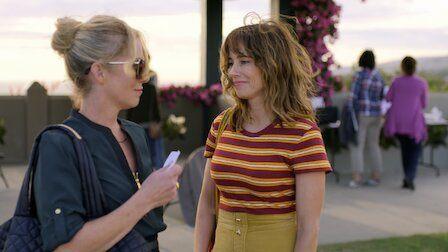 Shortly after the second season of “Dead to Me” premiered on Netflix in 2020, the company announced that it was renewing the series for a third season and finally. Linda Cardellini and Christina Applegate will return for the last set of episodes of the series sometime in 2021. 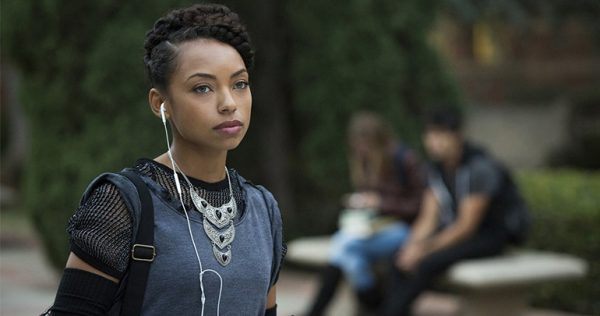 In October 2019, after the third season of “Dear White People” premiered on Netflix, the streaming service announced the renewal of the show for the fourth and final season. 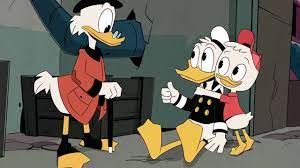 Last month, IGN reported that Disney would end the “DuckTales” reboot. Production in the final season has already ended, and the third season is expected sometime in 2021. 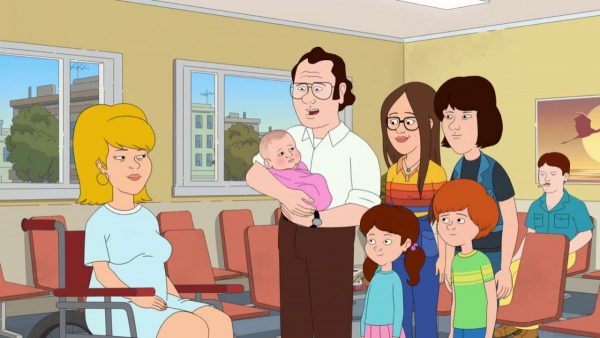 In October 2020, Netflix announced the return of “F is for Family” for its fifth and final season. The last set of episodes is already in production, and it is expected to happen sometime in 2021. 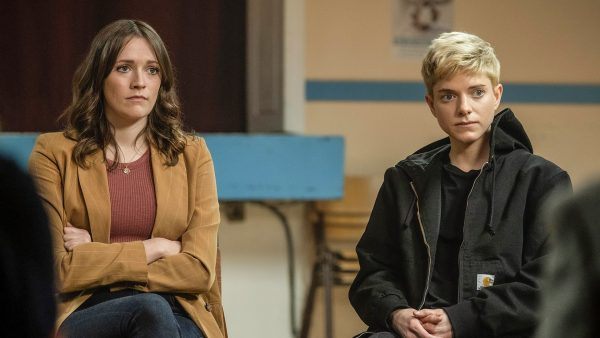 After the critically acclaimed premiere of its first season in 2020, Netflix’s “Feel Good” will return for its second and final season this year. According to Variety, the new season is already in production in the UK. 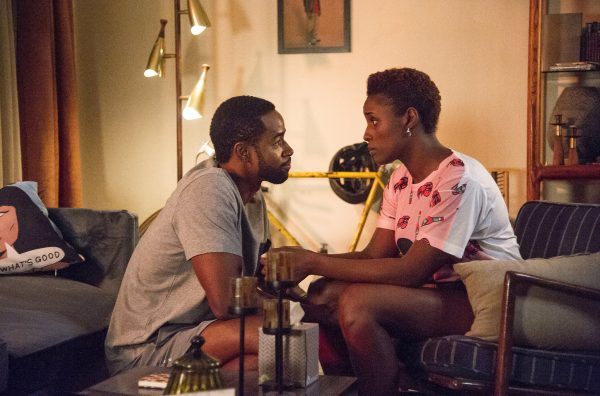 The much loved HBO comedy series “Insecure” will be released on its own terms this year. Cocreator and star Issa Rae tweeted thanks for the “tremendous support from their fans and HBO’s faith”, allowing the team to tell a “whole story” in five seasons.

In November 2019, Amazon announced the renewal of the original drama series for a fourth and final season. It was originally supposed to air sometime in 2020, but the COVID-19 pandemic has cancelled the tv shows filming. Luckily, It’s now expected sometime in 2021 instead. 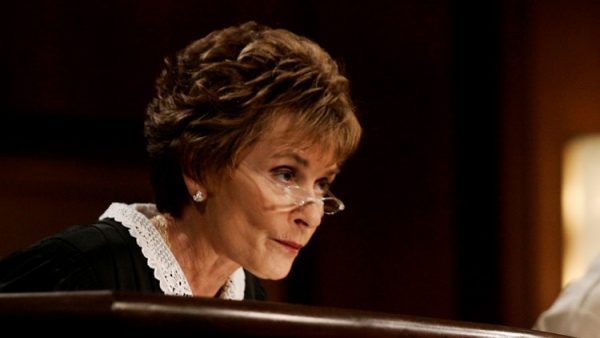 The current season of “Judge Judy” on CBS will be the final season. Indelible Presenter Judy Sheindlin will create a new series, “Judy Justice,” which will be broadcast on IMDb TV.

Fans were shocked in September 2020 when Kim Kardashian West and her sisters announced that the end of “Keeping of With the Kardashians” is so near. 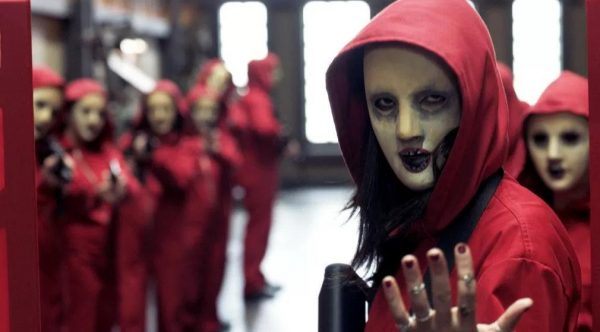 “La Casa de Papel” is one of the most watched international original tv shows on Netflix. In the summer of 2020, Entertainment Weekly revealed the news that the Spanish original Netflix would be ending with a fifth season.

The final season of the show “Lost in Space” was announced on Netflix for the first time in March 2020. By January 2021, production is over, which means fans can expect the third season later this year. 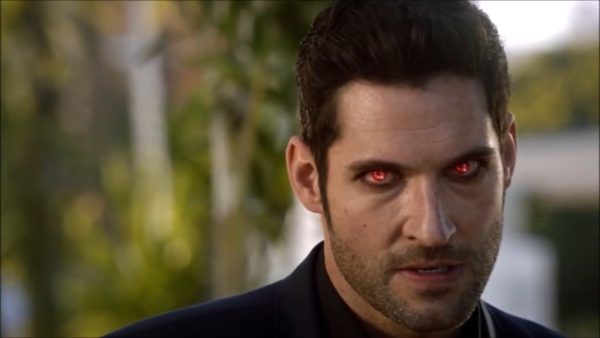 “Lucifer” was originally a Fox TV drama and is currently finishing its showing as a Netflix original. Lucifer is not among the cancelled tv shows on our list but is returning for its sixth and final season after its fifth season premieres in Fall 2020, as Live TV announced. 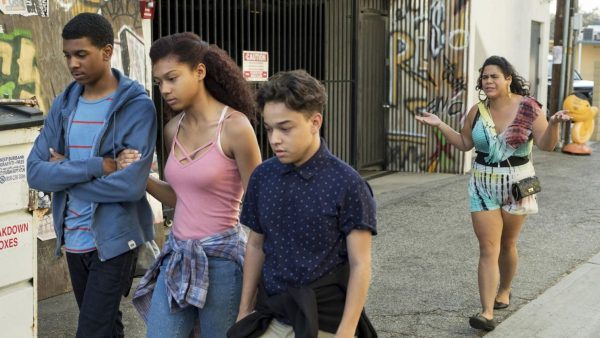 Netflix announced in January that the tv series “On My Block” would be returning for its fourth and final season this year. 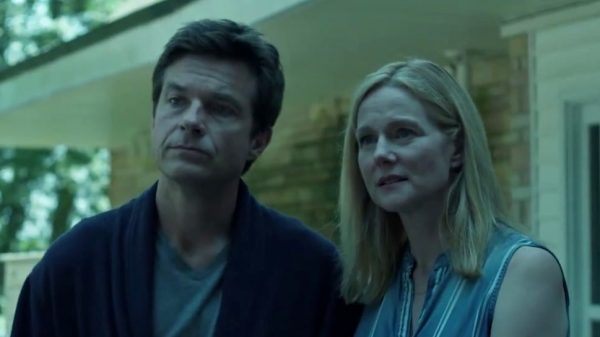 Netflix‘s Emmy-winning drama Ozark will end in 2021 with a fourth season in two parts. Each part will consist of seven episodes, totaling 14 final episodes of the show. 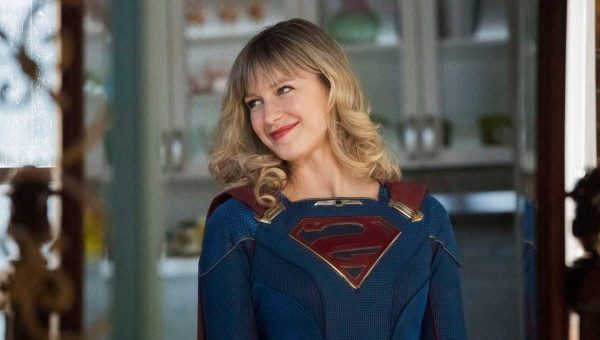 In September 2020, word spread that the upcoming sixth season of Super Girl would be the last. The series is currently in production, and fans will likely see the final episodes by the end of 2021. 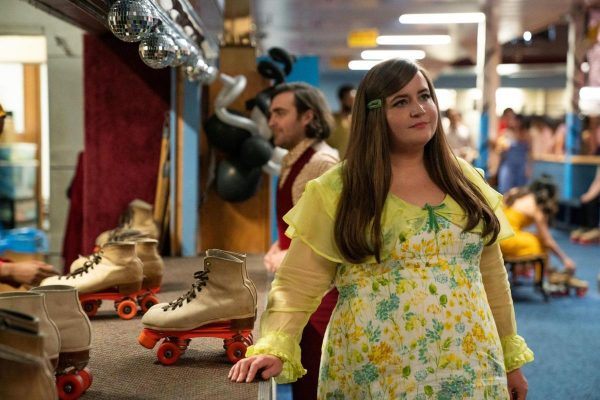 Hulu’s Shrill has been renewed for a third season in March 2020. By January 2021, news has spread that the upcoming season will be the last. Production is already complete, so fans can expect new episodes sometime in 2021. 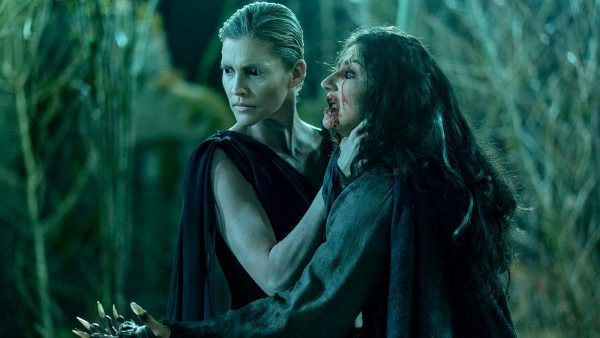 Shortly before the season 4 finale aired, The Hollywood Reporter had reported on SyFy’s “Van Helsing” renewal for the fifth and final season. Filming ended in fall 2020, which means fans can expect to see the final episodes sometime in 2021.

Here are the Top 19 Best Comedy TV Shows That Will Make you Laugh! Welcome,…

21 Best Emotional Movies That Will Make You Go Sad

Top 21 Sad Emotional Movies to Watch Right Now! I'm not sure who is asking…

Which are The Best Scary Movies to Watch in 2020 ? Today, throughout this article,…

The Best Movies About Witches to See: Magic and myth films are beloved by audiences,…