The Year of 2017 had some Amazing movies, be it great superheroes,  horror, and Epic war movies.  But which are the best movies of 2017! Advertisement
This is a 2017 3D computer-animated superhero comedy movie, where a cooler-than-ever Bruce Wayne has to deal with the usual suspects as they plan to take over Gotham City, while knowing that he has unexpectedly adopted a teenage orphan who wishes to become his buddy. It is a 2017 American  action thriller film directed by Chad Stahelski and written by Derek Kolstad.  The Story begins after returning to the criminal underworld to repay a dues, John Wick discovers that a huge bounty has been take in his life. 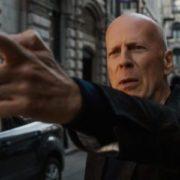