The Top 19 Most Overpowered Anime Eyes

animes eyes are a feature that we all love and gets amazed by while watching our Favorited anime characters, who are usually bestowed with such pretty, beautiful eyes that we all dreams to have or stare at, but wait, and then there are also powerful deadly eyes,  which grant them different kinds of superpowers.

With no Further Ado Let’s countdown our 19 of the most popular powerful eyes in animes! Kurumi is a yandere anime girl who at first looks like a sweet gentle girl, But looks can be deceiving. She is actually one of the main antagonists of the series and proves more than once that she has a split personality. It’s not surprising that such a complex animes character gets a pretty cool pair of eyes, right? While having red-eye is already impressive enough, having an eye with a clock face on it is even better.

In Charlotte animes Those eyes has the ability to take over someone’s body for approximately 5 seconds. While in use, his irises become lime green and his pupils become light teal. However, his body slumps into unconsciousness while this ability is in use. He can use other abilities whilst controlling their bodies. However, the five seconds time limit still applies. As of The World that is No Longer Here, it is revealed Yū’s true ability is “Plunder” which takes someone’s ability away from them (They can’t ever use their ability again) and use it as his own. Here is an underrated anime series that focuses on Allen, With a scar that was given to him by Mana Walker, Allen turns into an Akuma.

The scar is also the source of his Cursed Eyes which allows him to detect Akuma and see the human souls bound to their bodies. Ban Midou is one of the main characters in Getbackers animes series, Ban’s Jagan, or Evil Eyes, forces anyone that makes direct eye contact with him to enter a state of illusion. However, it can only be used three times a day and once per person in a day, so Ban must use this anime eye power wisely. Evergreen is a Mage of the Fairy Tail Guild and the only girl member of the Thunder God Tribe, After Fairy Tail’s disbandment she joined the Blue Pegasus Guild along with the other members of the Thunder God Tribe. However, a little while after the guild’s reformation, she left to rejoin Fairy Tail alongside Laxus and the rest of her team. Evergreen’s Stone Eyes allow her to turn anyone who looks into her eyes into stone. Moreover, those who were turned into stone would eventually turn into dust over time! Unfortunately, her magic does not work on anyone who wears eyeglasses. 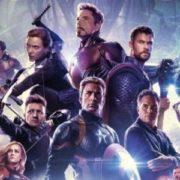 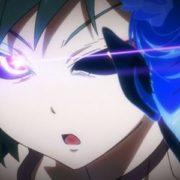