The Best Overpowered Anime Attack that Can Wreck Havoc Easily

We all dream to have superpowers that can keep us safe from any harm, or allows us to protect our beloved ones.

In Movies, Books, Series, and Anime, Superpowers are that elements that lefts us speechless and keeps us dreaming and fantasizing about possessing such supernatural abilities that can make the world a better place to live in.

Hence, Today we are covering 20 Overpowered Anime Attack that Can wreck Havoc Easily! Alpha Stigma is a magic eye that allows its user to analyse and understand all kind of magic, and even the structures around the user.

Hence, this power can be activated by the death of someone that the bearer cares about, as a result, the user will go on a rage mode, seeking to wreck havoc and death for those around him. The Spirit Gun is one the most overpowered and cool anime attack i have ever seen so far.

Therefore, It’s the signature move of  the MC Yusuke Urameshi.

So, To release this attack, Yusuke concentrates spirit energy into his hand, letting it out through his finger tips in the form of a blast.

Read Also: 11 Anime Where the Main Character Is Reincarnated Or Resurrected

Firstly, This is an ability that allows the user to manipulate the vectors of matter and its related energy.

Furthermore, The “redirection” of Accelerator’s power makes him able to reverse the direction of any vector he touches and subconsciously achieve a desired result; even displaced “teleportation” vectors.

This anime attack, Enuma Elish is an overpowered technique used by the badass Gilgamesh, who is an antagonist from the fate series.

Therefore, Enuma Elish: The Star of Creation that Split Heaven and Earth, refers to the overloaded state under which it releases its maximum output.

Hence, This overpowered attack can really annihilate anyone who would stand in opposition.

Read Also: Top 10 Anime Where the Overpowered Mc is Emotionless and Cold All Might is the symbol of peace and the strongest hero in the world of “My Hero Academia”.

Hence, United State of Smush is All Might’s final and most overpowered move.

So, while Fighting against the powerful villain “All for One”, Allmight find himself forced to use the last remnants of his superpower “One For All”, resulting in delivering an unstoppable attack, and allowing him to defeat  his opponent instantly.

Here is The Video Version or Continue Reading By Clicking the Next Button: 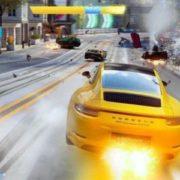 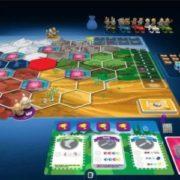