Welcome to Our 10 Best Hollywood Movies Inspired By Anime and Manga.

First o all, Japanese Anime and Manga had already made it into Hollywood industry several times but probably you didn’t hear of it.

so today you gonna uncover the truth behind some Anime series that inspired countless Awesome Hollywood movies like Inception, Fast & Furious, and Matrix.

Moreover, By Scrolling this Anime & Movies List, you will know how Amazing Anime is, and the big influence it has on Hollywood Blockbuster.

Even though no one wants to admit it, but in the end its a confirmation that you are not putting your Love in the wrong Place!

So, if Japanese Anime & Manga are your Sole Loved shows. Lets Countdown Our 10 Hollywood Movies Inspired By Anime and Manga Perfect Blue doesn’t follow the exact same plot as Black Swan but there are striking similarities.

Both stories feature a troubled protagonist.

But when you watch the two shows you really see big similarities in both those psychological thrillers.

But wait! why In both movies, the young, innocent protagonist has just moved on to a more demanding job, and after a while, they get chased by a “double” who may or may not be the product of their imagination.

Read Also: Best Ecchi Anime Movies That will Excite you Mecha anime-themed is one of the most popular subgenres in anime industry.

“Pacific Rim” movie is of course derivative of many Mecha Anime, from “Evangelion”, “Mazinger Z” and “Gundam,”but Gundam Wing, is the series which Pacific Rim director Guillermo del Toro has clearly expressed his love for.

So undoubtedly Pacific Rim Movie May be Based or at least influenced by Gundam anime and Series.

Both Films aren’t that all that similar, but During watching Snow White and the Huntsman as I saw a scene in the movie and it reminded me of the scene from Princess Mononoke.

Read Also: 10 Japanese Romance Movies Based On Anime and Manga

7. The Matrix / Ghost In The Shell Directors  Wachowskis didn’t hesitate to express their love for Ghost in the Shell!

They revealed that they were really inspired by the Mamoru Oshii anime, Ghost in the Shell,and sometimes they thought about taking permission from the Author.

Both the Anime and Movie are Amazing to watch go watch them and have some fun bro!

Read Also: Fascinating non-Ghibli anime movies that you must watch First of all, ideas behind Inception were actually ‘inspired’ by the Japanese anime, Paprika.

The director Christopher Nolan, admits the use of Paprika as an inspiration.

But some-others claims that the plot also bears spooky similarities, I love Paprika, and Inception even more.

I know the comparison is shocking, but definitely both shows worth watching.

This Movie is totally one of the greatest movies of all time! 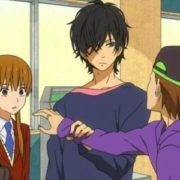 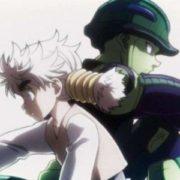