Anime Like That Time I Got Reincarnated as a Slime, is our article of today!

so, cheer up if you are one of those anime fans who fall in love with this anime series.

the uniqueness of its story, that characters developments, and Isekai theme, where the elements that make it an enjoyable anime to watch.

so here are 10 Anime series that are Similar to at Time I Got Reincarnated as a Slime.

KonoSuba is an anime like That Time I Got Reincarnated as a Slime.

Kazuma dies while thinking that he got hit by a car in the process of trying saving a girl and.

A goddess intervenes and offers him a second chance in another world.

While feeling bad at his laughable and pathetic death.

Kazuma decides to transfers to another world, where he can pick one item of any kind to aid him in his quest.

Then, Kazuma selects Aqua. But Kazuma has made a grave mistake—Aqua is completely useless!

Both Konosuba and Kenja no Mago main characters died in an accident, and reborn in another world.

⌈9⌋  Is It Wrong to Try to Pick Up Girls in a Dungeon? 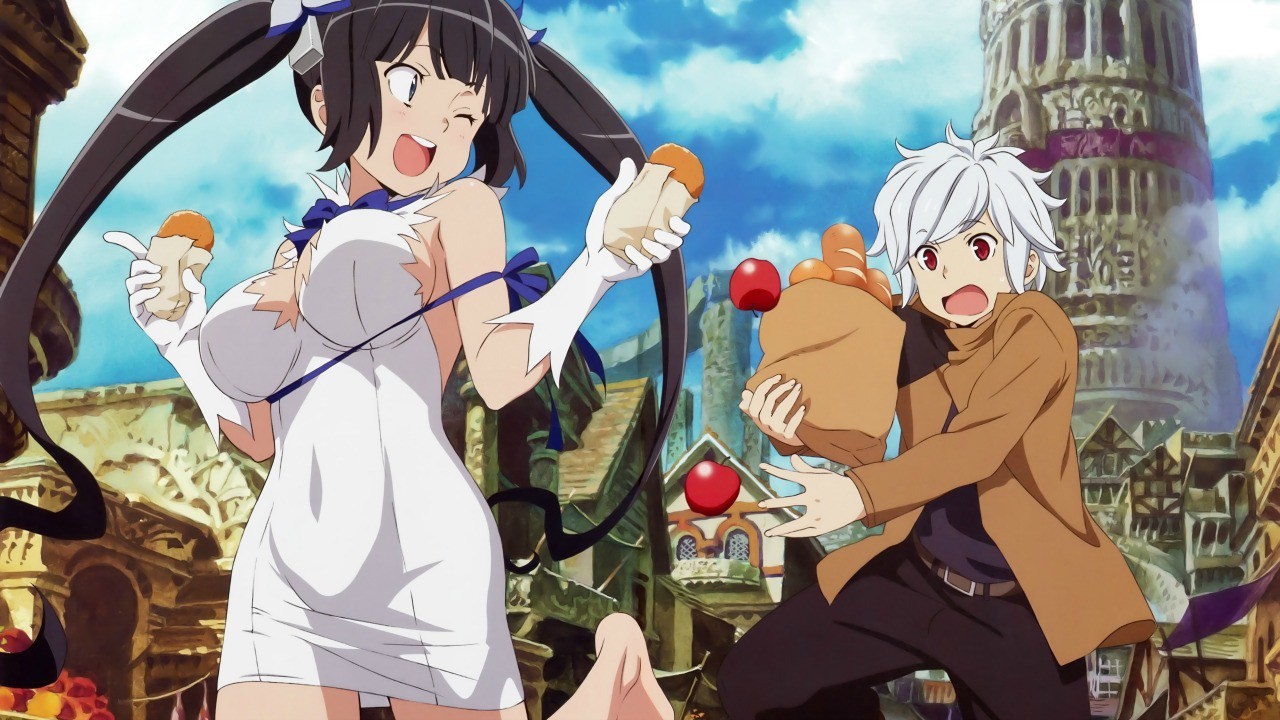 DanMachi is an anime like Tensei shitara Slime Datta Ken.

Life in the bustling city of Orario is never dull.

Especially for Bell Cranel, a naïve young man who hopes to become the greatest adventurer in the land.

After a chance encounter with the lonely goddess, Hestia, his dreams become a little closer to reality.

With her support, Bell embarks on a fantastic quest as he ventures deep within the city’s monster-filled catacombs, known only as the “Dungeon.”

Death lurks around every corner in the cavernous depths of this terrifying labyrinth, and a mysterious power moves amidst the shadows.

Even on the surface, survival is a hard-earned privilege.

Indeed, nothing is ever certain in a world where gods and humans live and work together, especially when they often struggle to get along.

One thing is for sure, though: a myriad of blunders, triumphs, and friendships awaits the dauntlessly optimistic protagonist of this herculean tale.

⌈8⌋ In Another World With My Smartphone 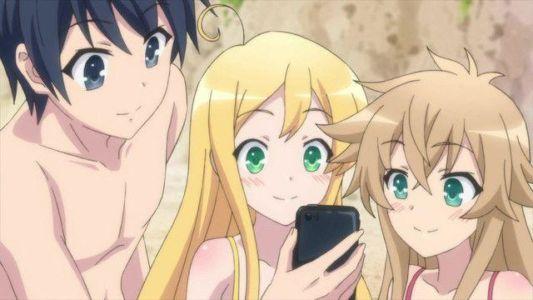 As an apology, God allows him to be reborn in a magical fantasy world and will grant him anyone wishes he desires.

⌈7⌋ Problem children are coming from another world, aren’t they? 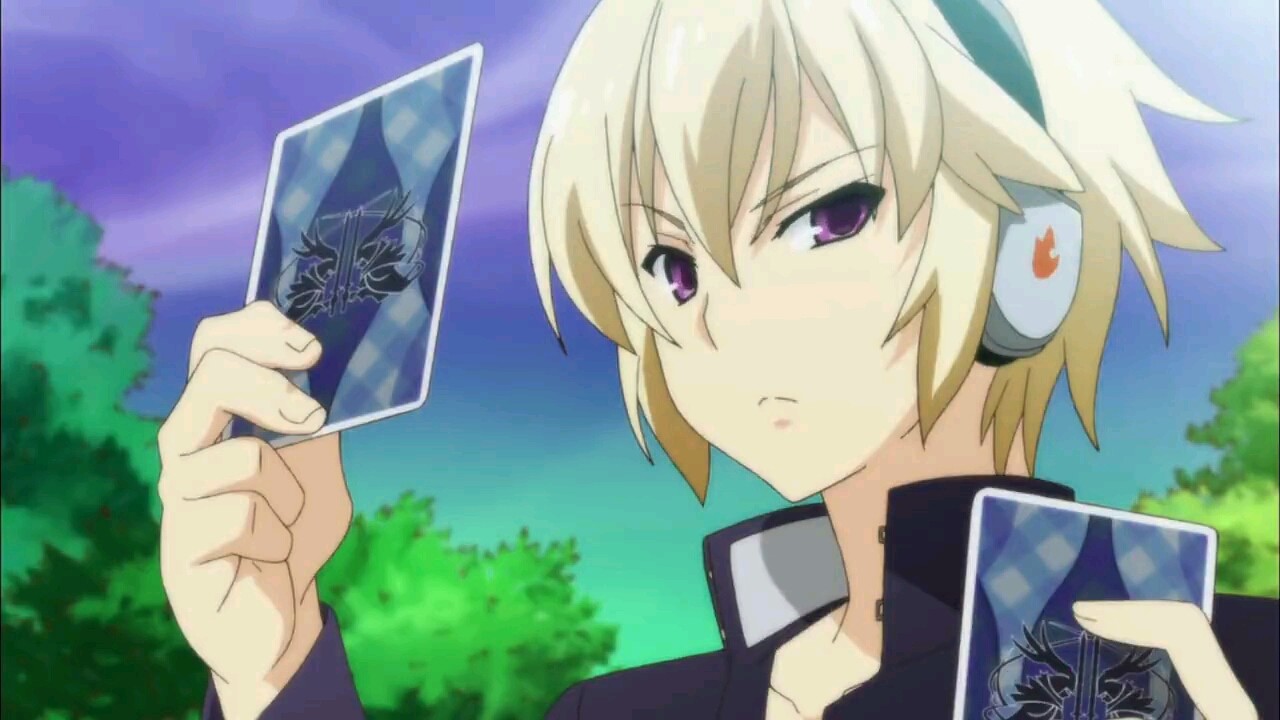 Mondaiji-tachi ga Isekai kara Kuru Sou Desu yo? is an anime like TenSura.

Three teenagers Izayoi Sakamaki, Asuka Kudou, and You Kasukabe receive mysterious letters that transfer them to another fantasy world.

This world name is, “Little Garden”.

Kurousagi greets the trio, and explains to them, that they must use their psychic powers.

Here, the inhabitants use their beyond human gifts to compete and participate in special high-stakes games.

In order to participate, they must first join a community.

Hence, the trio starts their journey to discovers the land named Little Garden and tries protecting its resident.

⌈6⌋ How Not to Summon a Demon Lord 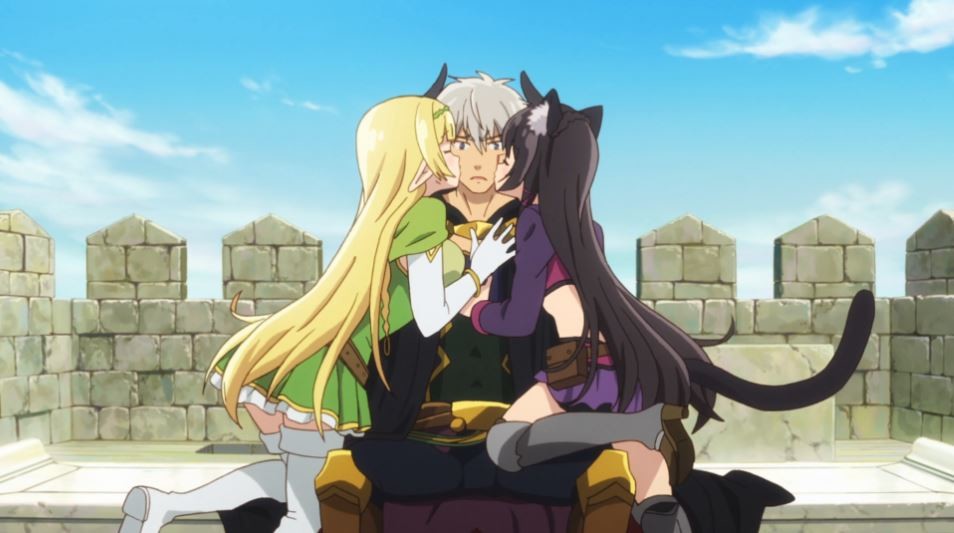 Isekai Maou to Shoukan Shoujo no Dorei Majutsu is an anime like TenSura.

When it comes to the fantasy MMORPG Cross Reverie, none can match the power of King Diablo.

Possessing the game’s rarest artifacts, he overpowers all foolish enough to confront him.

Defeating hopeless challengers day by day, Takuma cares about nothing else but his virtual life

Takuma is greeted by the two girls who summons him: Rem Galeu and Shera L.

Takuma starts learning to adapt to his new existence as Demon King.

10 Best Anime Where MC Is Trapped In a Game 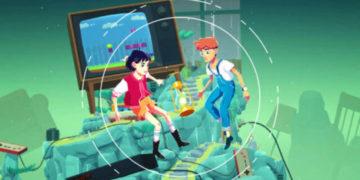 Here are The Best Reverse Isekai Anime Series to Watch!

The 20 Best Celebrity Homes that will Amaze you!