Assume the role of Gabe Logan, a highly-trained Precision Strike Operative, commanding a black box United States Agency that legally doesn’t exist. Gabe finds himself dealing with a beautiful woman from his past who harbors a shocking secret while he battles the Red Section, a para-military group in possession of Project Dark Mirror, a next-generation weapon of mass destruction. Using Precision Strike Tactics, advanced vision technology, and the latest in high-tech weaponry, Logan and his team perform surgical strike missions – too sensitive for a military response, too dangerous for civilian intelligence forces. Through the role of Gabe, players will have to be quick to strategize, as he is responsible to infiltrate, recon and execute decisively. Once inserted, Logan is his own authority – he must make life and death decisions, quickly choosing which course of action to take.

12. TACTICS OGRE: LET US CLING TOGETHER 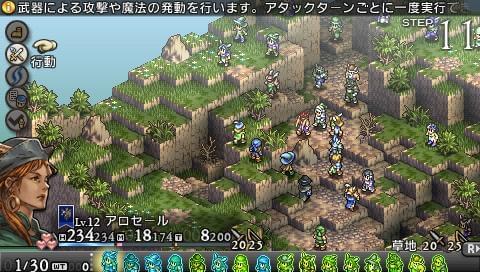 Warring clans struggle for supremacy over the Valerian Isles in this tactical role-playing game.

Tactics Ogre: Let Us Cling Together is a Japanese tactical role-playing game created by Quest. The game was released in 1995 on the Super Famicom in Japan as a sequel to Ogre Battle: The March of the Black Queen. 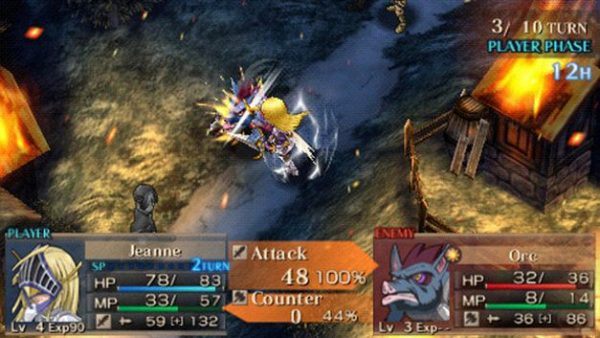 Allow you Psp console to have this amazing video game that its story begins far in the past, when a great war was waged by mankind against demonic armies attempting to invade the human world. During that time, five brave heroes created armlets to restrain the demon gods. In a quest to turn back the rueful army, a young crusader named Jeanne is commanded by mysterious voices to use the power of the magical armlet to seal away the demon king and recover her homeland once and for all. Set among sprawling fields, battle-torn villages, and intricate dungeons, Jeanne d’Arc unfolds through more than 40 expansive and highly detailed environments, where players will engage in the pursuit of France’s resurgence.

This PSP game is Featuring the best-loved racecourses from arcade classic Rave Racer and the entire Ridge Racer games series, 24 circuits of breakneck speed and exhilaration stand between you and racing glory. Beat the clock in Time Attack Mode or test your racing skills against up to 8 players in WiFi compatible Wireless Battle Mode. Features reworked and enhanced car design, complete with trademark Ridge Racer series drift handling. Drive-in style and rise through the ranks to unlock hidden bonuses in World Tour Mode. Featuring 24 breathtaking courses, the most in any Ridge Racer game, including old favorites Seaside Route 765, Crimsonrock Pass and Greenpeak Highlands. [Namco]

here is one of the best action games you have to play if you like great combat games, well TEKKEN: Dark Resurrection arrives on the PSP. New characters Lili and Dragunov join the classic cast such as Jin, Heihachi, Paul and Law in the battle to be crowned King of the Iron Fist Tournament. An all-new intro movie lets you dive into the midst of the world of TEKKEN, this time with ad-hoc multiplayer mode to fight against friends as well as more items to customize your favorite characters.