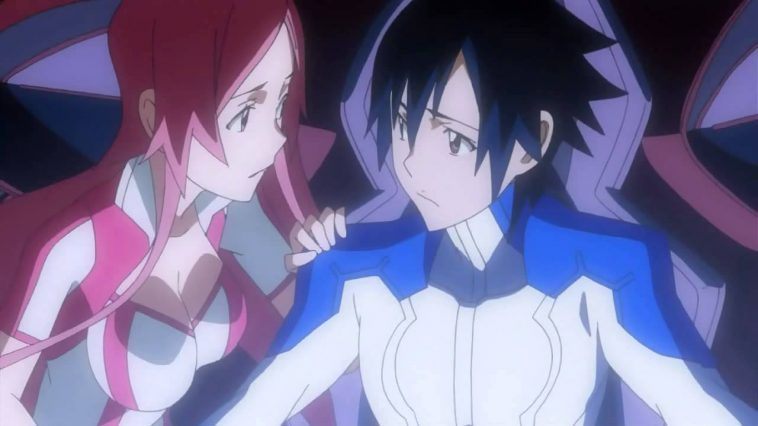 Hey everyone, welcome, Today we will be looking at various Romeo and Juliet stories of anime,then if you are here, you already know what’s coming!

Romance, Drama, Couple Fights, all mixed together so to bring us amazing animated series for the pleasure of our eyes.

so without further delay, let’s jump right into the top 10 anime where the hero falls in love with the villain. Starting off the list at number 10, we have Outlaw Star. This anime is relatively old, being released in January of 1998, but still a pretty good adventure all-round.

This anime follows the main character Gene Starwind through his world. Set in a futuristic landscape, Gene and his partner James work a bunch of different jobs while always dreaming of
piloting their own ship out among the stars.

When the pair meet a woman by the name of Rachel, all their wildest dreams come true when they realize she is actually a treasure hunter.

They are tasked with protecting a girl named Melfina, and ultimately, their adventure is filled with wild encounters with space pirates, bounty hunters and much more. More recent than Outlaw Star, first appearing in October of 2007, this anime falls into categories like action, drama, romance and mecha.

The story follows Jin Kamishina, as he works for the International Solar system Development Agency.

The ISDA is an organization tasked with developing a solution to combat an asteroid that is
on a collision course with Earth, their solution is called the Dragonaut.

This is a weapon that is designed to be used to destroy the astroid when the time comes.

Unfortunately, things end up getting much more complicated than first expected, and Jin ends up making new friends, enemies, and everything in between. At number 8, we have Black Cat. If you really like anime dealing with assassins, then this is definitely a good one for you.

Released in late 2005, it is an adventure with comedy and is definitely one that should be watched.

The anime follows the main character Train Heartnet, or Black Cat, as he is known by his employers and victims, he is an infamous assassin with deadly accuracy.

One evening, Train encounters a woman, who just happens to be a bounty hunter, and over time they become friends.

The woman, named Saya Minatsuki, has a rather positive outlook on life which starts to influence Train.

After some consideration about what he is doing, he abandons the name Black Cat, and decides to follow in the footsteps of Saya and become a bounty hunter.

His employers are not too happy with Train’s decision, and decide that any sacrifice will be made if it means Train takes up his assassin role again.

7.The Legend of Basara A rather old anime, released in 1998, the Legend of Basara follows a girl by the name of Sarasa who is born as a twin.

A prophet declares that her brother Tatara, is the hero who will free Japan from the Red King. Unfortunately the tyrant murders Tatara, and his sister takes on her brothers name and duty.

It is with this that she journeys throughout Japan on her quest to free its inhabitants. Next at number 6, we have Big Order. This is definitely a change of pace from the previously mentioned anime, where we follow the main character Eiji Hoshimiya in his attempt to navigate a world falling apart, and the worst part, it’s all because of him.

When Eiji was younger, a fairy granted him a wish, although he cannot remember what he wished for, his wish ended up causing countless deaths in an event that was known as “The Great Destruction”.

Since his wish was granted, many more people have been given the power to make their desires come true.

These people are called “Orders” and they are seeking revenge on Eiji for causing the destruction that he did. The anime follows the main character Kaname, a high school student, who is told about a mobile game by his friend.

However this is definitely not a regular game, as it gives a whole new meaning to the phrase “survival of the fittest”.

This anime is very new, premiering in January 2020, and is 11 episodes long with an expected season 2 to be released sometime early 2021.

It has been received well by audiences, and at the moment is really popular, so I recommend you check it out.

See Also: The 10 Best Anime where the MC is Loved and Respected by Everyone This anime takes place in a school named Shuchiin Academy, a prestigious school with some of the top students.

Among these students are our two main characters Miyuki and Kaguya, both being extremely smart and talented at everything they do.

They both have feelings for each other, but neither will be the first to admit it, as in doing so would be seen as “weak”, and it becomes a battle of wills where both Miyuki and Kaguya want to emerge victorious.

This anime is a recent one, and is an enjoyable romantic comedy that many viewers have enjoyed
so far.

3. The Devil is a Part Timer In the number 3 spot of the recommended Anime series Where the Hero fall in Love with Villain, we have The Devil Is A Part-Timer.

This is one of my personal favorites, and what I like to refer to as a reverse isekai.

The anime follows the main character who just happens to be satan, and starts off in the fantasy world of Ente Isla.

He and his army has taken over most of the world, when the female hero Emilia confronts him at his
castle and forces him to retreat through a portal leading to Earth.

He then gets a part time job at a chain restaurant called MgRonald’s… not related at all to any real life stores…eventually Emilia tracks him down and tries to catch him being his evil self, however she ends up developing feelings for him, not that she will ever admit that.

Kyoukai No Kanata Also known by its english name “Beyond the Boundary”, it was released in
October 2013.

This anime follows Mirai Kuriyama as she is the only member of a clan known as the Spirit World Warriors.

A clan that has the ability to transform their blood into weapons, and is tasked with hunting down creatures that manifest from negative human emotion.

One day, Mirai encounters a hybrid of this creature in a human form and tries to kill him, only to find out that he is immortal.

After they form a frienship, Mirai continues to try and kill the hybrid named Akihito while still killing other creatures around them. At the number 1 spot on the list of Anime Where the Hero fall in Love with Villain, we have Maou Maoyuu Yuusha.

This is probably the greatest example of star-crossed lovers in anime. The story takes place in a world where there is a war between humans and demons, and the main character falls in
love with the demon queen he and his allies are supposed to defeat.

She convinces him that with the war, all of humanity has united and the demon kingdom is experiencing an era of wealth like never before.

They compromise on a plan that will not only end the war, but also unite the world.

And with that, we come to the end of the list of Anime Series Where the Hero fall in Love with Villain. If you enjoyed it, please leave a comment below if you believe that your favorite anime should be on this list. If you like this kind of content, subscribe to our newsletter and our youtube channel to get updates on the latest topics videos that come out. 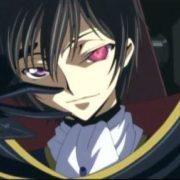 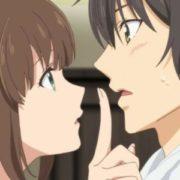