I like blue, so I’ve decided to make a list about an anime girl with blue hair. We’ve previously talked about pink-haired, green-haired, and blonde anime girls but couldn’t resist the urge to show off some of the absolute best blue-haired anime girls we could find.

20. Yamuraiha – Magi The Labyrinth of Magic

We start with Yamuraiha a supporting female character from the Magi anime and manga series, she is one of the eight “Generals” from Sindria and a magician. I like that she’s so sweet and caring as well as being endowed with large breasts, a pretty face, and blue shiny hair! I may be exaggerating a bit but she’s just so cute anime girl! 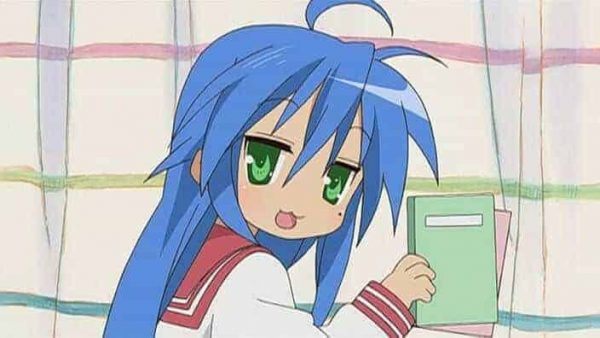 Konata from Lucky Star, is a cute anime girl with blue hair, she is a petite anime girl who has long, hair, sleepy green eyes, and a beauty mark under her left eye, just like her father. She has a cheerful personality and often speaks in kawaii anime-style terms and with anime intonations, which makes her so cute.

One of my favorite anime female characters from One Piec is Vivi, the Princess of Alabasta and temporarily pirate who joined the Straw Hat Pirates for most of The Alabasta Arc.

She stayed on Luffy’s ship until defeating the Baroque Works, who threatened her homeland. She then stayed in her home country but has been shown to have been keeping an eye on the Straw Hat’s progress since then. 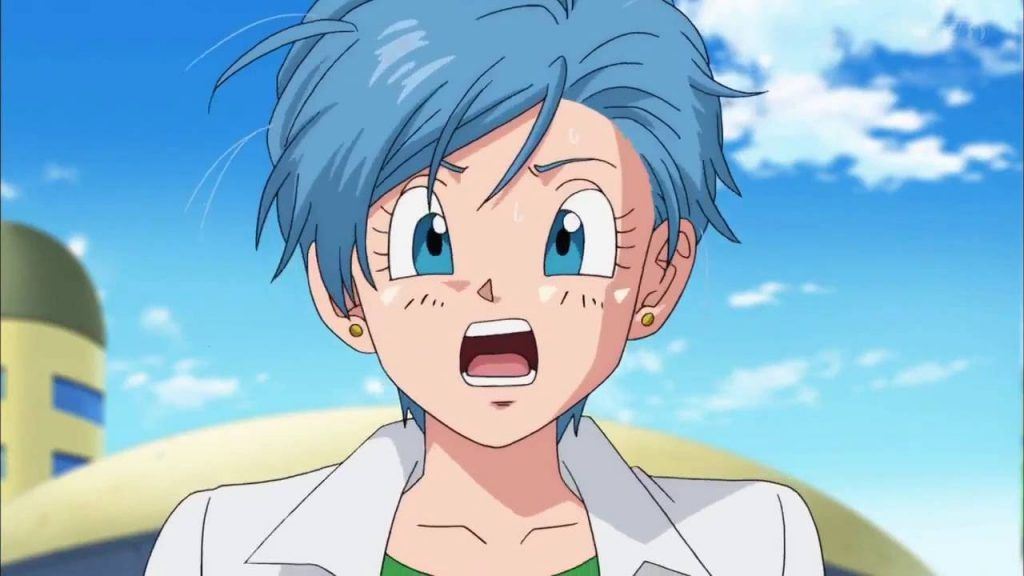 Bulma needs no introduction, as she is a very well-known anime girl. But here’s a sneak peek: Bulma is a brilliant scientist, Goku’s first friend, and the second daughter of Dr. Brief, founder of Capsule Corporation.

This is another pretty anime girl with blue hair from Log Horizon. Lenessia (Lenessia or Rayneshia is a member of the Corwen family, the most prestigious dukedom in Eastern Yamato) who has long light blue hair and dark blue eyes. She also seems like a really good person to be around.

She is a cute anime girl with blue hair on this list, who has so many great features that a man desires in a woman. These include her shoulder-length light blue hair, deep purple eyes, full long lashes, and appealing body.

Kurumu Kurono is a student and wants to steal Tsukune Aono from Moka Akashiya. Despite various embarrassing tricks, she is actually an innocent girl and all she really wants is his affection. 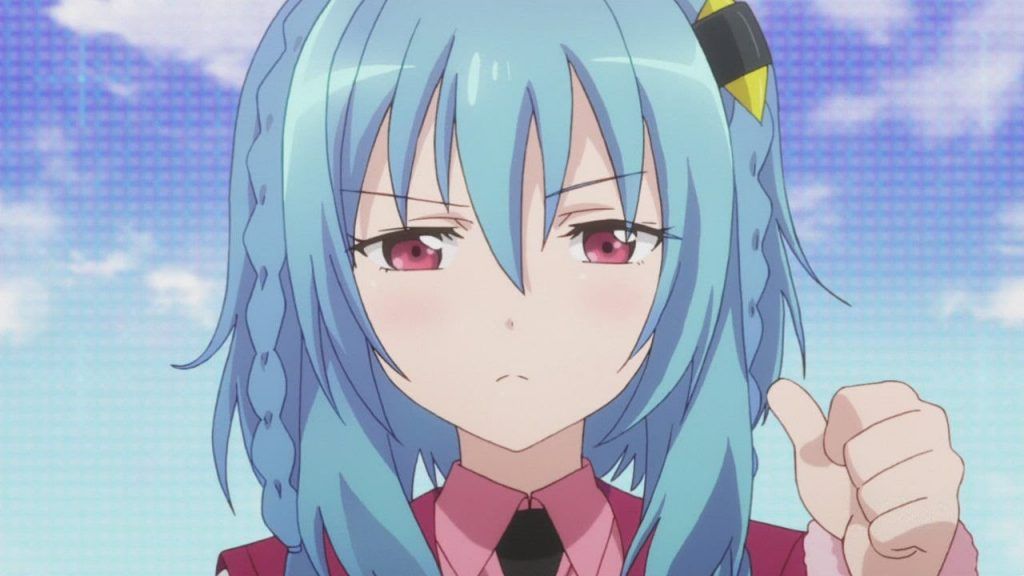 Saya from Asterik Wars is a Genki Girl who may seem sleepy and lost, but she’s extremely clever and intelligent. Her sense of direction isn’t the best, though.

She’s on this list because Saya is among the cutest anime girl with blue hair with short stature, shoulder-length hair, and amazing purple eyes. 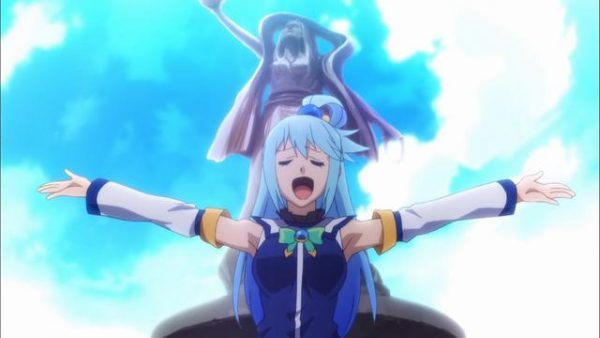 Aqua is one of the main character’s in the Konosuba anime series, she existed in her world before hoping into a a fantasy world and meeting Kazuma.

Aqua is such a gorgeous anime girl with blue hair and an amazing body. She has a busty chest, long legs, and a personality like no other. Sure, she gets into trouble sometimes, but don’t give her too many chances because she will end up in trouble. 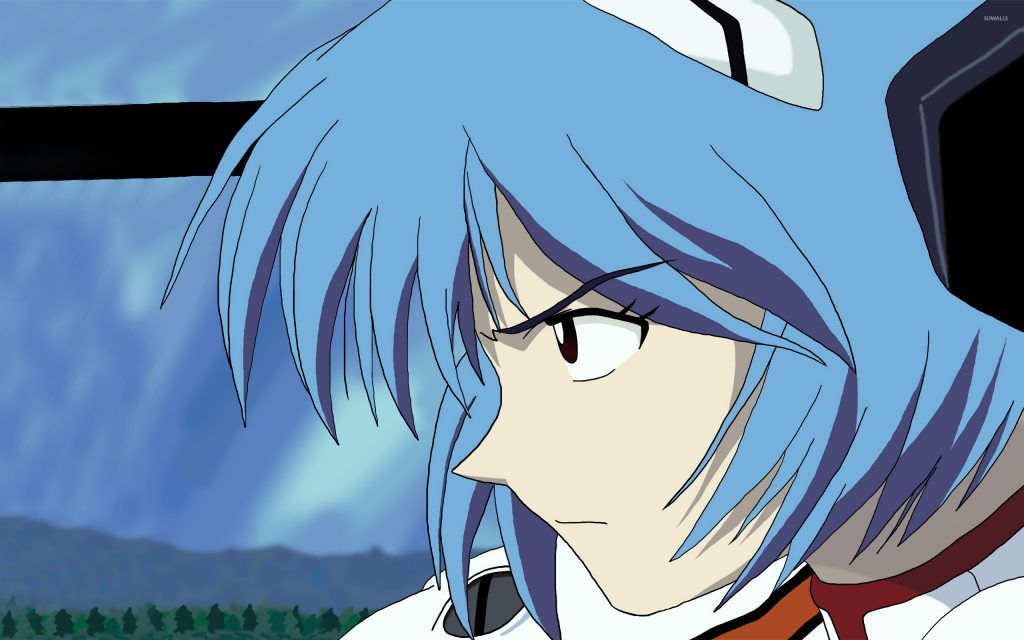 Rei is a hot anime girl with blue hair and red eyes. She can be a bit cold at first but eventually forms bonds with other characters.

It’s interesting to see how, as the series progresses, she starts to mend relationships with others and she even becomes sad sometimes. It shows her emotional side which I really liked. 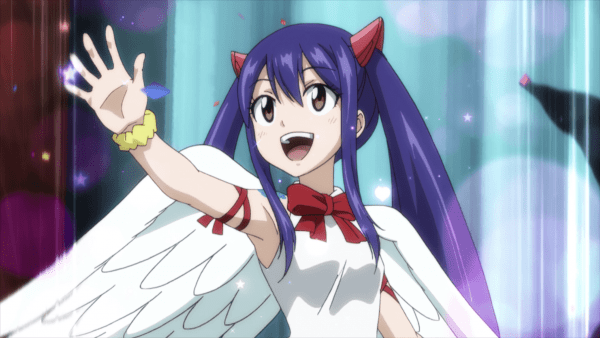 Wendy from the fairy tail anime series is a teenager whose zodiac sign is the Sky Dragon and her abilities are that of a Dragon Slayer. She has pale skin and long, and she is a pretty anime girl with blue hair. 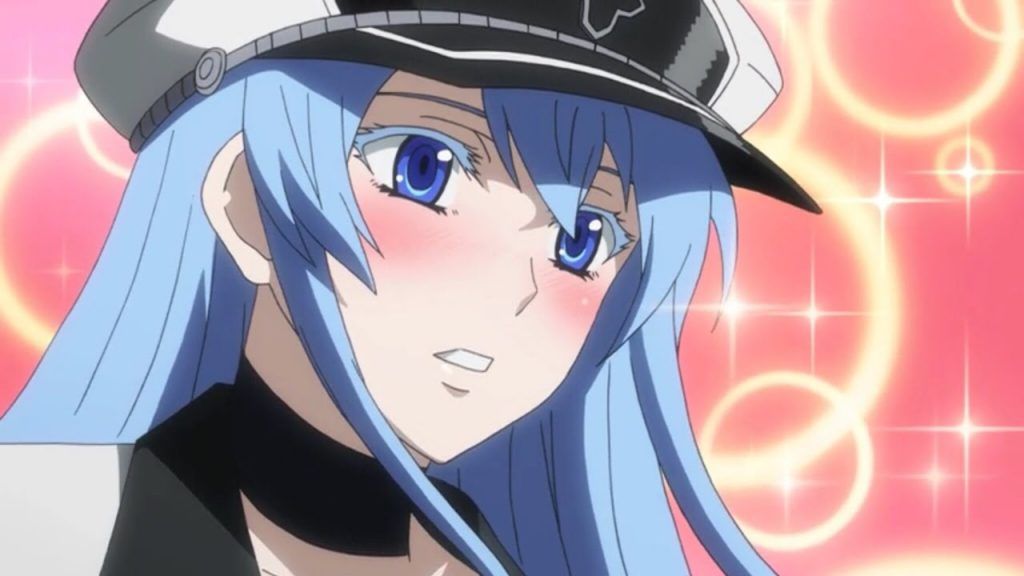 In the anime series, Akame ga Kill we have Esdeath being the captain of the Jaegers under orders from the Prime Minister. Later, she will end up falling deeply in love and becomes obsessed with the main character Tatsumi.

Esdeath is feminine, beautiful, and tall. However, her character is scary for she lacks empathy and is manipulative. But she’s still a hot anime girl with blue hair ever seen in anime history!

Medaka is the female protagonist of the Medaka Box Anime Series. She’s a freshman in Class 13, and will eventually become a council president of Hakoniwa Academy.

All of the guys in her class love her, she has good grades, and she’s a pretty anime girl who’s popular in school. She’s too perfect to be real, as a prop in a play. She doesn’t seem to have any insecurities or flaws. 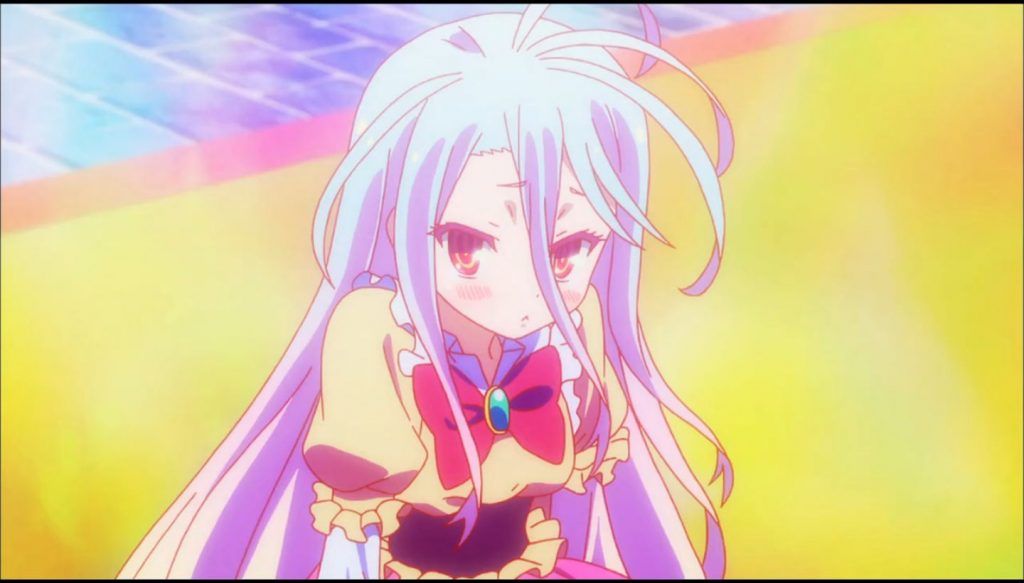 Shiro, who is the protagonist in “No Game, No Life,” is a teenager who happens to be good-looking, intelligent, and a gamer. As such her character offers an interesting contrast with her step-brother’s.

She has a colder personality than many others, but the appeal of her beauty makes up for it. She’s a very pale-skinned anime girl in complexion with messy blue hair and red eyes. 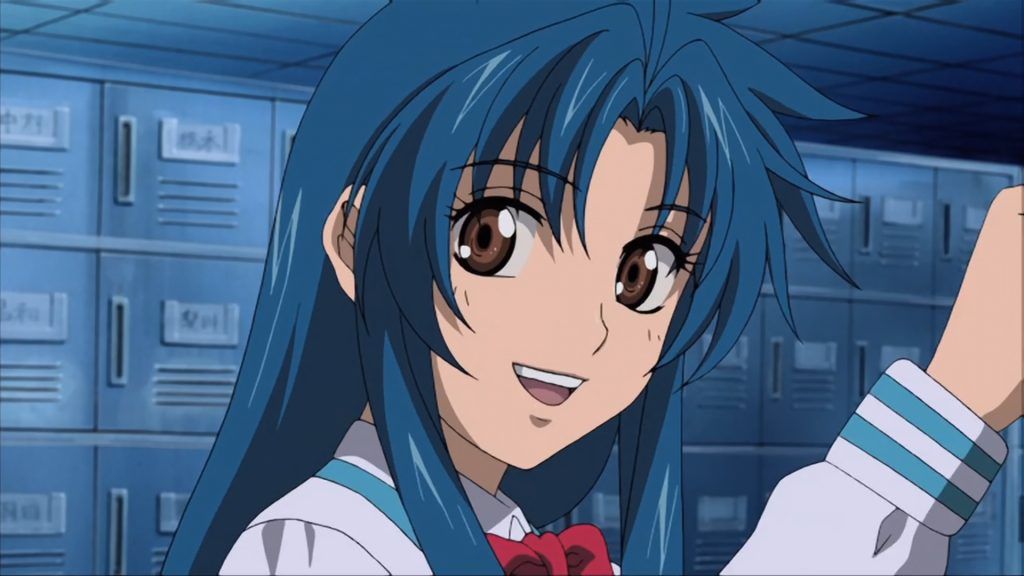 Kaname has long dark blue hair that is messed up in a red bow and amazing brown eyes. She’s without a doubt the kind of girl everyone looks up to. Her Personality: Kaname can be a little shallow at times, but that doesn’t mean she won’t defend her friends and her people. She has a very good heart and can often be found with a smile on her face.

Her personality is shown as a cheerful young girl with a lot of emotion, who’s good at caring for friends and helping them out. She is willing to sacrifice herself for the people that she loves. 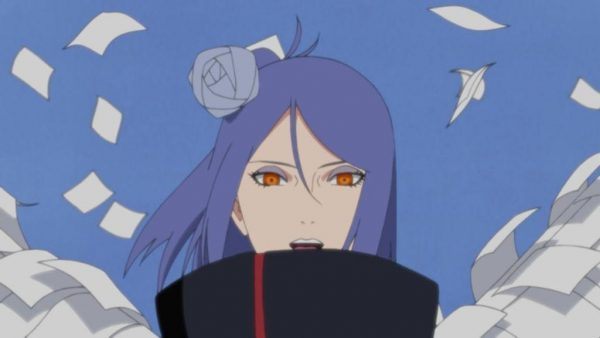 Konan from Naruto Shippuden is a smart, stoic, and calm lady with short, straight lavender hair up in a bun and pretty gray eyes. and fair skin. Konan is a member of the Akatsuki organization and was Nagato’s partner while they were in the organization.

Konan is not just a great beauty. She is also one of the strongest female characters in The Naruto Franchise, and a notable part that shaped the whole story.

Usually, people put Asuna at the top of their anime girls list because she’s undoubtedly one of the most gorgeous girls of all time with long, chestnut hair and hazel eyes.

But to revisit her, today we have a more modern form of her – the Undine Avatar from ALO. It has light blue hair and looks very different from the formal Asuna’s appearance in the Sword Art Online franchise. 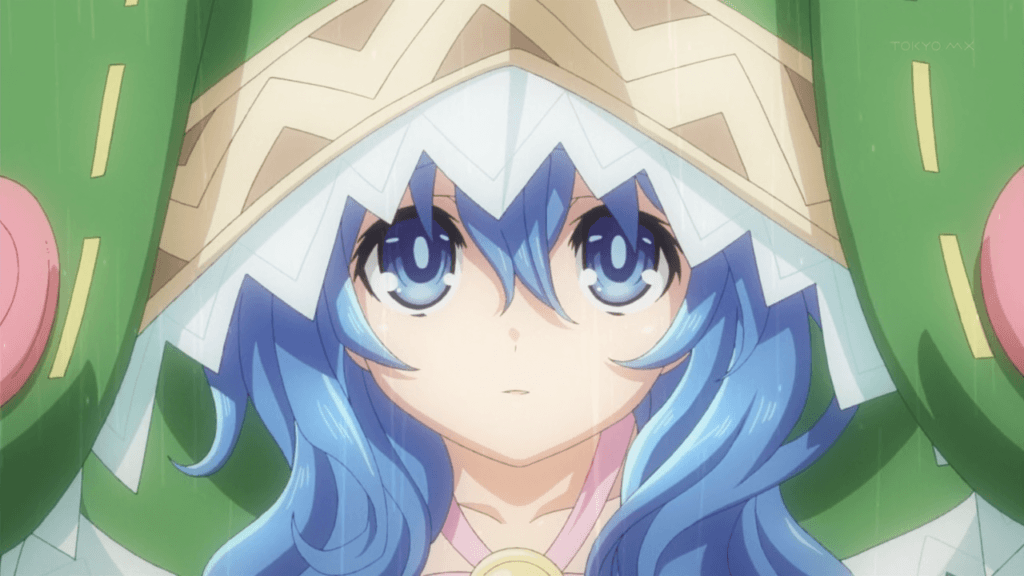 Toshino is kind and adorable. As far as the series goes, she’s one of the most beautiful spirits to appear in the Date A Live anime and manga series.

Oh my god, she is so sweet and a beautiful anime girl with blue hair, I’ve seen so far. Toshino is cute, gorgeous, and has the look of a young, with amazing blue eyes and long curly hair.

If you’re referencing anime cuties, “Fairy Tail” should be your starting point. The show is filled with lots of beautiful girls who have a range of different kinds of beauty.

The third on our top list is Juvia, a pretty female character from the anime Fairy Tail. She has Blue hair with blue streaks and blue eyes, a fair skin tone, and an irresistible slender figure. 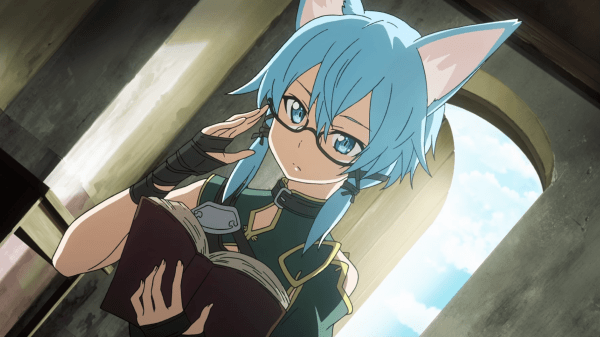 Sinon (Asada Shino) is a skilled Virtual Reality Game Player and starts playing Gun Gale Online because she wants to find out if it can help her with her trauma, which she wants to overcome deeply.

Sword Art Online’s Sinon is among the prettiest anime girl with blue hair. There are four words that best describe her, they are ‘Very Pretty, So Sweet, Calm and cool’. 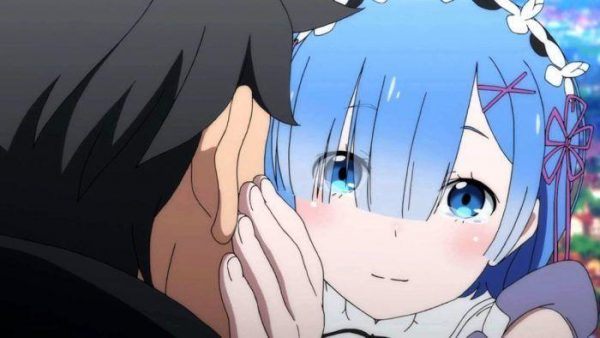 Though you might not watch the Re:Zero anime, chances are you know of or have seen Rem. She’s become popular not just because she’s one of the prettiest female characters but also because she becomes an idol for both anime and art fans.

Rem is polite, spontaneous, and has short sky blue hair that covers her right eye. She has light blue eyes and youthful features that are so kawaii.

I’m not going to say more about her in the series, but I want to encourage you to go watch Re: Zero and see for yourself. Trust me when I say it’s worth checking out.