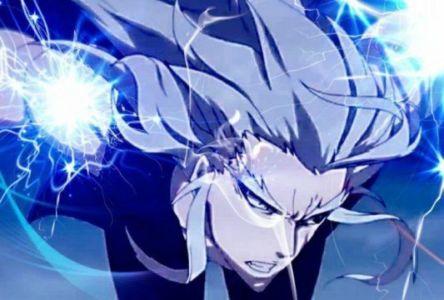 here is a new top 20 anime where the main character became evil or switch their lives to the dark path.

This is a New list of  Anime with a main character who became evil, which is compiled by Kind and Good persons who will take a different path toward darkness.

hence, only the most amazing anime series are included in this list. so we promise you that you will find pretty much-mixed genres be it romance, drama, school, action, superpower, harem, or adventure anime series.

So let’s count down our list of anime where main character became evil!

Sentan Island is a small island surrounded by the Yuden Sea.

It exists in a state of dreamlike tranquility, cut off from the war between the Northern Government and the Southern Continent Free Zone.

Our hero, Akiyuki Takehara, lives on Sentain Island along with his mother Fusa.

He is currently separated from his father, the town doctor Ryuzo, but the bond between father and son remains.

One day, after taking Ryuzo the lunch that Fusa has made for him as usual, Akiyuki arrives at school, where he is caught up in an explosion along with his friends, Haru and Furuichi.

He’s given no time to understand it, however, as the white-haired girl who rode on the bus with him guides him to a power unlike anything he’s ever known.

A girl at his school, Saeki Nanako, is his muse and his Venus, and he admires her from a distance.

One day, he forgets his copy of Les Fleurs du Mal in the classroom and runs back alone to pick it up.

Also, In the classroom, he finds not only his book, but Saeki’s gym uniform. On a mad impulse, he steals it.

Now everyone knows “some pervert” stole Saeki’s uniform, and Kasuga is dying with shame and guilt.

Furthermore, the weird, creepy, and friendless girl of the class, Nakamura, saw him take the uniform.

Instead of revealing it was him, she recognizes his kindred deviant spirit and uses her knowledge to take control of his life.

Will it be possible for Kasuga to get closer to Saeki, despite Nakamura’s meddling and his dark secret? What exactly does Nakamura intend to do with him? In 1972, the Apollo 17 mission found a hypergate to Mars on the surface of the moon.

Upon landing, astronauts discovered an enchanted utility later referred to as “Aldnoah,” giving the astronauts a status of superiority.

Soon, many humans have relocated to Mars, and have adapted to the name “Martians.”

After Princess Asseylum, a royal Martian princess, descends onto Earth in an attempt to create a treaty between both planets.

a war breaks out between Earth and Mars, and Martian soldiers begin to descend from the sky, riding steel giants, intent on exterminating humanity.

Riding the bus one day, Sakurakouji Sakura looks out the window to see people being burned alive with a blue fire and a boy her age who’s unharmed and standing over the people.

She comes back to the site the next day and there are no corpses or evidence of any kind of murder, just a small fire.

She then goes to class to find there’s a new transfer student, Oogami Rei, who looks exactly like the boy she saw before and wears a black glove only on his left hand.

Oogami is a Code Breaker, one who “does not exist”.

He is a seemingly cold-blooded killer who follows the principle of “an eye for an eye”, to “use evil against evil”.

Convinced that killing is not right, Sakurakouji sets out to stop him and penetrate his icy heart.

Read More by Clicking the Next Button 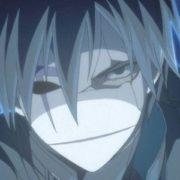