Game Of Thrones is one of the highest ranked series of all time, due to its well written story and the tools used in making it!

It was the #1 until Breaking Bad has step on it.

However, One punch man scores more votes than the both of them.

So now we are giving you 10 Best Anime Similar To Game Of Thrones. 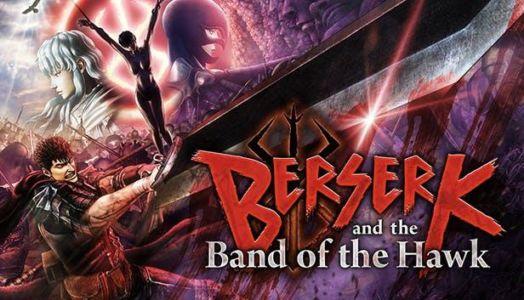 BERSERK is an anime of Kentaro Miura in  1997-2016 with 12 Episodes ,production of Millepensee, GEMBA

Now branded for death and destined to be hunted by demons until the day he dies, Guts embarks on a journey to defy such a gruesome fate.

Steeling his resolve, he takes up the monstrous blade Dragonslayer and vows to exact vengeance on the one responsible.

Also, hunting down the very man he once looked up to and considered a friend.

Along the way, he encounters some unlikely allies, such as a small elf named Puck, and Isidro, a young thief .

As the ragtag group slowly comes together after having decided to join Guts in his quest, they will face incredible danger.

CLAYMORE is an anime of Norihiro Yagi in 2007 with 26 episodes, production of  Madhouse.

When a shapeshifting demon with a thirst for human flesh, known as “youma,” arrives in Raki’s village, a lone woman with silver eyes walks into town with only a sword upon her back.

LE CHEVALIER D’EON is an anime of Tow Ubukata in  2006 with 24 Episodes ,production of  Production I.G

Floating inside a coffin, on which the word “Psalms” was written, her body had been poisoned by mercury, thus preserving decay.

According to the Church, the soul that belonged to a corpse incapable of being consumed by the soil will forever wander in the human realm, unable to go to Heaven.

This greatly affects D’Eon de Beaumont, Lia’s brother and one of the king’s spies.

However, he vows to discover by whom – and why – she was murdered. But he never expected that the one who conducting the revenge would be Lia, now possessing D’Eon’s body!

And what will the knight do when this quest might risk France itself?

GUIN SAGAis an anime of Kaoru Kurimoto in  2009 with 26 Episodes ,production of Satelight

The ancient kingdom of Parros has been invaded by the armies of Mongaul, and its king and queen have been slain.

But the “twin pearls of Parros,” the princess Rinda and the prince Remus, escape using a strange device hidden in the palace.

Lost in Roodwood, they are rescued from Mongaul soldiers by a strange leopard-headed man, who has no memories except for the words “Aurra” and “Guin,” which he believes to be his name.

Arslan Senki one of the 10 Best Anime Similar To Game Of Thrones of Yoshiki Tanaka in 2015 with 25Episodes ,production of SANZIGEN, LIDENFILMS.

In the first part, after Arslan’s father, King Andragoras III, falls victim to a treacherous plot he neighboring nation of Lusitania took Pars

After barely escaping with his life, Arslan rejoins his loyal servant, Daryun.

However, only few companions backed him up, including:

Also Farangis, an aloof, cold priestess, and Gieve, a travelling musician and con-man.

Arslan stands against overwhelming odds to assemble an army strong enough to liberate his nation from the Lusitanian army.

“Silvermask”, is another contender to Pars’ throne.

In the second part, Arslan, as the king of Pars, is defending his country against several external threats, and addressing the needs and hopes of his subjects.

Top Animated Movies 2017 List Here, we've put together a collection of the 10 top…

Gore Anime: The 20 Best Horror Series That Are Good And Scary

Gore Anime: The best scary and horror anime series that adult fans should watch What…

Top 11 School Anime Where The Main Character Is An Overpowered Transfer Student Welcome everyone,…