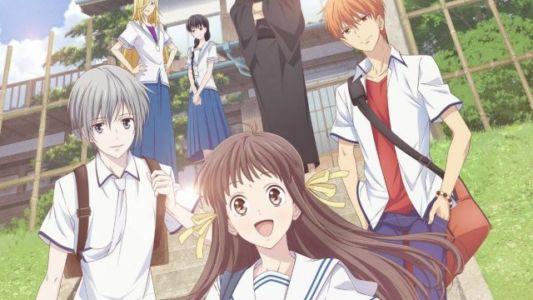 The classification of “slice-of-life” classification is one of the strange categories of anime that cannot be definitively confirmed if the anime belongs to it.

slice of life theme is considered anime tv series that both adults and children can enjoy at the same time, because they offer attractive elements for the two age groups, whether by representing real-life or referring to it, or through the ideas included in the anime, which are often kind to the viewer and affect him at the same time…

I chose for this list a group of life slice animations, from different sub-categories, and I tried to pick the best from each classification, such as the best out of romantic, comical, drama, supernatural anime series, and so on … 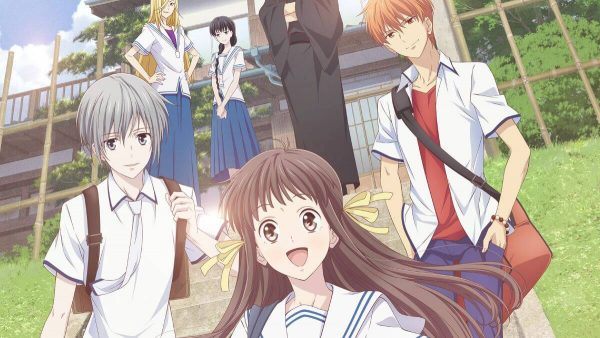 2019 remake of a celebrated shoujo manga series. Fruit Basket stars Tooru Honda, a female student who is left homeless after a family tragedy. One day, she stumbles upon the home of the wealthy Souma family and through interactions with them discovers that they turn into animals from the Chinese Zodiac when they are hugged by members of the opposite sex. watch the romantic and comedic adventures of Tooru and the Souma family. 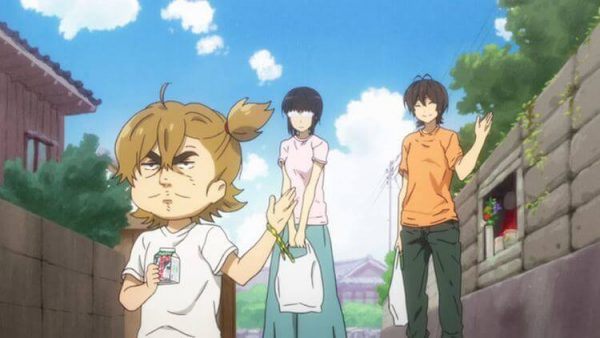 Young and hotheaded calligrapher Handa Seishu, who is sent to the Goto Islands as a punishment for punching a famous calligrapher that critiqued his work. On this rural island, the city boy must adapt while developing his art style. This proves to be difficult as he is obstructed by a variety of eccentric neighbors. Barakamon doesn’t have an overarching plot beyond this basic setup, but it proves to be funny and heartwarming nonetheless. 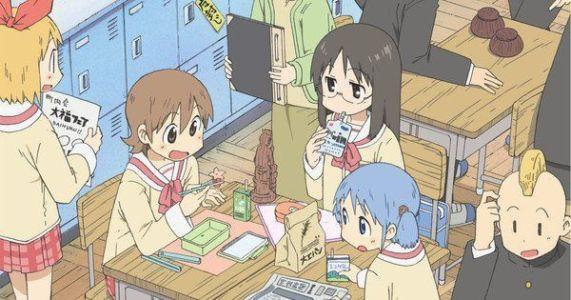 This comedy focuses on the daily activities of a group of high school students. What makes this show unique is its stand-out art style, quirky humor, and a large ensemble cast. While it features a trio of childhood friends, and a scientist and her robot caregiver, there is a lot of screentime devoted to side characters. Every episode is made up of a series of moments from the daily lives of these characters, and it turns out to be an entertaining formula. 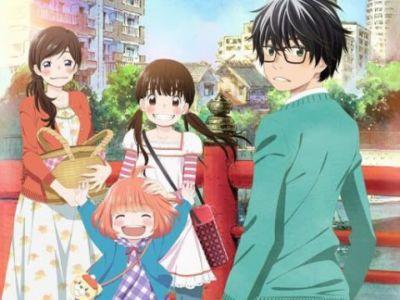 March Comes In Like A Lion’s main character Rei Kiriyama is a reclusive and isolated person who avoids seeing others. Despite being a professional shogi player, Rei lives a listless life – one that is shaken up by the Kawamoto Sisters when they welcome him into their warm family environment.

This show’s slow pace and careful character study make for a slice-of-life anime that leans more on the drama than the comedy.

6. The Disastrous Life of Saiki K 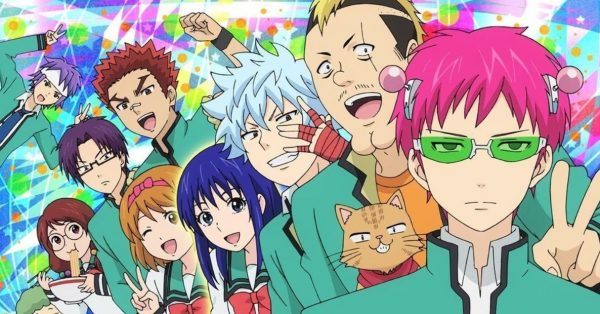 The Disastrous Life of Saiki K is a slice-of-life anime tv show that is about Kusuo Saiki, an incredibly powerful psychic whose powers let him do almost everything, besides getting some peace and quiet. Throughout the show, Kusuo goes out of his way to try and lead a normal life – though it rarely works out that way. Whether it’s Shun’s chunnibyou tendencies or Teruhashi’s love, Kusuo constantly ends up hilariously playing the straight man to their antics. 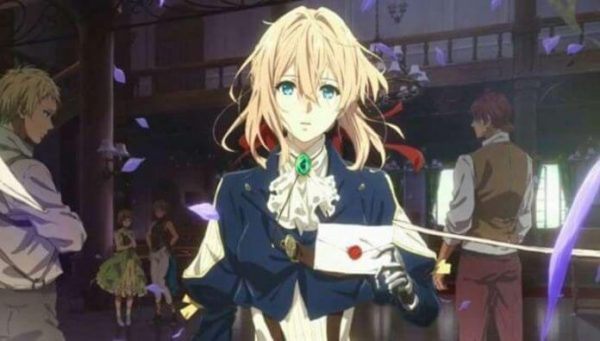 Violet Evergarden is a gorgeously animated show, with a quality that rivals some of the best ranked anime out there. The plot takes place in the aftermath of a bloody war, one in which our protagonist Violet played a violent role. After being seriously injured in a fight, she starts a new life working at a postal services company, where she becomes an Auto Memory Doll, transcribing people’s thoughts and feelings onto paper. 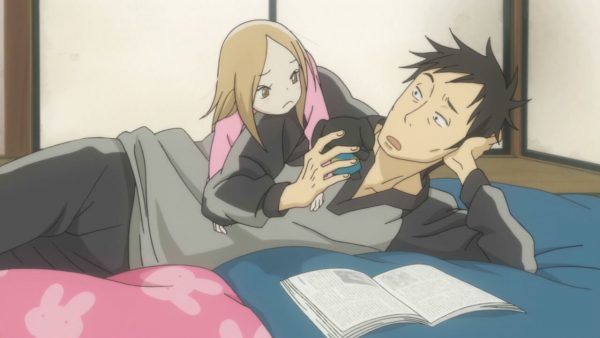 Usagi Drop is another good slice-of-life anime series that depicts the story of a bachelor learning how to raise a child. 30-year-old Daikichi Kawachi ends up as the guardian of the lovable Rin after his grandfather passes away, leaving a surprise in the form of an illegitimate daughter. Daikichi is the only one in the family who doesn’t shun her as an embarrassment and so he ends up playing the role of the father figure in her life. The show takes a measured approach to this set-up, that can only be described as heartwarming. 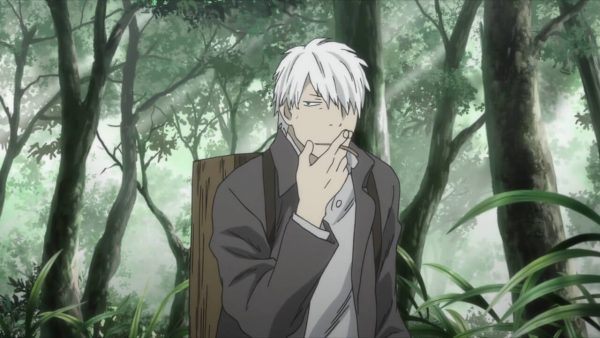 An episodic slice-of-life anime shows that you won’t ever forget about! following the life of Mushishi Ginko, Mushishi Zoku Shou is a continuation of a classic that aired in the mid-2000s. Ginko travels throughout the fantasy landscape, helping normal humans adapt and live with magical beings called Mushi. The show’s segmented nature works to its advantage as each episode tells a satisfying story while giving us a glimpse into the lives of its characters. 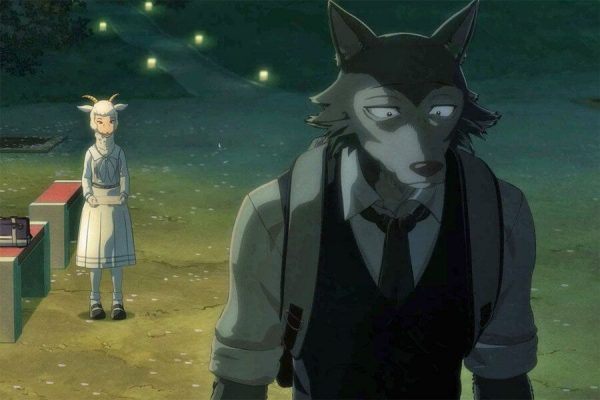 Beastars is a slice of life anime story that takes place in a modern world where animals co-exist uneasily, divided up between herbivores and carnivores. After the death of his alpaca friend, grey wolf Legoshi meets a small rabbit called Haru for whom he begins to develop complicated feelings. This show deals heavily with prejudice and human (animal) nature while also creating an interesting world that viewers will find themselves drawn into. 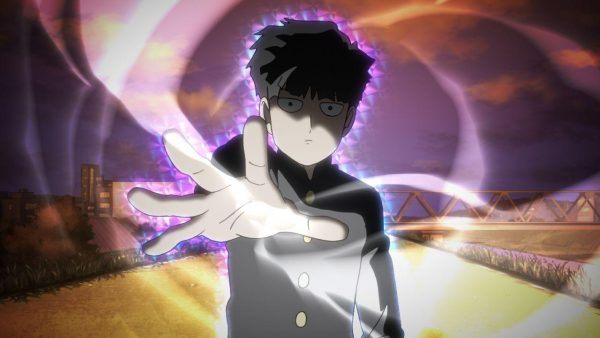 No only a slice of life series, but Mob Psycho 100 is must watch action anime tv shows that features Shigeo “Mob” Kageyama, a powerful psychic who chooses not to use his powers unless necessary. Working with the con artist Arataka Reigen, he exorcises evil spirits. Though these ingredients seem to be the formula for a dramatic show, there is plenty of time devoted to ordinary life and everyday pursuits. There is also a lot more fighting than in your typical slice of life show.

Read Also: The Best Sports Anime Series of All Time to Watch