The anime industry is returning in the summer of 2020 with strong and distinguished works, whether new releases or even parts of previous anime. New, long-awaited seasons, films released for the first time by prominent businessmen and directors… On your website “BakaBuzz” we are reviewing the 13 best anime coming in the summer 2020 season, so let’s start: 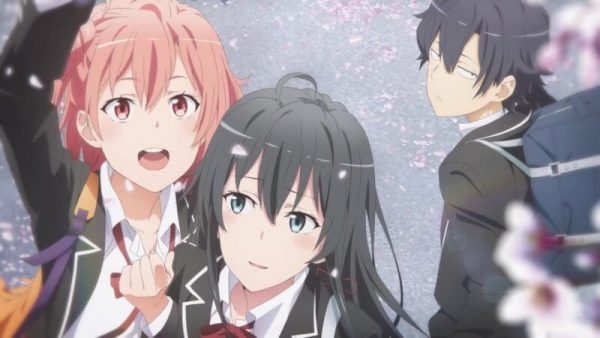 The story takes us into the daily life of Sakurai Shinichi, a young university student of a calm and calm nature.

The latter only wants one thing: to have a little peace and tranquility.

Unfortunately for him, Uzaki Hana, a second-year student, will compromise his tranquility by teasing him daily. 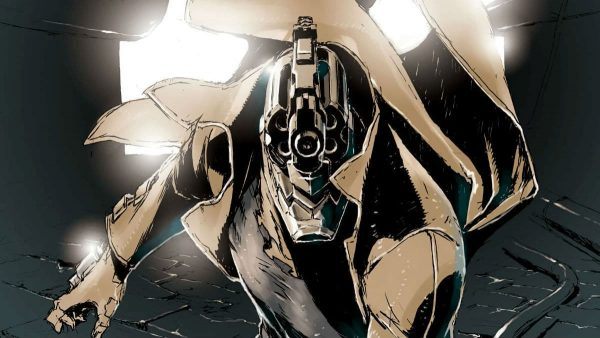 This tells us a dangerous journey that you can enjoy in the summer of 2020.
With ‘Inoue Gozo,’ a man whose head was replaced with a giant pistol! He has no memory of his previous life, or who did that and why.

Inoue now lives in the dark streets of the city as an analyst, taking into account situations involving the spanners.

Where everyone seems to want to take it, from the street villains to the big company “Pororin”. 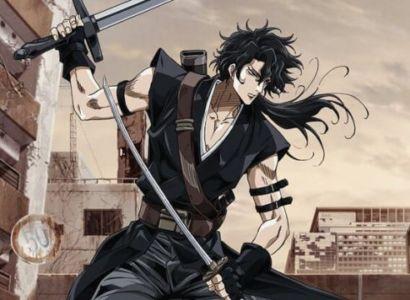 Gibiate is among the best summer anime to be released on July 15, 2020.

It tells us that people infected with a virus called “sinusoid” become different forms of monsters based on their age, gender, and ethnicity, and the virus is called.

Samurai “Sensoy Kanzaki” and Ninja “Sanada Kinroku” face constant attacks from injured people who have become monsters, and outlaws who attack to search for food.

As for the doctor, “Fonda Katherine”, she is trying to find a cure for the “sinus” virus. 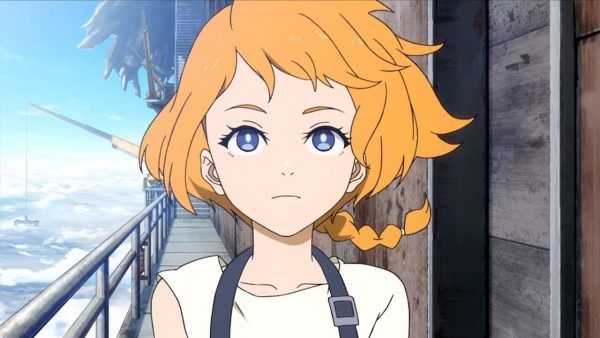 The humans who survived now live in a 3000m high mobile castle called “Deca-Dence”, and it was designed to protect them from the threat of “Gadur”.

Deca-Dence residents are divided into two groups, gears, who are warriors fighting the “Gadur” daily. Carriers, people who do not have combat skills.

One day, Natsume, a transporter girl dreams of becoming a cog, meets Kapuragi, an armor repairer.

Two people with opposite thinking, the girl with a positive attitude and who never gives up on her dreams, and a real man who has given up his dream, their meeting will ultimately shake the future path of this world. 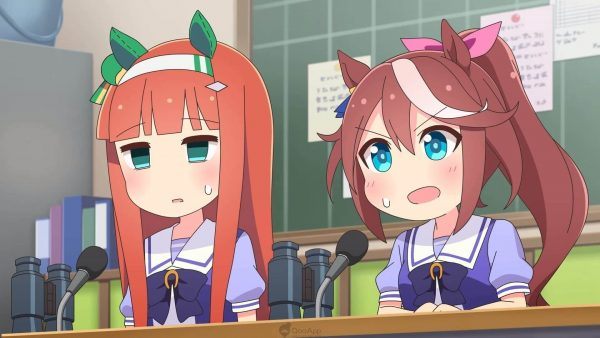 In this rank, we find Umayon, which is one of the best summer series to be released on July 7, 2020.
It’s a “pop” and cute everyday anime based on the 4-koma manga featuring the characters from Uma Musume: Pretty Derby. 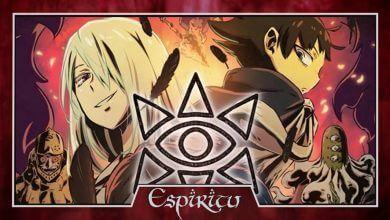 Are you a victim of an unwanted spirit? Is there a ghost that you need to send away to the sky?

If the answer is yes, you need “Mohiyo” and “Rogy”, experts in magic laws. Serving justice for evil spirits is their specialty.

6. The God of High School

The story centers on Mori Jin, a 17-year-old young man specializing in art called re: taekwondo and above all trying to become the strongest.
Daewi Han a karate expert whose friend is hospitalized and Mira Yu-Ssi a saber expert seeking to enrich her family.

One day, different emissaries come to meet them in order to offer them the opportunity to participate in a tournament in which the winner’s wish will be fulfilled whatever it is: The God of High School. These emissaries also seem to have a strange force that intrigues most of the participants.

The heroes will quickly realize that there is something strange in this tournament. 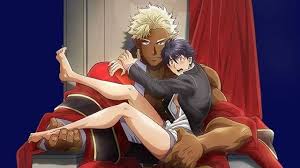 While Kouichi was resting in his room after his basketball game, he was suddenly summoned to another world.

He then appears in front of Kaius, the first prince of the kingdom of giants.

Very interested in what he sees, Kaius decides to make Kouichi his fiancé and hopes that the latter … gives him a baby!

4. The Misfit of Demon King Academy 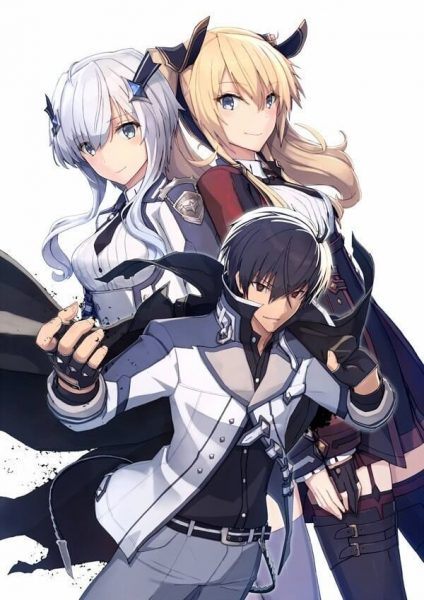 After 2000 years, the demon lord, having the capacity to destroy humans, elementals and gods, has just been reincarnated!

After a period of wars and conflicts, the master of demons “Arnos” became sick and tired of all that and yearned for a world of peace, so he decided to materialize in the future.

But what awaits him after his incarnation is a world so accustomed to peace that his grandchildren have become so weak due to the great weakness of magical powers. 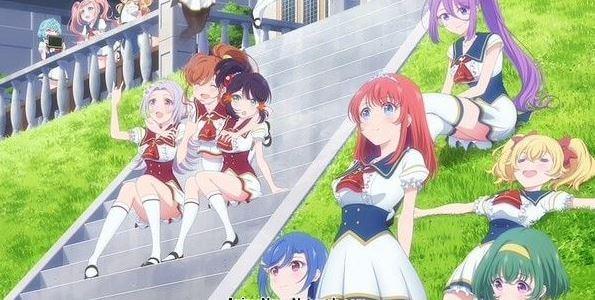 The events take place in a fictional world where girls study to become artists, combining the powers of music and magic.

2. Enen no Shouboutai: Ni no Shou 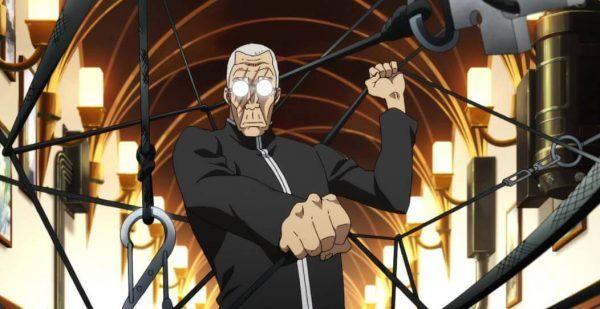 While the inflamed form the first generation of human combustion, the second and third generations have become known as “Pyrokinesis”. They are talented people with the ability to control and manipulate their fire.

To combat the threat of the inflamed and discover the cause of this, the Tokyo Armed Forces, the Fire Protection Agency and the Holy Seoul Church have released the solution, Special Fire Forces.

In a world on the brink of a major catastrophe that started five years ago, with a device called “HxEros”, the deviation and sexual power to save the planet from monsters devour sexual desire!

One day, the two friends, “Enjou Retto” and “Hoshino Kirara” fell into a battle against the “insect of censorship” that nourished the human sexual energy for development.

After conquering the enemy, they join a group of heroes like them, who use sexual power through “HxEros” to fight monsters.

Introduction: School Anime With OP MC Hello Anime fans, here is a list of some…

10 Naruto Couples and Pairings   First of all, we are not focusing on General…

28 Best Anime Boys Who Will Steal your Heart

The Best anime boys of all time: The top 28 male anime characters/guys with whom…