Today we are depicting the best Anime series where the MC is a bad Boy who will became good as the anime progress.

This kind of anime series are really hard to find or to be searched by genres.

So, thats why we are digging deep in order to give this given anime-themed list, if you are into watching bad boy life style, that will change later into becoming a good one due to some events, incidents, or people who will make them change.

So, let’s countdown our 10 Anime Series Where Bad Mc Become Good as The Anime Progress. 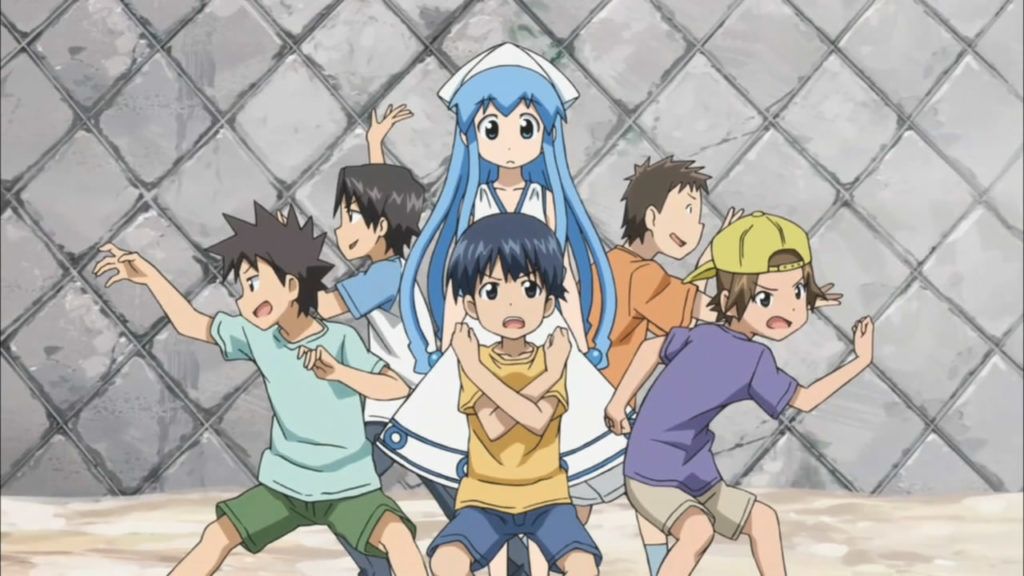 Ika Musume, is an evil monster who came out From the depth of the seas, she can take over the human world.

Furthermore, Ika is Known to be ruthless, menacing, or She’s… an adorably non-threatening little girl who makes an awesome squid-ink spaghetti?

Hence, Her aim is to punish humanity for polluting her waters.

So, with Ika Musume’s skills, it is obvious that she won’t have any trouble invading Earth.

But, Unfortunately she meets the Aizawa sisters, who immediately bully her into working as a waitress in their restaurant.

Therefore, Ika Musume decides to take this opportunity to learn more about the human world, having weird adventures, encountring strange beings, while dominating the world is always on her sight.

Will Ika Musume be able to punish the human race that had wronged her? Or will she learn to enjoy the company of these foolish sisters and let down her mission? 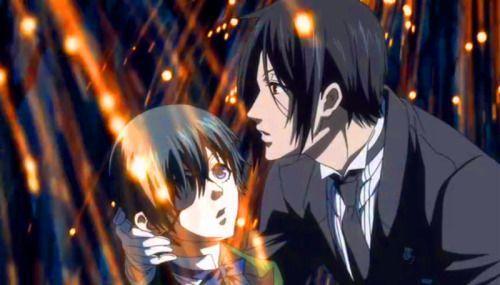 Young Ciel Phantomhive is known as “the Queen’s Guard Dog,” taking care of the many unsettling events that occur in Victorian England for Her Majesty.

In Ciel’s past lies a secret tragedy that envelopes him in perennial darkness—during one of his bleakest moments, he forms a contract with Sebastian.

He is a demon, bargaining his soul in exchange for vengeance upon those who wronged him.
Today, not only is Sebastian one hell of a butler, but he is also the perfect servant to carry out his master’s orders.
all the while anticipating the delicious meal he will eventually make of Ciel’s soul.
As the two work to unravel the mystery behind Ciel’s chain of misfortunes, a bond forms between them that neither heaven nor hell can tear apart. 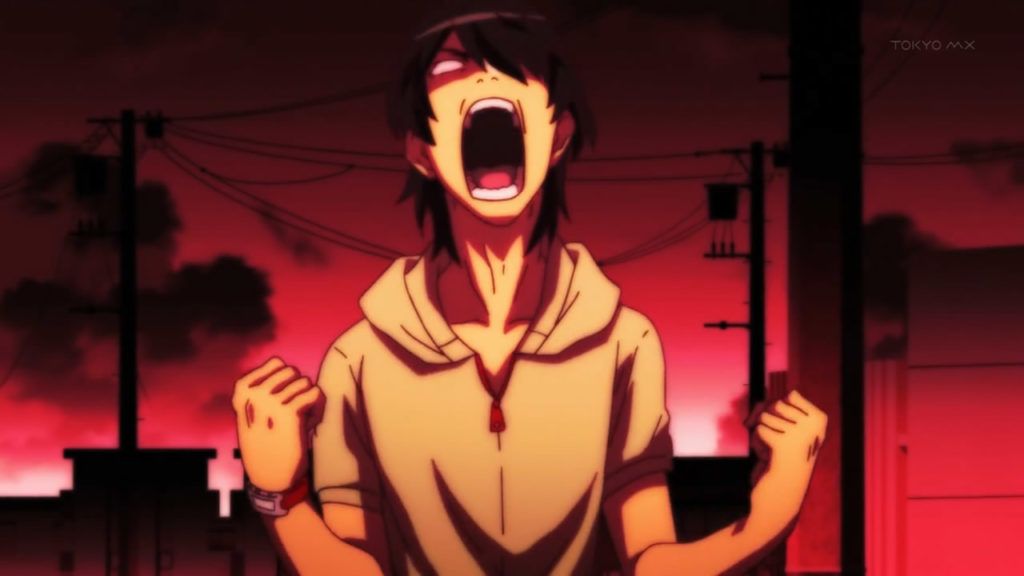 Koyomi Araragi, is a lucky student, who manages to survive a vampire attack with the help of Meme Oshino, a strange man residing in an abandoned building.

his normal life will turn upside down, when he found out that several side effects such as superhuman healing abilities and enhanced vision still remain, eventhough he escaped the vampirism attack.

Regardless, Araragi tries to live the life of a normal student, with the help of his friend and the class president, Tsubasa Hanekawa.

Furthermore,  oneday Araragi caught Hitagi Senjougahara whi falls down the stairs, then he realizes that the girl is unnaturally weightless.

Hence, The series is showcasing Araragi as he tries his best to help those who suffer from supernatural maladies.

Almost all of the Academy city’s population consists of students harnessing their psychic powers as espers in various institutions.

Touma Kamijou, is one of those students, but he is in the lowest psychic rank of zero, because he possess a mysterious ability that no scientist can understand.

His Power is “Imagine Breaker,” and it’s and ability that allows him to negate other supernatural powers.

However, Kamijou’s life seems normal, as he doesn’t care and is playing his role as a normal school boy.

But, his life will turn upside down when he meets the strange Index Librorum Prohibitorum.

this girl have the entirety of the forbidden grimoires in her memoir, and now a dangerous organization is hunting Index down.

With several magicians chasing the girl, Kamijou is willing to defend his new friend at all costs, while discovering a strange new realm of the supernatural. 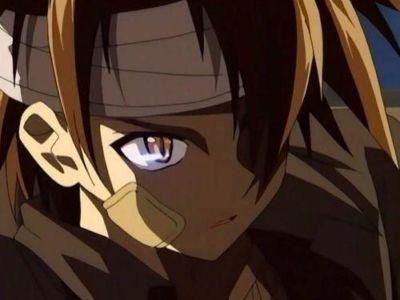 Black Cat is an old anime that revolves around Train Heartnet, who is an infamous assassin with no regard for human life.

Donning the moniker “Black Cat” in the underground world, the elite killer works for the powerful secret organization known only as Chronos.

Hence, One gloomy night, the blasé gunman stumbles upon Saya Minatsuki, an enigmatic bounty hunter, and soon develops an odd friendship with her.

Influenced by Saya’s positive outlook on life, Train begins to rethink his life.
Furthermore, Deciding to abandon his role as the Black Cat, he instead opts to head down a virtuous path as an honest bounty hunter.
However, Chronos—and particularly Creed Diskenth, Train’s possessive underling—is not impressed with Train’s sudden change of heart and vows to resort to extreme measures in order to bring back the emissary of bad luck.
This assassin turned “stray cat” can only wander so far before the deafening sound of gunfire rings out.
Read Also: The 10 Exciting Romance Action Anime Series With an OP MC 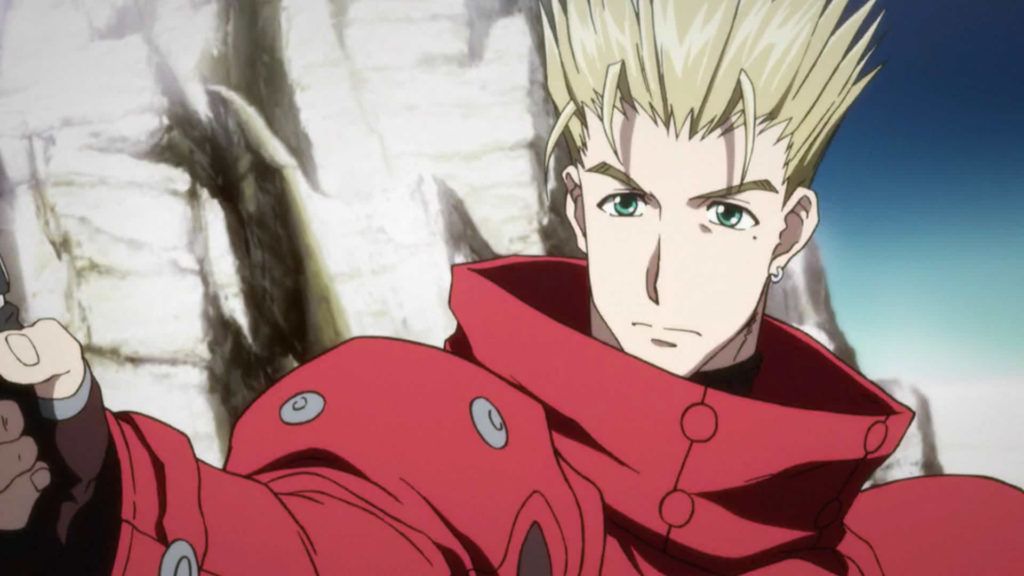 Old but Gold, Trigun is one of the best anime series of all time!

The reason: he’s a merciless villain who lays waste to all those that oppose him and flattens entire cities for fun, garnering him the title “The Humanoid Typhoon.

” He leaves a trail of death and destruction wherever he goes, and anyone can count themselves dead if they so much as make eye contact—or so the rumors say.

With his crazy doughnut obsession and buffoonish attitude in tow, Vash traverses the wasteland of the planet Gunsmoke.

All the while followed by two insurance agents, Meryl Stryfe and Milly Thompson, who attempt to minimize his impact on the public.

But soon, their misadventures evolve into life-or-death situations as a group of legendary assassins are summoned to bring about suffering to the trio.

Hence, Vash’s agonizing past will be unraveled and his morality and principles pushed to the breaking point.

Here are the 10 Best Anime with Hip Hop Themes Hey everyone, and welcome back…