Anime Series that are just Like One Punch Man 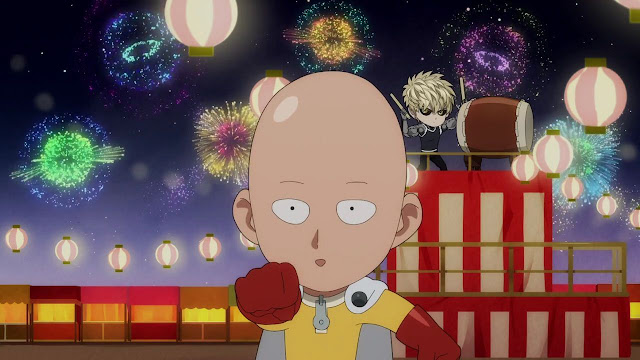 Undoubtedly, One Punch Man is one of the best anime series of all time!

it’s enough to say that One Punch Man on IMDB,  is more popular that Breaking Bad and Game of Thrones.

we have already knew that One Punch Man will get another season, but untill then it seems hard to wait.

Well, here is a List of Some Anime series that are Pretty much like One Punch Man in more than one aspect.

Keep in mind that One Punch Man Anime is pretty unique.

Furthermore, we have to admit that There is no such OverPowered main character Similar to Saitama. 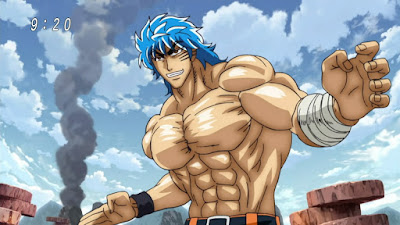 A man with inhuman skills to capture the ferocious, evasive and rare animals to complete his ultimate dinner course and then the chef Komatsu.

his current accomplice: a weak timid person who was inspired by Toriko’s greatness and accompanies him on all his journeys on his quest for the course of his life.

This Anime is just like one punch man, as it Reminds me of Genos and his resolve to follow Saitama all the way  after being inspired by him.

Tatsumi Oga is “the strongest juvenile delinquent”, he is a first year student in “Ishiyama High” the school for delinquents.

One day while sleeping next to a river he sees a man floating down it, he pulls him to shore and the man splits in half revealing a baby boy.

This boy is the son of the demon king and he has been chosen as the one to raise it with the baby’s demon maid Hilda.

The child power has made the delinquent Tatsumi Oga more powerful and he always win almost all battles without making an effort specialy when he emerges wit bab’s demon.

The anime is full of action, comedy scenes. and is just so like one punch man, so you have to check this out.

Sternbild City is home to people called “Next,” who use their special abilities to protect the people as superheroes.

These heroes solve cases and save lives so they can wear sponsor logos or acquire “hero points.”

Their activities are documented on the popular program “Hero TV,” which picks the “King of Heroes” in a yearly ranking.

The veteran hero Wild Tiger has always preferred to work alone, but now he’s been assigned the rookie Barnaby Brooks Jr., who has a different perspective on being a superhero.

Read Also: Anime Like The Rising of The Shield Hero

Devil King Sadao is only one step away from conquering the world when he is beaten by Hero Emilia and forced to drift to the other world: modern-day Tokyo.

As “conquering the world” are the only skills the Devil King possesses and are obviously unnecessary in his new situation he must work as a freer to pay for his living expenses!