Second Season of Dagashi Kashi Anime, is taking part in the Current Top Anime of 2018.

I believe in that smile. Even if you don’t have a soul. 2105 A.D. Japan The humanoid android hiE became part of people’s lives and was handling the things a human could and couldn’t do. Endou Arato, unlike his friends Kenko and Ryou who hate hiE, felt sympathy for hiE which is supposed to be just objects. One night, Arato suddenly gets assaulted by mysterious falling cherry blossoms that make hiE and machines run havoc. Will the cornered Arato be saved by the mysterious hiE Lacia…(Source: Analyst)

The story of the light novel series and manga follows a 29-year-old programmer who is on a “death march,” but one day he wakes up in another world after a nap. From a meteor shower, he happens to gain vast riches, and he decides to go sightseeing. So begins his “heartwarming, occasionally serious, and harem” adventure in another world.(Source: ANN) 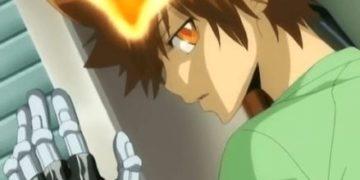 Our Best Anime Series that Need a Sequel