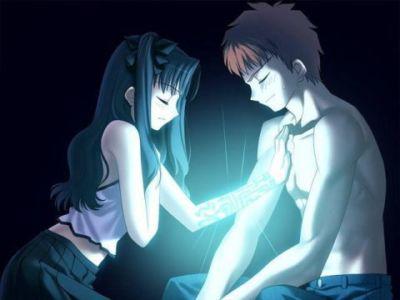 The 10 Best Anime Couples of All Time That Shared Love and War.

what I mean is that these couples really went through a lot of hardships, pains, and insane battles. in order to live in peace with their beloved ones.

So, Just Imagine anime without any romance! but Imagine Romance Without Problems Boring isn’t it?

Also, who do you think rank best is this top list of being the best and lovely pairings that shared pain and love?

Keep in mind that, by checking out these Anime Couples, you will also get a ten Romance, Action Anime List to watch!

Hence, it’s really something like killing two birds with one stone. Himiko and Sakamoto meets up in the online game Btooom! where their true identities are hidden.

They became very close and soon married each other in the game.

in the game they will both be trapped, and will tries their best in order to survive and get out from the island game.

Ryōta will promises Himiko that they will leave the island together and begin a normal life as a couple.

9. Yūji and Shana (Shakugan no Shana) Shana’s main social interest is Yūji, whom she sees as her love interest.

Her relationship with Yūji is one of the driving forces of the series.

wShe sees Yūji’s actions as something wrong, decides to fight him, only to be defeated by him.

While in captivity, she fears Yūji, and refuses to be touched or held by him, a fact that Yūji cannot understand nor comprehend.

Later in the series while fighting Yūji, she finally tells Yūji that she loves him.

Read Also: Anime Couples Who Endured and Suffered so much For Love

8. Reiji and Eren  (Phantom: Requiem for the Phantom) Desperate to escape, Reiji hides in a building. However, Eren,  a young woman named Ein, and the leader of Inferno “Scythe Master” captures the tourist and brainwashes him.

He goes by the name “Zwei,” and now he is a puppet of Inferno with no memories.

Drawn into a world of lies, deceit, and violence, Zwei will get closer to Ein and starts a relationship.

They must fight to survive, hopefully to one day regain their memories and escape from this world surrounded by death. Inori is an interface for Mana made by GHQ to “contain Mana’s mind”.

After meeting and living with Shu, Inori gradually becomes more emotional, smiling a lot more and even showing embarrassment when she gets too close to Shu.

Inori is often shown not to understand her own emotions, to the point that she has to be directly told by Gai that she loves Shu.

Overtime, she becomes a much friendlier and more open person, not only to Shu, but to everyone around her. A lot of Berserk Scenes highlights Guts undying love and devotion for Casca.

Even though she is in a state where she cannot return it to him.

It was beautiful thing to see Guts and Casca’s affection grow for each other.

Furthermore, Their love makes them One of The Saddest Anime Couples Ever.
Yeap, They do have true love. However, it’s not that easy to find happiness, as they’re constantly in war!
Thanks to a certain Griffith, Who uses his jealousy of Guts and Casca as an excuse to kill anyone. Rin’s relationship with Shirou is jumping between comrades to rivals and vice versa.

Rin secretly love Shirou and she is attracted to his stubborn attempts to finish a high jump that no one had a chance of doing it.

Later, They became aware of their mutual attraction which developed into love; especially when they had to team up after Archer’s betrayal.

At the end of the route, the two would officially start a romantic relationship and eventually move to London where he becomes her assistant at the Mage’s Association.

Read Also: Cutest Naruto Couples and Pairings of all Time Despite the war, arguments, and obstacles in their relationship, ranging from overbearing jealously and impulse to just pure stubbornness on both parts.

Inuyasha and Kagome’s feelings for one another are strong and pure as it shows they both care a great deal for each other.

The series shows that this lovely pairing are able to overcome just about anything and along the way, the stronger their love.

Rem used to think of herself as inferior.

But, After Subaru saves her, she falls deeply in love with him, becoming one of his most loyal followers.

Rem vows that she will stick with him no matter what happens, even if Subaru rejects himself. Asuna and Kirito is a cute couple and one of My Favorite Anime pairing of all time.

Being stuck in a video game that murders people for real who die in the game.

So kirito and Asuna will see hell in their suicide adventure inside the game.

but still, they are lucky to find their love in it.

this love will make them stronger, care for and protect each other.

they went through a lot of harsh and bad situations but in the end, love prevails. NaruHina is the word used to describe the love story between Naruto Uzumaki and Hinata Hyūga.

First of all, Hinata is a shy gorgeous, and a brave ninja who won’t give up! She had a role model and she wants to walk with him.

And is often ready to break away from her normal, and shy personality in order to help Naruto.

She also becomes more assertive for him and also doesn’t hesitate to defend him, even to himself.

Moreover, Her pure feelings and deep love for Naruto are one of the driving forces in her self-improvement.

Later, Naruto and Hinata gets married and have a son and daughter. she refers to Naruto as anata.

Hence, as a housewife Hinata often makes bento lunch boxes for Naruto to eat which he often miss out due to his job. 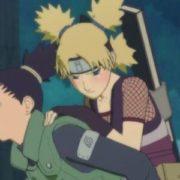 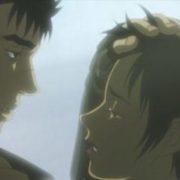