Police Anime: The 19 Best Anime about Cops To Watch

Here are The Best 19 popular Police Anime Series of all time To Watch Now!!

Anime about police and cops, may not be a famous genre in anime, but if you are running out of shows to watch! you definitely should check this list, as you are about to stumble upon titles you never heard of.

Police and Cops have inspired many of us since these characters are sort of heroes, who are usually ready to put their life on the line in order to fight organized crime, drugs, violence, and other illicit activities.

Police have inspired many Hollywood movies, TV series, and of course, Japanese anime series. As a result, we’ve compiled a list of the best police anime that explore these peacekeepers’ stories, from their family bonds to standing against illicit activities.

Anime is a comedy based on police officers, taking place in Tokyo in 2023. Due to changing internationalization and expanding trade in society, the dark side of social changes as well.

Criminals have become more violent, and their organizations are getting bigger because of this, then peace and security are getting worse. The government finally took it seriously by introducing an innovative system. Criminals are now handled by an outlaw police force made up of a criminal team of female elite warriors. 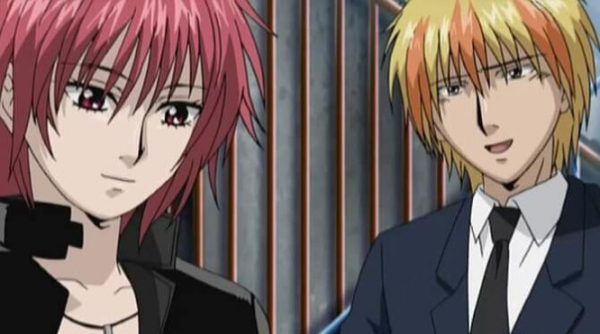 Five years after the Machida massacre, in which his parents suffered such a terrible and inexplicable death, Shindô made the decision to join the police in this anime. Assigned to the Shibuya sector, he was soon confronted with savage murders, linked to worrying individuals with superhuman force. These zombies are eliminated with the saber by Tokkô, a young girl belonging to the special section of national security.

This is a good police anime series to watch, which is set in a futuristic world, where the Tokyo police, like many industrialists, use giant robots called Labors. As the city is on the way to becoming a new Babylon thanks to the massive use of these Labors, the government is seeing more disturbances by giant robots that are putting the population at risk.

The new operating system created by the very powerful Shinohara corporation, in charge of building the Labors, is believed to be the cause of the incidents. Manufacturing defect or sabotage, officers Noah Izumi and Azuma Shinohara are investigating…

In this police anime movie, a Spider tank terrorizes Newport City. Ridiculed, the Tank Police awkwardly tries to face the danger. This time, it is not an idealistic and easygoing bandit who threatens the fragile balance of the megalopolis, but a sprawling and unforgiving corporation. Back on the scene, Leona, Brenten, Bonaparte, and the Puma sisters, compete in fantasy and eccentricity to fight a determined enemy who perfectly masters the latest masterpieces of technology. ..

Deunan Knute is a female warrior who survives the Global War. When she meets her old love, Briareos Hecatonchires, she finds that he has become a cyborg due to his injuries from the war.

Deunan soon learns that a new race of cyborgs called Bioroids has been created in the peaceful city of Olympus. However, Deunan also discovers that something is sabotaging the Bioroids, causing their lives to be very short, so she dedicates herself to finding out the cause.

In this anime about police and crimes, the police have discovered a new method that allows the police to display the memories of a dead person. They do so to solve many crime and murder cases that they are unable or considered impossible to solve from the beginning.

Society begins to question the privacy of the dead as strangers mess around in their most sensitive and private memories. This also questions the effect it has on those who search through the memories of the dead, which can affect the psychological state of the viewer.

In this anime, there’s a special police force tasked with fighting arson-robberies under the command of Hasegawa Heizo. Heizo is so hard on criminals and so devoted to justice, that he soon got himself a nickname among those he chased: Onihei, the Demon. Once the Demon is on your tail, you can be sure that he won’t stop until you’re brought to justice, and then you have only two choices: either fight or repent.

This is a good police anime that focuses on Kazuki Fuse, who sees before his eyes a young terrorist woman committing suicide, and he becomes haunted by her image and is forced to undergo retraining for his position in the Capital Police special unit. However, unknown to him, he becomes a key player in a dispute between the Capital and Local Police forces, as he meets the victim’s sister and falls in love with her.

This is an anime police story that focuses on a cheerful and motivated 15 years old boy named Ichimura Testunosuke, who decides to get stronger in order to avenge his parents. The latter was assassinated by extremists who are considered a very powerful clan favorable to the emperor. He then tries to enlist in the Shinsen Gumi, which powerful group of warriors nicknamed “the Wolves of Mibu”. Ichi’s apprenticeship will be long and fraught with complications since he will enter Shinsen Gumi as a servant.

The story in this police anime starts with Natsumi Tsujimoto running late on her first day as a patrol officer for the Bokuto Police Department. She’s a spunky moped rider who likes to take shortcuts, but instead, always finds herself chased down and cited by the mechanical genius and expert driver Miyuki Kobayakawa.

Upon arrival at the precinct, Natsumi finds out that her new partner is the same woman who ticketed her earlier, Kobayakawa. In a short period of time, they develop an unbreakable friendship that overcomes traffic accidents, reckless drivers, and even the strongest typhoons to hit Tokyo.

Coming up next we have a more traditional anime about police works. In B: The Beginning, part of the story follows the RIS. The kingdom is usually peaceful, but in the latest months has been plagued by some gruesome murders that seem to be connected as all of them have a mark that looks like a stylized B. The RIS has decided they’re the work of a single killer, codenamed Killer B. However, other reasons seem to push him to investigate the subject …

Tsukiko Sagi, a famous Kawaii plush designer, is assaulted one evening by a mysterious kid armed with a baseball bat and wearing yellow roller skates. While Tsukiko’s colleagues believe in the hoax, the police open an investigation.

First skeptical, the two inspectors in charge of the case will soon discover new assaults by the one everyone now nicknamed the “Batman”. The media take over the news but beware, all those interested in the case are also victims of this strange thug. Paranoia then begins to invade Tokyo …

This is among the top police anime series that is so hilarious and will make you get hooked to it. Following Kankichi Ryotsu, who works at a police station in front of Kameari Park where there’s not a lot of actual crime to fight. That is, except for the constant attempts by Kankichi to get rich with the latest fad that sometimes skirts the law. He never refuses a bet where the money is at stake.

The story of this police anime movie takes place in the near future where technological advances have enabled man to create the Labors, gigantic robots capable of carrying out numerous works.

Unfortunately, they are abused by some unethical individuals who use said technology to commit crimes. To combat this new type of crime, the police had to create a special patrol, the Patlabor.

The story of the Hyper police anime tv show is set In the 22nd century,  where the human race is an endangered species, and monsters and hybrids cohabitate in rebuilt Tokyo, making sure the law sticks is a bit complicated. Natsuki Sasahara, Sakura Bokuseiinmonzeninari, Batanen, and Tomy Fujioka are a group of cops/bounty hunters who try to keep the peace in Tokyo. While they’re not an official police force, they’re the ones who can chase criminals down and keep the public safe, In the meantime.

Despite his stupid looks, bad grades, and lazy character, Hajime Kindaichi is none other than the grandson of Kosuke Kindaichi, a famous detective. Having inherited his grandfather’s incredible spirit of deduction as well as his great intelligence, Hajime spends his time helping the police in complicated cases …

Who doesn’t know about such a masterpiece series “Detective Conan”? which is great police, mystery anime that focuses on the genius Mc Shinichi Kudou, a high school student of astounding talent in detective work. One day, when Shinichi spots two suspicious men, he follows them. So, he becomes a witness to a disturbing illegal activity. Unfortunately, he is caught in the act, so the men dose him with an experimental drug, leaving him to die.

However, to his own astonishment, Shinichi lives to see another day, but now in the body of a seven-year-old child. Perfectly preserving his intelligence. He hides his real identity from everyone, including Ran Mouri and her father, detective Kogorou Mouri. To this end, he takes on the alias of Conan Edogawa. Detective Conan follows Shinichi, as he starts secretly solving the senior Mouri’s cases. While covertly investigating the organization responsible for his state, hoping to reverse the drug’s effects someday.

If you want a good police anime series, well Psycho-Pass is the best tv show about the themes of law against crime! The story takes place in a future where it is now possible to quantify the mental state of a person, this is designated by the term Psycho-Pass. Thanks to this system, it is possible to identify potential criminals.

The Criminal Investigation Section for which Shinya Kogami works is responsible for applying the measures when an individual is deemed dangerous. Akane Tsunemori is a fresh recruit who just joined the section and who will quickly realize that on the ground, things are not as she learned them.

This best military sci-fi police anime series is truly a masterpiece. The series takes place in the year 2030, when many people have become cyborgs with prosthetic bodies. In the Japanese city of Niihama, the series follows the members of Public Security Section 9, a special operations task force made up of former military officers and police detectives. While the group investigates various crimes, both seasons feature ongoing investigations into two incidents that embroil the group in corruption within other branches of the Japanese government.