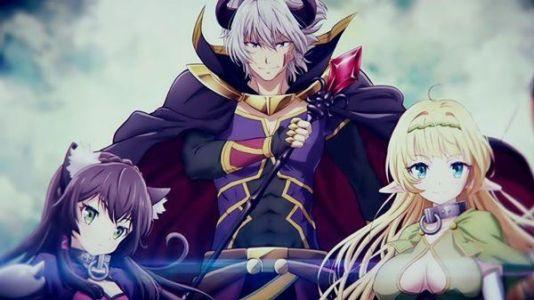 What are The Best Isekai Anime where the Mc become Op?

If you’re an isekai anime lover, then you are in the right spot, there is nothing better than a overpowered mc gets transported to another world, where there is so much adventures, fun, and legendary beings!

So if you like isekai themed tv shows, here is the list of the best 10 Anime series where the mc become op in another world.

This is one of the most recent good isekai anime where the mc become op on our list. The story depicts: When it comes to the fantasy MMORPG Cross Reverie, none can match the power of the Demon King Diablo. Possessing the game’s rarest artifacts and an unrivaled player level, he overpowers all foolish enough to confront him. But despite his fearsome reputation, Diablo’s true identity is Takuma Sakamoto, a shut-in gamer devoid of any social skills. Defeating challengers, Takuma cares only about his virtual life—until a summoning spell transports him to another world. 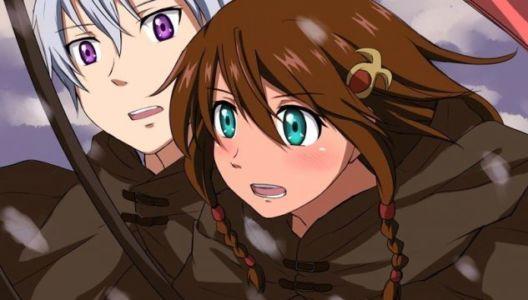 Here is a great Japanese animated series that focuses on an op mc who gets transported to another world. Set In a distant future, where a majority of humans left the Earth, and the Galactic Alliance of Humanity are the one guide exploration and ensure the prosperity of mankind.

However, a significant threat arises in the form of strange creatures called Hideauze, resulting in an interstellar war to prevent humanity’s extinction. That is to say, Armed with Chamber, an autonomous robot, 16-year-old lieutenant Ledo of the Galactic Alliance joins the battle against the monsters. In an unfortunate turn of events, Ledo loses control during the battle and cast out to the far reaches of space, crash-landing on a waterlogged Earth. 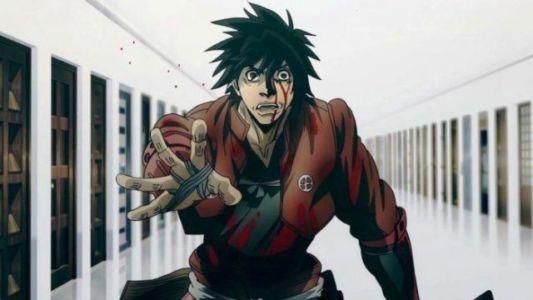 Well, Everything that you would like in an anime, will be available in this one, because drifters has epic fights, awesome soundtracks, fantasy world, and many overpowered characters, which really will make you wanna watch this tv show ASAP!

This action isekai anime where the mc become op, follows the Battle of Sekigahara, where Toyohisa Shimazu is the rearguard for his retreating troops, and critically wounded when he suddenly finds himself in a hallway. Facing only a stoic man named Murasaki and hundreds of doors on both sides, Toyohisa pulled into the nearest door and into a world completely unlike his own. 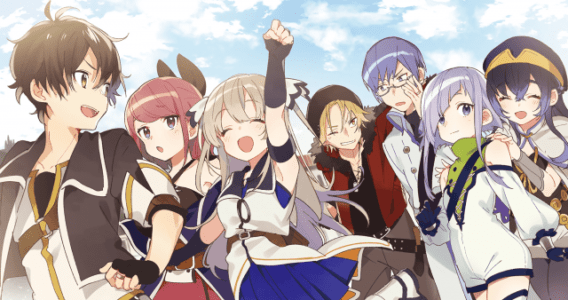 This Anime series follows the main character Asahi, whose life in reality ended simultaneously when she died playing Union, a world-renowned online RPG. The members of Subaru went separate ways when Union shut down due to Asahi’s death. Six years later, Haruto logs onto a renewed version of Re’Union and reunites with Asahi who had died. Likewise Is it really her or just an electronic ghost? In conclusion the former team members reunite and enter the mysterious and deadly online game to find out. 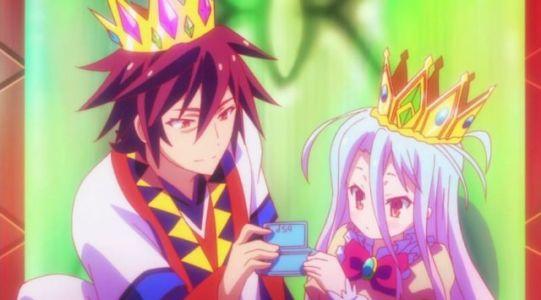 With themes of Game, Isekai, and a Genius Op Mc, No Game No Life anime series is the best on this list that you should watch right now!

This is a surreal comedy anime that follows Sora and Shiro, shut-in NEET siblings and the online gamer duo behind the legendary username “Blank.” They view the real world as just another lousy game; however, a strange e-mail challenging them to a chess match changes everything—the brother and sister plunged into an otherworldly realm where they meet Tet, the God of Games. 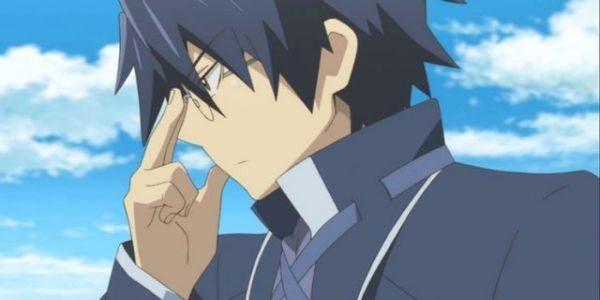 we cant talk about an isekai anime where the mc become op in another world, without mentioning the log horizon tv show which depicts: In the blink of an eye, thirty thousand bewildered Japanese gamers whisked from their everyday lives into the world of the popular MMORPG, Elder Tale, after the game’s latest update—unable to log out.

Moreover Among them is the socially awkward college student Shiroe, whose confusion and shock lasts only a moment as, a veteran of the game, he immediately sets out to explore the limits of his new reality. 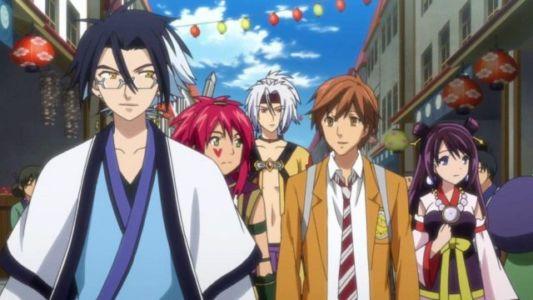 As a young boy from a noble family in Amawakuni, Arata has always expected to make life his own—until word of the princess growing weak reaches his city. Unbeknown to him, his grandmother claimed him to be female at birth, and now, with no other girls to succeed the princess from the matriarchal Hime clan, he is next in line for the throne! Disguise as a woman awaiting a replacement to be found, Arata witnesses an assassination attempt on the princess by none other than her own guard, the 12 Shinsho.

Consistently The crime is pinned on his head, forcing Arata to escape to the Kando forest, where it is said that no one comes out the same. Meanwhile, in modern-day Japan, Arata Hinohara longs for escape from the cruelty of his classmates. Subsequently Hearing his name called from an alley, he wanders from his path and unwittingly switches universes with Arata from Amawakuni.

With his own power as a newly awakened “Sho”—a warrior able to wield Hayagami, weapons with the power of the gods—and the help of his companions he meets along his journey, Hinohara sets out to restore order to this new world. 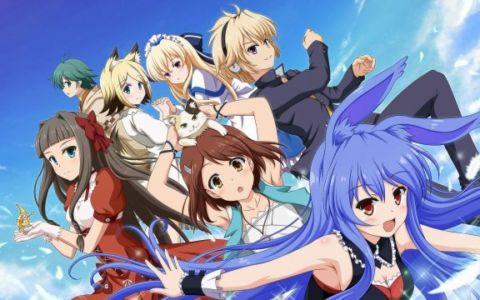 This is one of the most greatest isekai anime where the mc become op that i have ever seen! the overpowered Izayoi Sakamaki, Asuka Kudou, and You Kasukabe are extraordinary teenagers having overpowered psychic powers but completely fed up with their disproportionately mundane lives—until, unexpectedly, each of them receives a strange envelope containing an invitation to transports into a another yet a mysterious world known as Little Garden.

Inexplicably dropped into a new world, Kurousagi explains that they have been given a once-in-a-lifetime chance to participate in special high-stakes games using their abilities. In order to take part, however, they must first join a community.

Learning that Kurousagi’s community “No Names” has lost its official status and bountiful land due to their defeat at the hands of a demon lord, the group sets off to help reclaim their new home’s dignity, eager to protect its residents and explore the excitement that Little Garden has to offer. 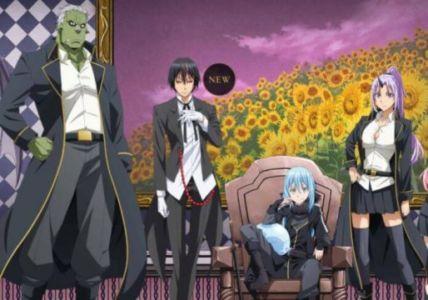 Have you ever thought that a cute slime can be an overpowered mc in anime, and you should not mess with! well, this is true. this isekai isekai anime where the mc become op showcases the story of Satoru Mikami, a typical corporate worker, who is perfectly content with his monotonous lifestyle in Tokyo.

Hence, In the midst of a casual encounter with his colleague, he falls victim to a random assailant on the streets.

However, while succumbing to his injuries, a peculiar voice echoes in his mind, and recites a bunch of commands which the dying man cannot make sense of.

When Satoru regains consciousness, he discovers that he has reincarnated as a goop of slime in an unfamiliar realm. In doing so, he acquires newfound skills—notably, the power to devour anything and mimic its appearance and abilities.

He then stumbles upon the sealed Catastrophe-level monster “Storm Dragon” Verudora who sealed away for the past 300 years for devastating a town to ashes. Subsequently Sympathetic to his predicament, Satoru befriends him, promising to assist in destroying the seal. In return, Verudora bestows upon him the name Rimuru Tempest to grant him divine protection.

1. Tate no Yuusha no Nariagari 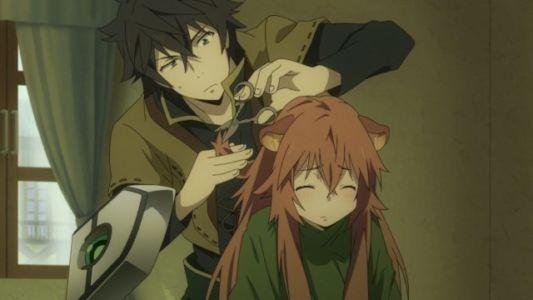 This is not only a great isekai anime series, but also a show that will teach you to never give up, never fall down, and never submit to what others thinks of you, the whole story revolves around getting accused for something that our mc didn’t do!

This isekai anime where the mc become op, depicts the tale of The Four Cardinal Heroes, who  are a group of ordinary men from modern-day Japan summoned to the kingdom of Melromarc to become its saviors. Moreover, Melromarc plagued by the Waves of Catastrophe that have ravaged the land and brought disaster to its citizens for centuries.

Likewise The four heroes are respectively bestowed a sword, spear, bow, and shield to vanquish these Waves. Naofumi Iwatani, becomes cursed with the fate of being the “Shield Hero”. Armed with measly shield, Naofumi ridiculed by his fellow heroes and the kingdom due to his weak offensive capabilities.