Anime like sword art online Recommendations, that will give you the same ecstasy that you’ve experienced during watching SAO.

Probably a lot of Anime Fans prefers watching anime where characters are living in a fantasy world within a virtual world which might be only found in a video game.

Sword Art Online is a great sample, so if you are really into this kind of Game Anime Like Series!

The anime follows Yukiteru Amano, a young boy who is given a dairy with the power to telling the future.

With the help of this amazing power, Yuki participates in a battle royale with eleven others.

The contestants are given special diaries that can predict the future, each diary possessing unique features that give it both advantages and disadvantages.

Within the next 90 days, the contestants must try to survive until there is only one left standing.

Ouma Shu is a 17 year-old boy who obtains a rare and great power in his right hand, “voids,” or tools/weapons that are the manifestations of peoples’ hearts.

He has been usually a shy boy since a childhood tragedy, but both his personality and life change forever when he meets a girl named Yuzuriha Inori.

She is a member of the rebel group called “Undertakers,” whose members seek the restoration of self-government in Japan via the ousting of GHQ. 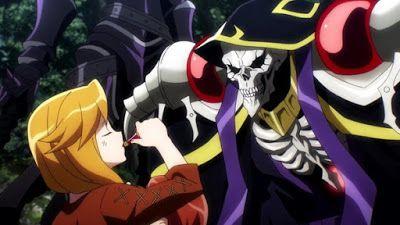 The Anime story center around Yggdrasil, a popular online game which is shut down one day, and this is just like what happens in sword art online.

while, Momonga decides to log out as the server shuts down, he found himself trapped in the world of Yggdrasil as a powerful skeletal wizard.

Momonga becomes cold and calculating while having his emotions suppressed, as if he was not an actual human. Introduction To The 15 Most Expensive Cars of the World in 2021 The passion for exotic supercars has no limits,...

Top 10 Anime Where MC Is OP And Badass

The 21 Best Riddles for Teens to Play!