The Google Play Store and IOS App Store are full of Anime Mobile games, but not all of them worth downloading.

so that’s why today We’ve rounded up a list of top 10 Best Anime Mobile Games List For your Android and IOS,  to help you Browse the Play Store and App Store myriad online and offline games titles.

Now you will explore various games genres that have one thing in common ‘Anime & Manga Series Theme‘ along with links to Download and install your Favorite Anime games on your Mobile be it Android, iPhone, or tablet.

Keep in mind that this gaming list contains only the best anime phone games that have international releases for the sake of fairness.

Hence, Feel free to add your own top games picks in the comments. 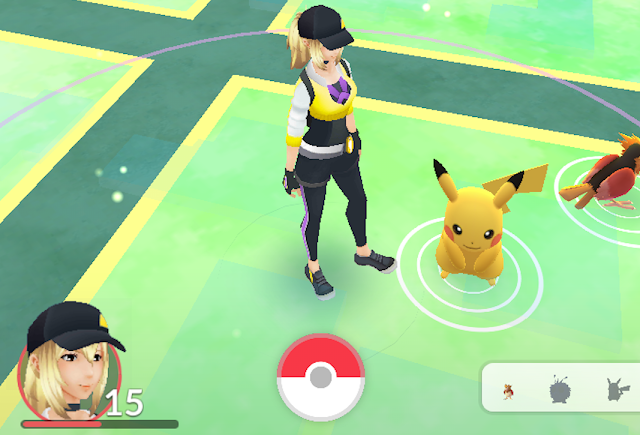 This is Diffinetly One of The Best mobile anime games That ever happened with its Huge Number of Downloads Worldwide and the unique success that Pokemon Go had obtained.
Pokémon Go is a free game to play, location-based augmented reality game developed by Niantic for iOS and Android devices.
It was initially released in selected countries in July 2016.
So play this adventure game to find Venusaur, Charizard, Blastoise, Pikachu, and many other Pokémon who have been discovered on planet Earth!

so get your shoes on, step outside, and explore the world.

You’ll join one of three teams and battle for the prestige. 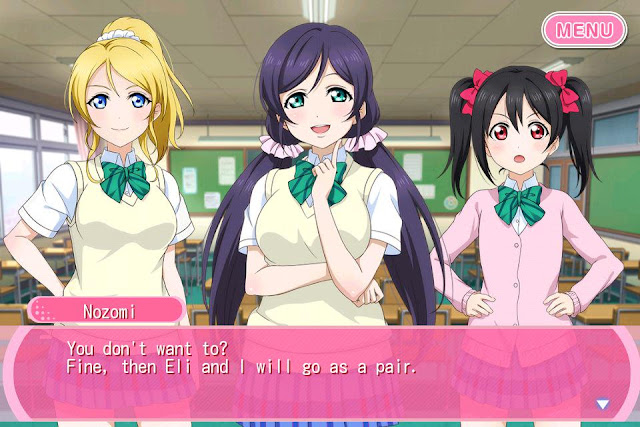 “School Idol Project” This is one of the Greatest and best Anime Mobile Games on this list.

this anime game makes its AppStore debut! With their massive success in Japan, now the school idols go worldwide with this rhythm action game!

along with amazing and exclusive songs in the Love Live! universe the game is available in English!

So if you love anime girls here is a a japanese anime game where you can Manage the school idol group. 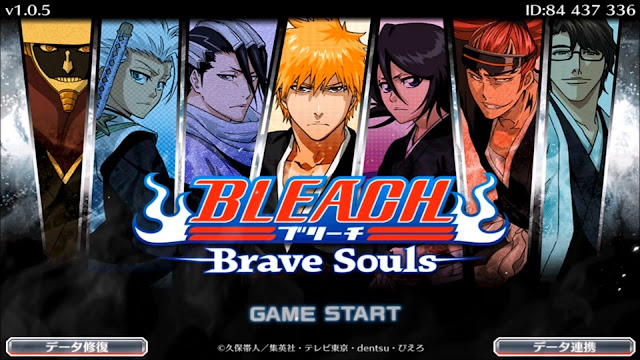 Adapted from the Japanese Anime and Manga Series “Bleach” this EXCITING 3D Video Game offers Epic Action 3D graphics and simple controls that allows us to epic special moves  and fast-paced hack-and-slash action.
So, As im a big bleach fan I really liked how the game stayed faithful to the original series especially Ichigo’s Bankai, Tensa Zangetsu, is a jet-black sword that condenses his power, making him very fast in combat.
but even though You don’t need to be a Bleach fan in order to enjoy this game, just by seeing the number of downloads which is 15 Million Worldwide Downloads you will definitely love to have it in your smartphone.
This is One of My best anime games of all time!
Download it from here: Platforms: Android and iOS 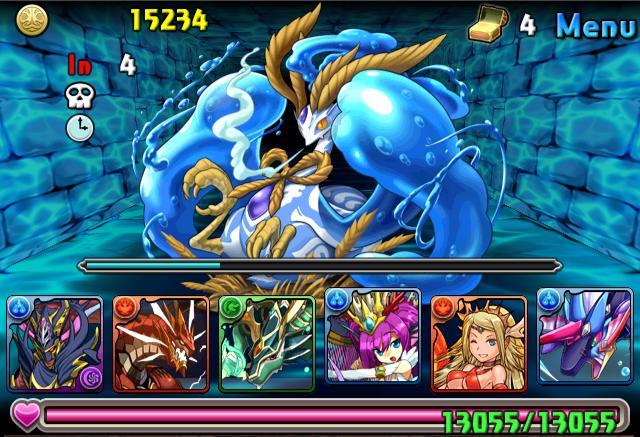 Puzzle & Dragons is a puzzle video game with elements of RPGs and strategy games, developed by GungHo Online Entertainment for the iOS, Android, and Kindle Fire platforms.
it is a classic game, it already collaborated with huge names like Rurouni Kenshin and Attack on Titan, just go fort and Team up with your friends and tackle all-new enemies!
Puzzle & Dragons is both a Puzzle video game, and a Role-playing game.
Download it from here: Platforms: Android and iOS

With This Japense Anime Game Now you can experience all the nonstop action in the palm of your hand!.
The story is not exactly amazing, but I promise you to have a lot of fun during playing it.
Just Faceoff against formidable adversaries from the world of dragon ball anime and manga series!
Explore your favorite areas in a whole new way with unique board-game-style gameplay!
Utilize various items and power-ups to strengthen your team and steel yourself for the battles ahead!
Download it from here: Platforms: Android and iOS 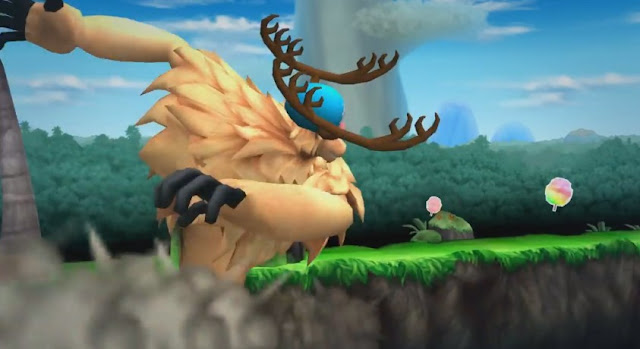 in this One Piece Anime Game, All you do is Take control of your favorite little reindeer “Chopper” as he races across the world in “ONE PIECE Run, Chopper,Run!”
This Mobile Game offers you the ability to Sprint and leap your way through the terrain.
Hence, what makes it amazing is that Chopper can transform into many forms! yeah this anime video game stayed faithful to Chopper’s Anime & Manga Character development.
Download it From here: Platforms: Android and iOS 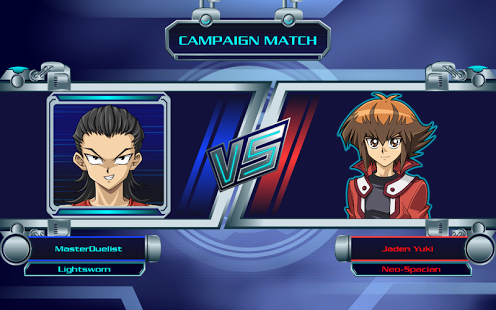 Yu-Gi-Oh! Duel Generation is a Japanese anime free game, playable through iPad, Android devices or Kindle Fire.
Furthermore, Yu Gi Oh Video Game is currently available on iTunes and Google Play
Hence, this is THE WORLD’S BEST-SELLING TRADING CARD GAME!
So, It’s Time to Duel! Enjoy thrilling gaming duels against players from around the world and characters from the anime and manga TV series!
Just have fun while Collecting cards that represent powerful Monsters, magical Spells and surprising Traps to build a winning Deck to smite your foes.
Keep in mind that this is an offline and online video game, which also has a  unique weekly challenges.
Download it from here: Platforms: Android and iOS

You can now play Tales of Link Video Game on your Apple iOS or Android device in English.
this video game is not quite an anime game adaptation. but, it allows you to use and pick some favorite anime characters to plays with.
this lightweight JRPG game by BANDAI NAMCO Entertainment is filled with basic puzzling combat, Tales of LINK is fun, generous, but might not set your world on fire.
Furthermore, don’t worry The game is pretty simple to play.
Download it from here: Platforms: Android and iOS This Game is not a Puzzle and Dragons killer, in this mobile game PULL! SLING! BOUNCE! STRIKE! WIN!
So Join a community of over thirty million Gamers worldwide!
Monster Strike is the perfect free mobile video game for friends and family.
Furthermore, this iOS and Android Game is a physics video game with elements of RPGs, strategy games and cooperative multiplayer.
It is developed by Mixi for the iOS and Android platforms.
The game was co-created by Yoshiki Okamoto.
Also, keep in mind that Monster Strike Video Game even got an anime series adaptation.
Download it from Here: Platforms: Android and iOS 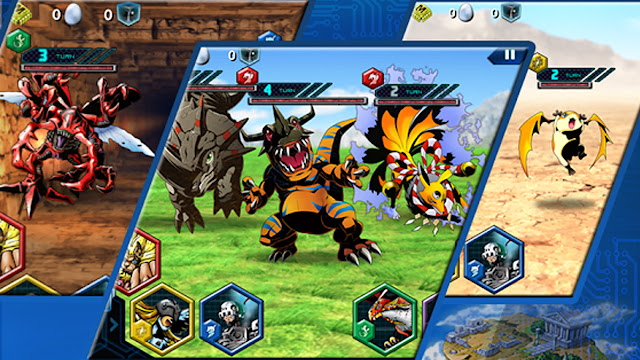 Digimon Heroes! is a match-3 Card Battle adventure mobile video game featuring an all-star cast of more than 1000 of your favorite DIGIMON Anime and Manga characters in the palm of your hand.
so Really, i have known various anime mobile games, but i have to admit that this one is quite has a unique experience and so much fun to offer.
in This Japanese Anime Game Players can access PvP Events once they reach Level 40!
So, just download this Great Card battle adventure mobile video game, build your teams, and conquer your enemies all over the Digital World of File Island.
Download it from here: Platforms: Android and iOS
Advertisement