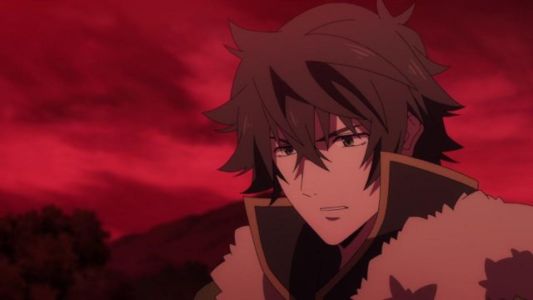 The 10 Best Anime Series Where the MC is Lonely

Hey everyone and welcome back to bakabuzz. Everyone has felt a little lonely sometimes, and I have been fortunate enough to have people to turn to in my life.

Unfortunately, the main characters in this list are not as lucky.

So if you have times when you think you fell alone and lonely, you can find comfort in the fact that, you’re not one of these anime characters. We follow our main character around a world inhabited by creatures called gems. These gems need to work together if they are to survive against a common enemy.

First released in October of 2017, this anime is filled with action, drama, fantasy and is definitely entertaining.

Read Also: The 10 Best Anime Where Mc is Emotionless and Cold

9. Welcome to the NHK In this anime we have a shut-in, college dropout by the name of Tatsuhiro Satou, and he believes that an evil organization called the NHK is out to get him.

He is more isolated, rather than lonely, but this comedy filled anime still deserves a spot on this list. Also known as “Natsume’s Book of Friends”, this anime is about a boy who gains the power to control youkai after his grandmother passes away.

She gifts him with a book known as the “Book of Friends”, which has the names of all the spirits that Natsume’s grandmother was able to control.

This show deals with a big supernatural theme, and was aired from July to September of 2008. Have you ever been so lonely that your right hand is your only comfort?

Now before your head goes swimming in the gutter, this is actually the case for Seiji Sawamura where after being rejected by many girls, he vows to finish high school with his right hand as his girlfriend, only to wake up the next morning with a small girl where his hand should be. A sci-fi thriller with lots of action, first appearing in April of 2007, Darker Than Black tells the story of people exchanging what makes them human for unbelievable abilities.

Although, even with all the power in the world, sometimes not even all that will make you feel less lonely. Also known by its Japanese name “Jigoku Shoujo”, this show gives us an experience of just how dark some anime can be.

The main character known as the Hell Girl will accept requests of people who wish the worst upon their enemies by taking the chosen person to hell.

However, the payment for this request is to pay the ultimate price yourself, by spending your entire afterlife in hell. The anime “My Teen Romantic Comedy” as it’s known in English, we follow the story of a rather pessimistic boy named Hachiman Hikigaya, who one might say is… not really a peoples person.

He is very much on his own for the first few episodes, but eventually get’s more comfortable with those around him.

Some people have felt like they don’t belong, even in their own homes.

Well thankfully it’s not as bad as Kazuma Yagami, who is suspected of murdering his own family members.

First appearing in April of 2007, this action,romance and magic filled anime is sure to keep you entertained. One of the advantages of living alone is you get to do what you want to do, however one of the main disadvantages is that you have to take care of yourself, and in the case of Rei Kiriyama, he does not take care of himself and becomes a recluse and becomes very lonely, that is until he meets a group of sisters who help him get back on his feet and social again. First released in January of 2019, with not only a second, but a third season on its way, we get to probably one of the loneliest characters in recent anime.

Naofumi has to rely on himself for most of the anime, and isn’t really welcome in society after his reputation was uprightly destroyed.

And with that, we have come to the end of today’s article of the loneliest main characters. If you liked this article, please bookmarks our website to see more topics like this.

Anyway, thank you so much for reading and we’ll see you in the next new anime list.