The Best Vampire Anime Girls of All Time

Hey again anime fans, welcome to this post that features the best, cutest, and deadliest vampire anime girls of all time.

from classics to the newest series, we have compiled so many female anime characters, that you will really fall in love with, even at the cost of getting your blood sucked out of your veins…

with no further ado, let’s jump to the countdown of our 22 Vampire Anime Girls that you mustn’t mess With! 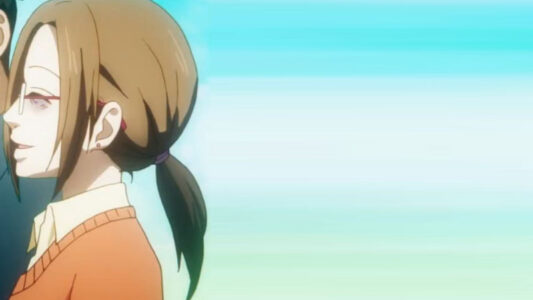 the first anime vampire girl on our list is Yuuko Tamaru from Devils Line which is a good series that you should really watch. Yuuko is a girl with a sad dark backstory, and I’m not gonna talk about that, so as to not spoil the whole show for you.

Like all vampire girls in anime or movies, at the sight of blood, this girl will turn into a Fierce vampire. Therefore, Upon seeing her prey, her eyes turn red, veins appear around her eyes and veins, nails became claws, and her teeth will sharpen and gets ready to suck some blood. 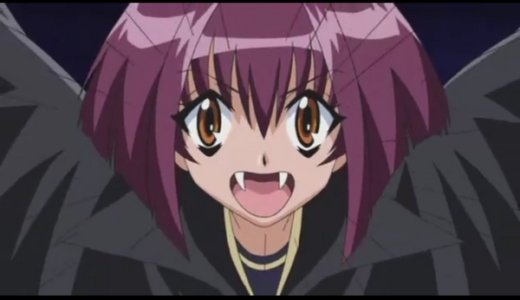 Next up among the best vampire anime girls, we have this chibi female character called Karin, a lovely girl “blood-producing” vampire.

Yeah, her body produces blood, which means she doesn’t need to feed on humans in order to survive. However, sometimes when she senses danger, unhappiness, or gets embarrassment, her blood levels increase dramatically! which results in frequent nosebleeds.

20. Redcurrant from Mahoutsukai no Yome 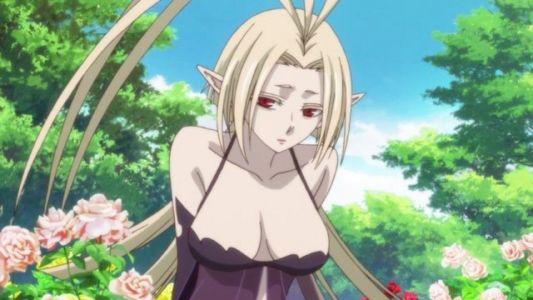 Behold, one of the most beautiful vampire anime girls of all time, this girl comes with pretty eyes as red as currants and pointed ears, which will probably wow you with her beauty.

Redcurrant is so gentle and not that type of evil species, as she is carefree and doesn’t pay much attention to appearances, focusing only on talent, which she trades for her life energy “Blood”. 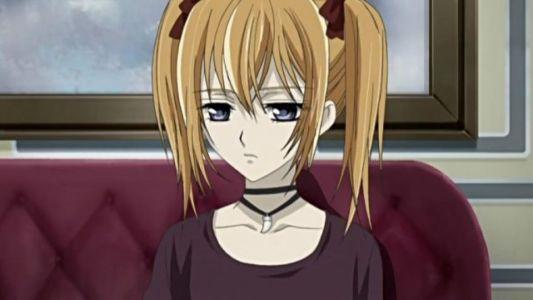 It’s Time for a pretty sweet anime vampire model girl to enter the podium, Rima Touya from Vampire Knight is one of the youngest Night Class students who has a close relationship of an unknown nature with Senri Shiki

And, In some Vampire Knight flashbacks, we will discover that Rima has a passion for acting despite her career as a model.

18. Krul Tepes from Owari no Seraph

From the Amazing Owari no Seraph anime series, comes this loli bad female vampire. If you mess with her or try to get close too, she is one of those vampire anime girls, who will instantly suck your blood out!

In the series, Krul Tepes serves as a secondary main character and the one that twisted the plot of the shows, by turning Mikaela Hyakuya and Mahiru Hīragi into vampires. 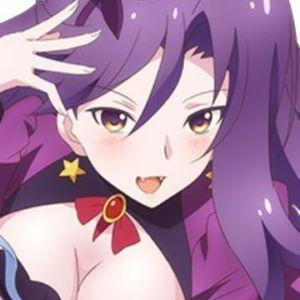 Almeria is among the prettiest anime vampire girls, that will make you wish to get sucked by her pretty teeth, yeah! because she is simply an extremely pretty female anime character, with a well-shaped body.

She is the main protagonist Ange Vierge series, who is usually seen fighting using blood. Meanwhile, she thinks that feeding on others is absurd, thus, she has not fed on anyone yet. 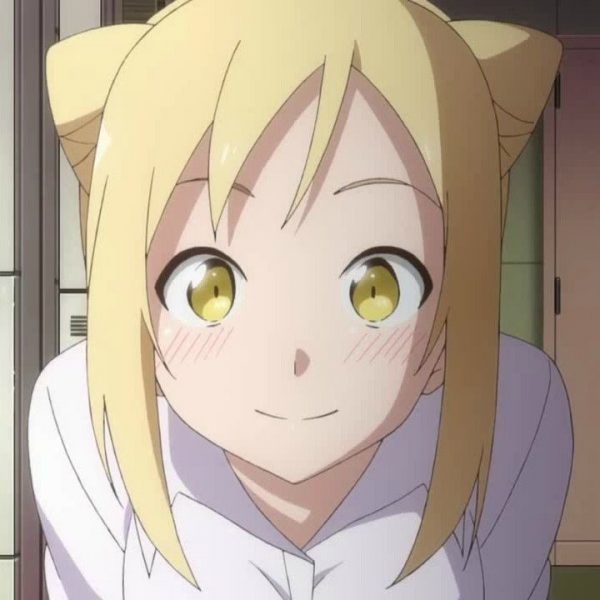 I can probably name her “the best anime waifu of all time”, Hikari is hilarious, gorgeous, and a cheery vampire anime girl by nature.

She restrains herself from sucking the blood out of others’ necks. Instead, she takes her nutrition from government-issued blood packs disguised as tomato juice. I really like seeing her on the show, as she adds an energetic, full-spirited touch to the series. 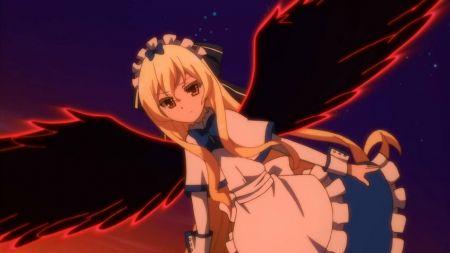 There is Dracula, and Now we have Draculair, a pretty vampire anime girl, and Leticia Draculea one of the purest blooded vampires and the rarest to exist. in the anime series, it is said that she is a former Demon Lord.

She is so powerful and can control the power of darkness and shadows. this girl has a dark past, as she lost most of the people that she ever loved and cared about, and has been alone for thousands of years before meeting the NoName community and starts working with them as a maid. 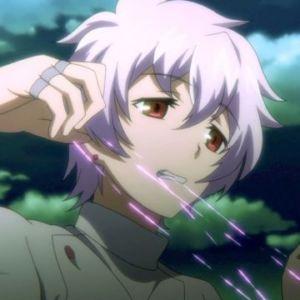 Otogiri is one of the hottest vampire anime girls on our list, she is so lovely, very calm and rarely speaks.

This pretty bloodsucker is hardly ever shown expressing emotion. She is stoic and indifferent but also cautious and intelligent compared to the rest of Tsubaki’s sub-classmates. 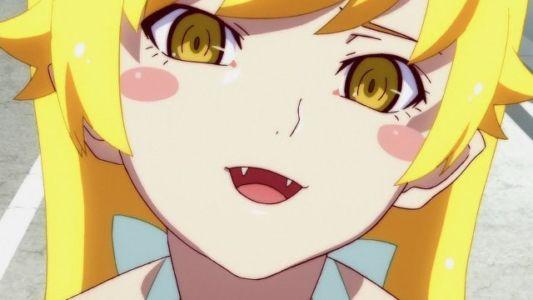 From the awesome anime series Bakemonogatari, we have Shinobu Oshino, a cute mysterious vampire anime girl who lives with Meme Oshino in an abandoned School. In the series, she seems to love donuts and resides in Koyomi Araragi’s shadow during the day.

12. Mina Tepes from Dance in the Vampire Bund

Mina Tepes is a pretty girl, who plays the role of the queen of all vampires, in the anime series, Like many vampire tales, Mina and her people have been hidden for many years.

Hence, the queen will seek to end years of isolation, then she gets permission to establish a special district called The Bund, where vampires may live. Mina then reveals to the world the existence of vampires and her desire for both races to live together.

11. Youko Shiragami from Actually I Am… 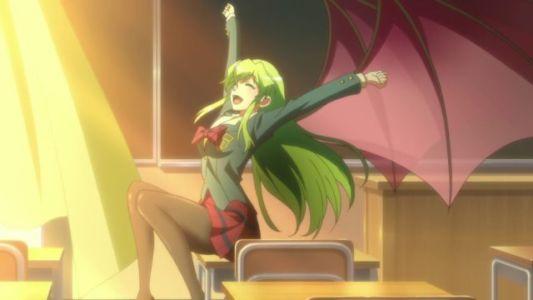 Shiragami Youko is the main female protagonist of the Jitsu wa Watashi wa anime series., she is a demi vampire anime girl. In the series, Youko will join a human school under a condition, which is to hide the truth of being a vampire. However, her secret will be revealed to Kuromine Asahi, who while getting ready to confess his love to her, surprisingly, witnesses her as she unfolded her wings in an empty classroom. 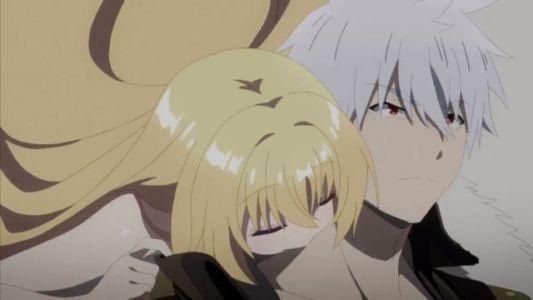 Arifureta is a cool Isekai anime, that offers us one of the best lovely vampire anime girls ever, Yue in the series; is a female vampire who was imprisoned in the abyss.

This anime girl has a unique skill to regenerate her body. She was once a princess, until being betrayed by her uncle and peers because of her monstrous magic and being nearly immortal. 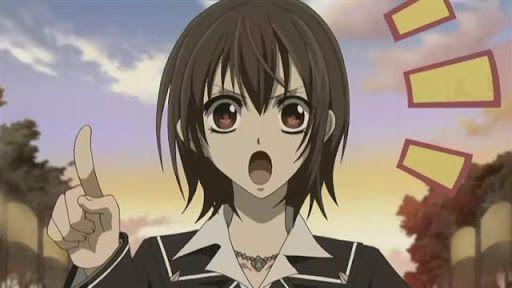 Next up, we have Yuuki Cross another beautiful vampire anime girl, who serves as one of the main characters of the Vampire Knight series.

It is a great show that you really need to watch! Yuuki used to be a student and Guardian of Cross Academy. Later, in the series, we will discover that she is a special vampire, given that vampires are especially drawn to her blood. 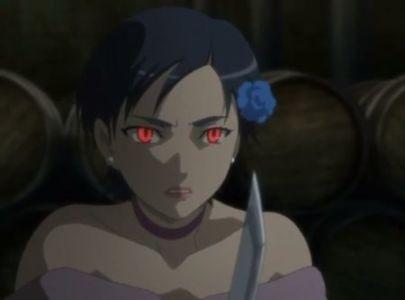 Saya Otonashi is the main character of the anime series, Blood+. this badass vampire girl is the firstborn of the daughters of the Chiropteran Mummy.

Before recovering from a Coma, and bringing back her memories she served under the U.S. military faction Red Shield as their ‘secret weapon’ to take down Chiropterans. 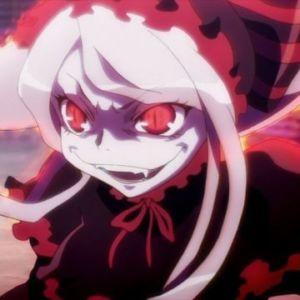 Overlord is a good anime series, that has so many interesting characters, be it, girls or boys, Shalltear Bloodfallen is one of them, as she is a true vampire and a Floor Guardian of the first to third floors in the Great Tomb of Nazarick.

Shalltear is a vampire girl of a loli form and looks like a fourteen-year-old girl, she has a very seductive and flirty personality and is open with her $exual preferences. often she teases her group, including her master Ainz.

She is a Hot Anime girl, a ninja, and a $exy anime vampire, in the series, Seraphim, is one of the main characters and harem girls that live with Ayumu.

As a Ninja, she is so strong, and as a vampire, she periodically requires blood to stay alive and can anesthetize only girls with a kiss in order to numb the pain from neck bites. since kissing a boy means marriage in her cult’s rules. 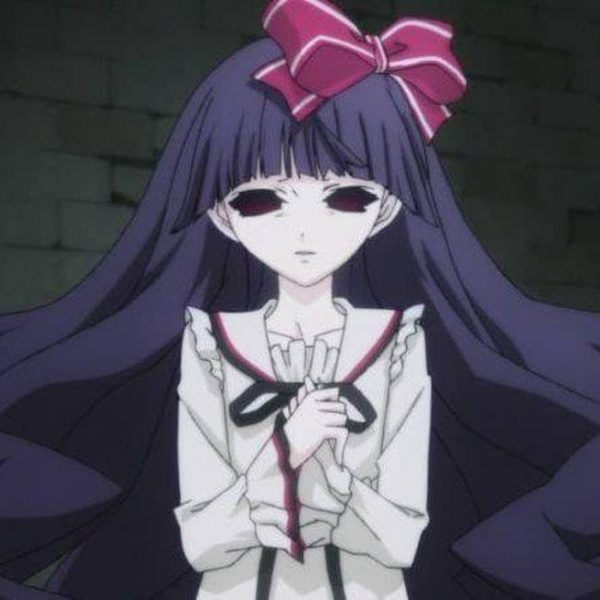 I can’t ignore describing this anime, because I’m in love with this anime series, it has everything that makes a completely magnificent tv show that is enjoyable to watch…

Back to our main topic, which is to talk about the best vampire anime girls – Sunako from Shiki is an anime character that was really intriguing and her role as leader of the vampires throughout the series made her even more desirable.

She is mature and understanding, as she does not kill out of malice, but for survival, and wants to create a safe place for the vampires so that they could live in freedom.

Arcueid Brunestud is one of the best pretty mature anime girls of all time, and in the series, she is one of the five main characters.

This vampire anime girl is ignorant of her nature as a vampire and the consequences of drinking blood, that is why she was easily tricked into drinking some blood which resulted in losing control and turning berserk. and the story goes from there. 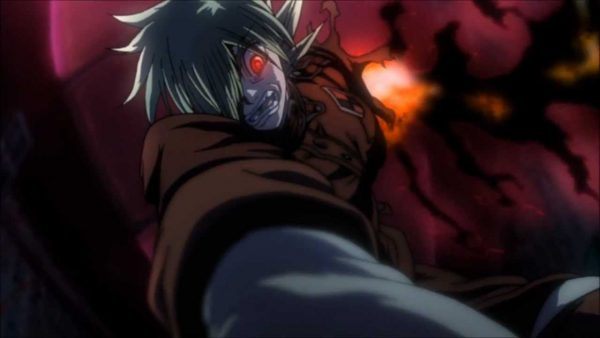 We all like to see those pretty crimson red eyes of vampires in anime, and Seras is usually ready to show them when enraged, or in her full vampire state!

In the series, she started as an ordinary human policewoman sent to investigate the troubles of a Village, where her squad is wiped out and she is nearly raped and killed by a mad vampire priest.

Luckily, the main protagonist Alucard will save her by turning her into a vampire, and then she joins Hellsing as Alucard’s minion.

In the Shiki Anime Series, Megumi Shimizu was a beautiful young girl from Sotoba, who was the first person to get tragically murdered by the Kirishiki Vampires family.

This girl is the one that twisted the whole plot of the series, as She was the first person to Knowsley rise up as a vampire several days after her death. 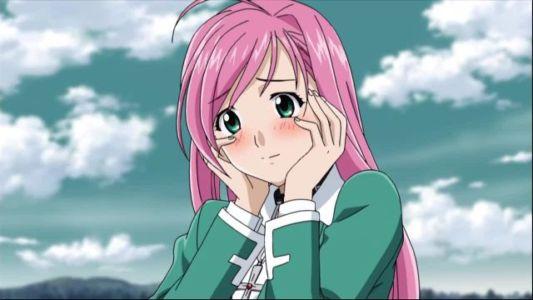 Coming at number 1 on the best vampire anime girls list, Moka Akashiya, who is the main character of the Japanese manga and anime series Rosario + Vampire.

This badass powerful female vampire serves as the love interest to the Mc Tsukune Aono, who is the only human enrolled in a school of monsters. Their romantic relationship initially starts when Moka tasted Tsukune’s blood.

later, in the series, we will know that the magical object around her neck, is restricting her bad inner nature. So; once it’s removed, she turns into a Cold and arrogant girl. a totally different personality from the kind and loving Moka.

The Best Fantasy Anime Series of 2019   Hi everyone! today we are going to…

Anime where the MC is Betrayed and Explodes with Rage   Hello Anime Lovers; here…

Top 10 Anime with Super Overpowered, Badass, and Smart MC Hey everyone, and welcome back…