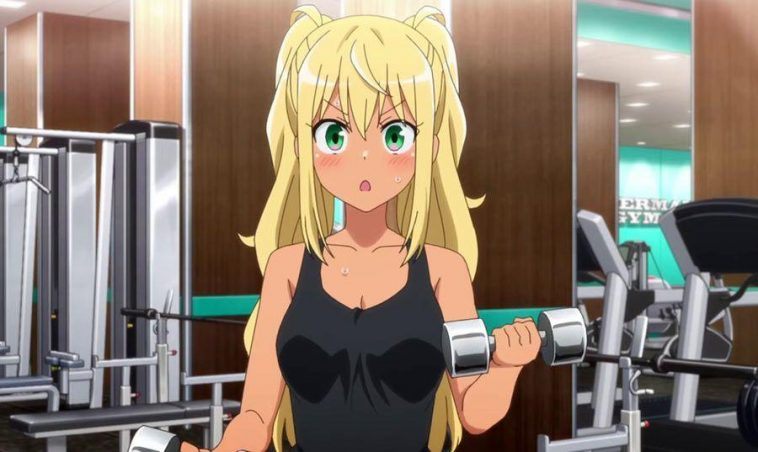 2019 still fresh, and seems like all the released series are doing so good so far!

I really believe that whenever there is a great anime there will be some good female characters behind it success.

In the real world, we can’t live without girls! and in Anime Dont think for a second that they are present just for entertainment!

Because, in Anime World female characters can Love, Cares, Attack and Protects!

Without no Further Ado, Here is a list that will depicts the Best Anime Girls of 2019 so Far! She is the main female characters of the Arifureta series. Yue is a gorgeous vampire anime girl,  and she is Hajime’s lover.

This Beautiful anime girl is loyal, who always cares and prioritize hajime’s safety and happiness more than her own. Here is a Cute Busty Anime Teacher, Eventhough, her personality is cold and reserved, Kirisu is also considered to be a pretty Woman, and she is admired by both colleagues and students. Ao Horie is one of the most mesmerizing hot and beautiful anime girls in 2019.

Her father is a professional erotica writer. She doesn’t want to believe that she’s inherited his lewd nature, but her way of thinking has a lot more in common with his than she thinks. Hibiki is a Gorgeous tan-skinned teenage anime girl who likes junk food a lot, she will goes to the Silverman Gym in order to lose wight, In In there, her sexy outfit shows us how hot and sexy she really is. Mamako is kindhearted and leads the party. She is a pretty anime girl who became overprotective when it comes to her son. She is a very powerful adventurer, and in fact Masato often says that her attacks are overpowered.
and yeah for me she is not only of the prettiest girls but among the best milfs in anime history. Anime: ‘That Time I Got Reincarnated As A Slime’

Milim is a Demon Lord Anime girl, although she seems pretty, but she is a tyrant due to her childishly irritable personality combined with her overpower.

Cute, Sweet, and Sexy, but she is honest to an extreme, where She boldly says her demands and wreck havoc if they are rejected. Asuna usually makes the number 1 in all anime girls ranking lists, she is a gorgeous anime girl who has long, orange-brownish chestnut hair and hazel eyes.

Being extremely pretty, Asuna also is a kind, emotional, caring, good cooker, and a helpful young woman. that why she receives many invitations and proposals. Emma is a cute and a smart anime girl who usually proves herself to be one of the most reliable orphans in Grace Field House.

Therefore, Due to her caring, sweet, and unlimited love, she is often seen surrounded by friends. Rin Azuma is another beauty among the best anime girls of 2019 so far! she is the female protagonist in the series.

Moreover, In the Anime She decides to become an adventurer with Taichi, but this girl often gets flustered with his words and actions.

Read Also: The 28 Cutest Anime Girls that will Melt your Heart Despite her 800 years-old-age, Senko looks like a “lolita”, she is damn cute, and lovely.

Hence, what i like about her is Senko often describes herself as a “mother and wife”, as she pamper and look after Kuroto while simultaneously cleaning and caring for his residence. Kaguya Shinomiya is wealthy, talented, and one of the smartest anime girls in history.

Hence, she got one problem, which is being madly in love with her fellow student council member Miyuki Shirogane, but she can’t tell him.

Instead, she’s going to play a love game to force him to confess to her first! Miku is a pretty, gorgeous, and sexy anime girl, but her personality is reserved, silent and emotionless.

Still, her beauty covers her personality and that’s why she is on this list of the best anime girls of 2019.

Frankly, The Quintessential Quintuplets is the best anime series that contains various beautiful girls that will melt your heart!

So, if you love anime chicks, just go and check this tv show as soon as possible. Demon Slayer what a great anime series, it really exceeded all expectation and its doing good so far!

In Demon Slayer Anime Series, Nezuko is Tanjiro’s younger sister, who is a beautiful human girl who will later turns into a Demon.

As a human she was kind and a caring girl, who thinks of others before herself much like her older brother Tanjiro.

And, as a demon, She is still very caring and protective towards other humans, and she fiercely guards her brother whenever his safety is threatened. Chika is of the best damn beautiful cute young anime girls ever seen! she will wows you her silver long hair, pale skin, blue eyes ditzy.

Furthermore, She likes to gossip and often throws a wrench in Shinomiya and Shirogane’s plans due to her unpredictability.

Even so, she’s quite a bit more well-adjusted than her fellow student council members and sometimes takes it upon herself to teach them how to overcome their shortcomings. Anime: The Rising of the Shield Hero

Behold the best girl in our list of the prettiest anime chicks of 2019.

Raphtalia, as a child was a slave with a timid, sickly, and fearful personality.

However, this Cute Slave, and A Lovely tanuki demi-human, will grows up and turns into a fine beautiful anime woman that everyone falls for her at first sight.

She is always ready to put her own life on the line to assists the main character Naofumi Iwatani in his quest. 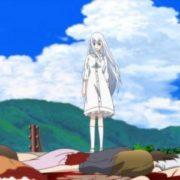 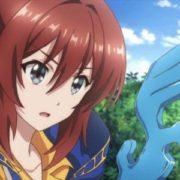